Weather:
Skies partly cloudy with periods of good visibility then periods with no visibility
Intermittent light snow showers
Winds light from the NE above treeline
Temperatures in the upper 20’s F at treeline and low 30’s F at 1,000′

Snow surface conditions:
1 cm of new snow over the course of the day. Soft settled powder below new snow; this sits on top of a crust from 1000′ to 2000′.

Snowpack Observations:
Three snow pits. All targeting a layer of buried surface hoar that has been causing current avalanche concerns.

Bottom Line for today’s obs:
The Westerly aspects of Tincan up to 3,000′ are showing signs of the buried surface hoar becoming less reactive and adjusting to the load placed on it several days ago (25-30″ from 12/14-12/17). Good sign. BUT, there is very little information for areas above 3,400′ including Hippy Bowl, Tincan Proper and Todd’s Run. 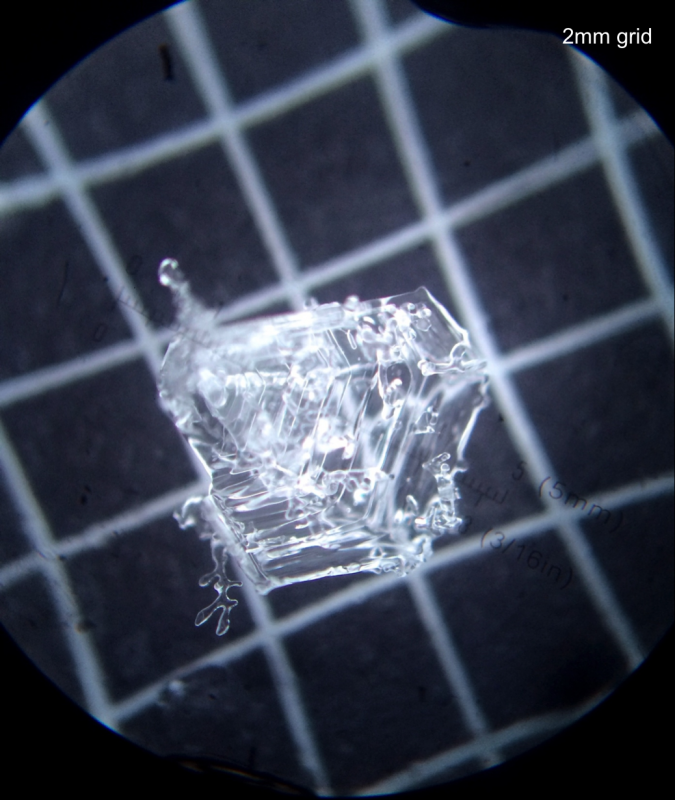 A close look at our "PWL" - Persistent Weak Layer - of BSH "Buried Surface Hoar". This grain is 4mm in size. 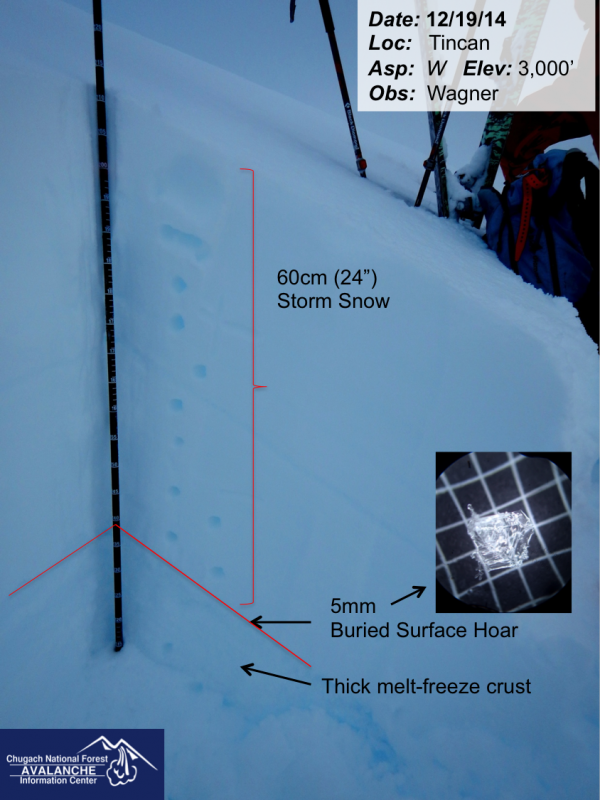 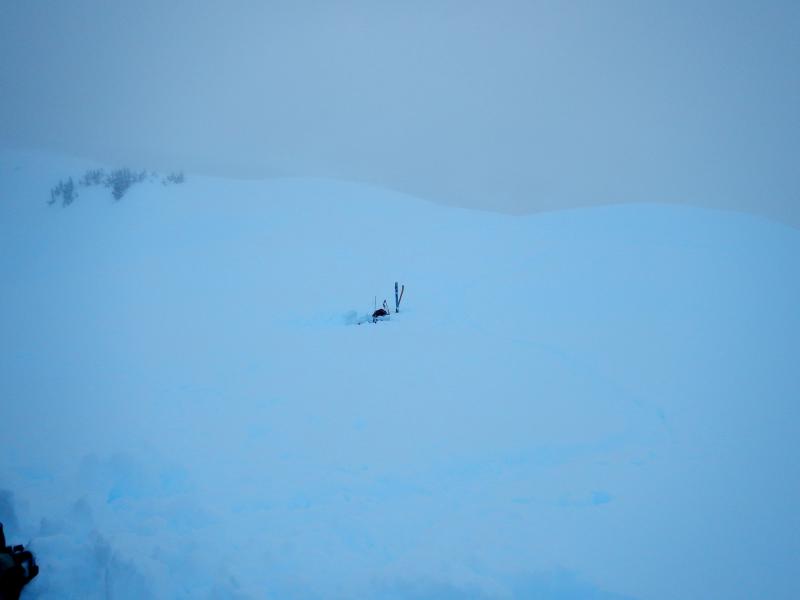