Obvious Signs of instability:
Recent avalanches-Nothing recent in the past 48hrs.
Shooting cracks-NO
Collapsing-NO
Other- Witnessed 2 separate and substantial human-triggered cornice breaks on ridge between Tin Can
common and Hippy bowl (See pics and vid below).

Older wet loose avalanche activity observed on Tin Can and in Todd’s run (likely occurred between 12/7 – 9
during the height of the last storm). 2,300 – 2,700’ appeared to be the common start zone for this older
wet-loose activity.

Glide cracks- We are still mapping glide cracks as best we can. Plenty of these to go around on both Tin
Can and Eddies around the 2,500’ band. Fitz observed a glide crack on the east face of Pyramid yesterday
(12/10) that appears to be widening. Visibility was such that we could not see it today.

2,500’ to 2,800’ the surface very quickly transitions from supportable crust to breakable crust to fist hard
powder in the upper elevations.

Widespread surface hoar (1-6mm) was observed on the surface in open areas between
1,500-3,200’ (extent of our tour). This surface hoar is resting directly on a stout crust at the mid
elevations and fist hard powder above ~2,800’. If buried in tact, (particularly at the mid-elevation band
where SH rests on a firm crust) this could prove a persistent and problematic weak layer with future
storms.

Other: On the ridge between Tin Can Common and Hippy bowl, my partner and I witnessed 2 separate
parties accidentally trigger significant (School bus sized) cornice falls. One of which took an individual for
about a 15 vertical foot ride onto the slope below. In both instances these cornices broke after several
parties had traversed the ridge. The second cornice impact pulled out only a small slab in steep (~40
degree) terrain. While good news for slope stability, these back-to-back close calls are a good reminder
that cornices deserve a VERY WIDE BERTH if your ski tour takes you along a corniced ridge. 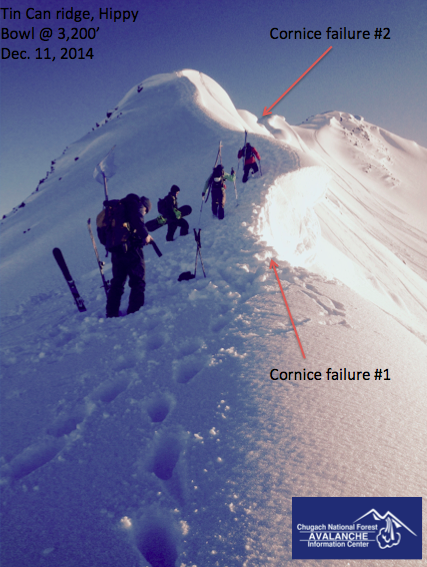 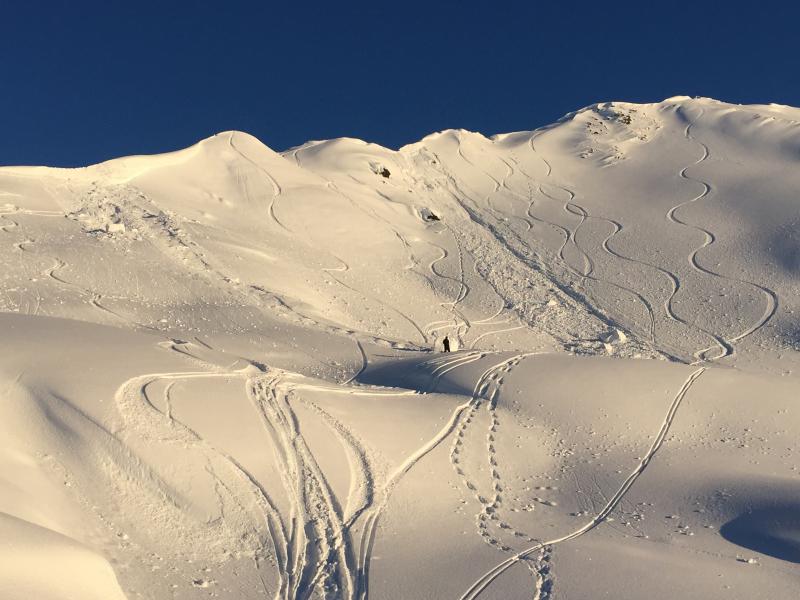 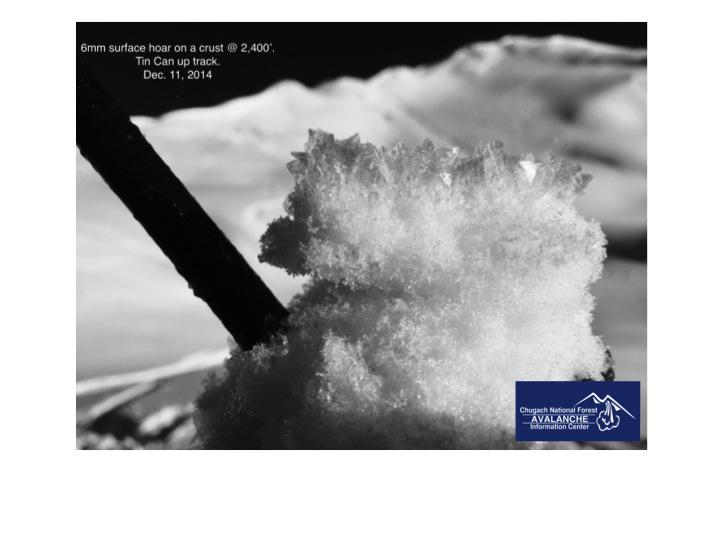 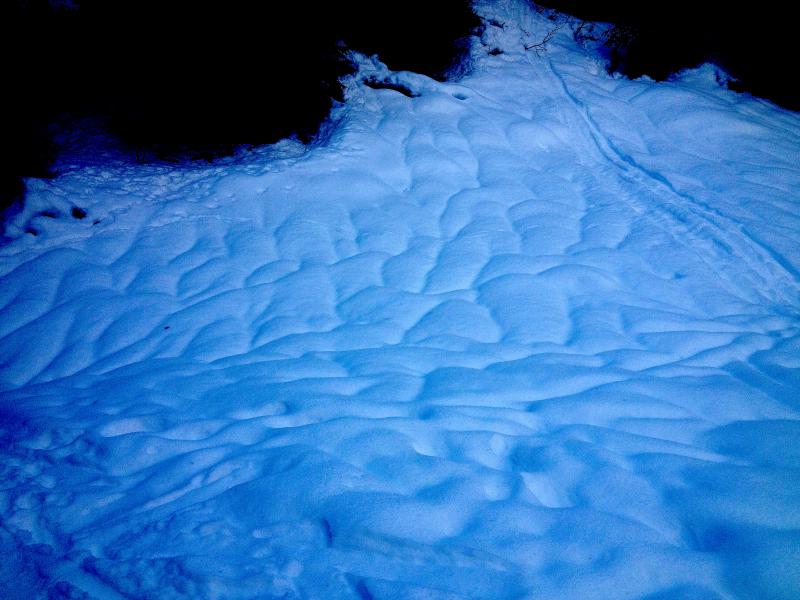 Rain runnels on Tin Can approach. 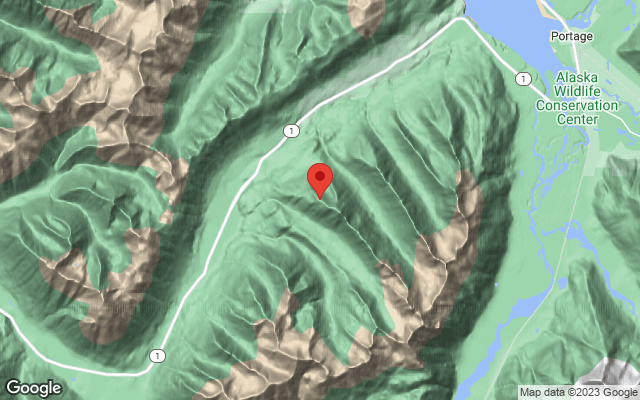