We had several groups out in the field in various locations.

All groups in the field experienced large collapsing and cracking. Several groups saw avalanches that likely occurred during the rain event on Dec 26th

We had pleasant weather while out in the mountains today. Calm winds, no precipitation until 3:30pm and broken skies that turned to overcast in the afternoon.

There was trace snow on top of the the dec 26th rain crust. The rain crust was quite impressive in some areas, and up to 4cm thick in some spots. The crust is supportable in some areas and breakable in others. The riding conditions had

One group toured part way up thousand dollar run today. Our pits had poor structure with a stiff one finger slab sitting on top of weak fist hard facets. The entire snowpack was most all the way to ground. Several rain crust were found in our pits most had 3 layers that could easily be identified . One pit had an an ice crust above the facets the formed in November but this crust wasn't found in other pits. 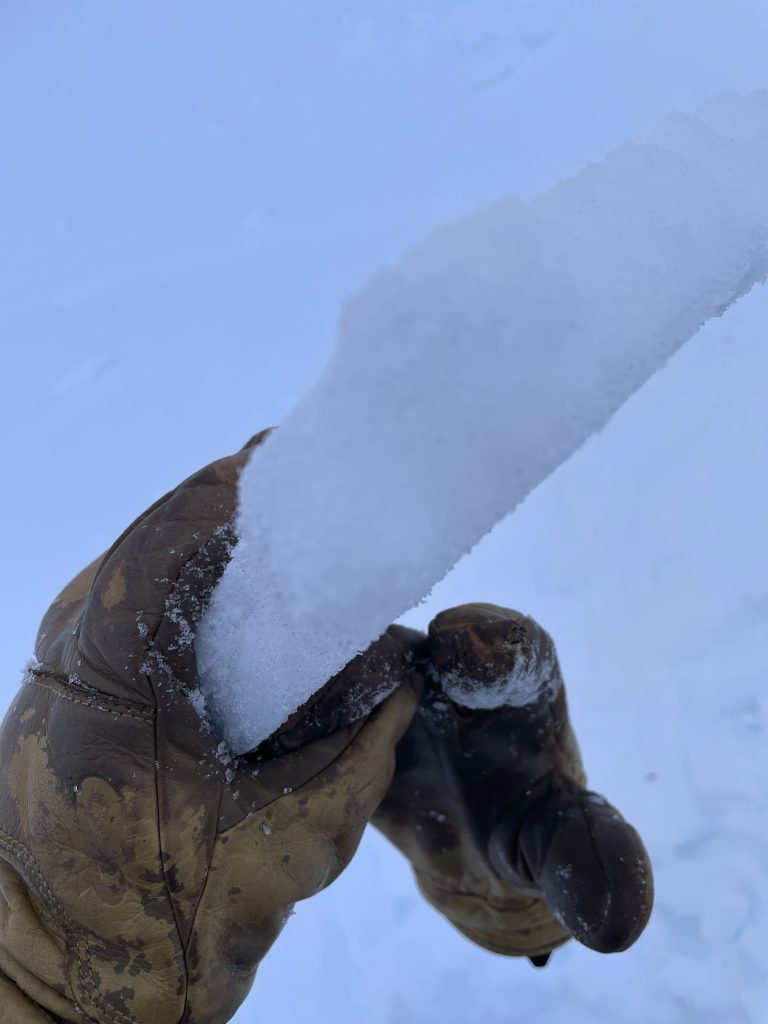 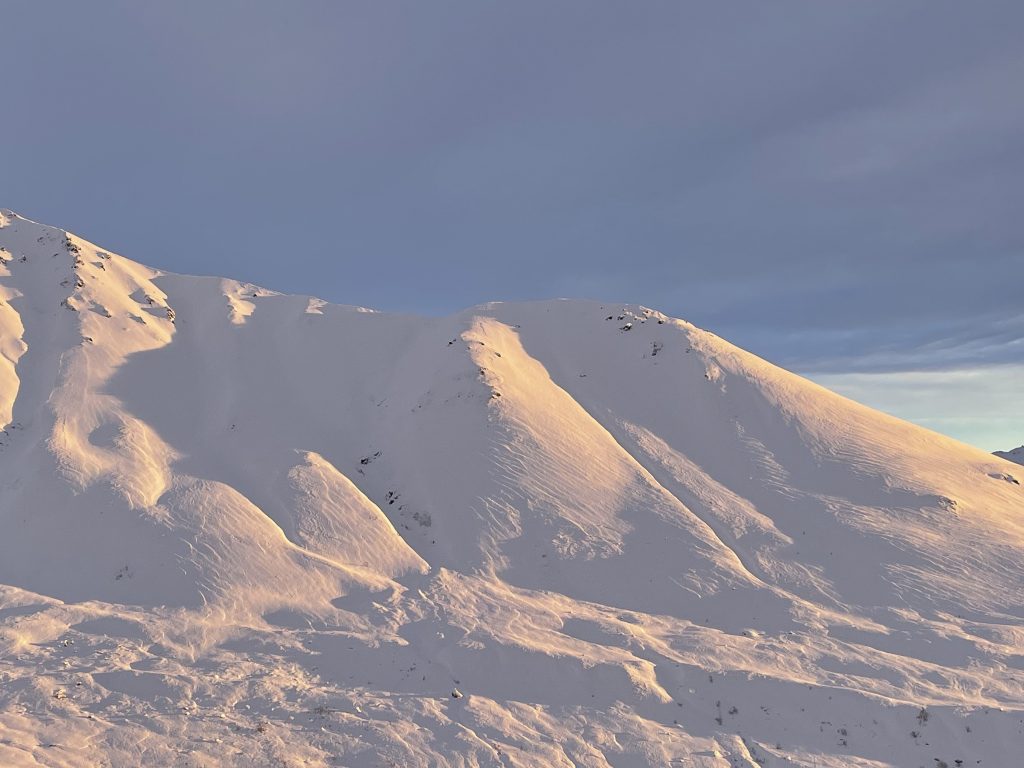 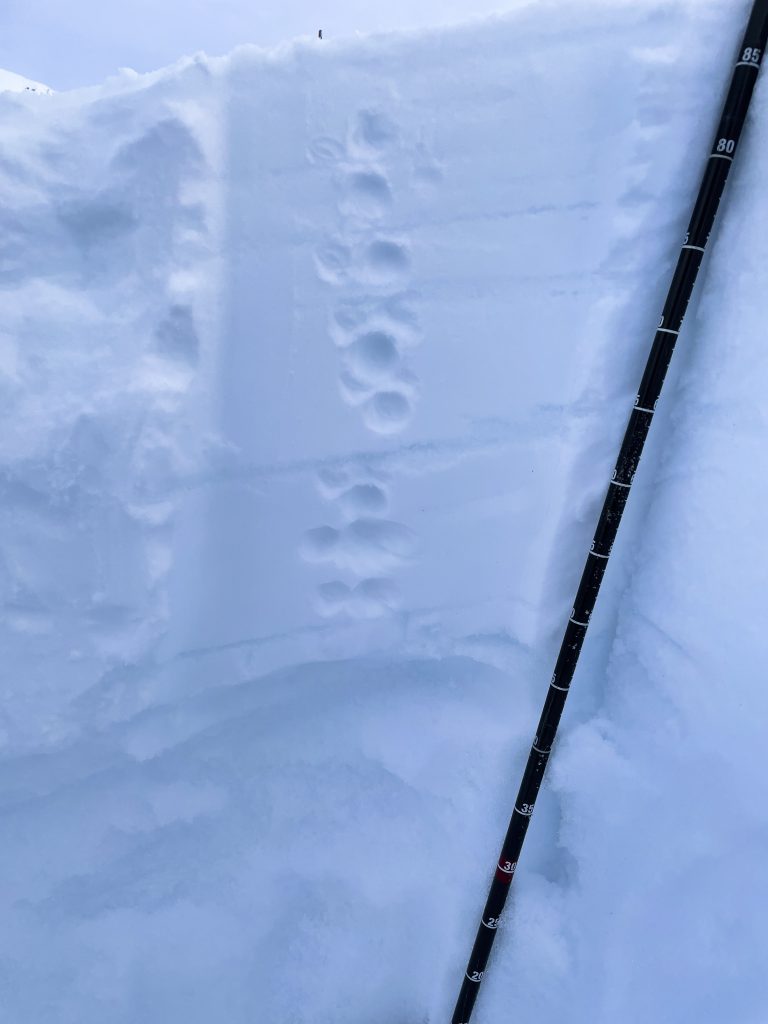 Facets were moist at the ground and easily made a snowball 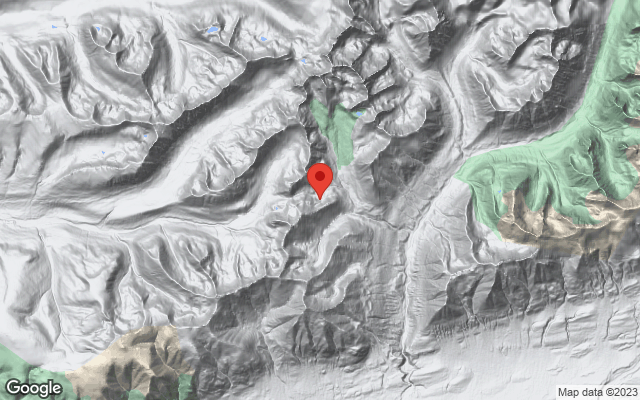