On 3/14/20, a party of 3 ascended The Wedge via north-facing couloir. Snow on N aspect was cold, minimally wind-affected and generally great surface conditions. No signs of instability, although no tests were conducted other than hand pits. Upon reaching the ridge, we elected to descend via a south-facing gulley into Powerline Pass. At approximately 3:30 pm, skier 1 descended the upper portion to a safe zone, followed one at a time by skiers 2 and 3. Skier 1 again descended further into the gulley to a safe zone atop a gendarme. Skier 2 then descended skier’s left of skier 1 tracks. After ~3 turns, skier 2 heard shouting from partners, noticed snow cracking and moving to skier’s right and under his skis. A quick left-turn stop and the snow passed by skier 2, missing skier 2 by a ski length. The slab (~1-4 ft blocks) continued to propagate outward and downslope to gulley walls, running ~1300 ft into Powerline Pass, but did not reach the trail. Skier 3, who was uphill of the crown at safe zone 1, noted that the initial collapse produced a significant shooting crack across the upper portion of the gulley (approx. 60 ft beyond crown), but did not slide, leaving skiers 1 and 2 in considerable danger. Skiers 1 and 2 carefully accessed the scoured bed surface and quickly skied to the bottom of the debris pile and out of harms way. Skier 3 ascended to the ridge, climbed east to the summit and descended the broad NE-facing shoulder without incident, eventually meeting skiers 1 and 2 at the German bridge.

This was a very close call and a humbling experience. A couple events that should have been apparent at the time went unnoticed. First, we were lulled into a sense of security after climbing steep, cold, stable snow. However, this was very different than the south-facing, sun-loaded aspect we skied. In hindsight, we should have conducted stability tests on the aspect we intended to ski. Seems obvious now, but for some reason it wasn’t considered. We also underestimated the amount of solar radiation certain aspects are receiving during this transition season and how quickly it can alter the snow pack. The additional radiation load and a single skier activating a weak layer at a shallow spot on the terrain was what tipped the balance. Hope others can learn from this experience. Apologies for the poor photo – didn’t care to linger.

A few roller balls, but no entrainment. No other obvious signs. 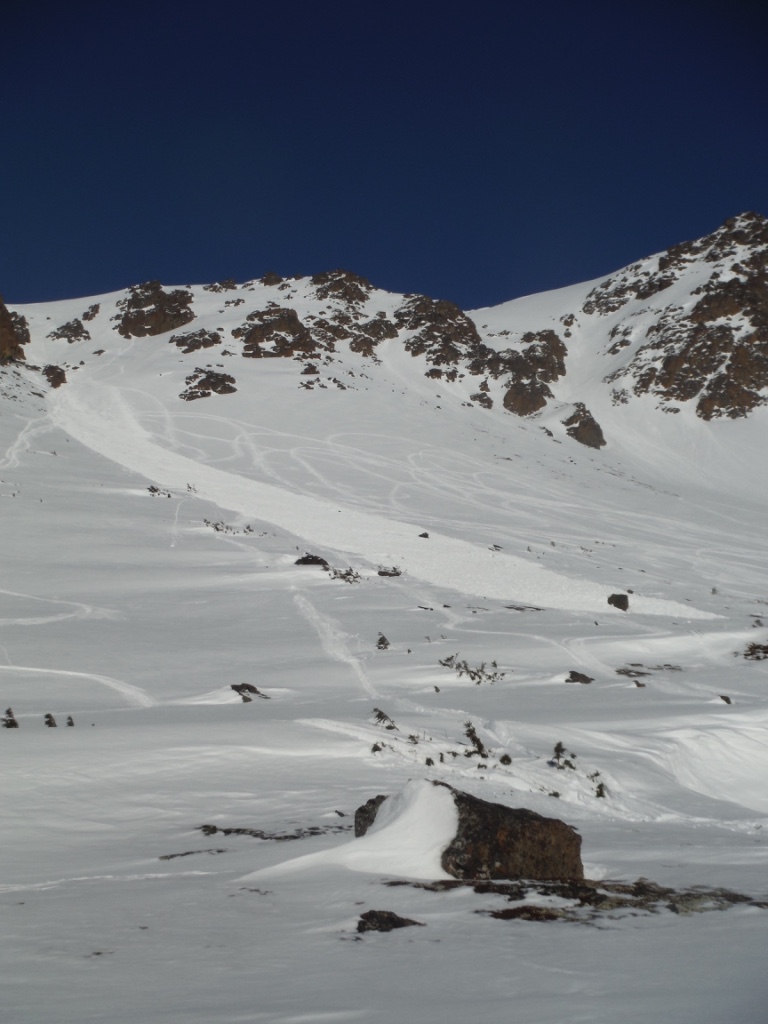 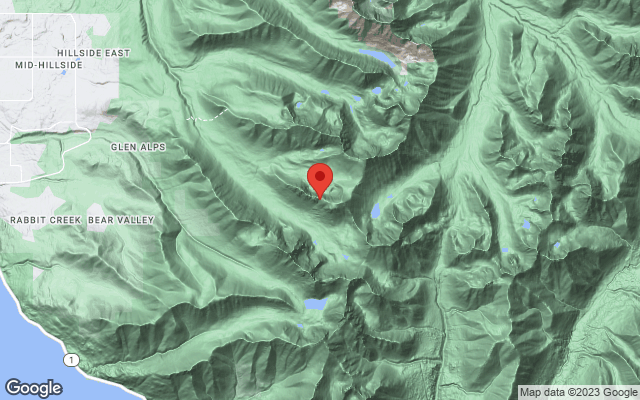