We did a short ski tour January 9 up the meadows to about 650 m. Shallow snowpack of 50-70 cm all the
way up, with evidence of some recent wind loading, especially visible over on Surprise Bowl where winds
were out of the south. There were plenty of frozen over old ski and snow machine tracks in the meadows,
and lots of debris that appears to have formed as rollers dropping off the alders sometime during the
recent warm weather. Temps were about -5° C with calm winds and no precip. Fair bit of blue sky and
some scattered sunshine. Skiing was surprisingly fun.

We observed the path of one ?natural? slide with some new snow on it at the lower edge of Surprise Bowl. We generally stayed on terrain under 30°, but on one small 33° rollover near our test pit we heard the snow
collapse as we skied over it. We saw no cracks, but it sounded like the collapse had a radius of about 10 m.

We dug one full pit in 68 cm snow on a 29° slope. There is a pencil-hardness 0.5 cm drizzle crust under 6
cm of new snow (2 mm needles), and the December drizzle crust was about 5 cm thick, sitting on top of 23
cm of 1-2 mm facets. In the pit wall, it appeared that the crust was firmest on the bottom and poorly
bonded to the facets beneath. The upper portion of the crust was partially faceted, less firm, and seemed
somewhat bonded to the decomposing and partially faceted snow above.

We did one extended column compression test and got the result of ECTP11 SC Q1. The fracture
propagated all the way across the column on a single tap, but the shear plane started at the top of the
December drizzle crust and then stepped down, immediately, to the bottom of the drizzle crust at the far
end of the column. Both shear surfaces were clean and slid easily. 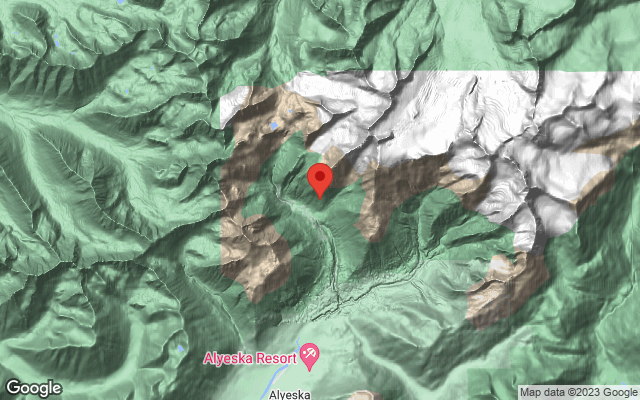