Very large glide release near the uptrack on Seattle Ridge. According to DOT web cam, this released yesterday 4/8/16 between 4:51pm and 5:07pm, a common time for someone to be under it. Notice that there is still a very large crack that extends towards the uptrack as well as another crack up above that. There is still plenty of potential for another glide to release closer to the uptrack.

We toured up Tenderfoot in Summit Lake and found very firm and supportable m/f crust from the road to the summit, 3400′. There was 2-3″ of wind stiffened snow above 3000′, but not enough to be a concern, and no real snow available for transport. By 2:30pm the SW face was barely starting to ‘corn’ up, with nice carve-able turns below 2500′. Increasing winds were keeping the surface cooler than expected considering the direct sun and warm temps. 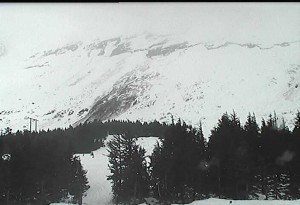 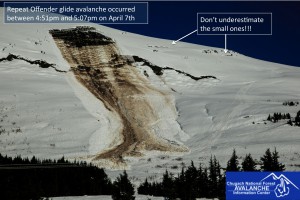 In additions to Seattle Ridge, there were also recent glide releases on Fresno East Face, Silvertip Creek, and near the Hope Wye.

No other signs of instability were found on Tenderfoot. 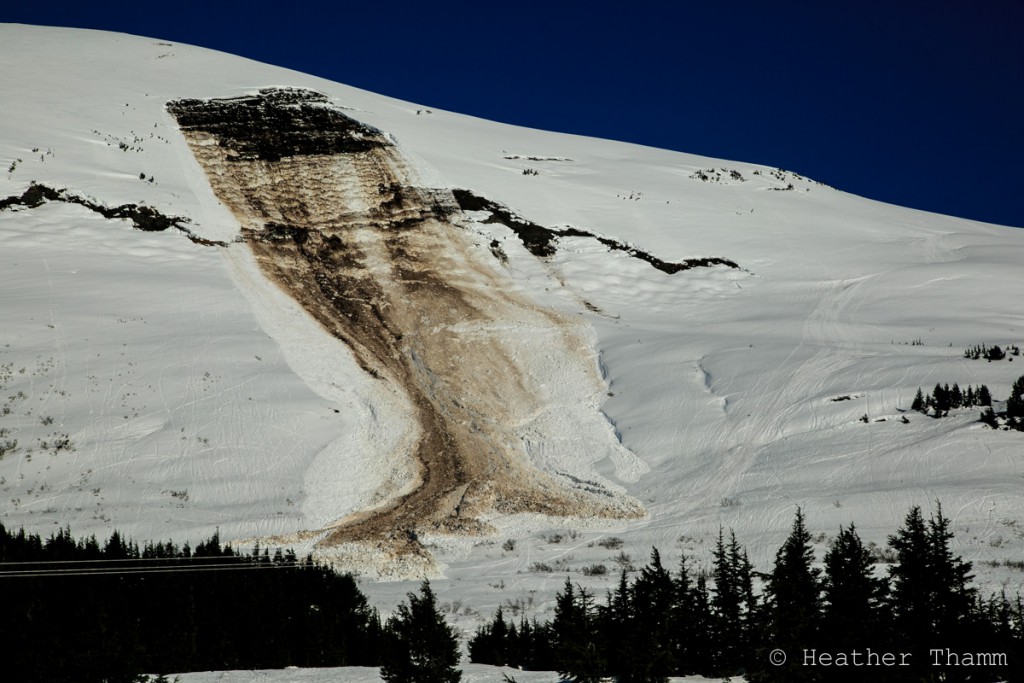 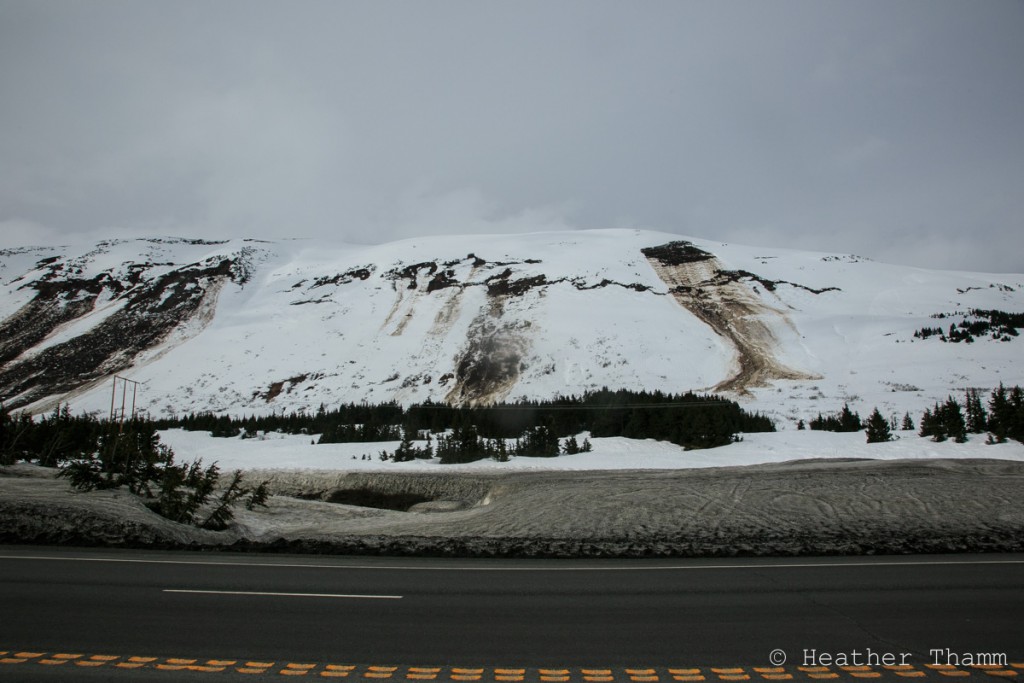 Wide angle view of the recent glide release and lengthy crack that still remains in place. 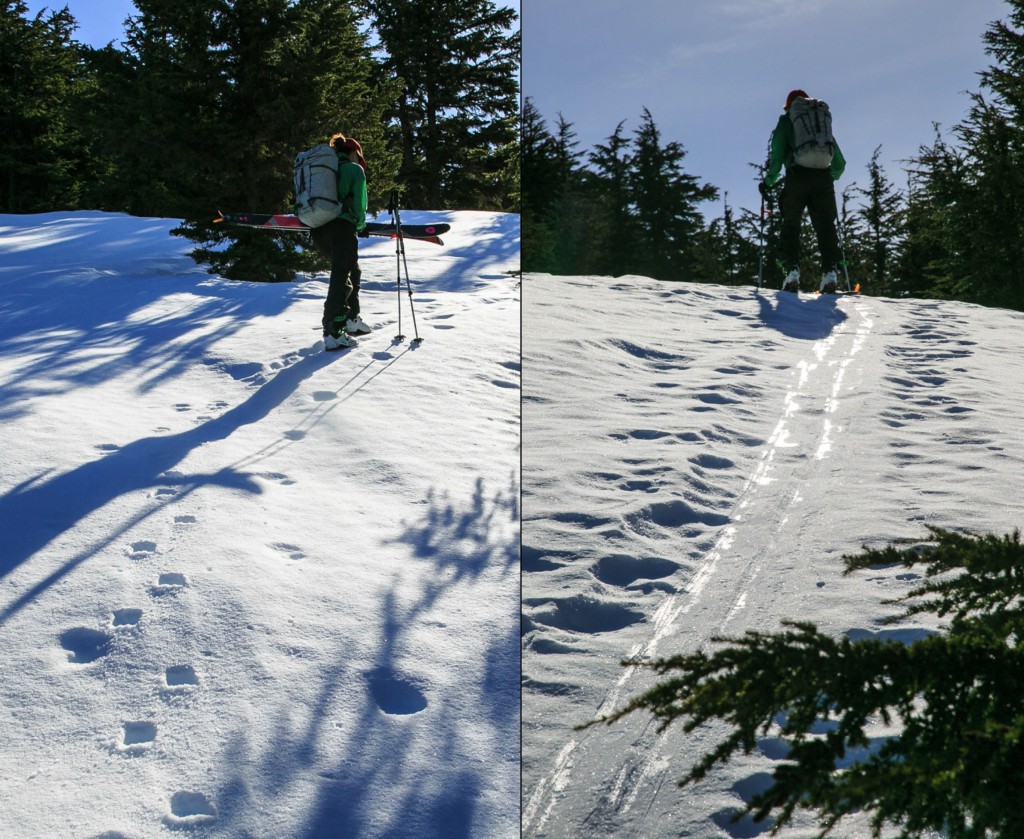 Very firm m/f crust at 2000' that made for challenging skinning conditions on slopes steeper than 30 degrees. Boot packing was more favorable. 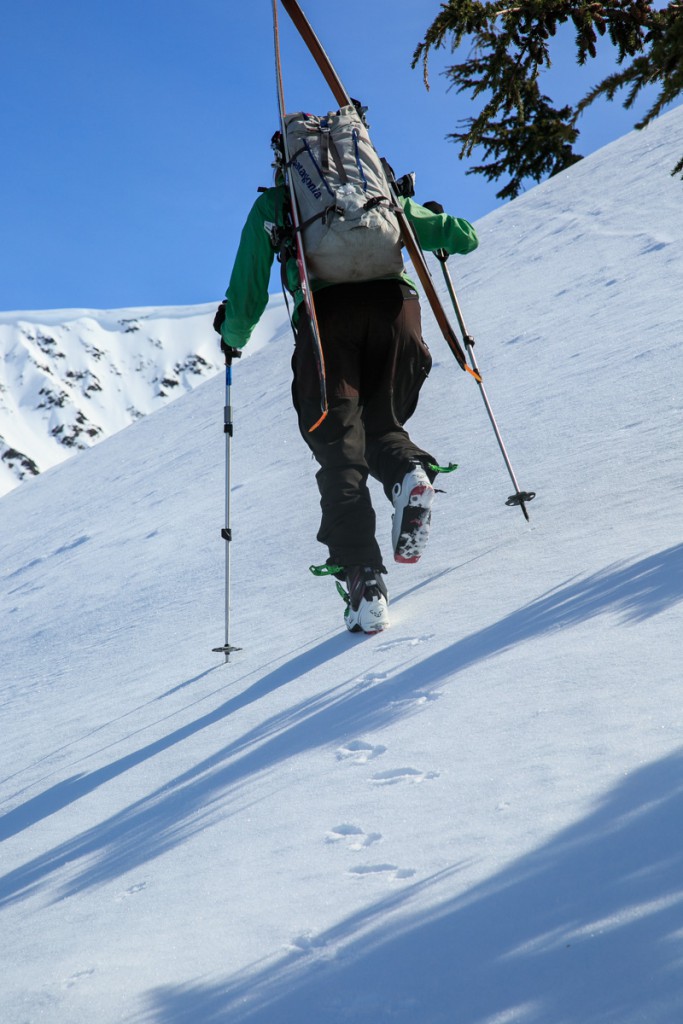 The surface crust at 3000' was even firmer, but could still get an edge with your boot. 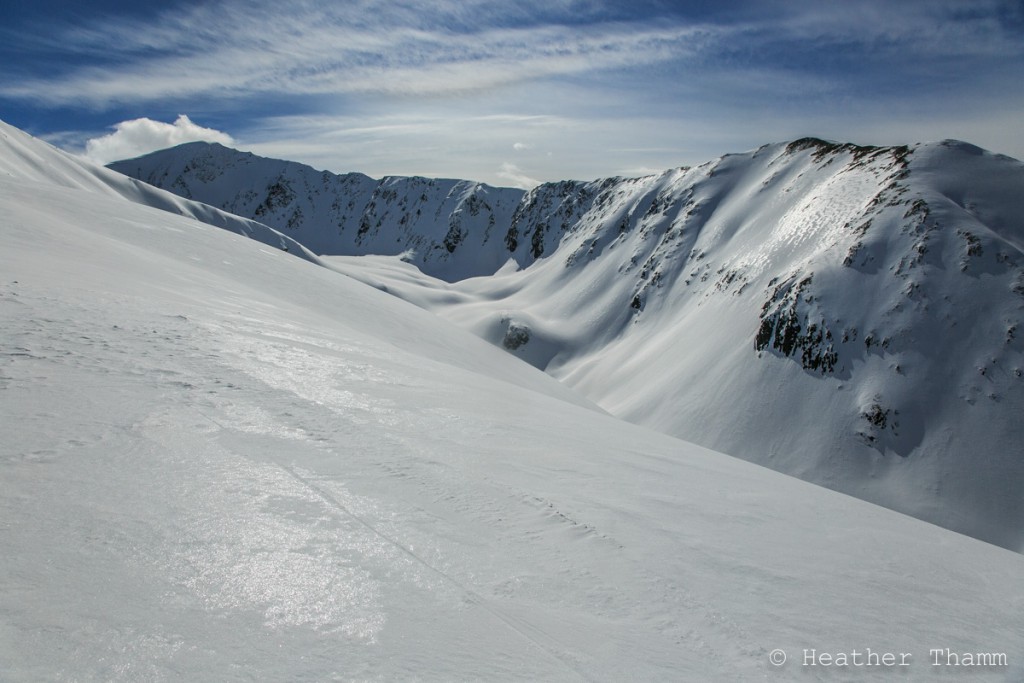 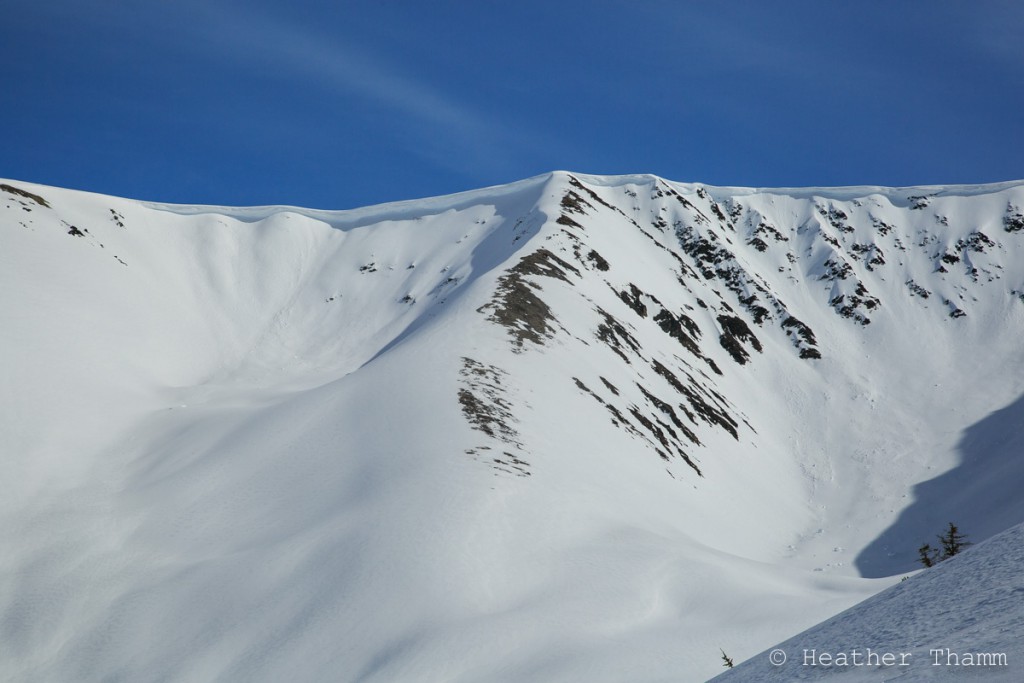 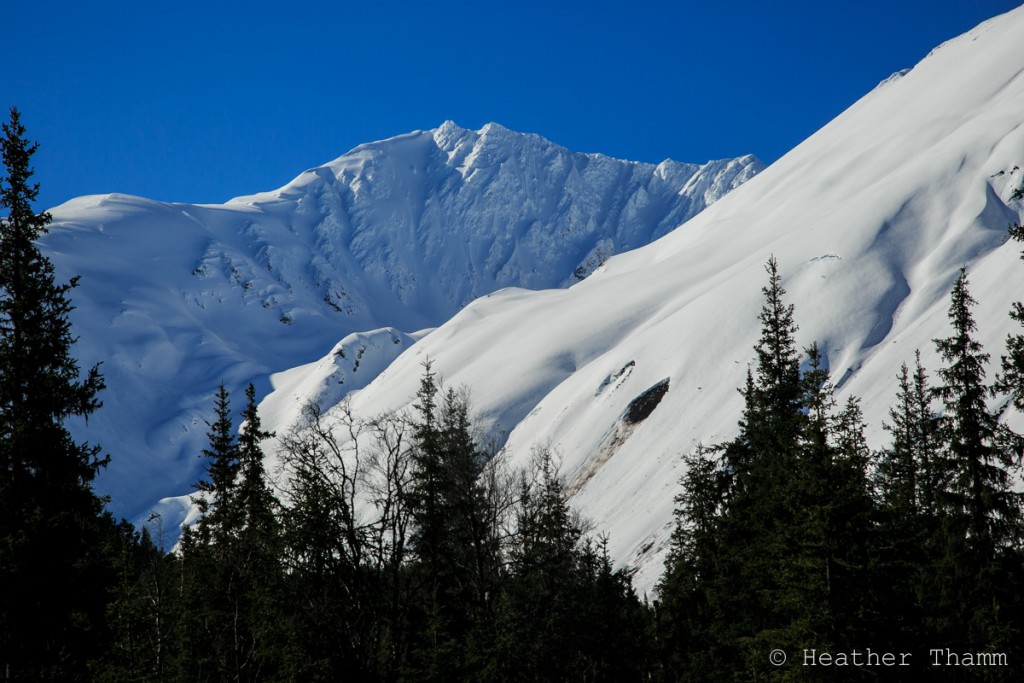 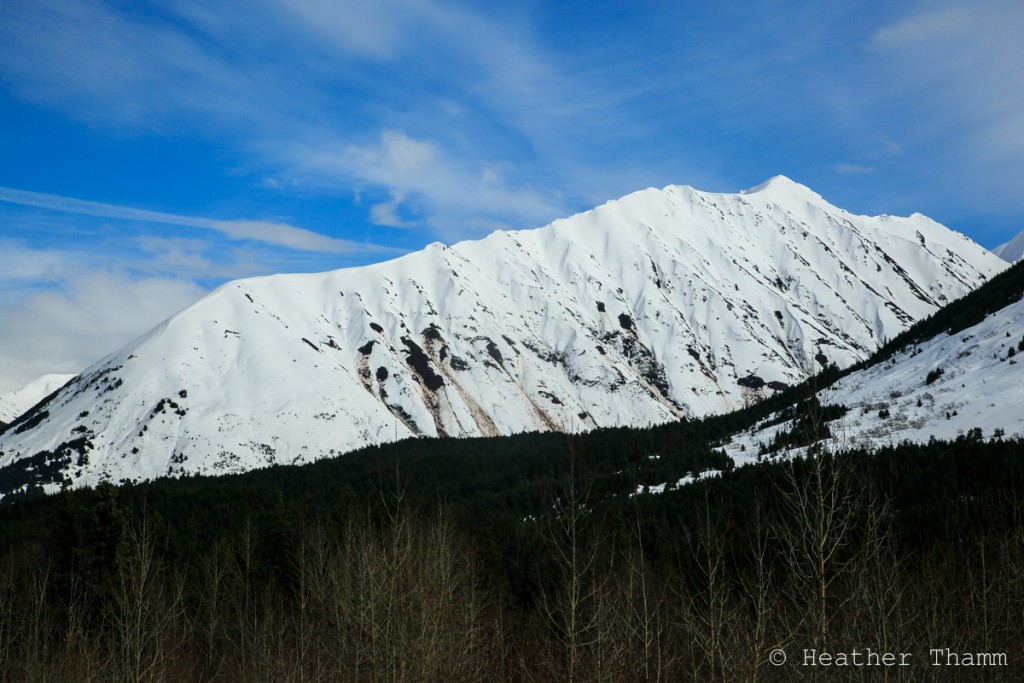 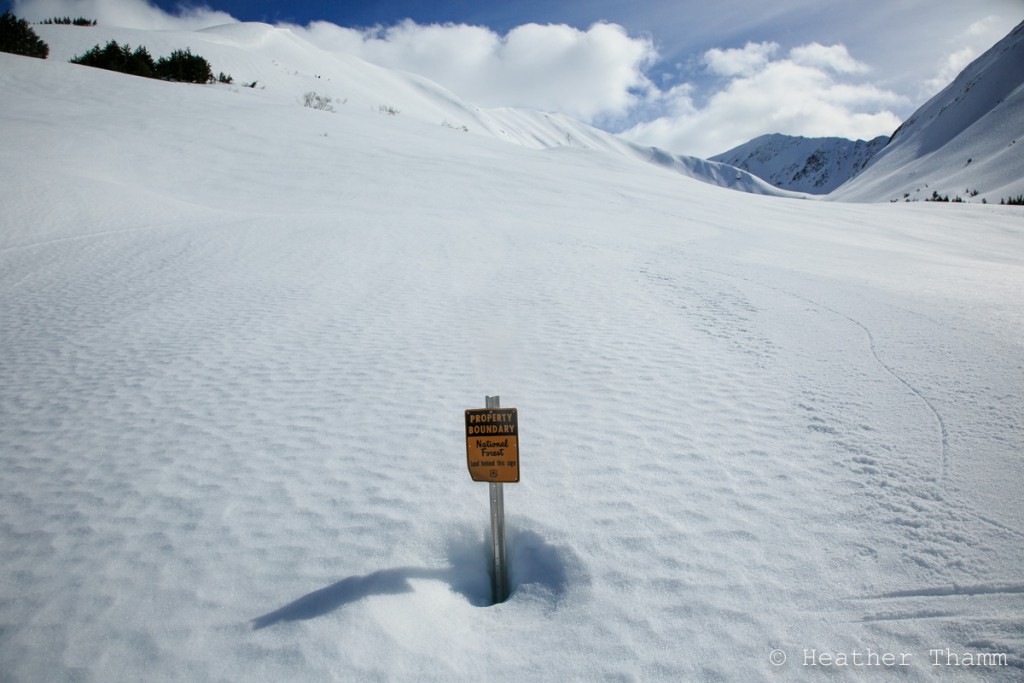 Lots of things melting out of the snow at lower elevations, found this poking out near the bottom of Tenderfoot. 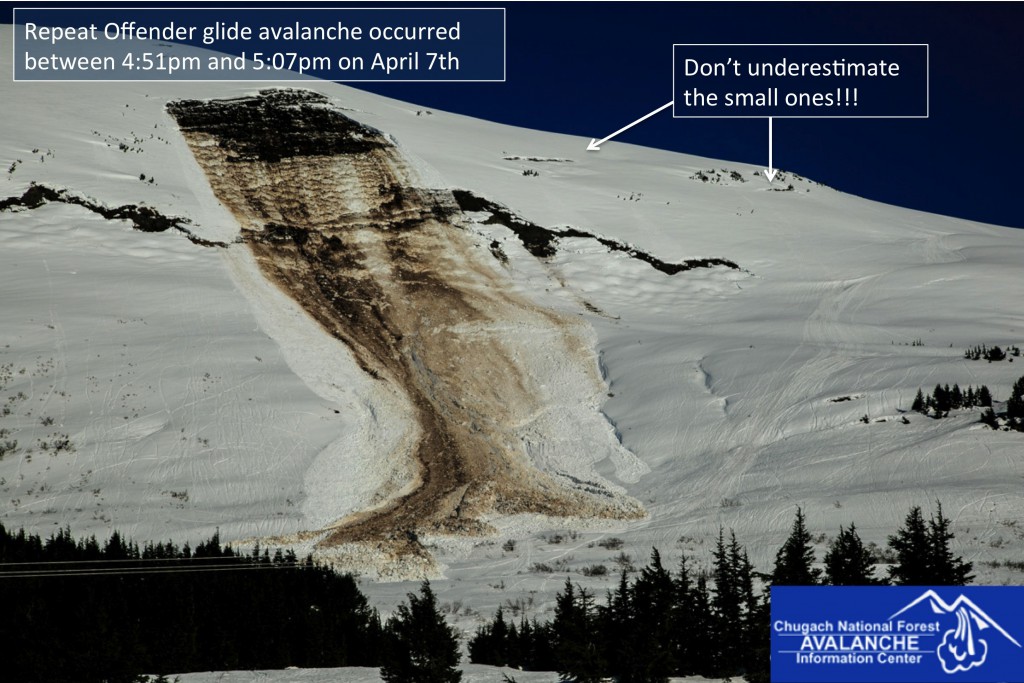 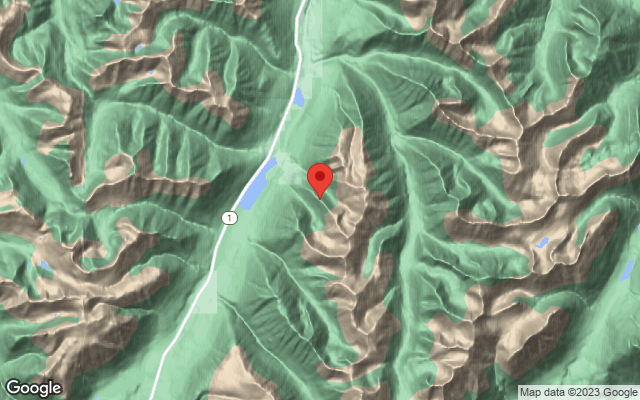