Weather:
Light snowfall, around 1″ accumulation through day. Winds were light with moderate gusts on the ridge from the NE. Temperature was hovering near 32F at all elevations.

Signs of instability:
Possible recent avalanche on Moose Mt. This is near mile 52.5 of the Seward Hwy and is a westerly facing slope with a ~3,500′ start zone. Visibility was so limited it was hard to tell if this was recent or not.
No cracking, No collapsing

Snow surface obs:
Storm total at treeline from 3/10 to today 3/14 was ~50cm’s (20″). The new snow was very heavy and dense (sticky cream cheese skiing). Wind had affected much of the exposed terrain during the storms. Colorado mt was stripped bare on the East facing shoulders along with many other Easterly ridgelines.

Note: The buried surface hoar/weak snow mix above the Feb crust exists here similar to that at Turnagain. It took a very large force to make this layer fail but once it did it propagated in a resistance planar fashion. 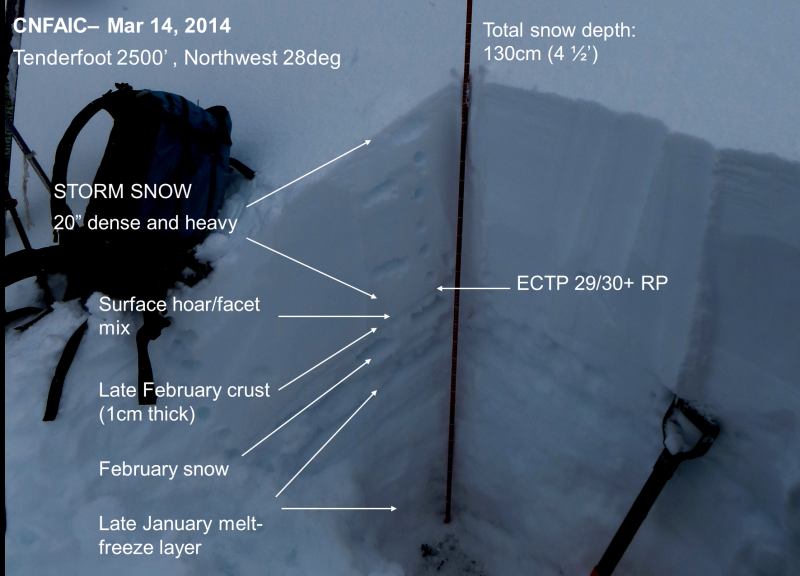 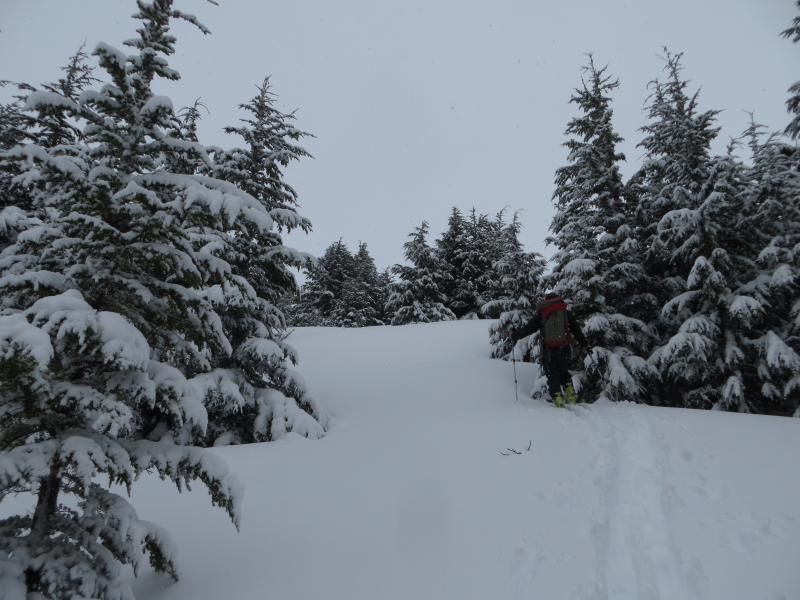 Heavy and sticky snow continues to pile up. 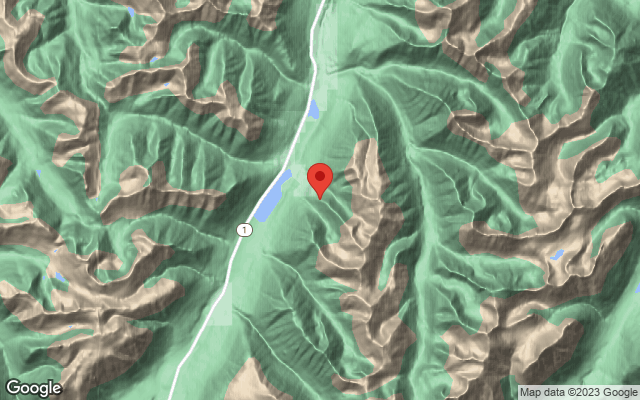