Today went out to dig pits and check on conditions at Tenderfoot Ridge and
found really wet slog skiing up hill and had two natural avalanches come down
early afternoon while we were checking conditions. Snowpack was 155cm with
winds 20mph NNE gust to 40mph at ridge tops. Wind loading at the top of first
pitch with natural avalanches occuring in 2nd gully D1 running 30 percent of
path and later at 245 pm the 1st gully avalanched D-2 running 60% of slide path
(Witnessed). The second slid earlier this week and did almost the same thing
today. Pit at lower elevation took moderate effort but released and came off
the test pit down the hill. Minor whumphing while digging pit. Compression
test was CT12 Q1 50 cm down or about 20″ down on new windslab on top of ice
layer with faceting underneath that was approximately 10 cm. Slab was not
really hard but did increase in density to 1 finger hardness on top of fist.
Rain up to 2000ft and above that rain/snow mix. It appeared that above 3000 ft
it was all snow and loading the upper elevations. South aspects are the
biggest concern with active loading and avalanches although not deep are likely
to be triggered. I will put out the avalanche advisory Saturday but wanted to
get this information out. 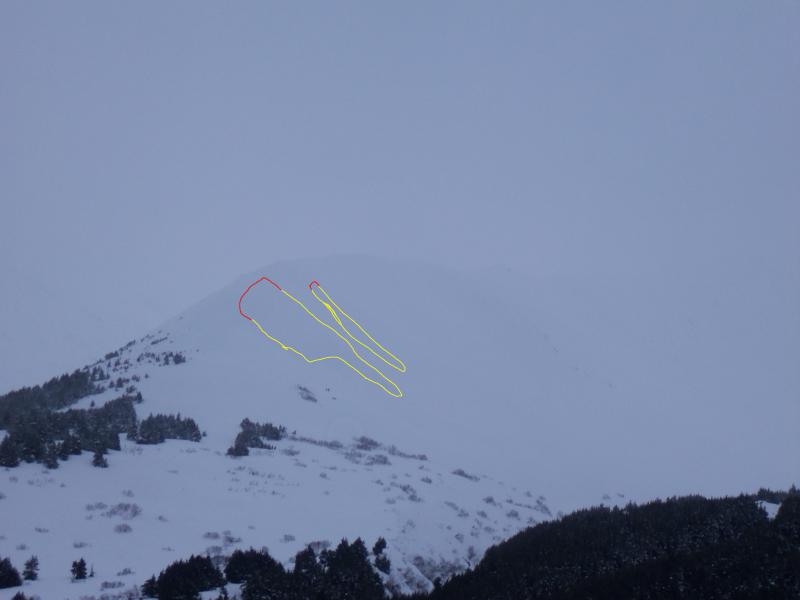 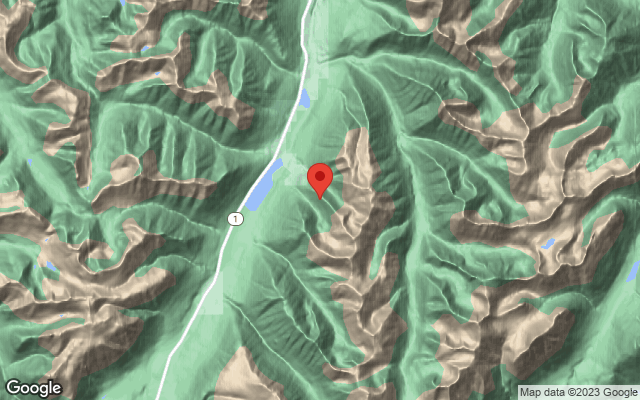