Give to Friends of the Chugach National Forest Avalanche Info Center.

Route
Tenderfoot to ridgetop at 3100′

Surface Obs –
1400′ – 3-4″ of low density snow on ground.
2000′ – On Western aspect variable wind hardened supportable snow mixed with protected pockets of low
density snow up to 3″.
3000′ – Ridge was scoured with almost no snow. SW aspect was more wind loaded with snow depths
varying 100cm-80cm just below small corniced ridge
*Surface hoar growth was widespread on all surfaces and at all elevations.

Snow Below the Surface:
Pit @ 2250′ W aspect, 30*slope, HS=35cm. Several curst layers were found with faceted snow on the
ground and sandwiched between crust layers. Firm 1-2″ wind hardened layer on top. No tests were
performed due to shallow pit.

Overall snowpack in Summit was variable. At lower elevations and on windward slopes there is little to no
slab to be an issue at this time. At higher elevations and on wind loaded slopes the structure has a variety
of weak layers – buried surface hoar and faceting. Test results indicate that there is potential for a slab to
propagate on the buried surface hoar layer, but would require moderate force to do so. Slab depth (10
-14″) is relatively shallow points towards a higher likelihood of triggering the BSH below compared to
Turnagain Pass where the slab is thicker. 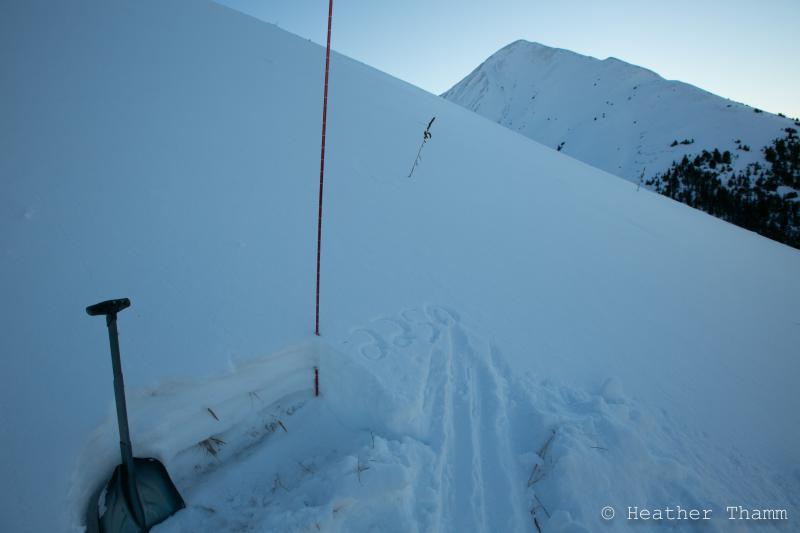 Shallow snow depth at 2250' on a West Aspect of Tenderfoot 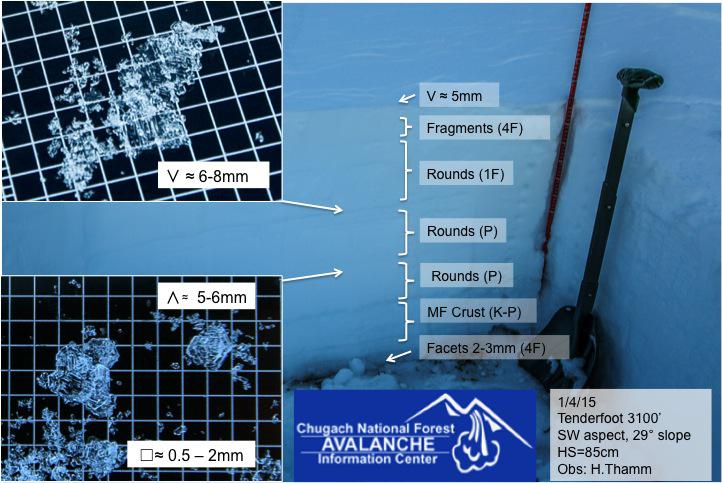 3100' Leeward slope of Tenderfoot on a Southwest aspect 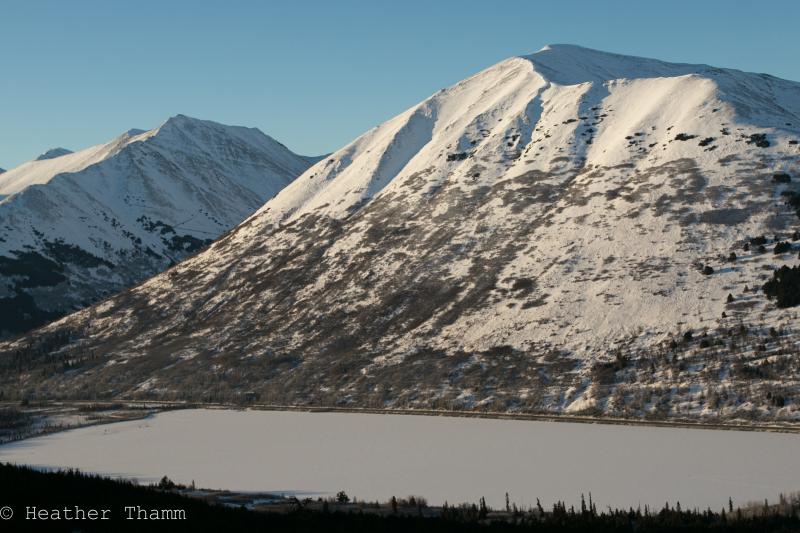 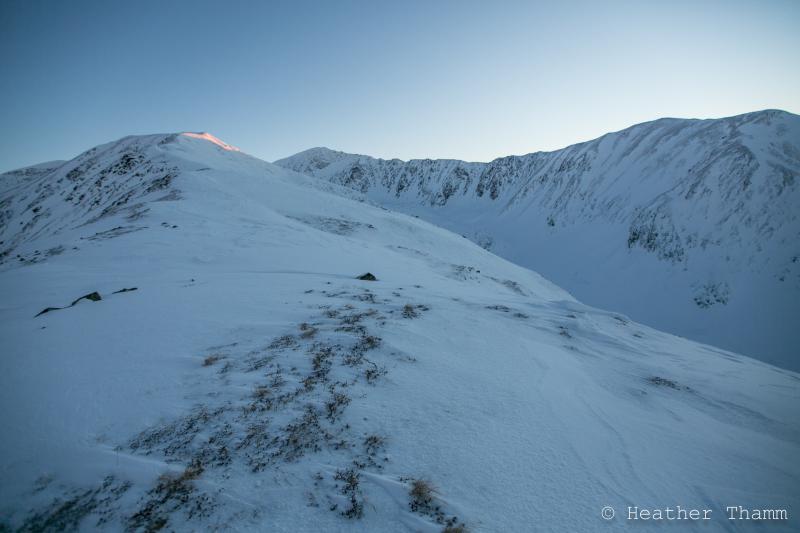 Scoured ridge at 3150' on Tenderfoot 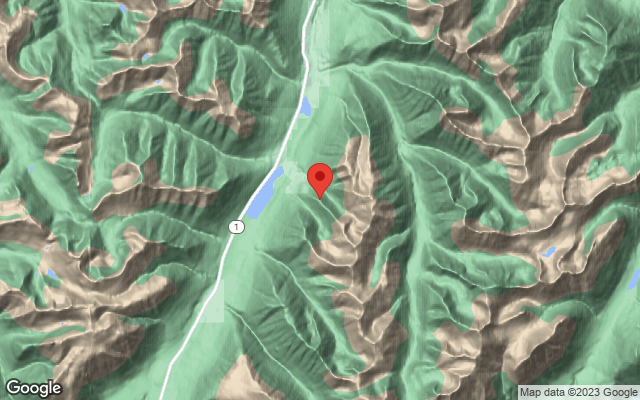