Route:
Traveled from 1300ft to 3800ft on Tenderfoot Ridge

Surface Conditions:
Variable
There are some sheltered locations still harboring soft snow, however, many places are now either wind
scoured or have supportable crusts from sun exposure. In the locations we traveled, wide spread
surface hoar formation was observed. In some areas the March storm snow has faceted into “recycled
powder” conditions.

Snowpack Observations:
We dug pits on both the North and South aspects of Tenderfoot.

Pit 1: 3800ft, SW aspect, HS=180 (see photo)
The March 10-15 storm snow has settled out to 35cm of 1F to P+ hardness snow overlaying a very thin,
5mm, layer of weak mixed forms and rounding surface hoar. Although, stability tests indicate this layer
has gained strength and adjusted to the load of the March storm snow. This weaker snow sits on a
crust sandwich of February snow with 5cm of weak faceted snow in between. The deeper pack consists
of the thick January melt freeze layer.

Pit 2: 3800ft, N aspect (see photo)
I dug in a slightly wind loaded area, as many N aspects are scoured down to the February crust.
There is 5cm of very weak (F hardness) faceted snow on the February crust with 10cm of P hard wind
slab on the surface. 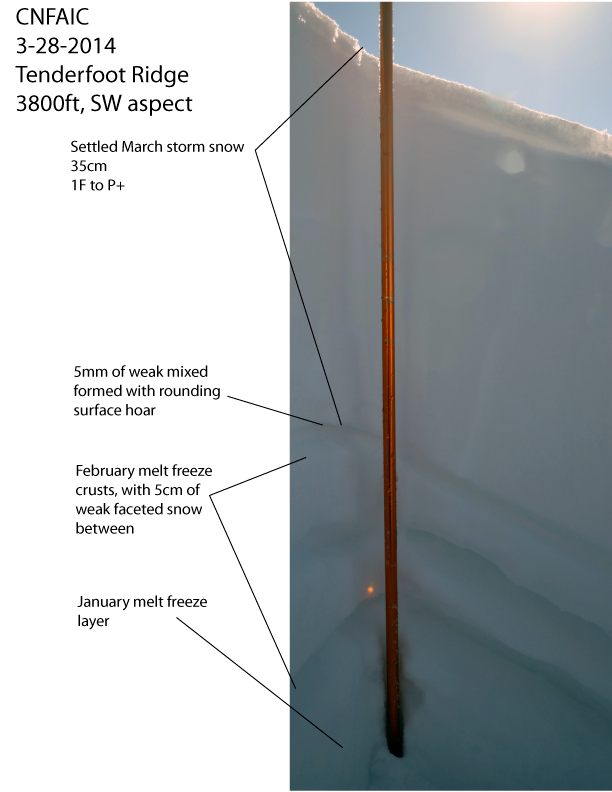 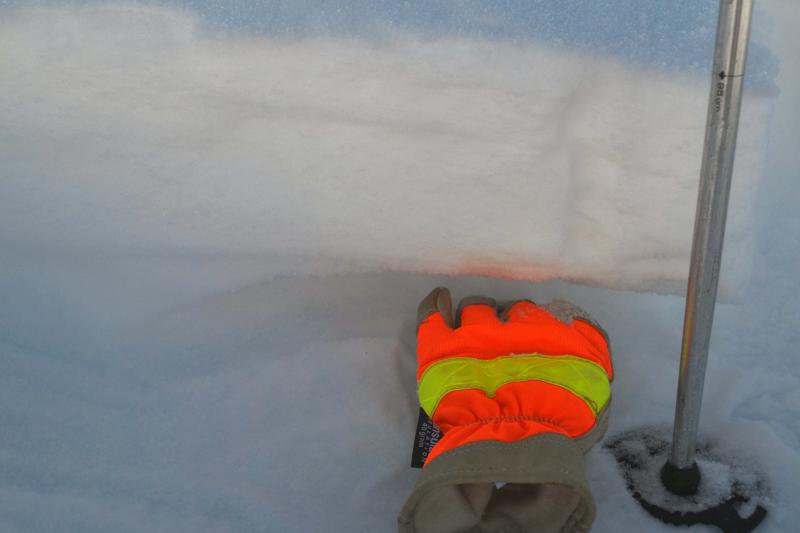 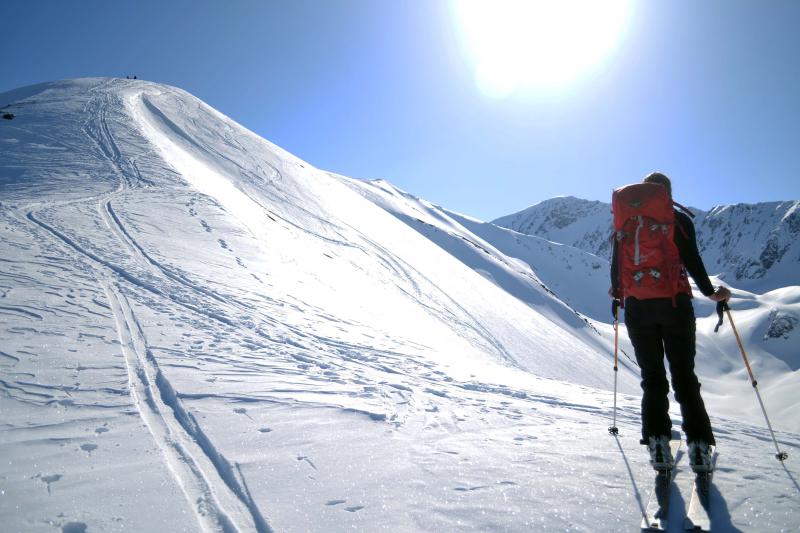 Crusty surfaces and sun on Tenderfoot 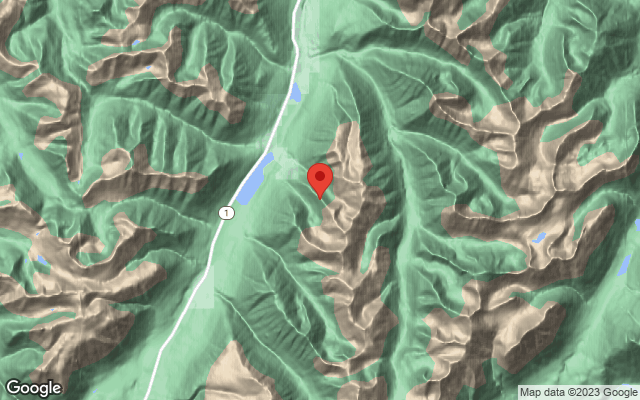