Over the past week we had a warm weather system come into the area in the form
of rain at lower and mid elevation. Rain fell to at least 3000′ level perhaps
a little higher. Over the past few days temperatures fell into the teens and
twenties creating a breakable crust at lower to mid elevations with surface
hoar on top. Snow depth at lower elevations was 5-8″ deep with brush and thin
coverage. At mid elevation the crust formed as well 1-2″ thick with surface
hoar on top and a total snow depth of 16″. Roller balls during rain
event could be seen at 2300-3000′ level and have now froze solid up to 2′ in
diameter. Watch out for those if skiing/riding at that elevation.

Recent avalanche activity: moderate size avalanche on Moose Mt at the north end
of the valley earlier in the week. No other avalanches observed today.

Summit Weather Station: Snow Depth 5″. Current temperature 20F. Earlier in the
week temperatures were above freezing with rain at lower to mid elevation (up
to 3000′ or slightly higher).

See pictures below for current conditions. 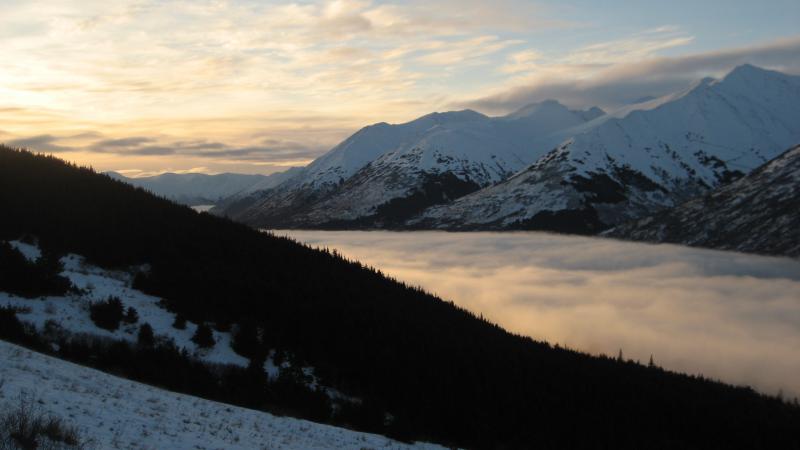 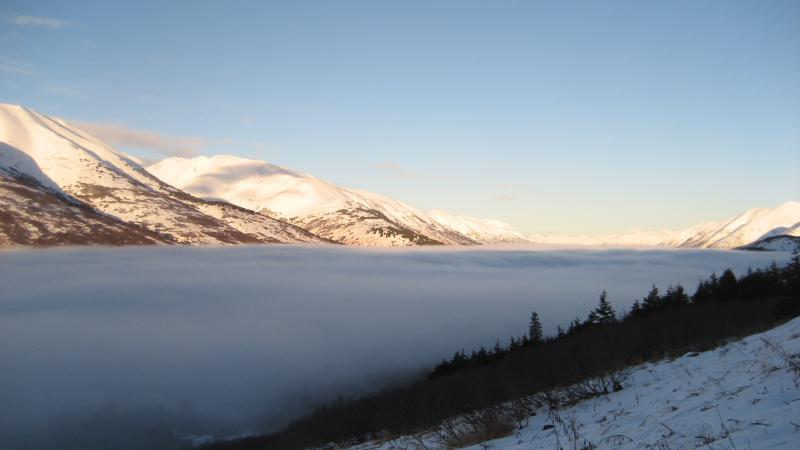 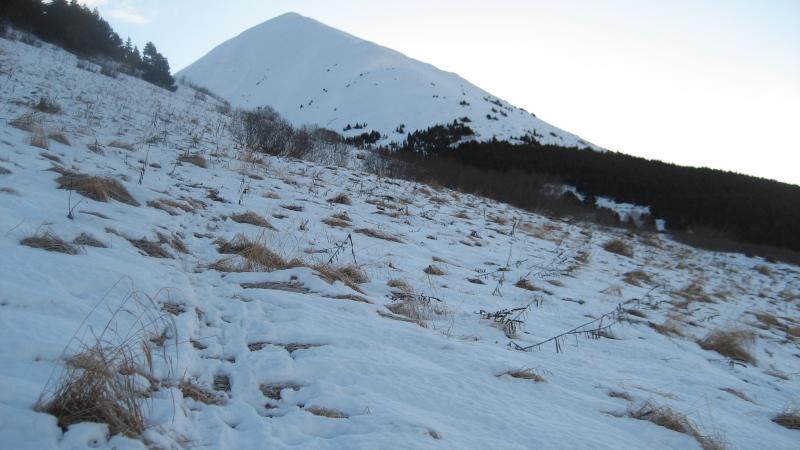 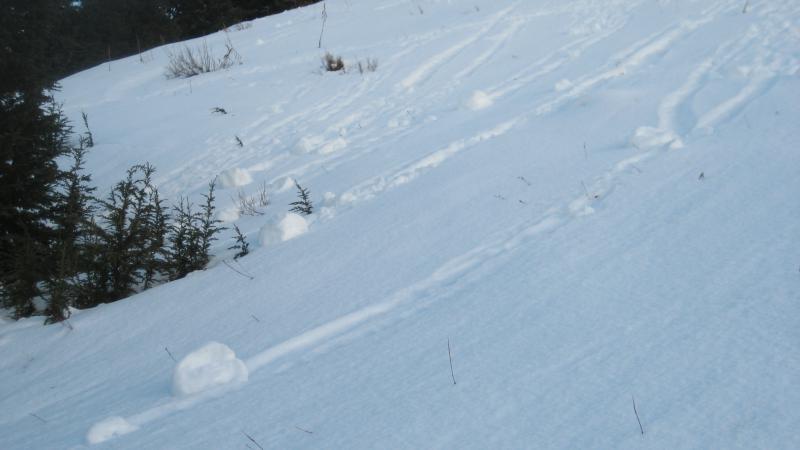 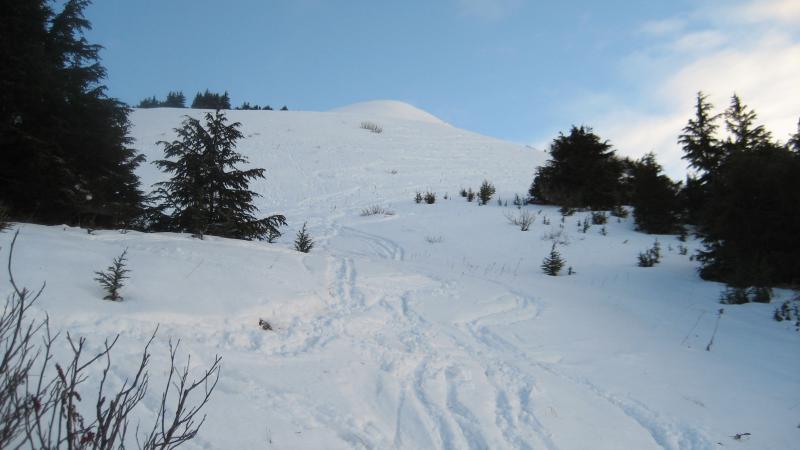 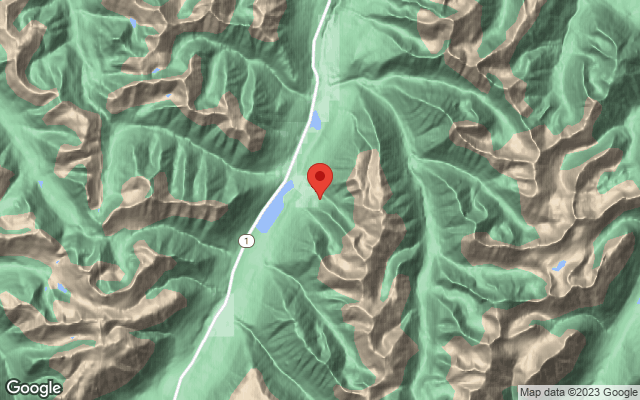