We travelled tenderfoot ridge to the flat spot that is around 4200′. Mostly soft snow with very little wind effect (slight drifting in places along the ridge w/o much stiffening at all). Light flattened considerably so we headed back down the skin track for a simpler run. 10-15cm of new low density snow. A firm raincrust was noted approximately 20-30cm down from the surface. This crust persisted until around 2800′ then it softened and transitioned to snow by about 3100′. This crust was our layer of concern for the future. We dug a pit just above where the crust tapered into snow at 3400′ to see what was going on above the rain line from Halloween. No notable shears found w shovel shear, CT or ECT (ECTN). Not the most thorough investigation as we were losing light fast. HS at pit location 185cm.

10-15 cm new low density snow on a firm base. The firm icy base softened gradually turning to snow around 3100'.

General observation was that the icy floor that we were riding on below 3000' could be a problem after more loads are applied. Hasty pit @ 3400' on a SW aspect just off the ridge showed HS 185 with no notable shears in several tests. Shovel Shear, CT and ECT all revealed broken shear planes in the upper meter of snow. We did not spent a bunch of time doing further investigation as the light was going flat fast. 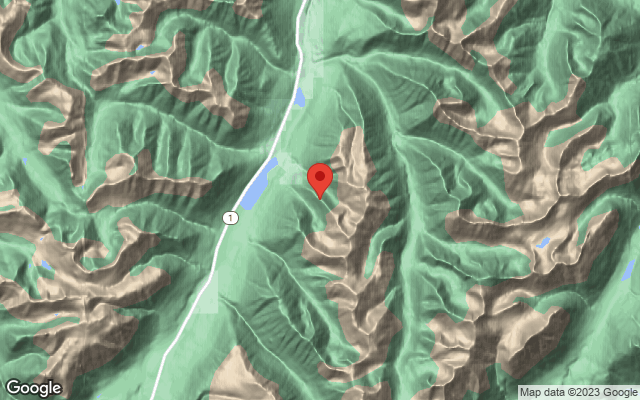