After some planned and unplanned delays, we toured up the standard skin track starting at 0915. The original plan had been to use the creek south of the ridge for quicker access to the back bowl under Peak 4790′. Due to our delays, we didn’t feel comfortable spending so much time underneath all those slopes, and decided to take the ridge. It was brilliantly sunny and quite warm once out of the shadows onto the ridge at 1045 or so, but the snow surface did not warm as quickly as we had anticipated. External time constraints meant we had to be back to the truck by 1315. We were hoping to ski corn, so we just kept moseying back along the ridge waiting for things to warm up until we reached the highpoint on the ridge before the saddle immediately west of Peak 4790′. Waited there for another 25 minutes, but still didn’t see any small point releases happening on the slopes that had been in direct sunlight all morning. We were pressed against our time constraint, so at 1245 we skied the ridge back down to approx. 3300′, then skied a rib off the southwest side. It was still completely frozen and very chattery.

From the lake up to the first main bump above treeline, the snow surface was a deep freeze crust 7-10cm thick. On top of the ridge the variability between the slightly northerly facing and slightly southerly facing was impressive. As you stepped close to the rollover on the northeast side of the ridge, the snow surface was dry settled snow with ski penetration of 2-5cm. However, take a couple steps to the south where the ridge starts to roll over to that south-southwest aspect, and it went back to hard supportable crust 5cm thick. As we ascended the ridge, the depth of dry settled snow increased slightly, and the thickness of the freeze crust decreased slightly. The crust was still very supportable and icy at 1245 when we had to descend, and didn't soften up until we were below treeline at approx. 2000'

No formal pit or tests conducted. 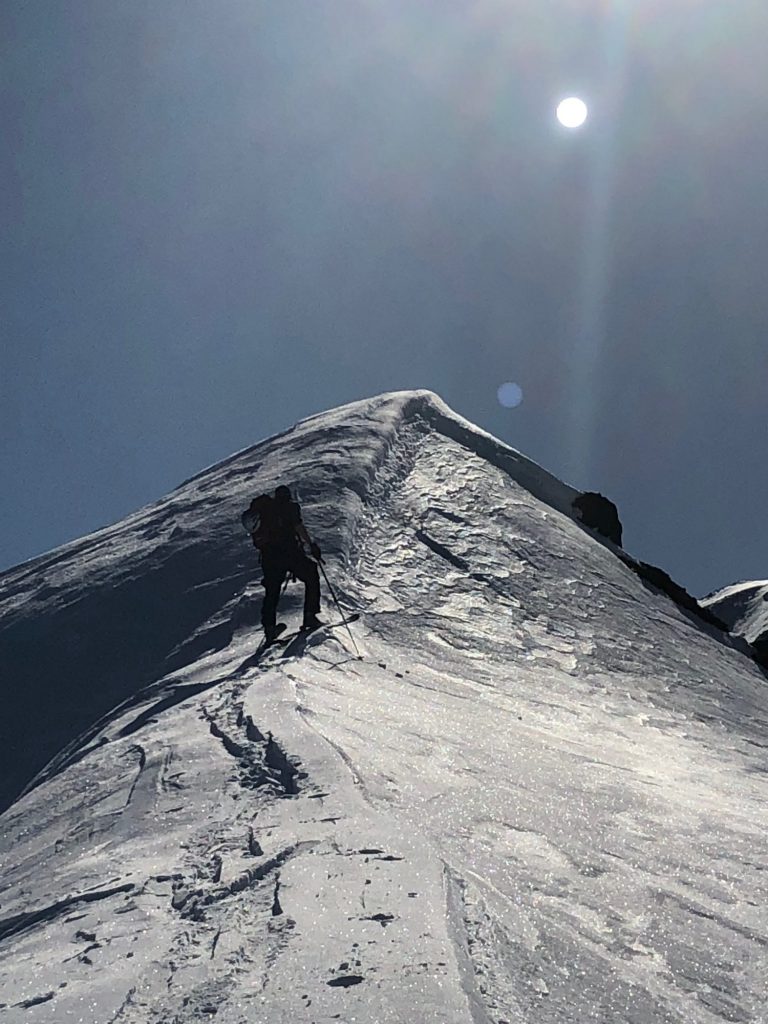 Ascending the ridge, waiting for things to soften up. Notice the ski penetration on the north-northeast side of the ridge, and the icy south-southwest aspect. 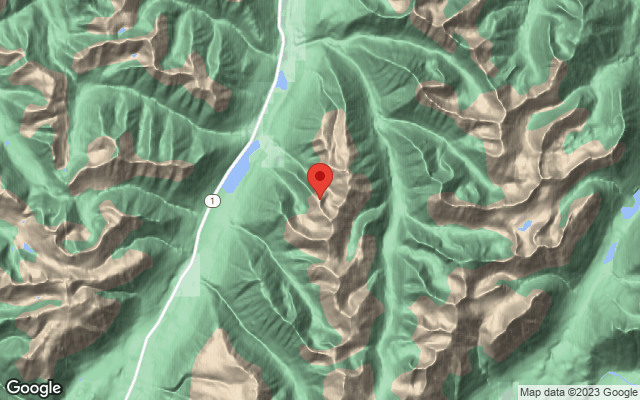