We found it to be a ridge line specific Hard Slab that was triggered by a single skier of a party of three.

It failed on advanced facets above the region wide Jan melt freeze crust. The slab was 1finger to pencil and
ranged from 18” deep to about 6”. It entrained loose surface snow in its track. The initial hard slab blocks
were evident in the mixed debris.

We suspect that it was formed during last week’s minor wind event on 2/10 -2/11? It appeared that surface
warming did not play a major role in the avalanche release. It is likely that slabs like this can be found
throughout the summit lake region.

A quick look around shows that wind has played a factor in distributing the limited snow there is. See
pictogram. 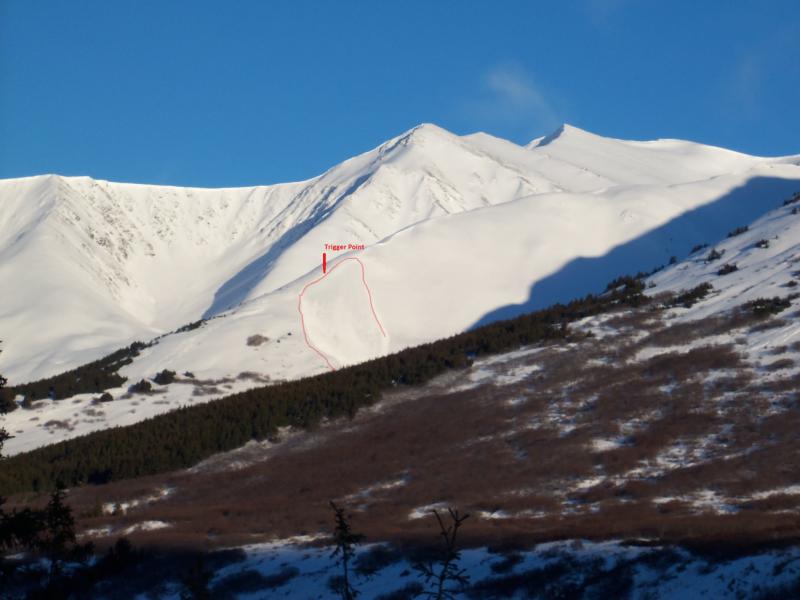 Skier triggered windslab on a Southern aspect of Tenderfoot. Picture was taken immediately after Incident on Thursday, Feb.12. 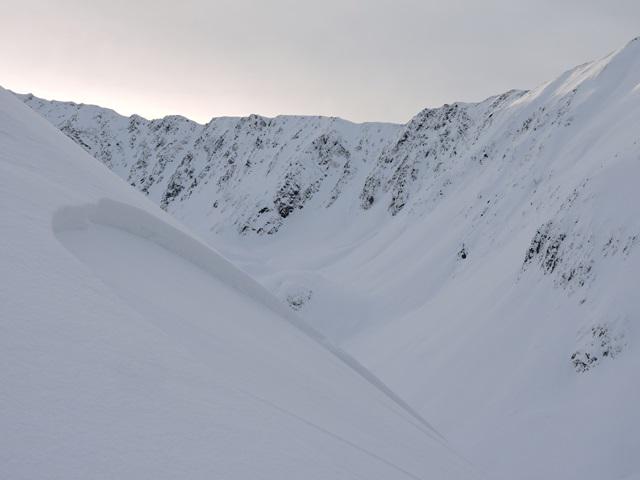 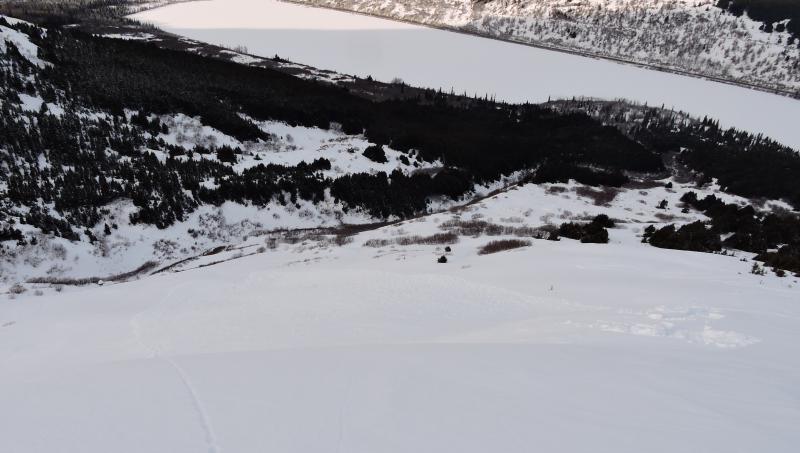 It entrained loose surface snow in its track. The initial hard slab blocks were evident in the mixed debris on lookers right side of this picture. Photo taken on Feb.13. 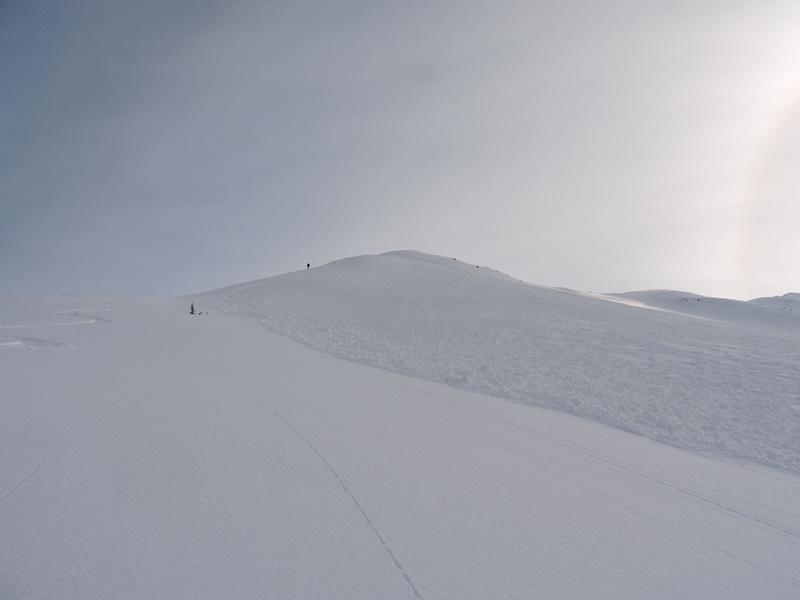 View looking up at the crown from below. Notice the person standing on the ridge for perspective. Photo taken on Feb.13. 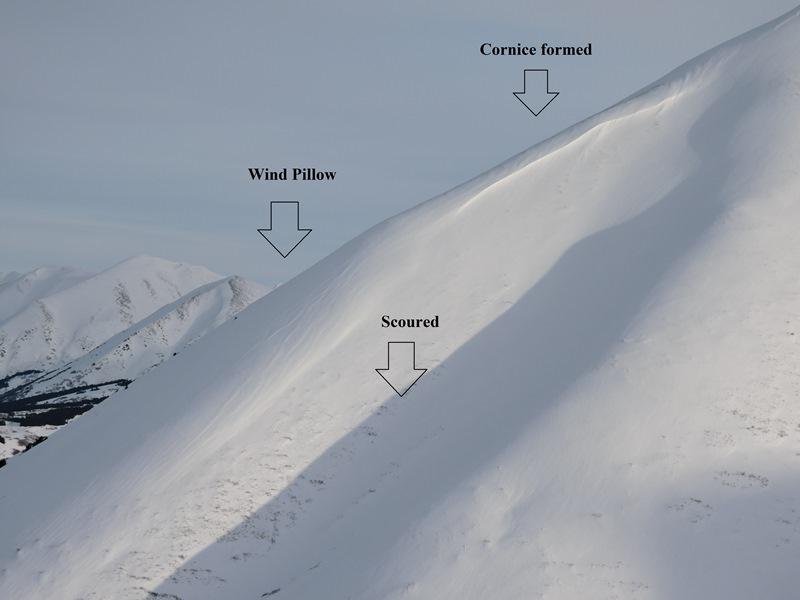 The wind pillow in this picture is a good example of what the surface of a windslab looks like in steep terrain. Picture was taken of near by ridge. 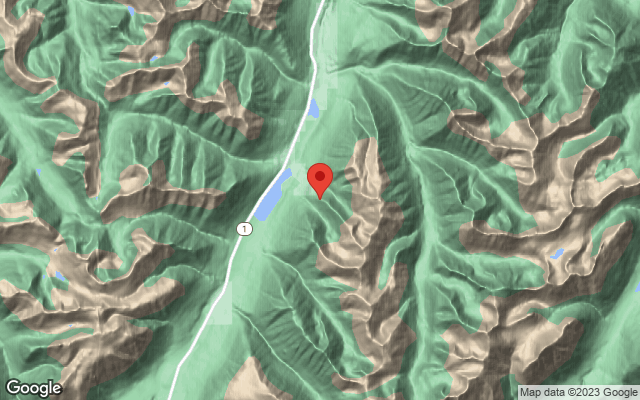