Traveled along the ridgeline of Tenderfoot. Stuck to north aspects (south were
dust on crust).

Weather:
Cold and clear. Temperatures in the teens below treeline and single digits on
the ridgeline. Winds were light and variable in drainage bottoms. Ridges were
seeing moderate winds from the northwest. Stronger gusts were hitting higher
peaks – plumes visible (see photo).

Red flags and signs of instability:
-Visible wind loading (red flag).
-Cracking in areas with fresh wind drifts (in the area we traveled these were
very small and isolated to the top of the ridge.
-Avalanche activity was confined to human triggered moderate volume and medium
speed sluffs – north aspects. These needed a slope angle of 45 degrees to really
get going.

Concerns:
Wind slabs and sluffs. Tried and failed at finding a wind loaded slope. I’m
betting there are some fresh slabs out there in isolated areas with today’s
winds however.

Comments:
Great skiing on northerly aspects today. Sluff management was needed in steeper
terrain. West and south had 3-6″ of soft snow over variable crust. Did not get
on east aspects. 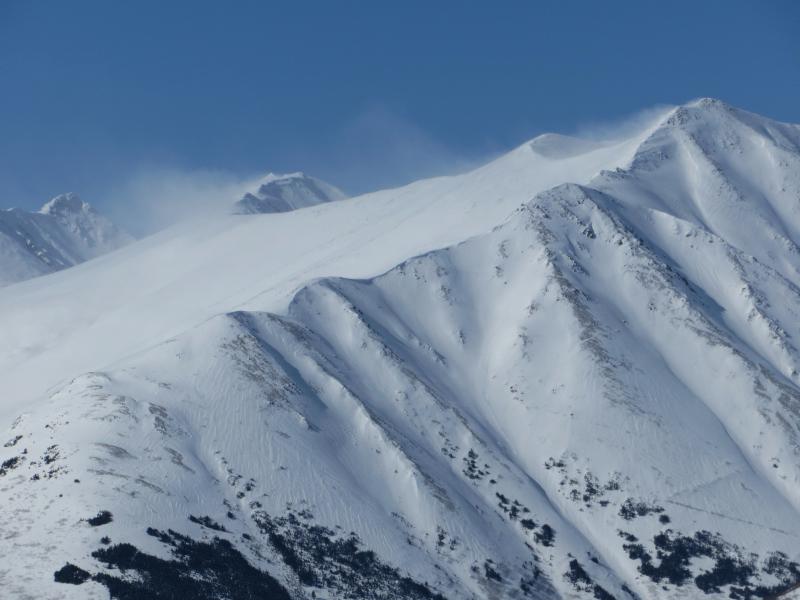 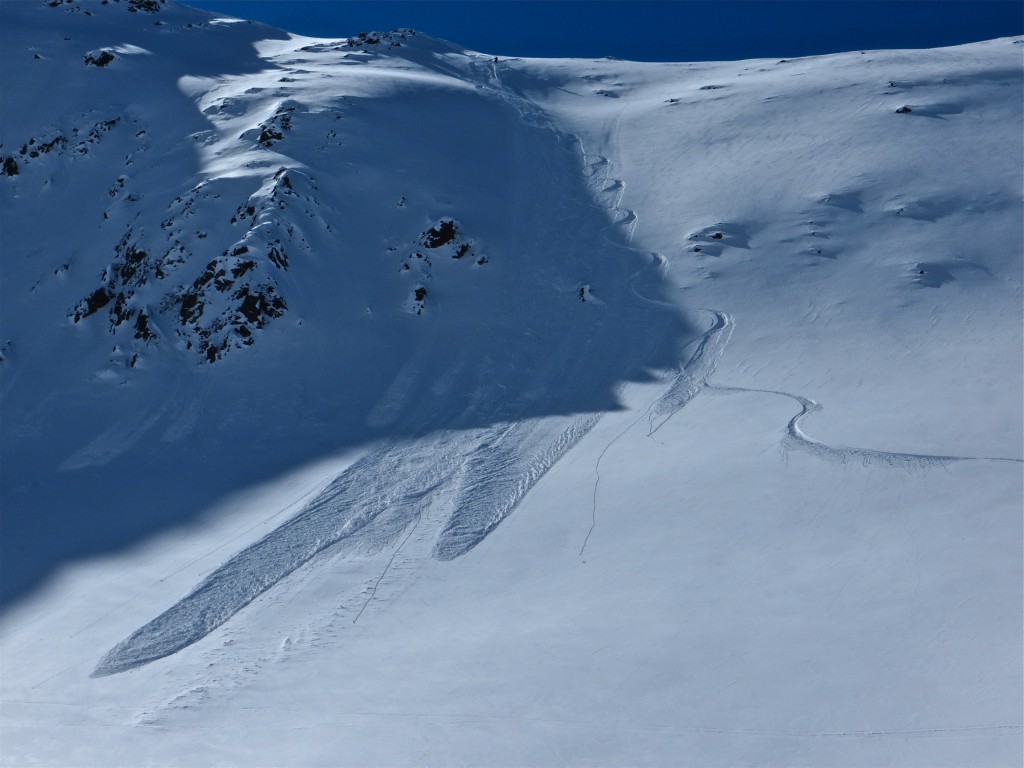 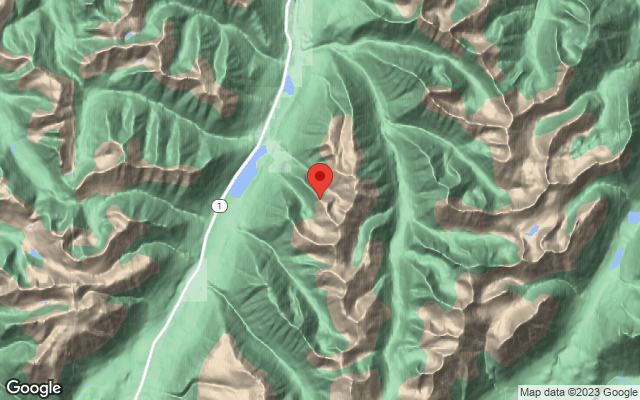