We drove through Summit Lake and observed significant active wind loading along ridge tops. Large plume off of West facing slopes. New avalanche activity was seen on East facing slopes of Fresno Ridge, West side of Butch, SW facing Raven’s Ridge.
We attempted to go up Tenderfoot, but only made it just above weather station (~1600.) Experienced large collapsing and cracking while traveling through very the saturated (isothermal) snowpack. 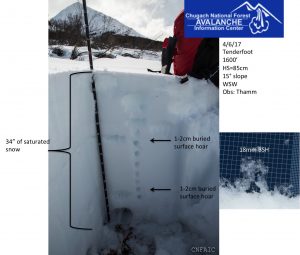 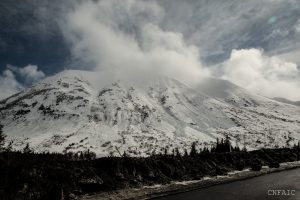 Large plumes of blowing snow/active wind loading
Recent avalanches
Large Collapses - could see alders shaking 60-70 feet away and it would leave thin cracks within the snow, all in very low angle terrain, not steep enough to slide.

We dug a pit at 1600' after experiencing a large collapse. HS =85cm. Layer of 'most' concern was very large grained depth hoar in the bottom 30cm of the snowpack. We also found two layers of large (1-2cm) buried surface hoar, but test results all failed on facets. (CT21, ECTX - but propagated with two additional arm swings.) We took snow temps every 10 cm and found it all to be 0C (isothermal.) Boot Pen was waist deep, could touch the ground when on in skies. Ski pen varied from ankle to knee deep. 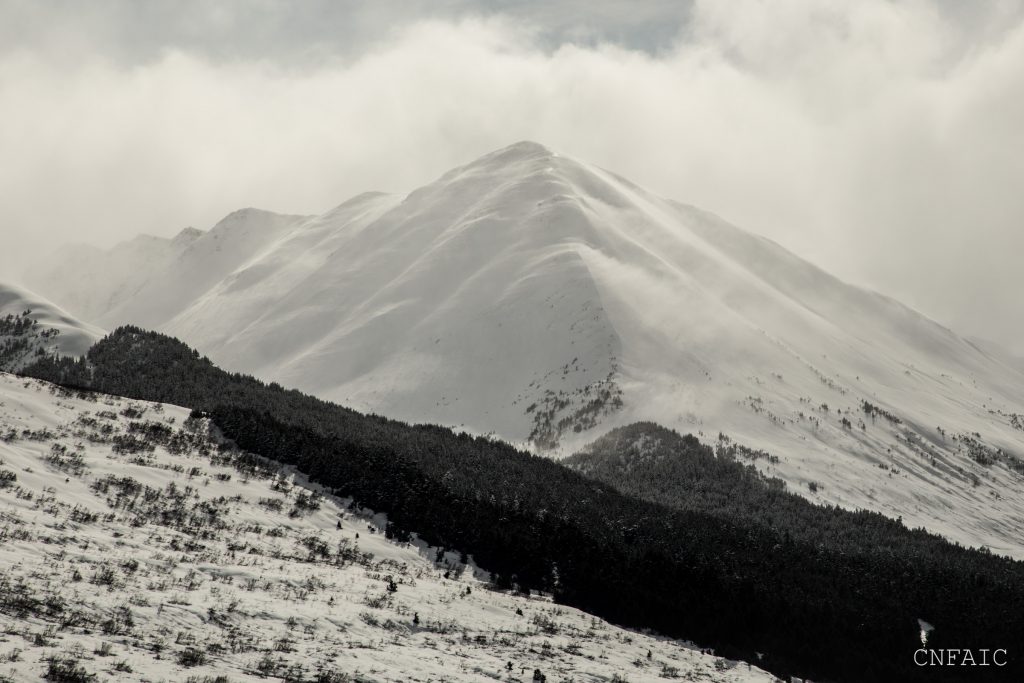 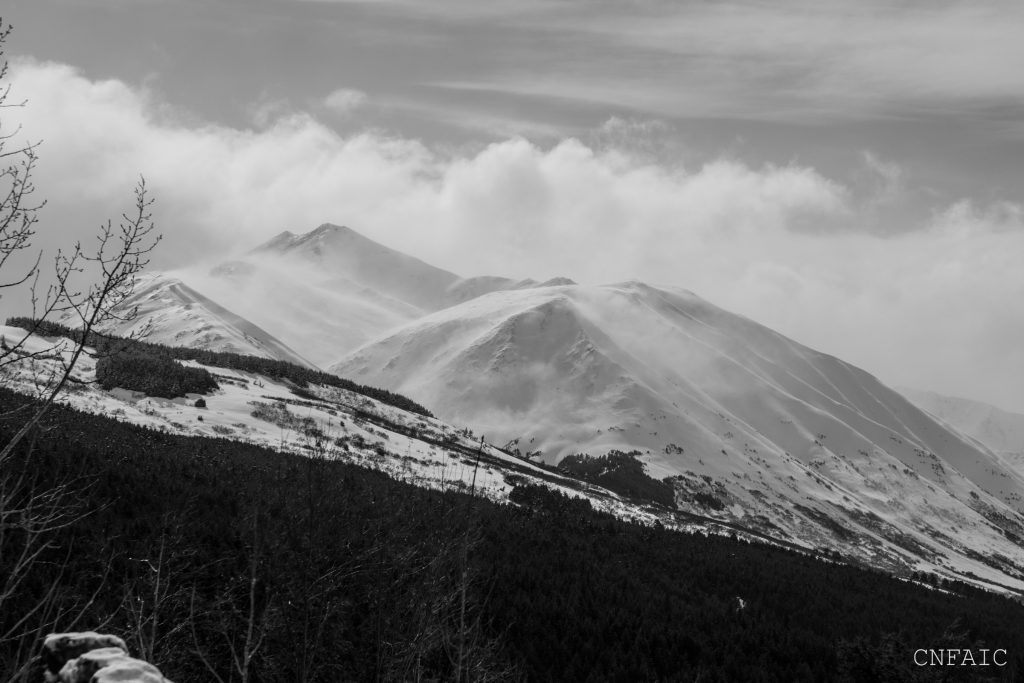 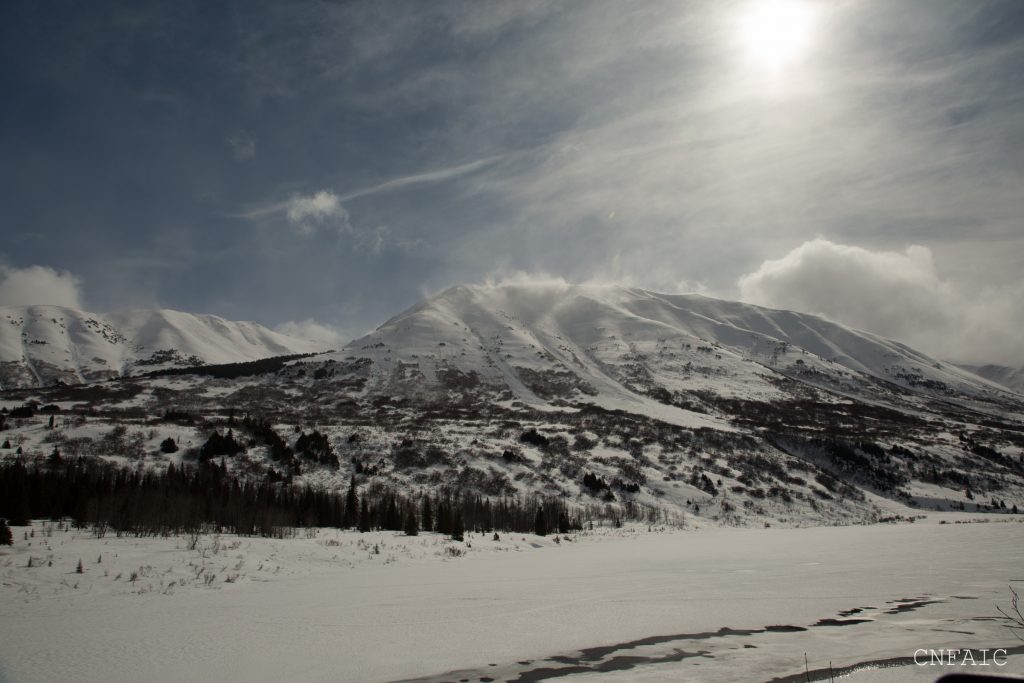 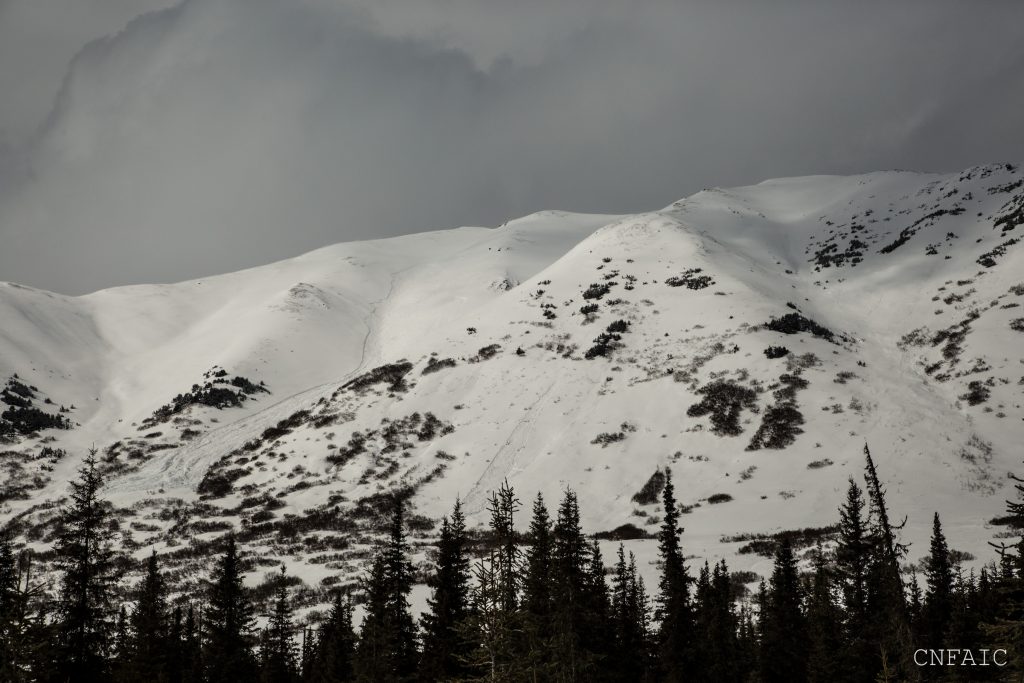 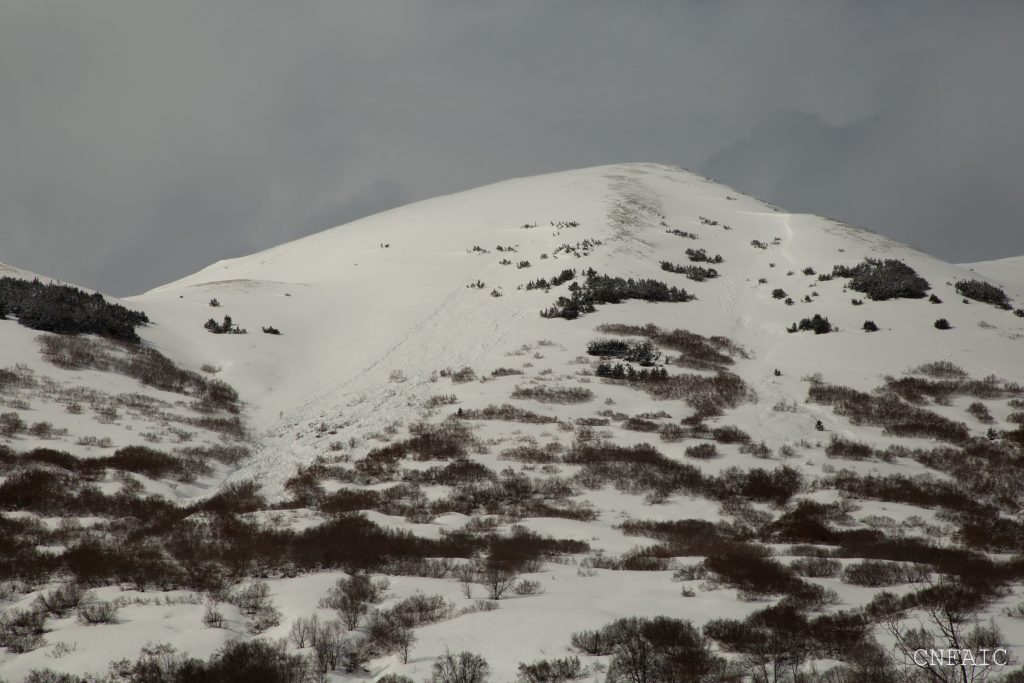 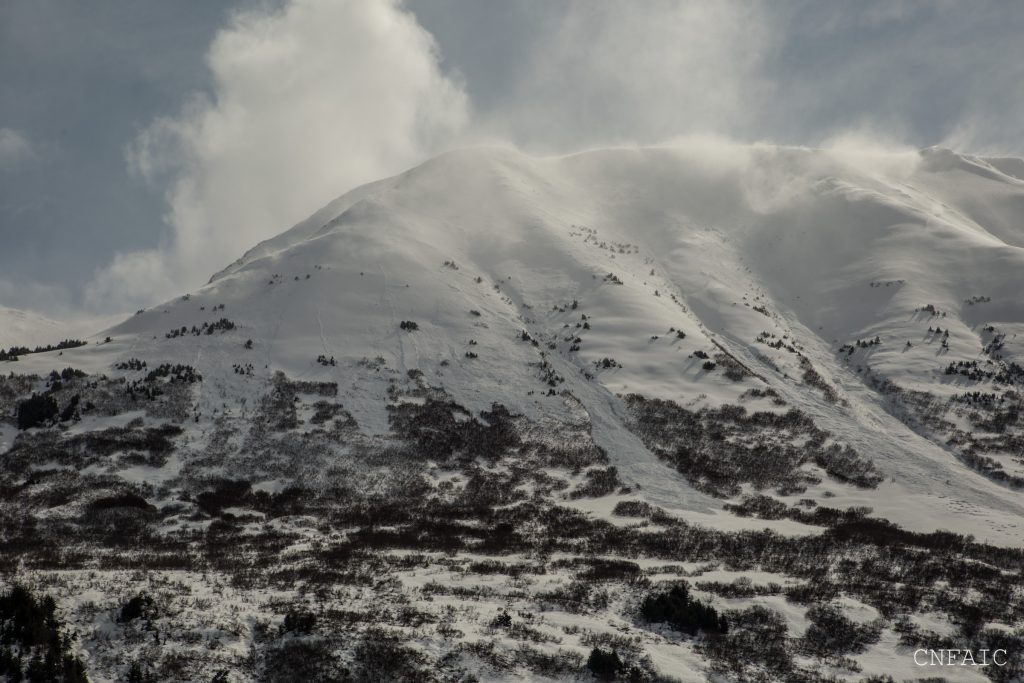 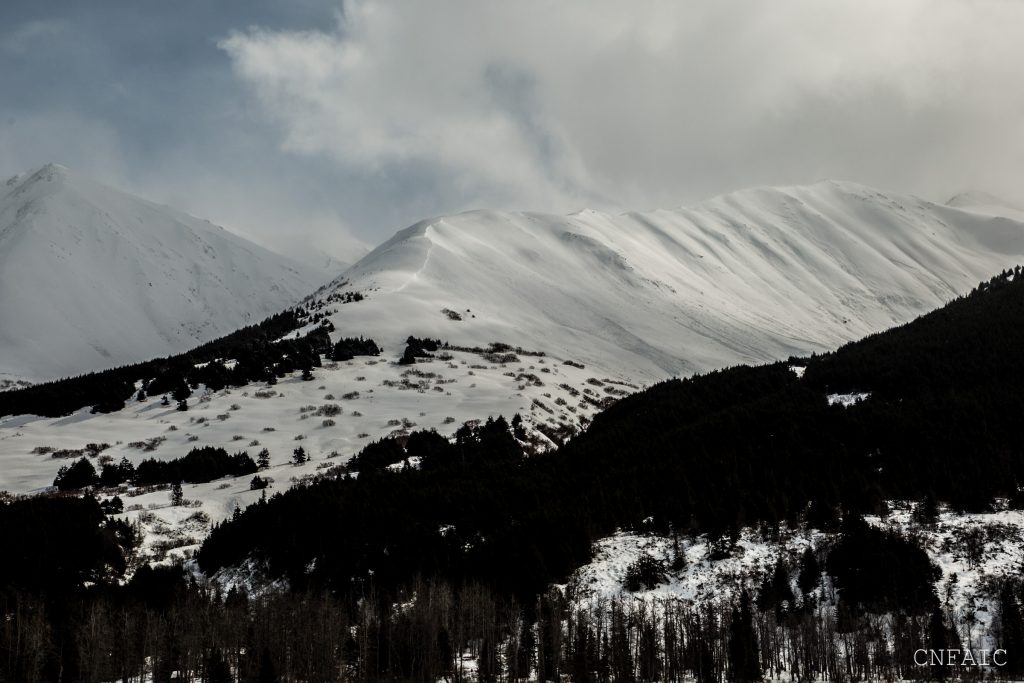 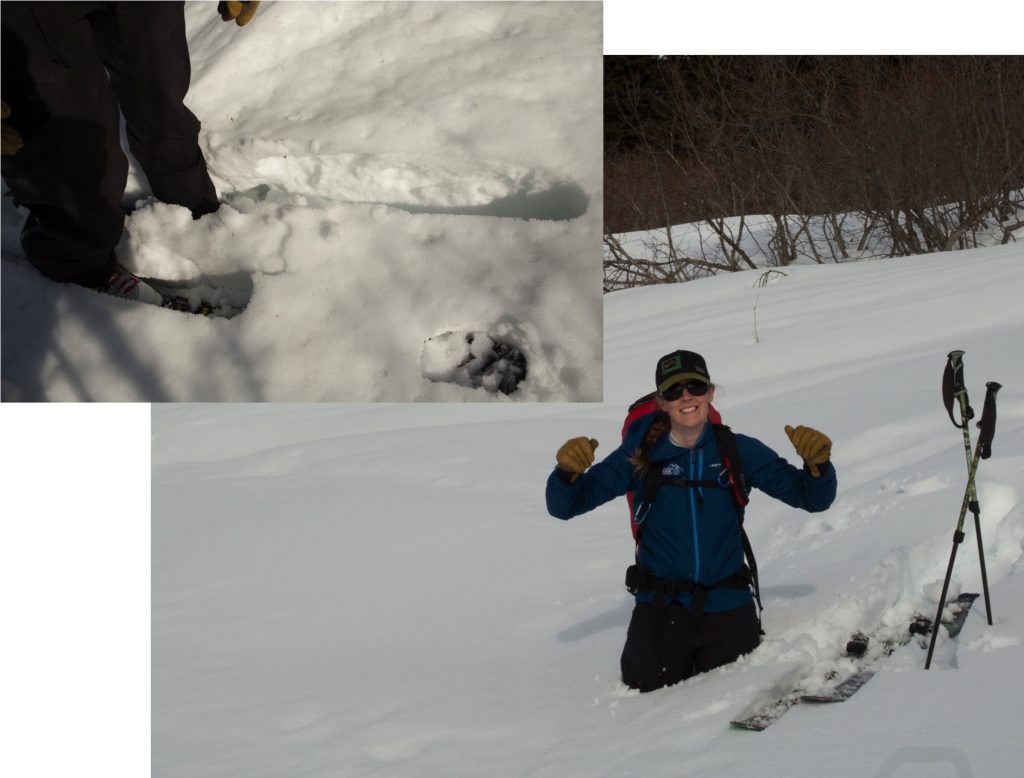 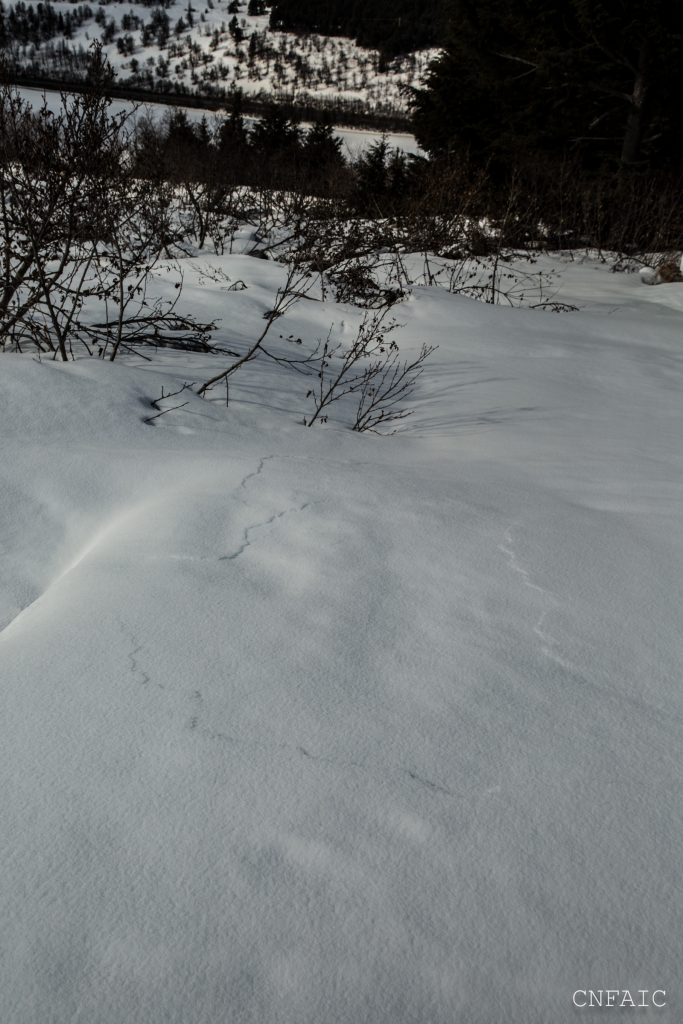 cracks along top 3cm of snow - occurred after large collapsing 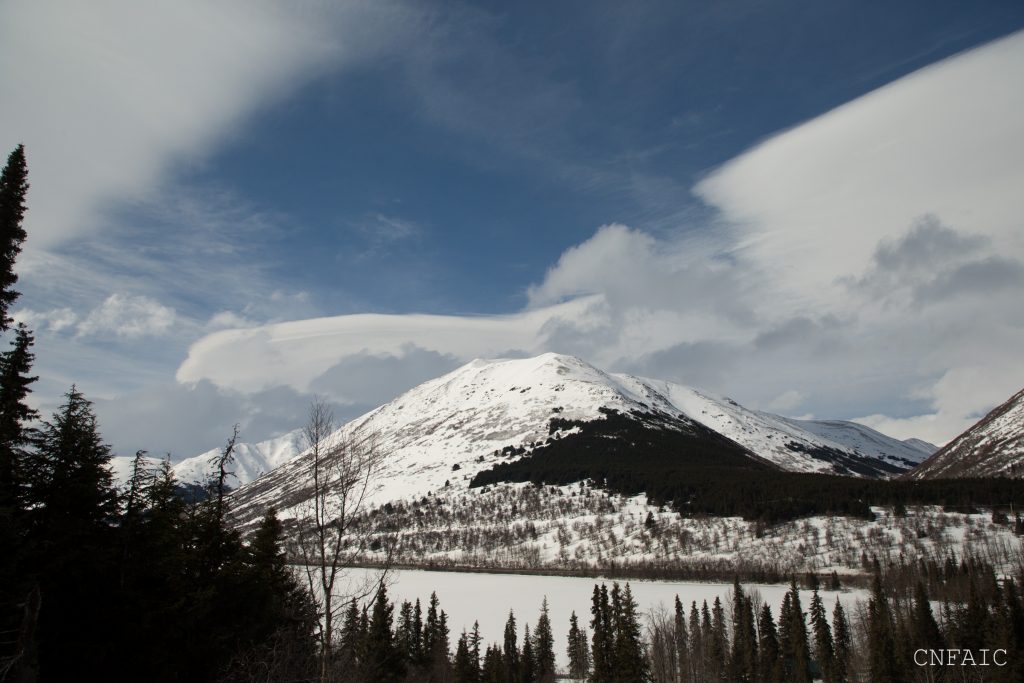 East and NE aspects of Summit Peak with large lenticular 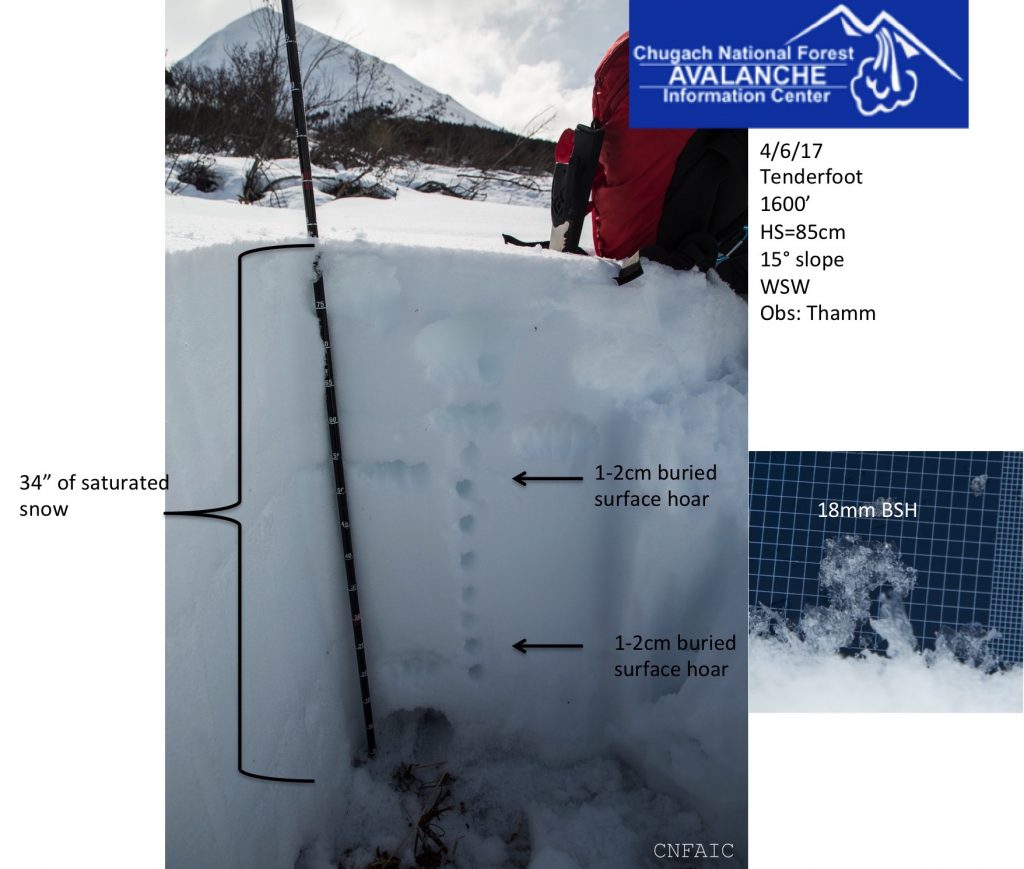 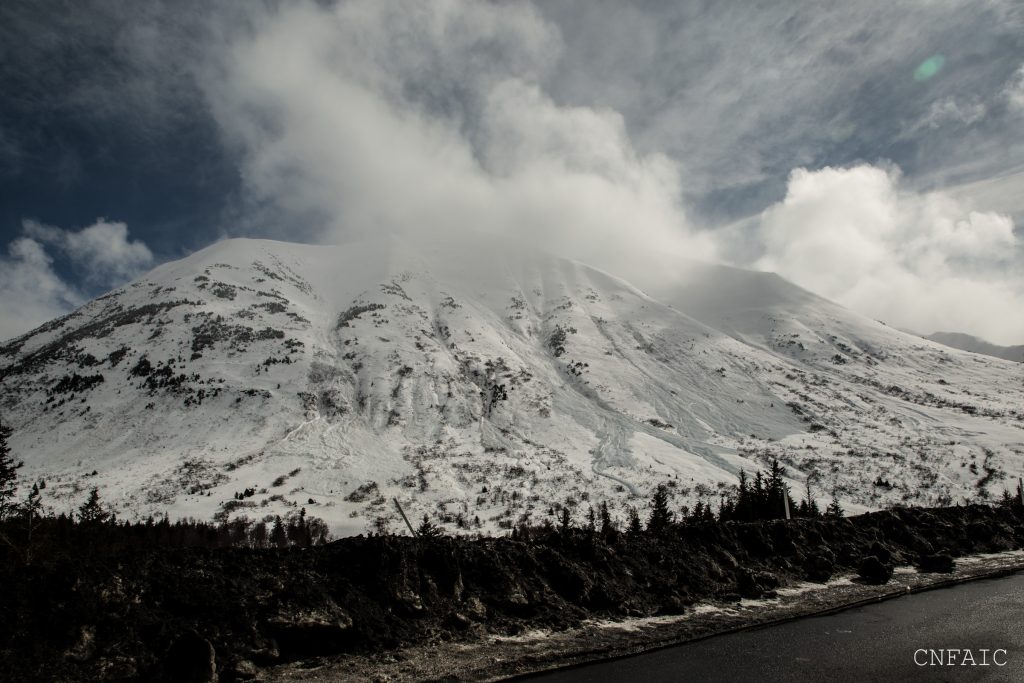 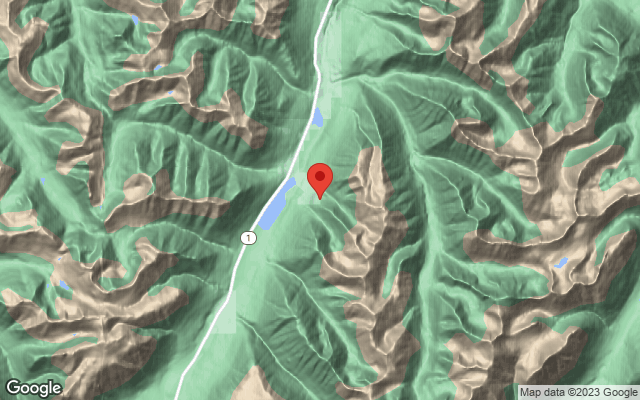