Avalanches on Fresno, Butch south face and in the Incredibowls and south face of Tenderfoot.
Also saw three new debris piles on the NE side of Tri-tip.
Localized cracking in wind affected snow above treeline.

Thin layer of wet snow to around 1500'.
Moist surface snow to around 2500'. 1" of new snow in skin track. Sticky skinning and skiing especially below 2000'
Wind stiffened above treeline. Observed some cracking in the wind affected snow. Slabby in loaded pockets.
Exposed crust along ridgeline and visible in patches on slope

Hand pits were failing but stubborn on small facets above the New Years crust below 2500'
New Years crust increased in thickness and supportability with elevation but was consistently variable with pole probing and boot pen across slopes.

We dug one pit at 3300' on a west aspect, 24° slope. HS: 300 cm, pit depth 120 cm. The was a layer of preserved stellars 25 cm down under pencil hard wind affected snow (CT13, ECTN13). 30 cm down on there was a layer of small faceted snow (CT 14, ECTN13 failed at the same time as layer above but did not propagate across the column). The New Years crust was 50 cm down and 15 cm thick. It was multi-layered with one layer of distinct ice lens combined with melt-freeze layers. There was a 3 cm layer of rounding facets on top of the crust (CT23, ECTP23 initiated on 22 and propagated on 23). The propagation plane was a bit rough. Below the crust was pencil hard old wind affected snow.
We probed in our wind loaded pit location and dug where the New Years crust was shallower. On the windward side of the ridge the crust was completely exposed. 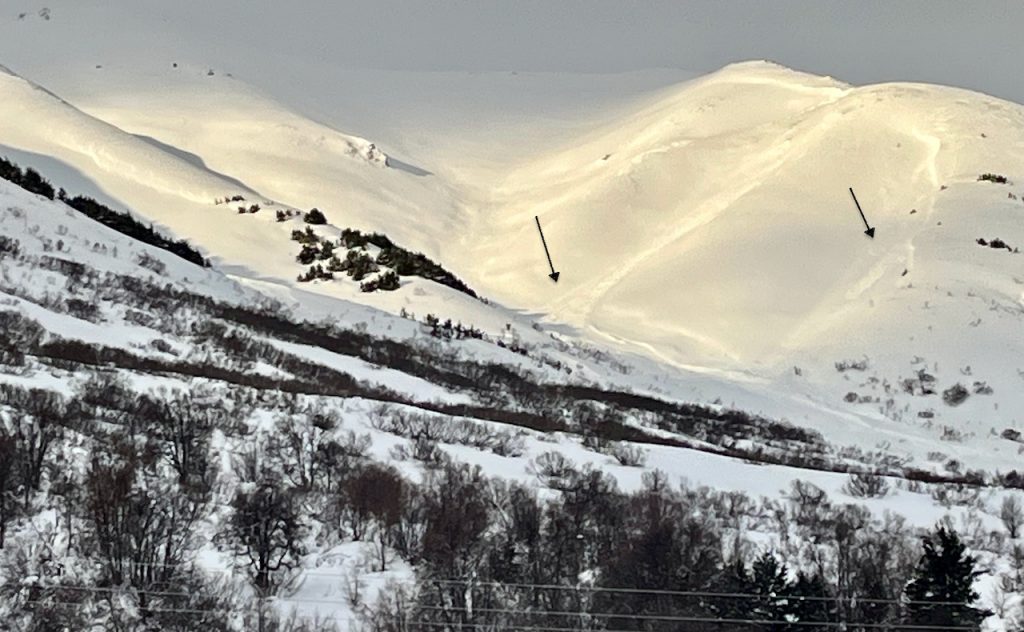 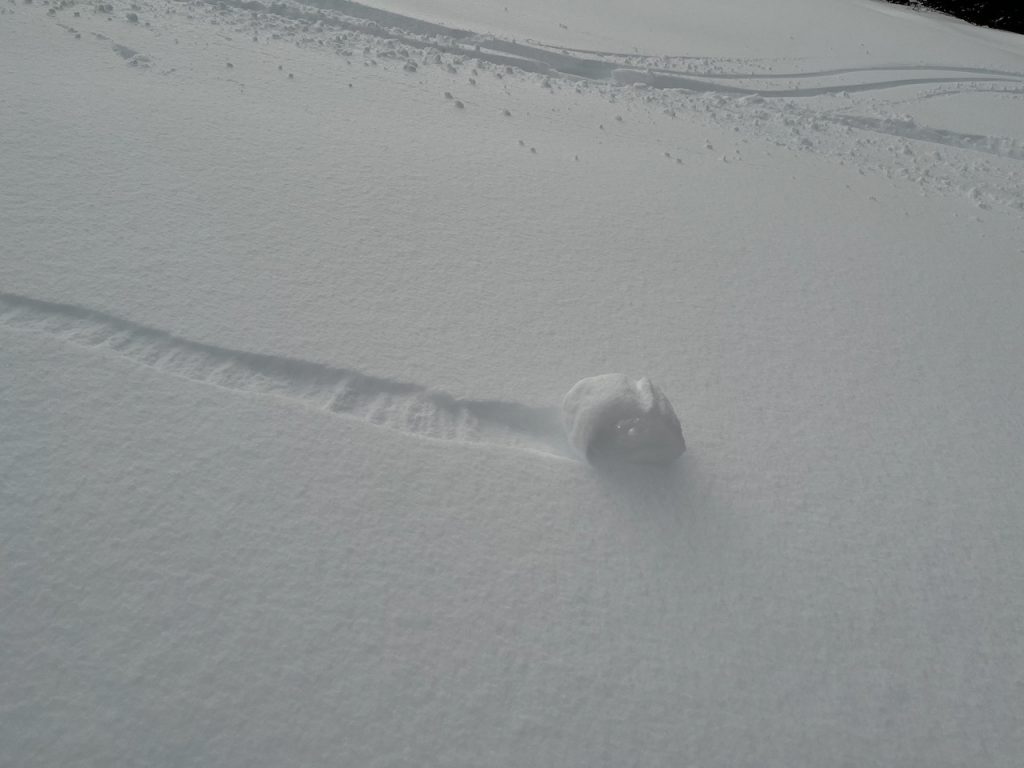 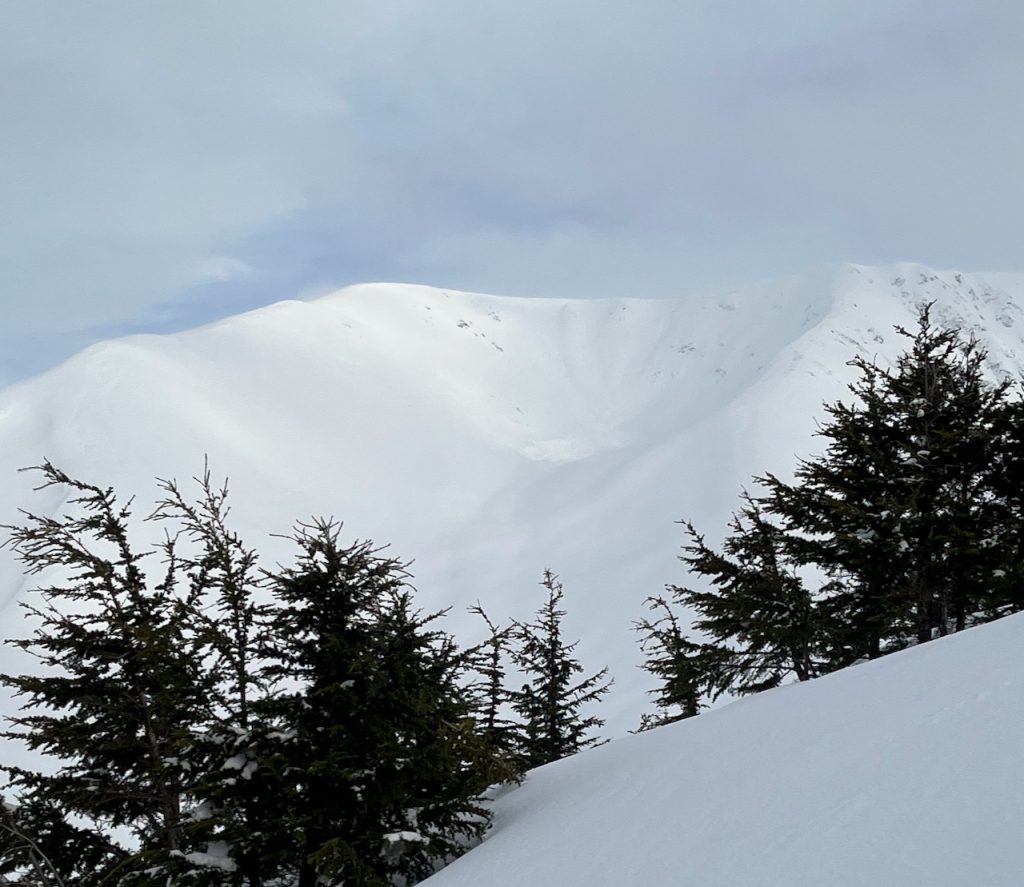 Fresh debris pile in the Incredibowls on Butch 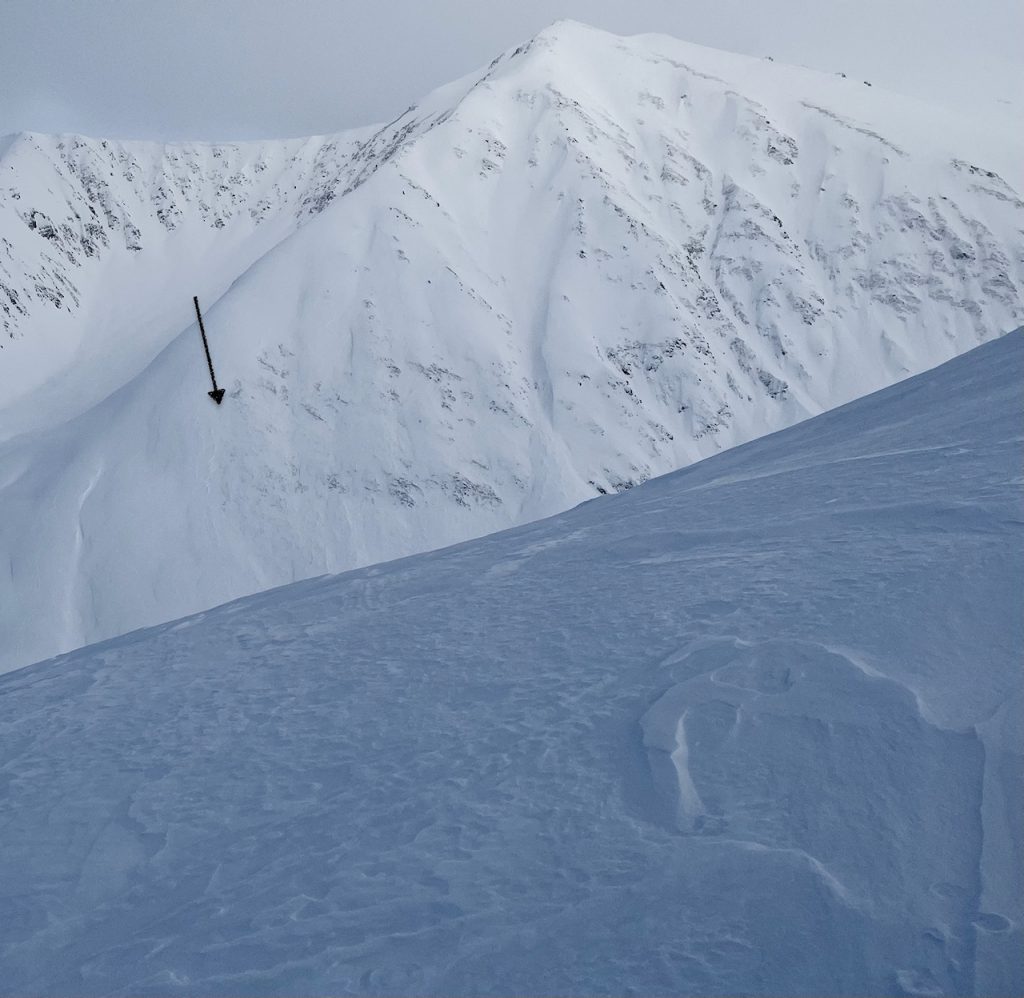 Slab on the south side of Hale-Bop. 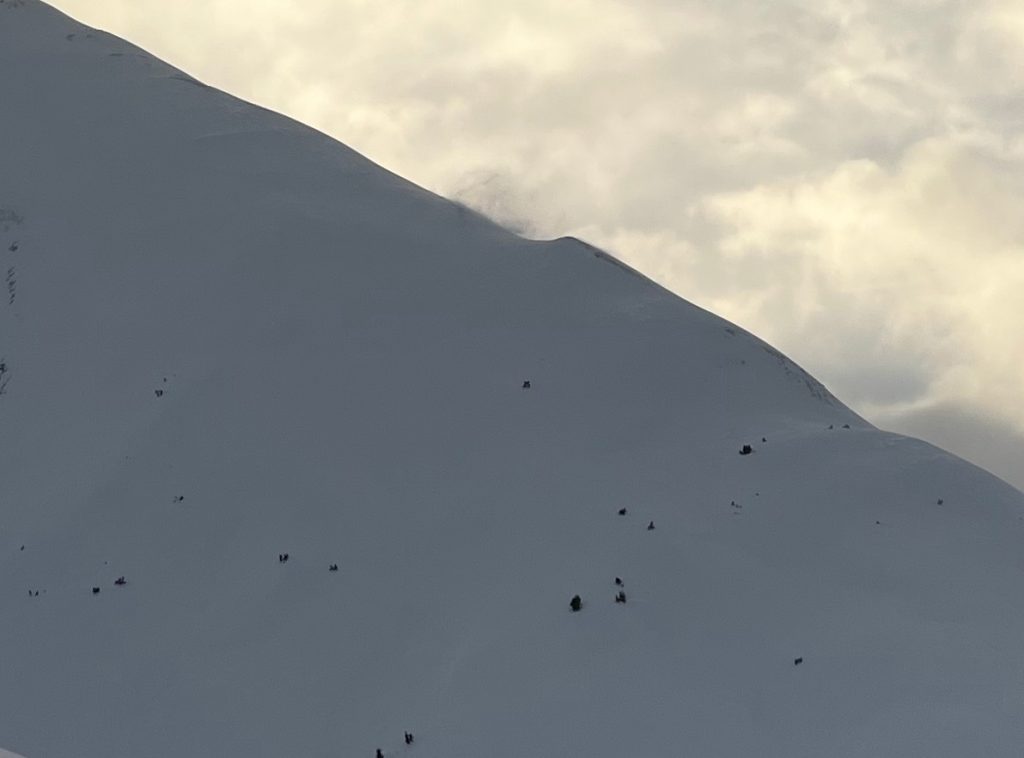 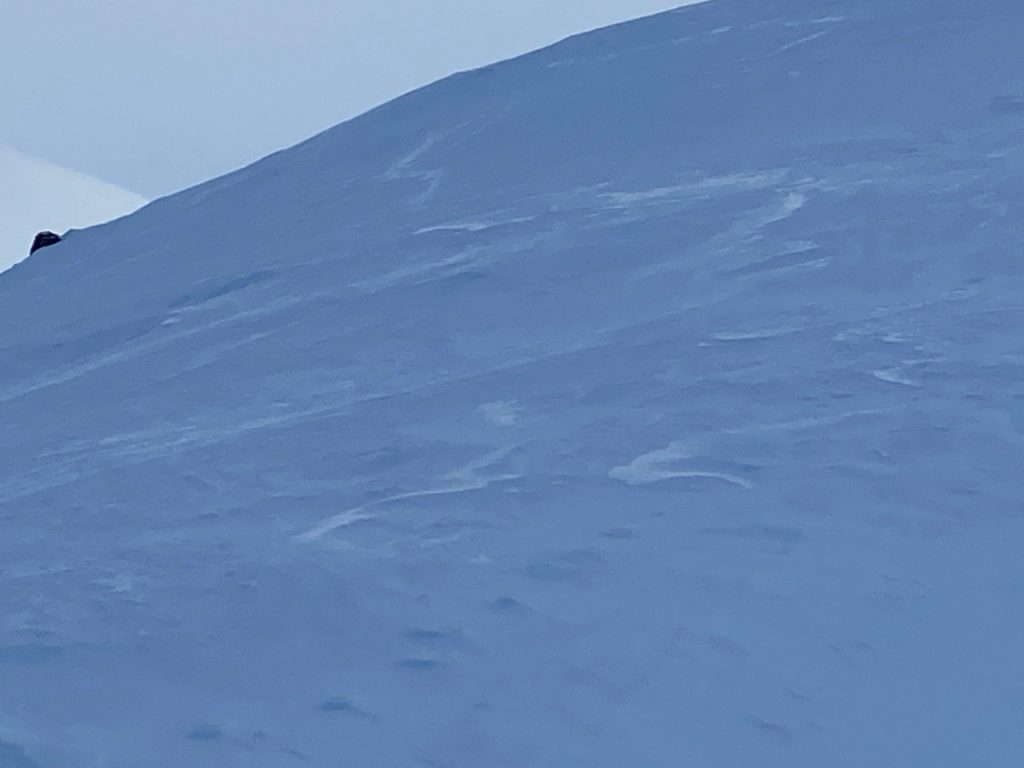 Exposed crust on the Tenderfoot ridge 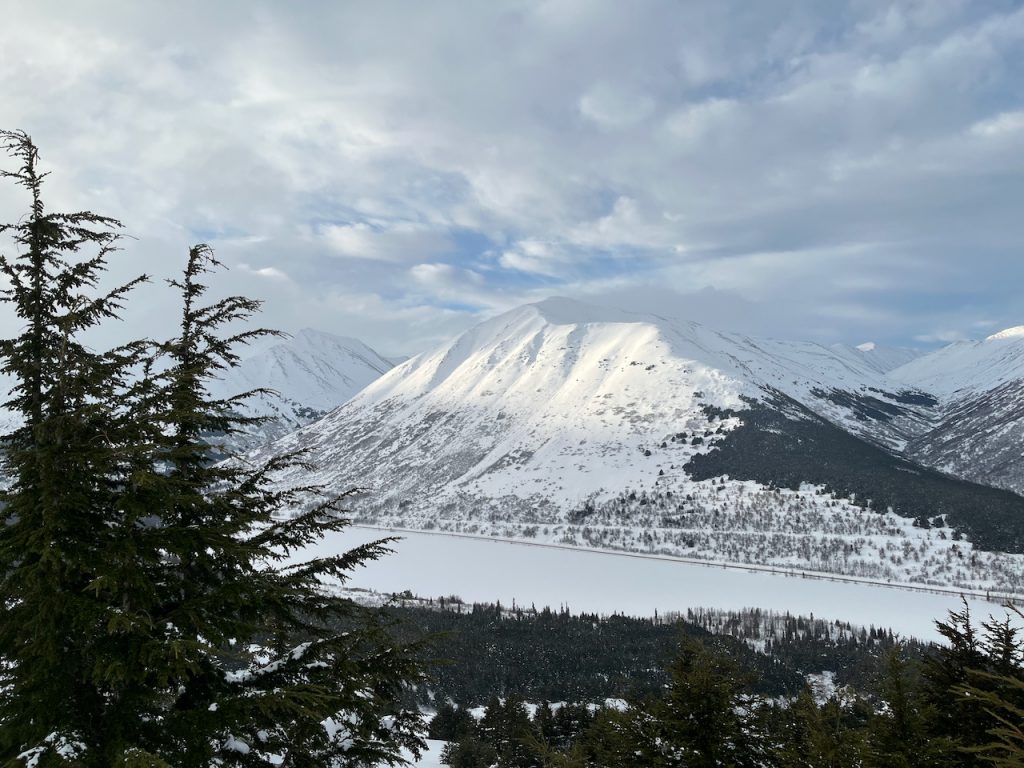 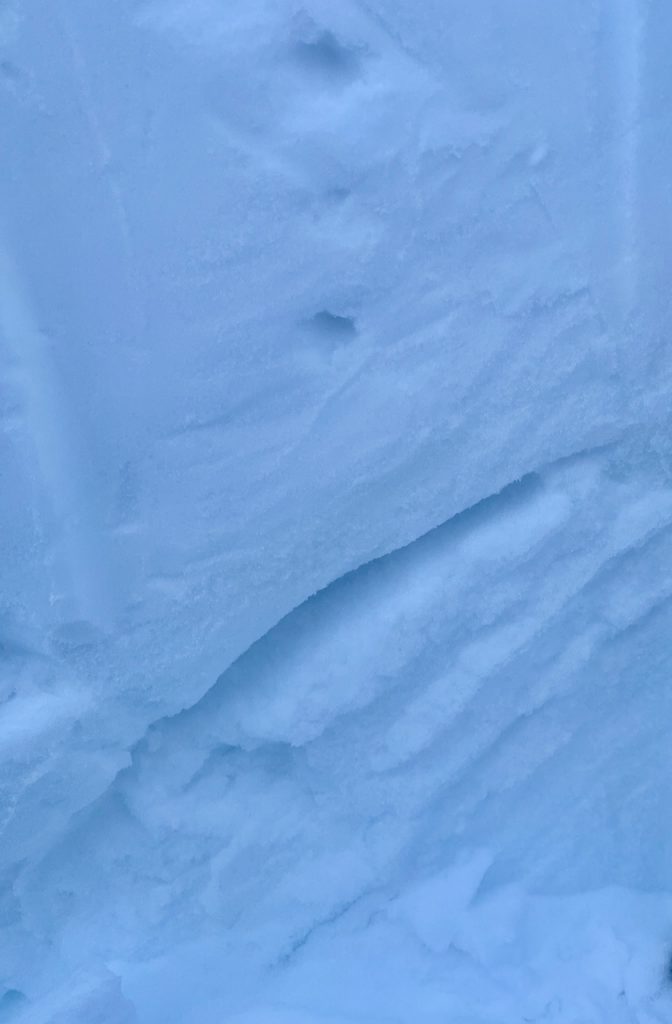