Climbed the standard uptrack. Wind effect was clearly visible on all aspects above treeline, but there did not appear to be significant wind effect until we approached treeline. A number of hand pits and jumping on a test slope below treeline did not produce any obvious slab indications, cracking or whumphing.

Dug two pits at treeline at 2530. Both were W aspect, one was slightly further S.

Basal facets were still present and after ECT, the extended column pulled off at the ground when shovel shearing (see photo). However, compared to Nov./early Dec. this facet layer is thinner and less reactive.

Pits were dug in an area with minor wind effect near treeline, we skinned about 100 vertical feet further up and found a lot of wind effected snow on the same aspect with about 20cm less snowpack overall. 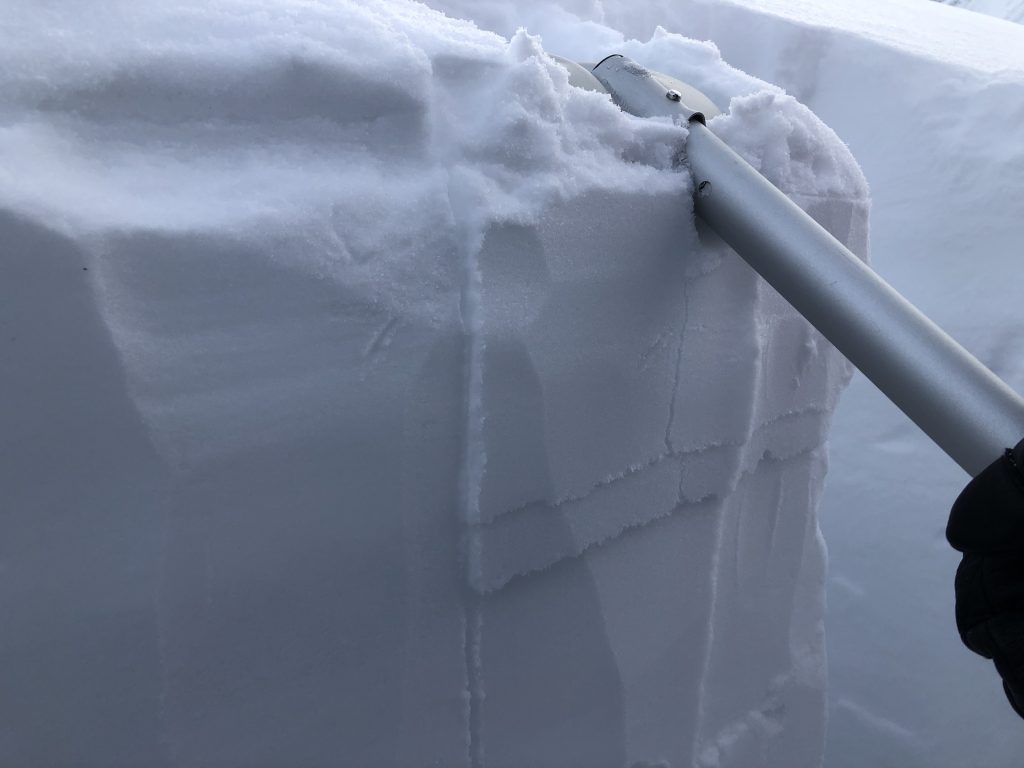 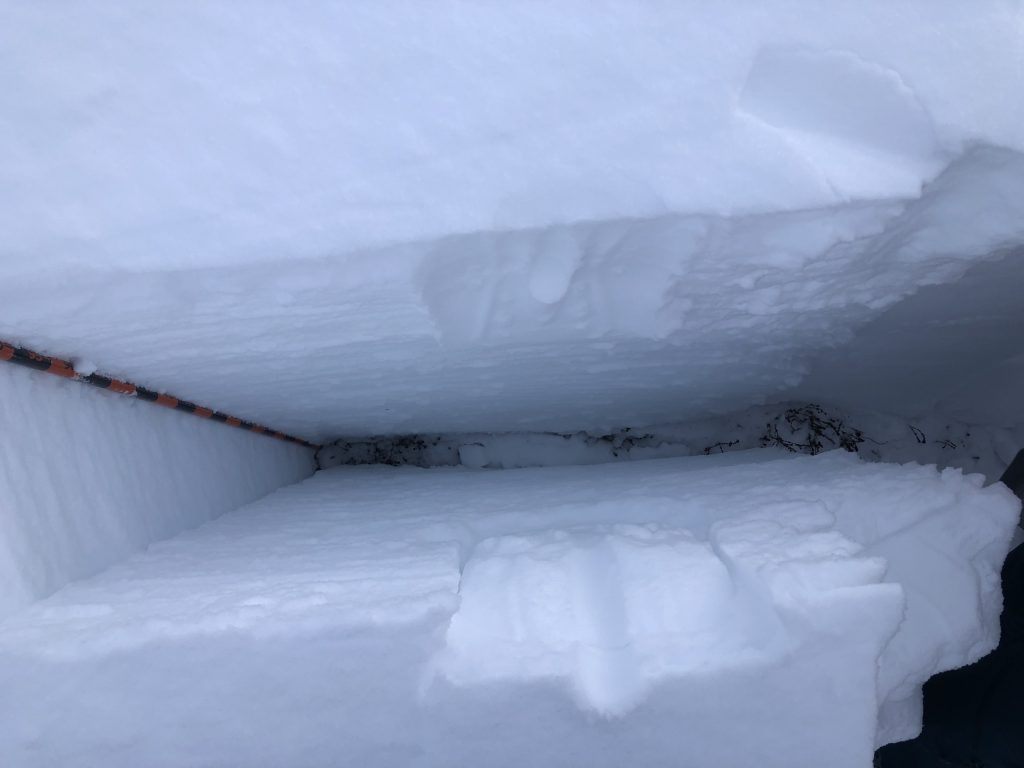 115 cm extended column broke at basal facets when pulled with shovel, but no propagation in ECT 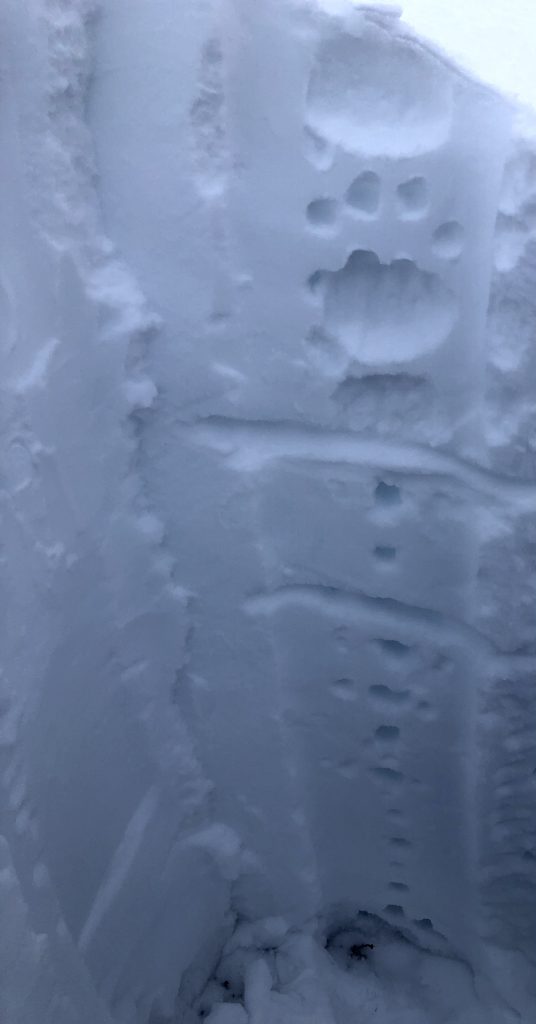 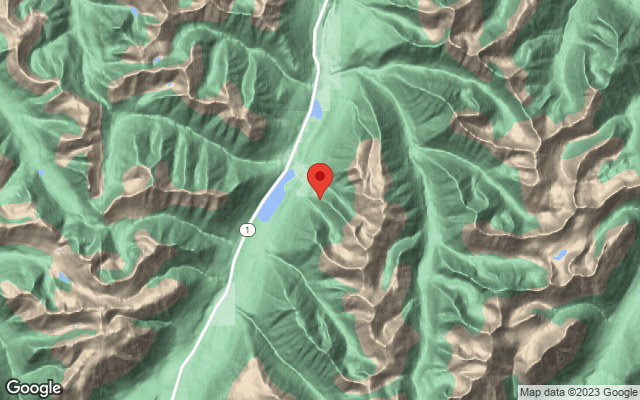