Skiing and snow science at Tenderfoot. Started the day at ~1030 with thinly
overcast sky, no precip, and light winds at trailhead. At ~1130 sky was getting
more obscured, it was flurrying, and the winds were light-moderate at 2600′. By
noon sky was obscured, it was snowing lightly and winds were moderate at 2600′.
By the end of the day, back at the trailhead ~1600, skies were transitioning
from obscured to overcast again, snow was tapering off to light flurries, and
winds remained moderate.

Did a full profile at 2600′ NW facing. Snowpack seems to be developing nicely
here with a low temperature gradient and rounding of previously faceted layers.

Skied a couple north facing runs from ~3100′. There was wind affect above
treeline, but didn’t make for bad skiing. However, along the uppermost part of
the ridge we ventured to there did seemed to be a stiffer slab underneath the
remaining bit of newer, softer snow that had a several cm significantly softer
layer below with another harder layer underlying that. This snow seemed more
reactive than everything we found below.

No red flag instabilities noted throughout the day, but we didn’t push it… 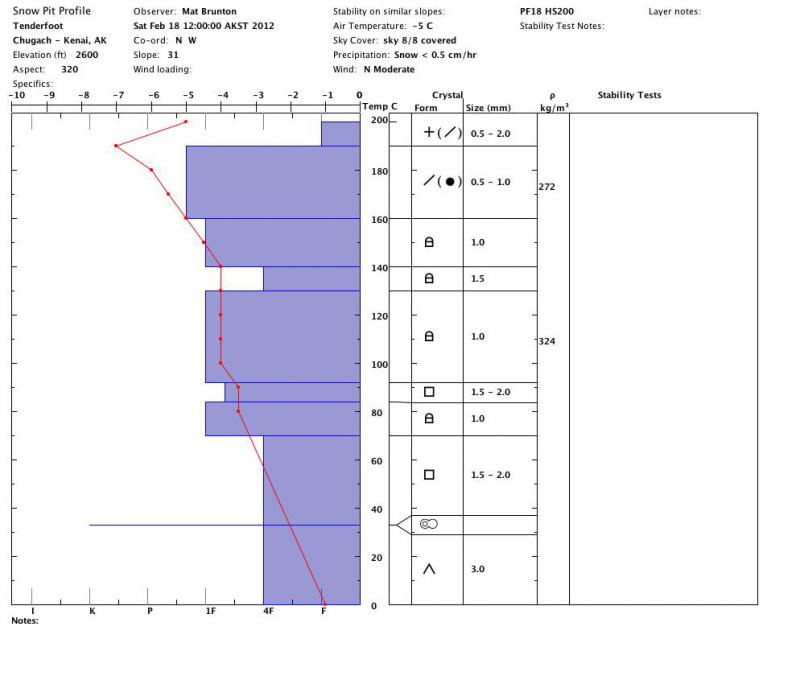 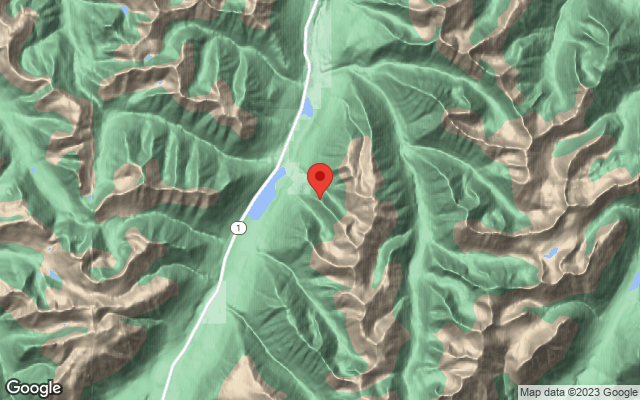