Standard Tenderfoot uptrack, and then along the ridge to a highpoint of 4100′. Looking for existing weak layers and observing the surface conditions.

Old debris between Tenderfoot and Butch and an avalanche crown on the SW Bowl of Butch seen. None looked within the last day or two - probably during or immediately following the storm that ended last week.

~Car to 3000' - Supportable crusts with moist snow beneath it. About 1' of crust interfaces above wet angular facets. Throughout the day the supportable crust became softer and an enjoyable ski on more western facing aspects.
Above 3000' - Transition to dry snow, still a primarily supportable crust. A thin sun warmed surface film was forming on South West aspects, while on North West aspects it was soft drier snow with two thin crust interfaces on top. The upper thin crust had 4-6mm surface hoar, cup-shapped.

Below 3000' - we found that the snowpack had a thick crust interface about 30-35cm of crusts, on top of moist angular facets.
Above 3000' - we found a transition to more dry snow, specifically looking on Northern Apects in which we believed a weaker snow structure would exists. We dug two pits and found that weak faceted layers do still exist within the upper 2' of the snowpack - but there is spatial variability between these pits.

These two pits were in very close relation to each other, but had large structural differences. 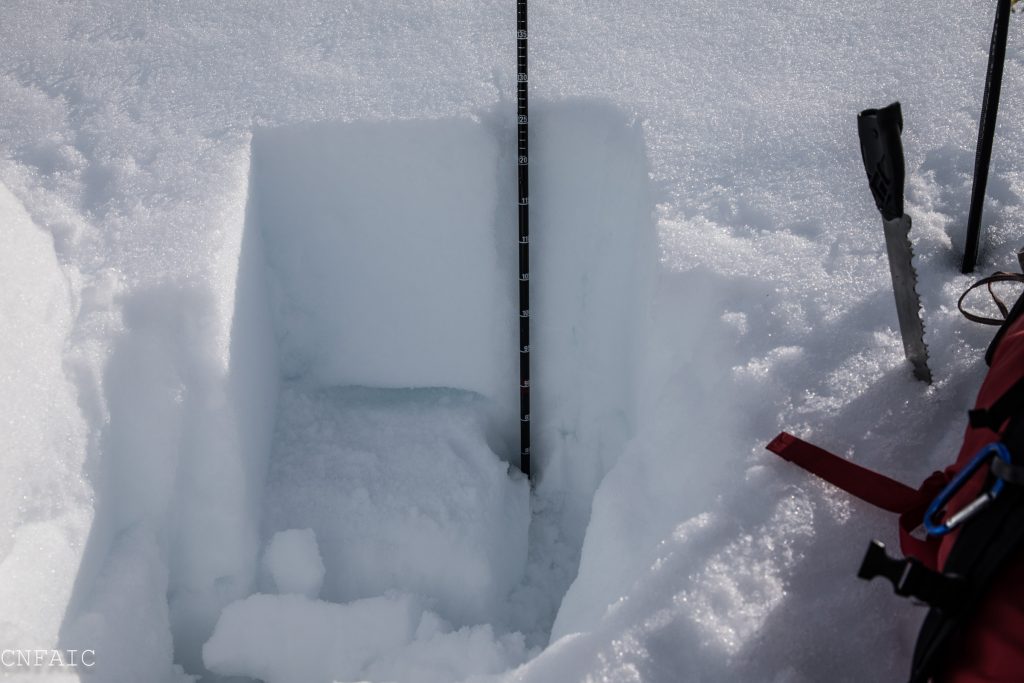 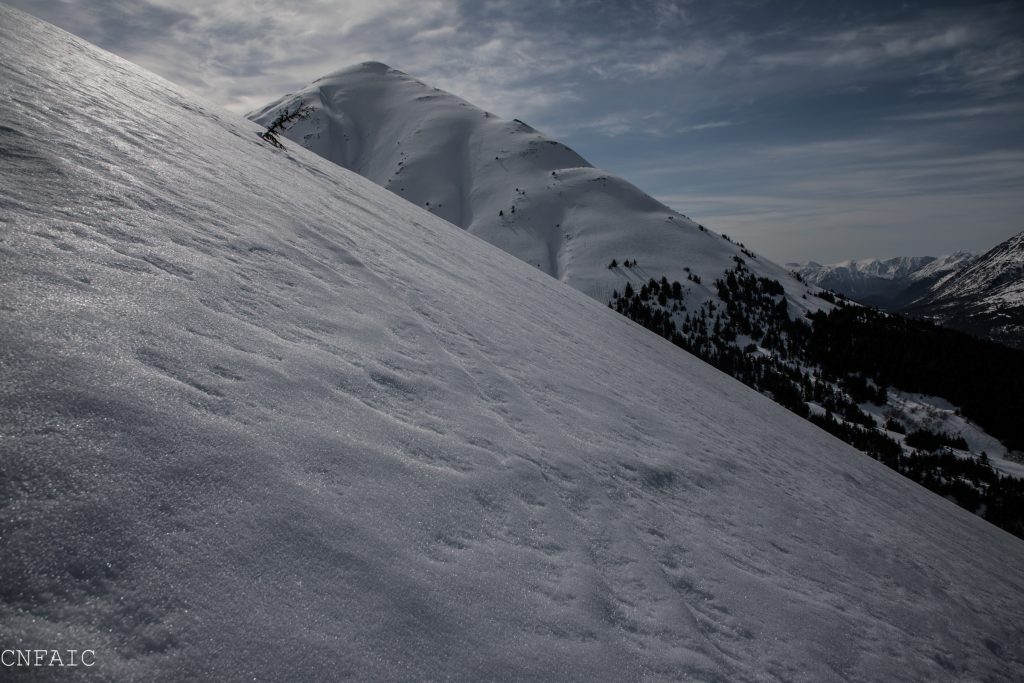 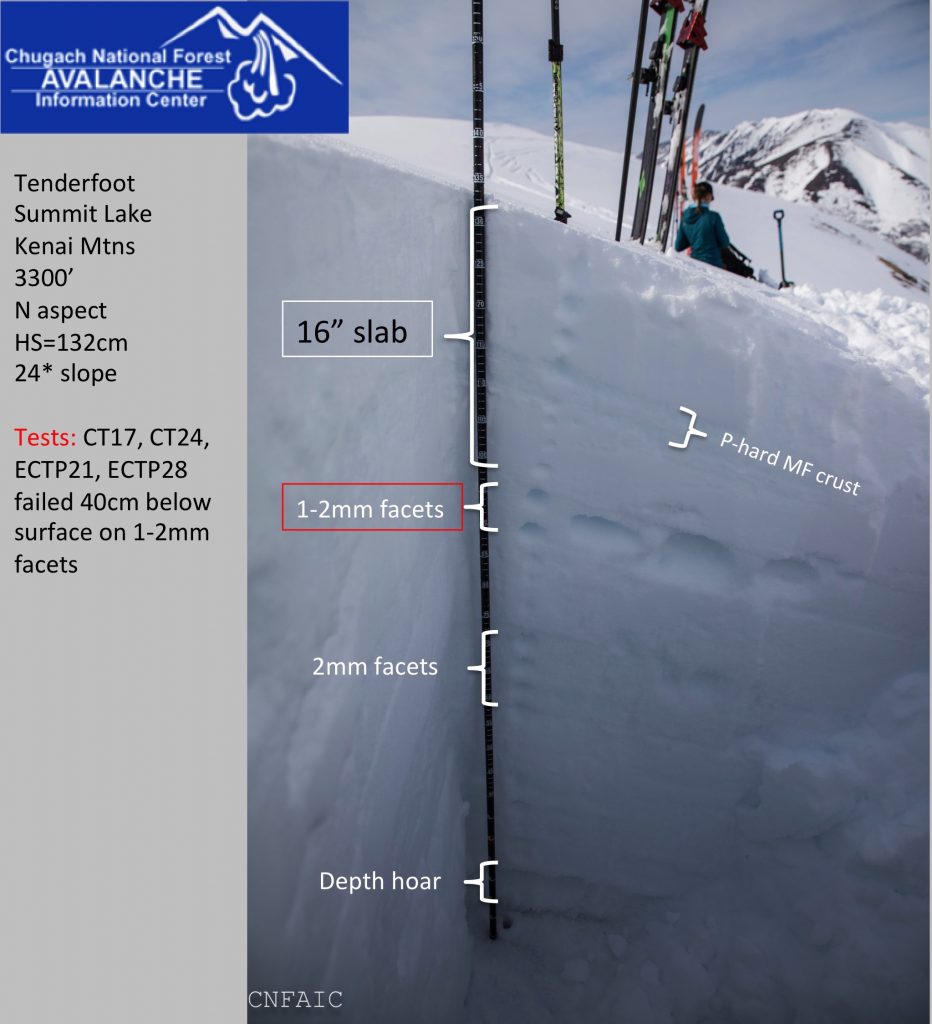 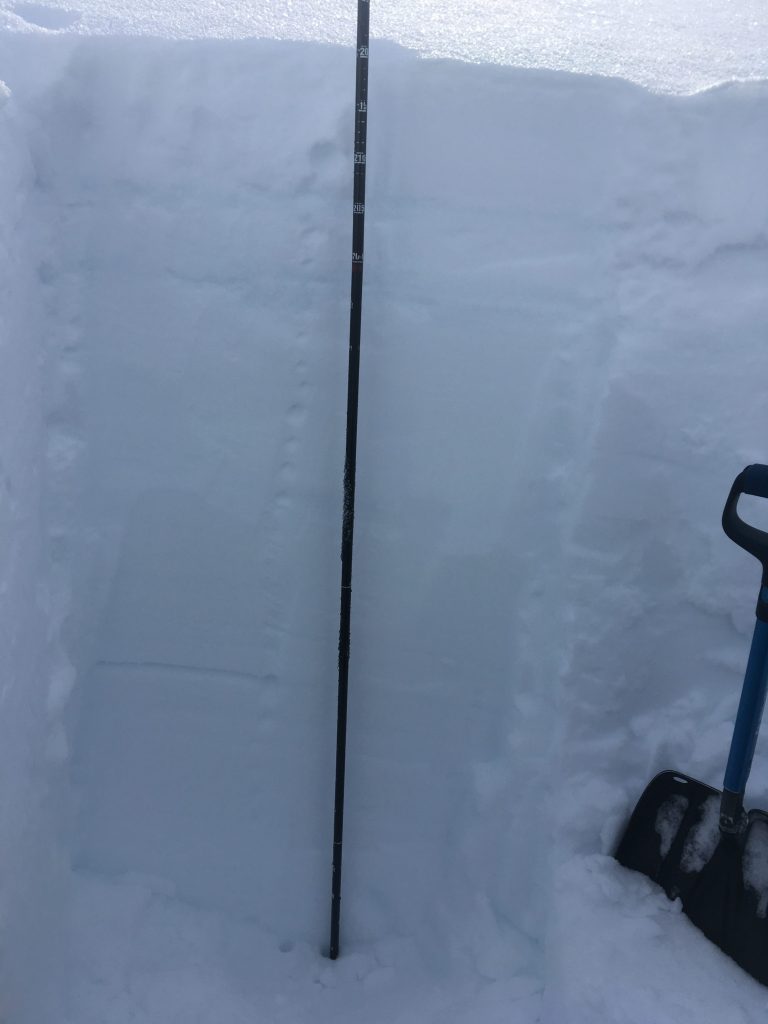 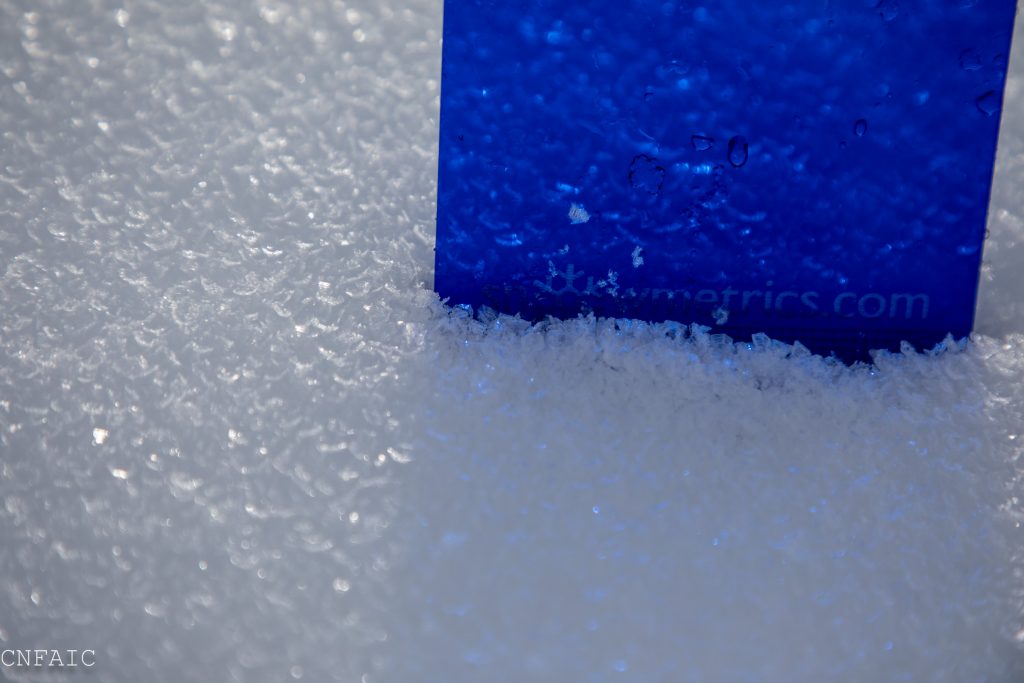 Cupping surface hoar at 3300' on a North aspect 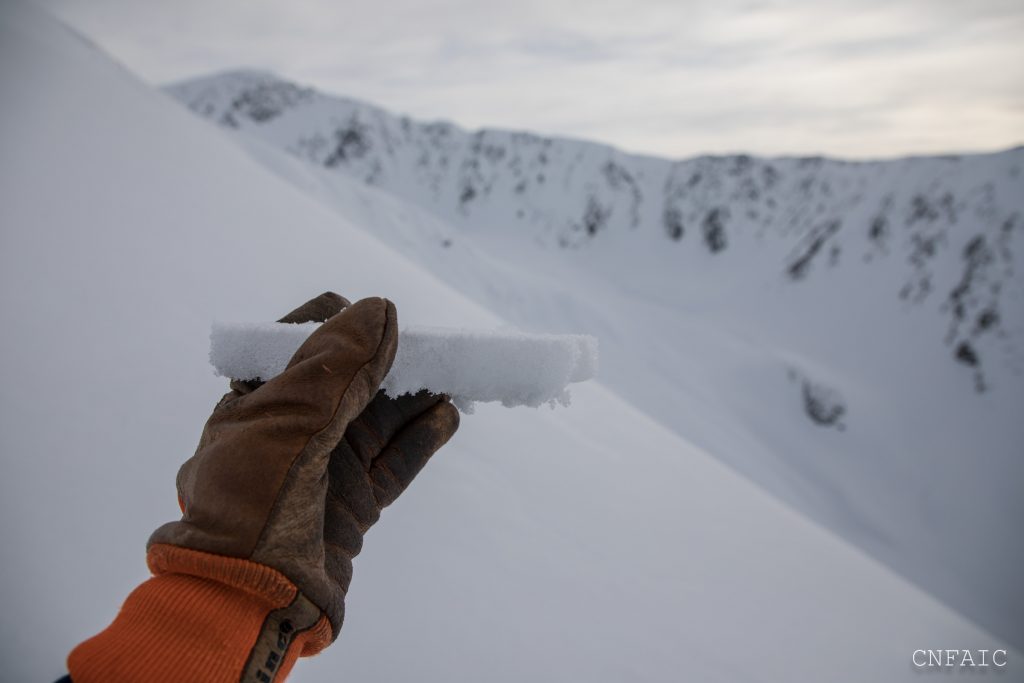 Thin crust interface on surface with dry grains below 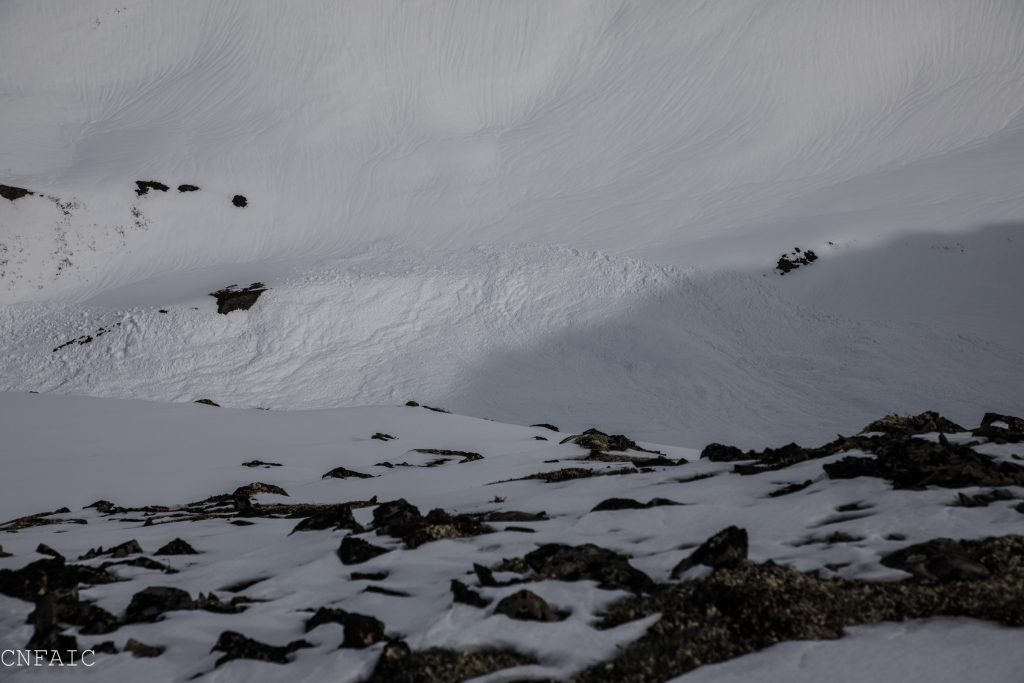 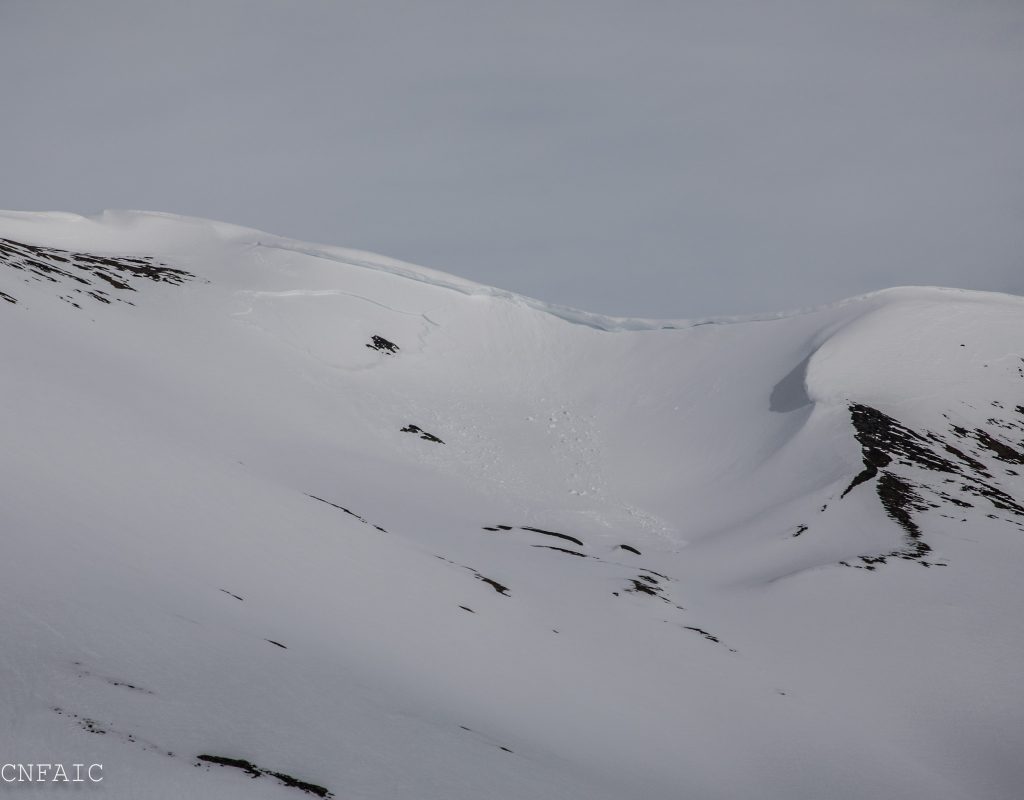 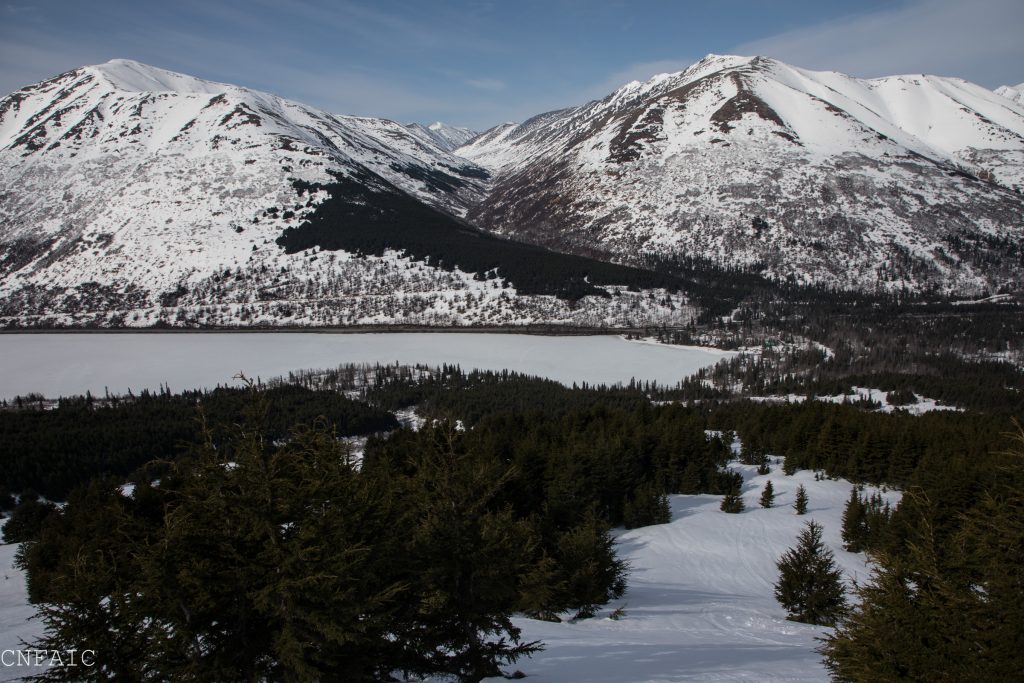 Looking across Summit Lake at Colorado and Summit