Standard route up Western Ridge of Tenderfoot to investigate a skier triggered avalanche that occurred yesterday (2/27/18) on the North side of Tenderfoot. Avalanche was triggered while skinning and two people were on the slab, but the debris stopped due to lower angle terrain that was supported. No one was injured or buried. The party experienced a large ‘whumpf’ as the slab released.

The slab averaged about 20″ thick, it was very hard and failed on facets below a thin crust. The crown was around 300′ wide and the debris ran over 500′ vertical feet into the trees below. The trigger spot was only 10″ deep where the slope rolled over onto a 31 degree slope. The slope angle was steeper further out onto the Northern slope.

Active wind loading on South aspect of Tenderfoot and evidence of recent loading on Northern aspects as well. On our way to Summit Lake we noticed confusing wind directions with loading on some South aspects, East aspects and North aspects.

Dug at pit at 2000' on a West aspect, 38* slope, HS=120cm. Found 20" wind affected slab (1F to 4F hard) sitting on deteriorating crusts with facets sandwiched between. Stability tests were inconsistent, but we did have one propagate on this layer. ECTXx2, ECTP11

Dug into the crown at 2700' on North aspect, HS=110cm. The slab failed on well developed 2mm facets sitting under a thin (1cm) rain crust. Extended column tests propagated with easy to moderate force. ECTP11, ECTP13
The slab was very hard (Knife hard to pencil hard) and the snow below the facets was also pencil hard and transition to 1F near the ground. 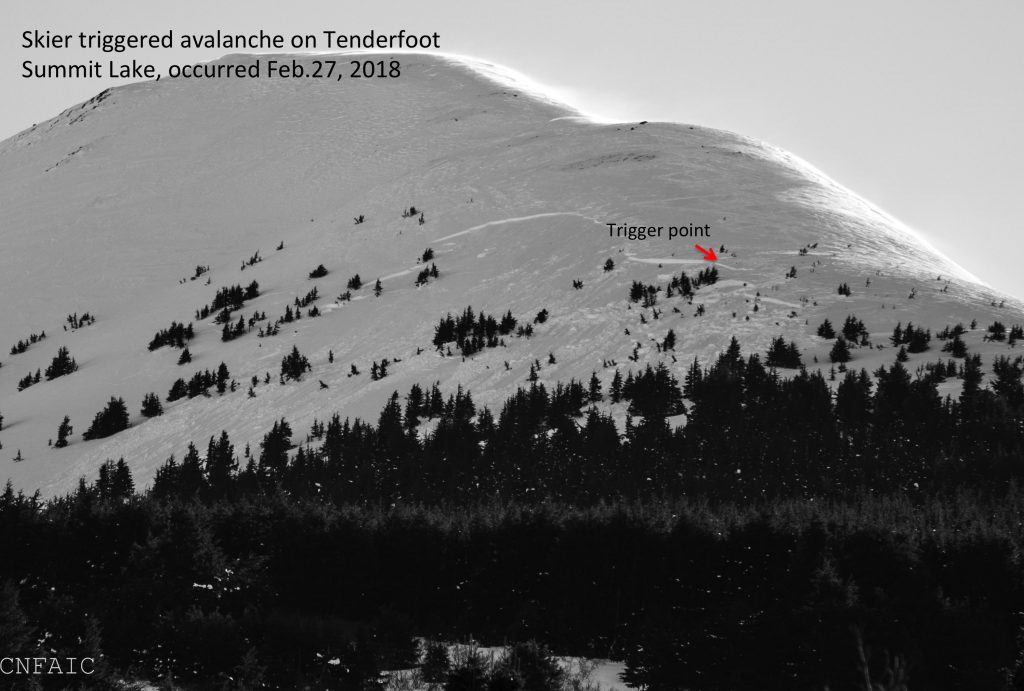 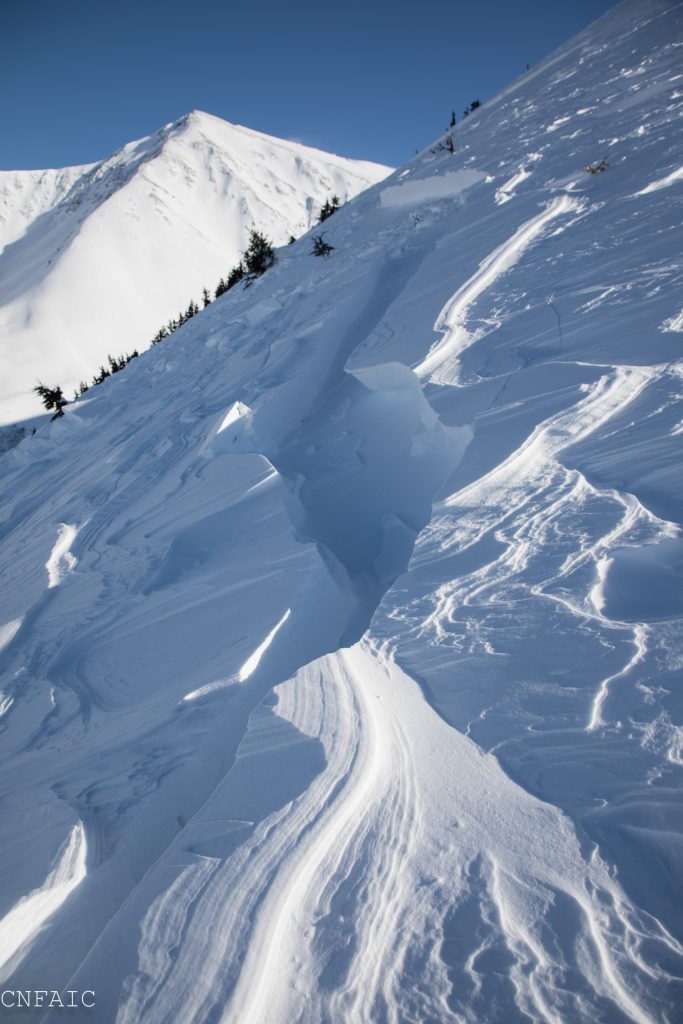 Even sastrugi can be hiding a weak layer deep below the surface. 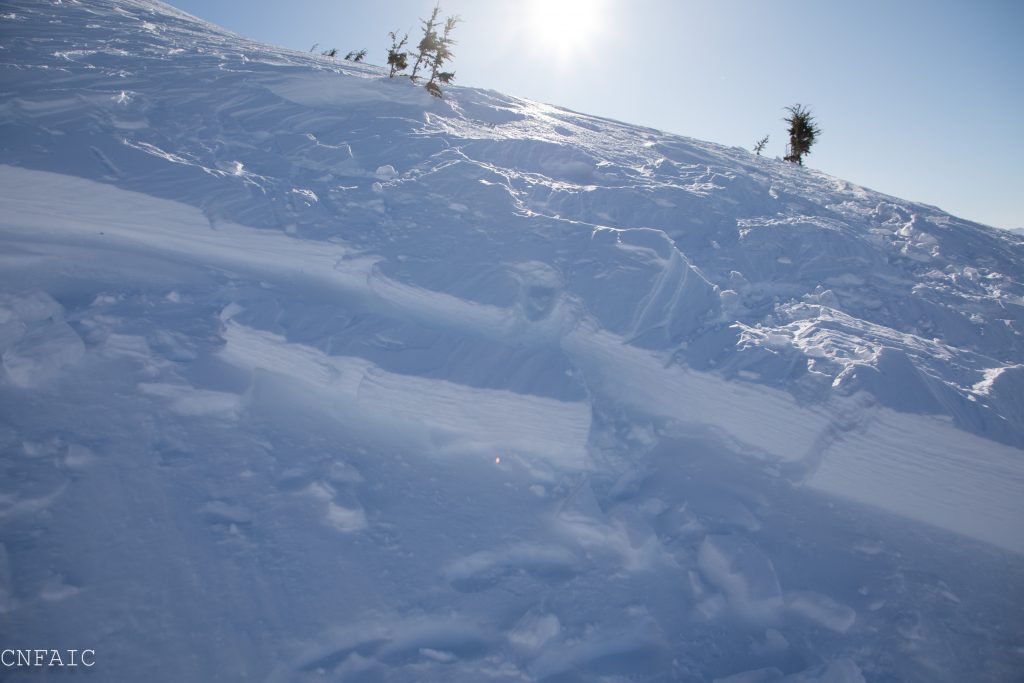 Trigger point was only 10" thick 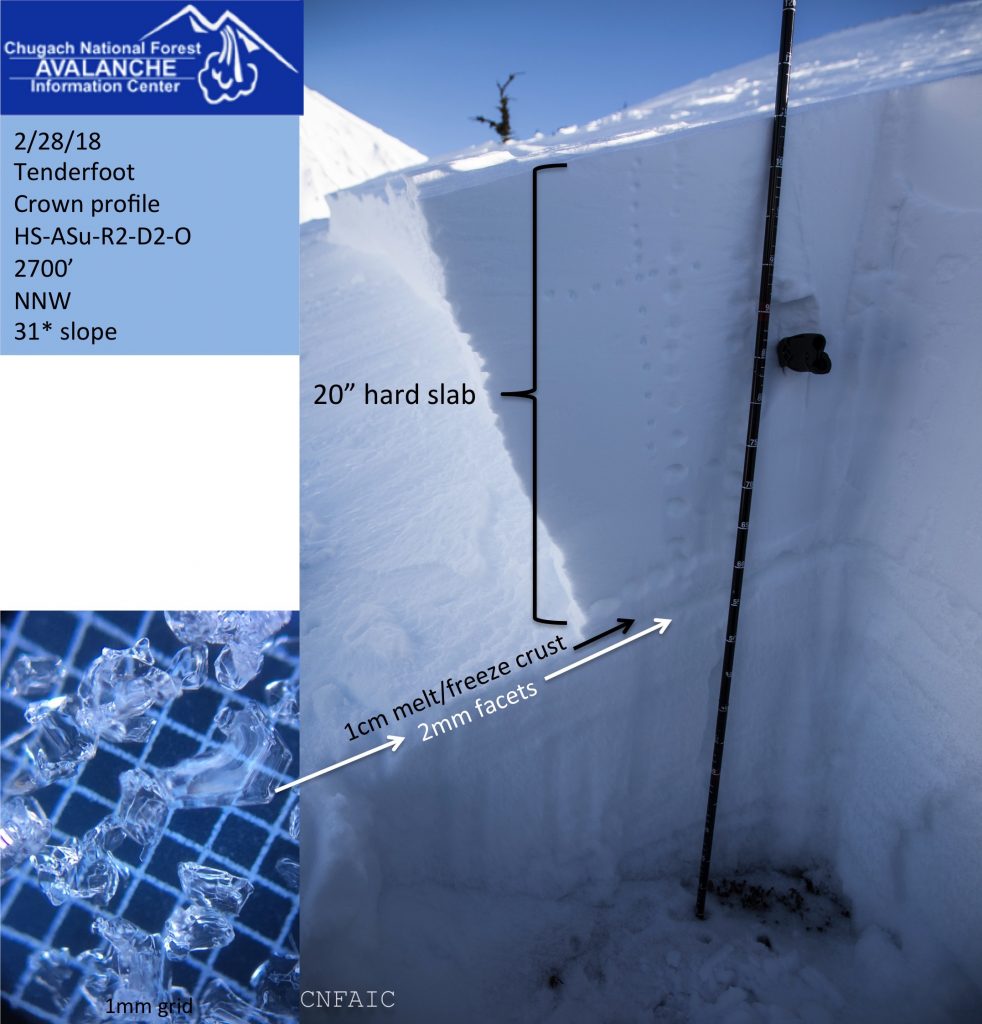 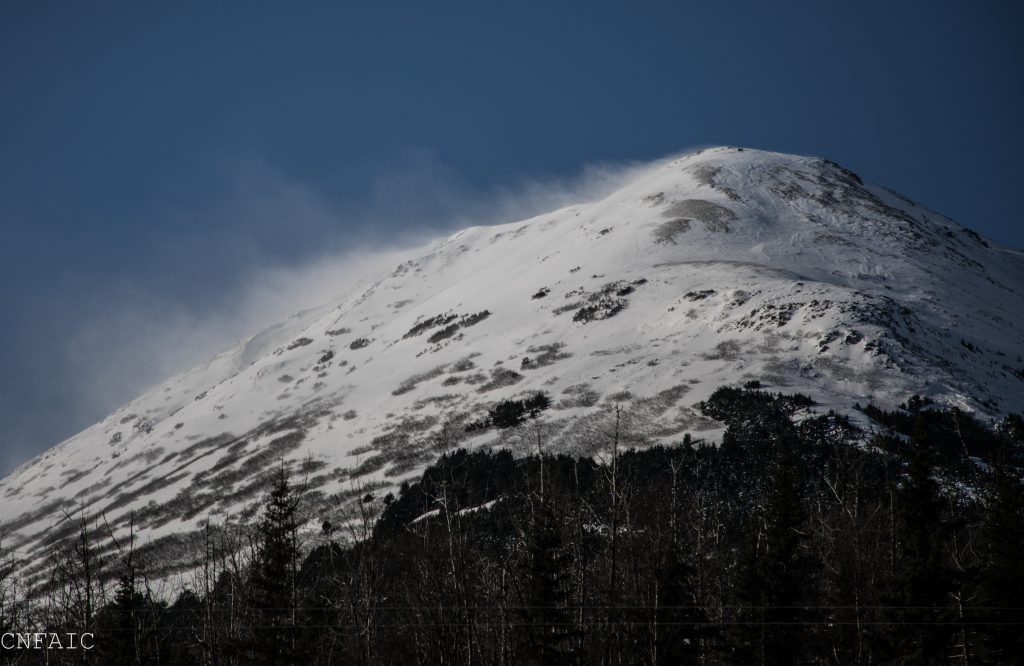 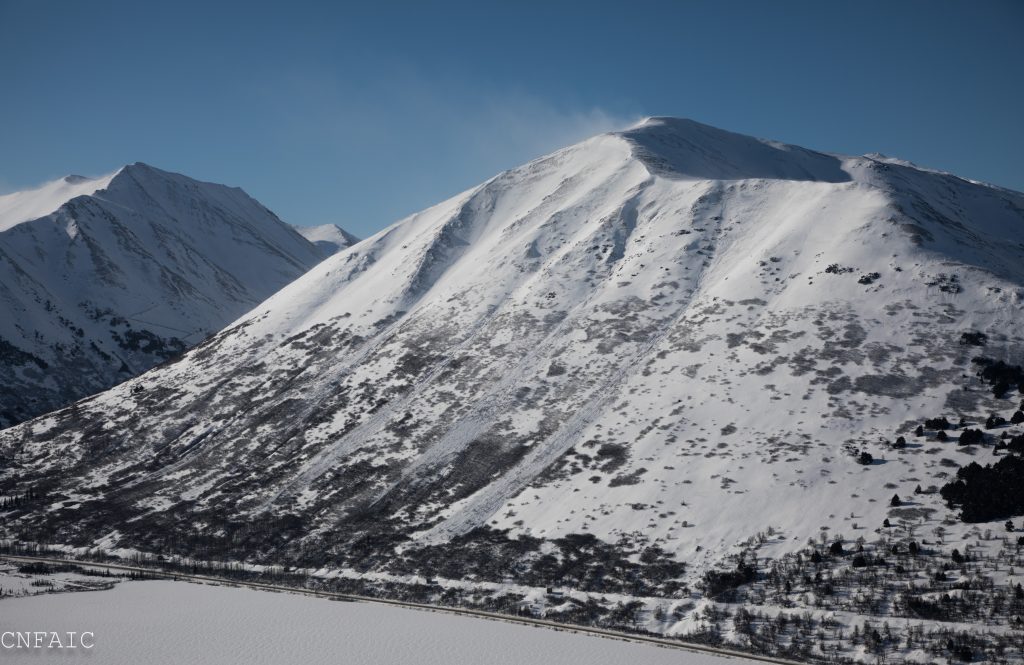 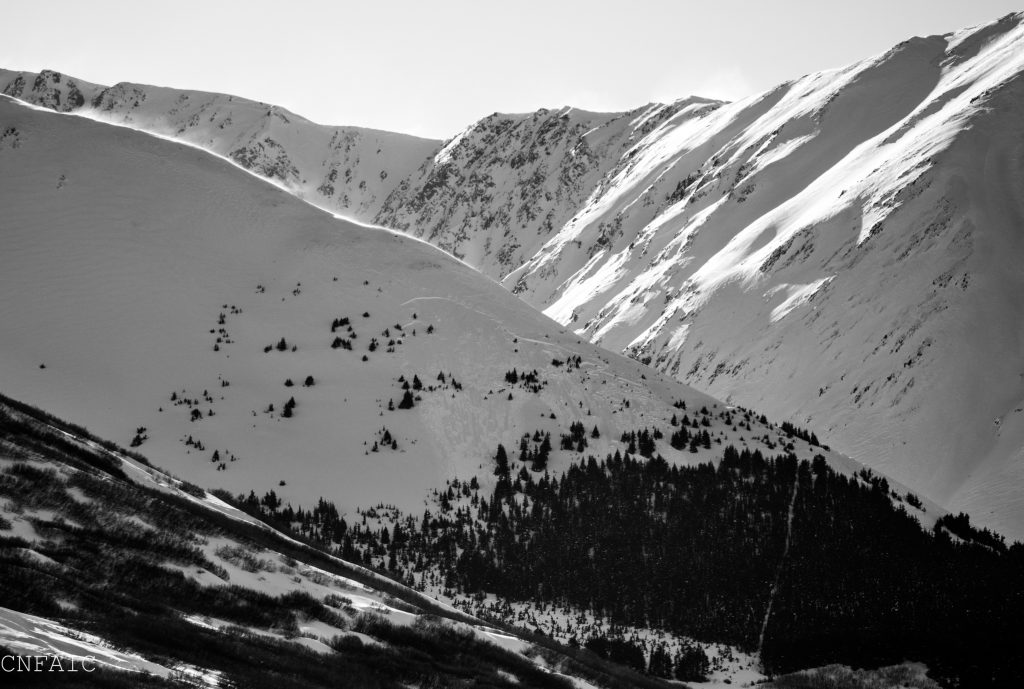 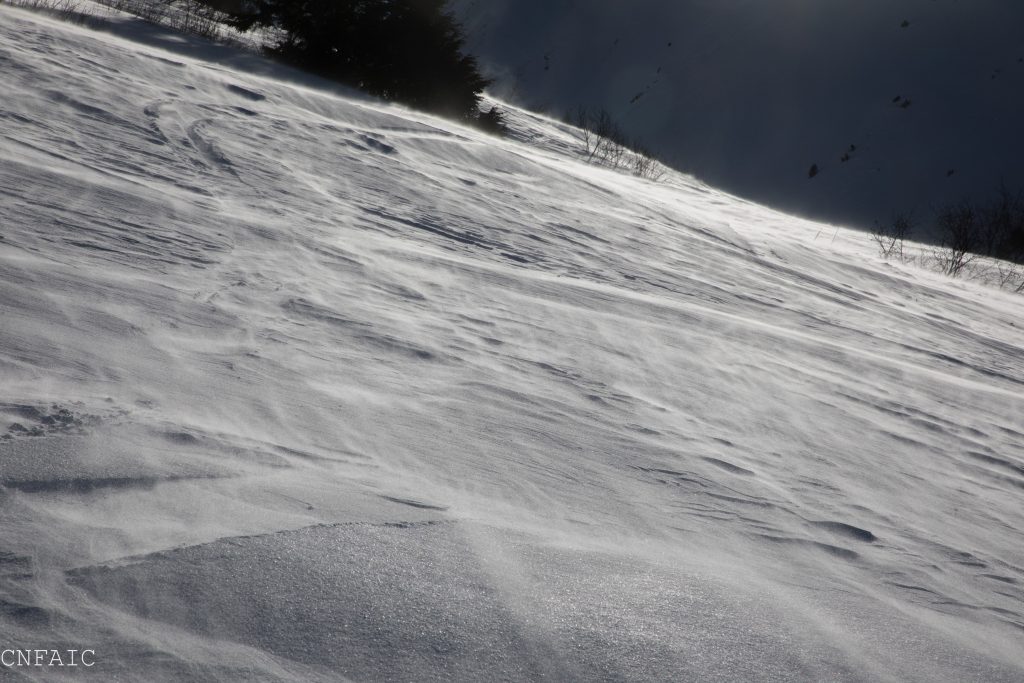 Winds had completely filled in the skin track from yesterday in the lower meadows at 1500'. 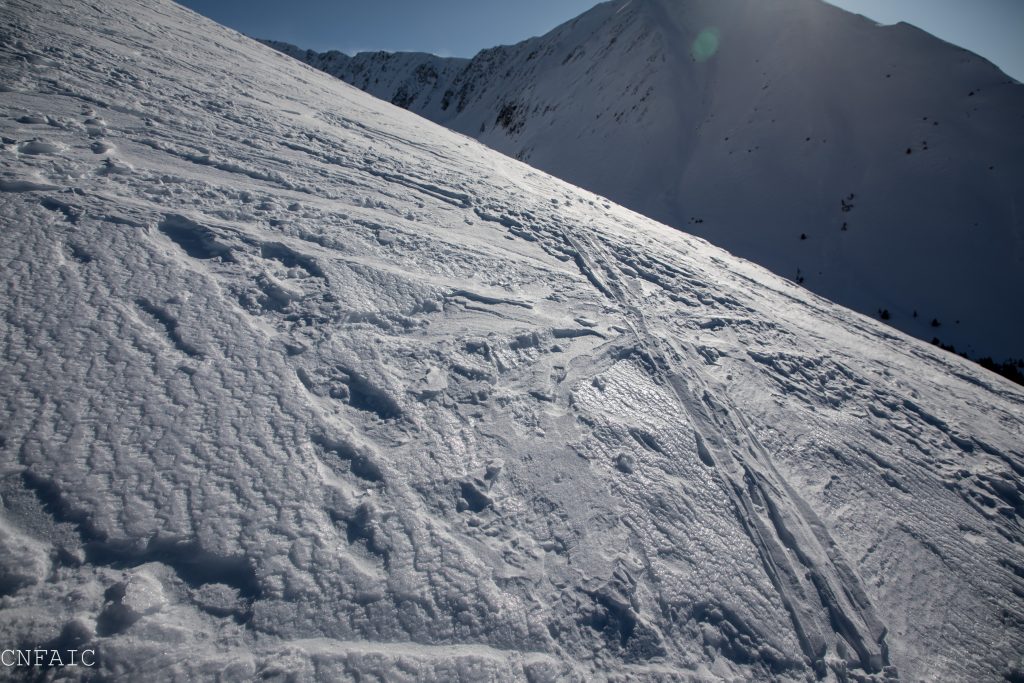 The rain crust w/ facets preserved underneath it was blown clean in some areas along the West ridge of Tenderfoot. This is the same layer that the avalanche occurred on. 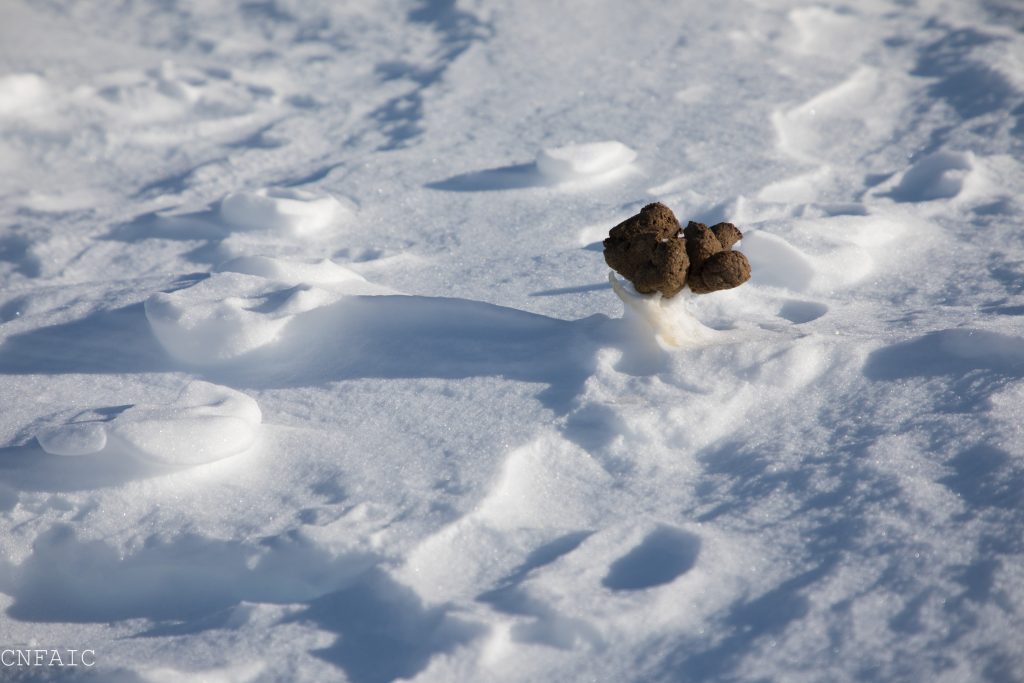 Strong winds eroded the snow around a dog turd at 2500', West aspect... Turd-strugi! 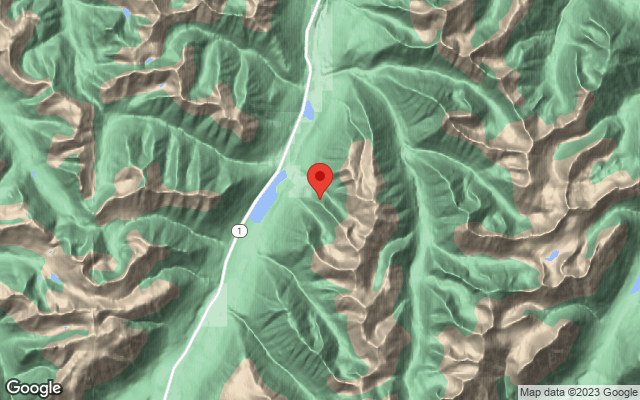