Ascended to 3400′ on Tenderfoot Ridge and descended a SW aspect. We were on the hunt for slabs and looking at surface conditions, as well as the reactivity of persistent weak layers in starting zones. 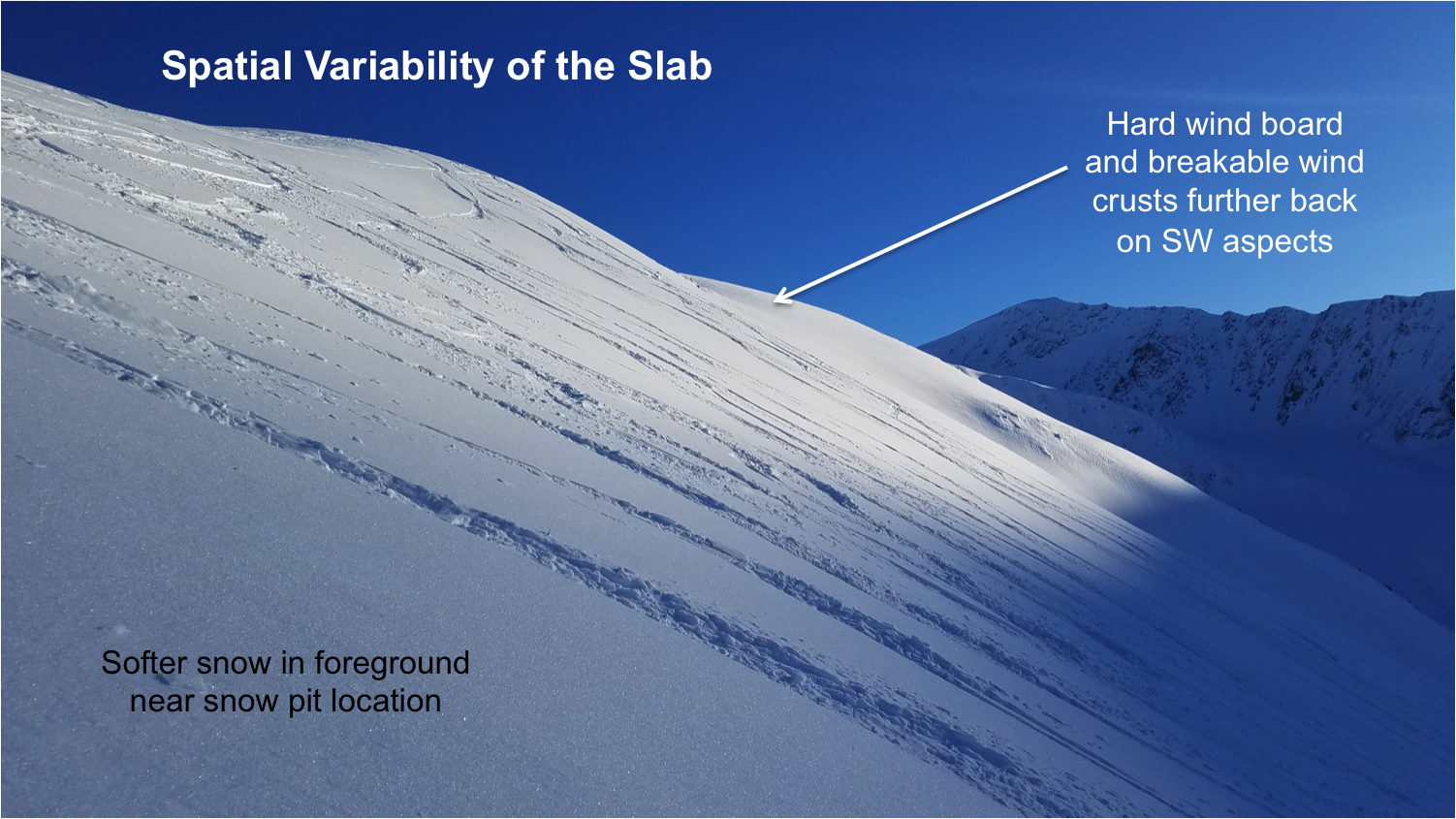 The snow was soft where we dug on a SW aspect, but further along the ridgeline we found hard wind slab and breakable wind crusts 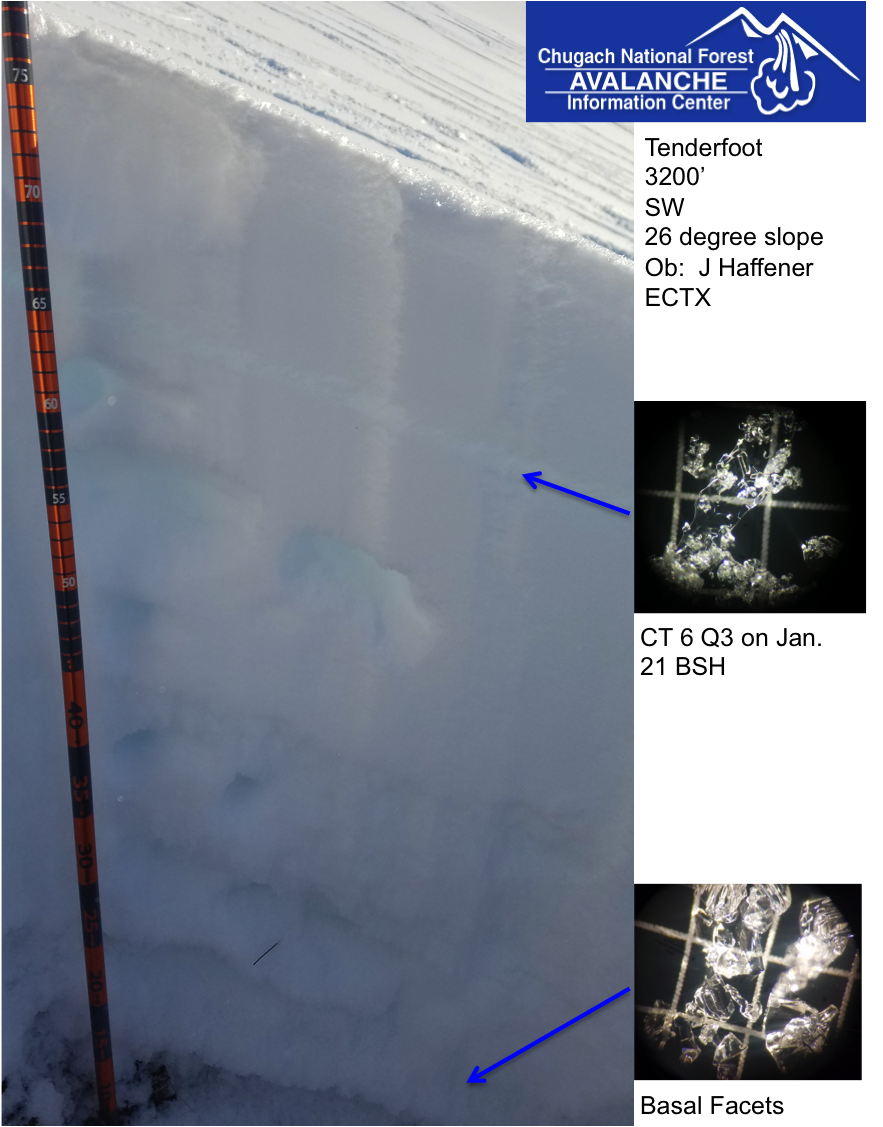 Snow pit revealed weak basal facets and the Jan. 21 BSH under 4F hard snow. In other leeward areas slabs may be present sitting over these persistent weak layers. 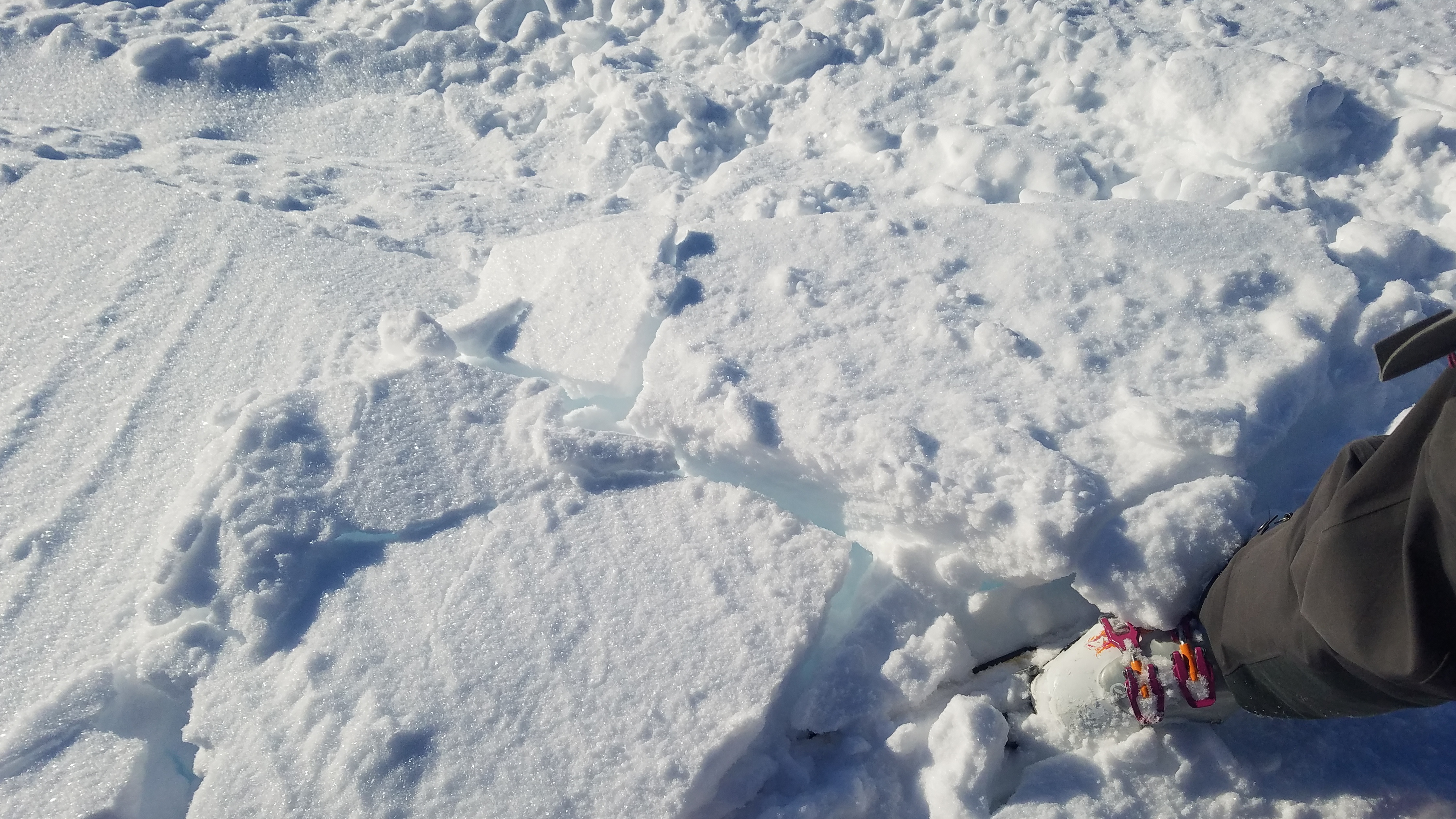 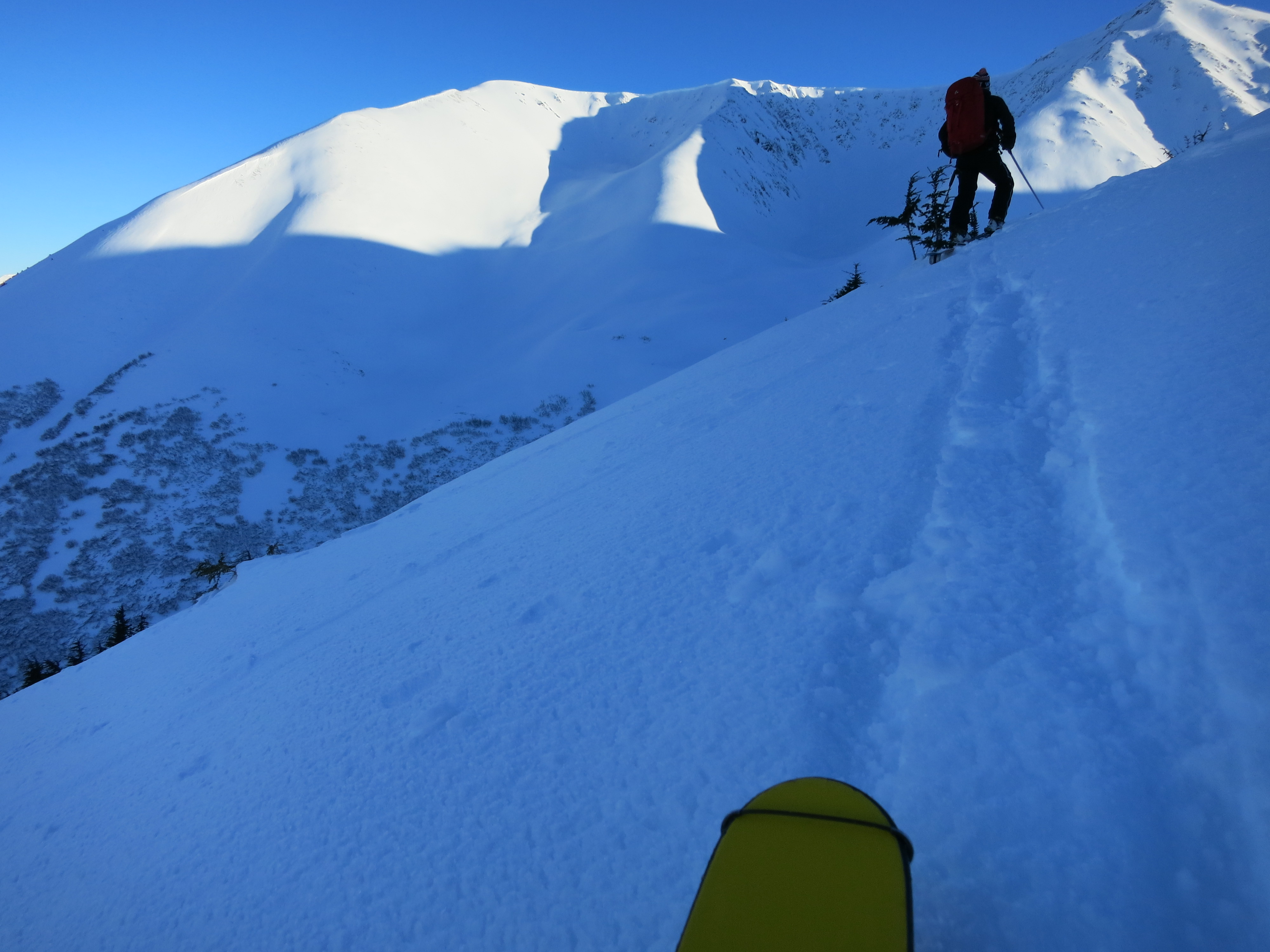 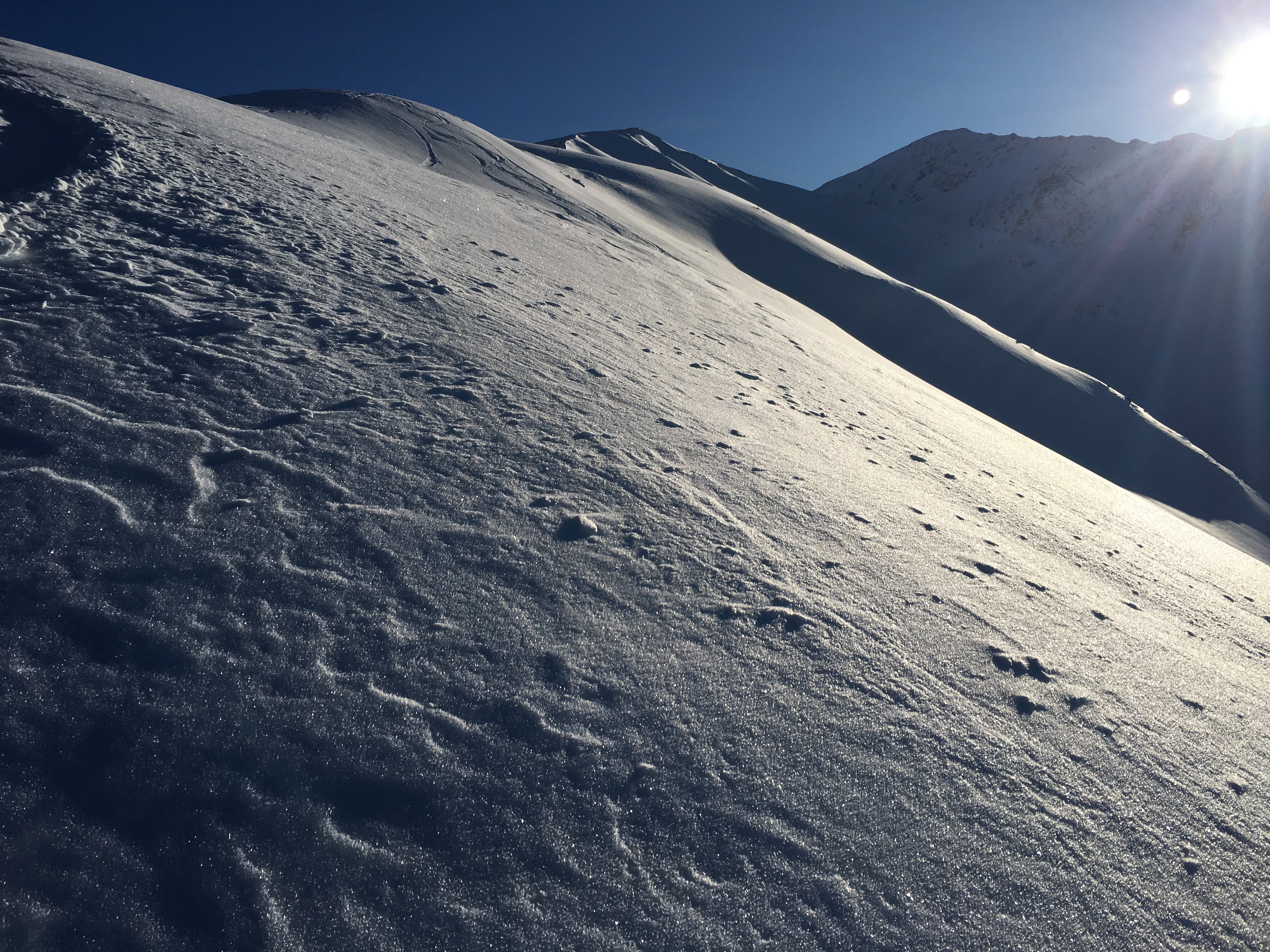 A new crop of surface hoar is growing at all elevations and is found on a variety of surfaces above treeline, including hard windslab, faceting sastrugi, breakable wind crust, settled snow, and decomposing melt freeze crust

Of note, the surface snow is much more consistently wind affected in Summit Pass above treeline, than what we have seen in Turnagain Pass from the Jan. 26 storm.

At 3200' on a SW aspect we dug well below ridgeline in a thinner spot (80 cm) where we felt basal facets near the ground while probing. Shovel tilt failed easy/mod after 7 taps on the Jan. 21 BSH, 15cm down from surface. Shovel shear below that failed under moderate force on basal facets above a basal ice layer. CT 6 down 15 cm on the Jan. 21 buried surface hoar. ECTX.

Further along the ridgeline at ~3400 on a SW aspect we found much harder wind affected snow where a wind slab could be sitting on a persistent weak layer. Probing revealed everything from a few inch wind crust over facets to a more homogeneous wind slab. 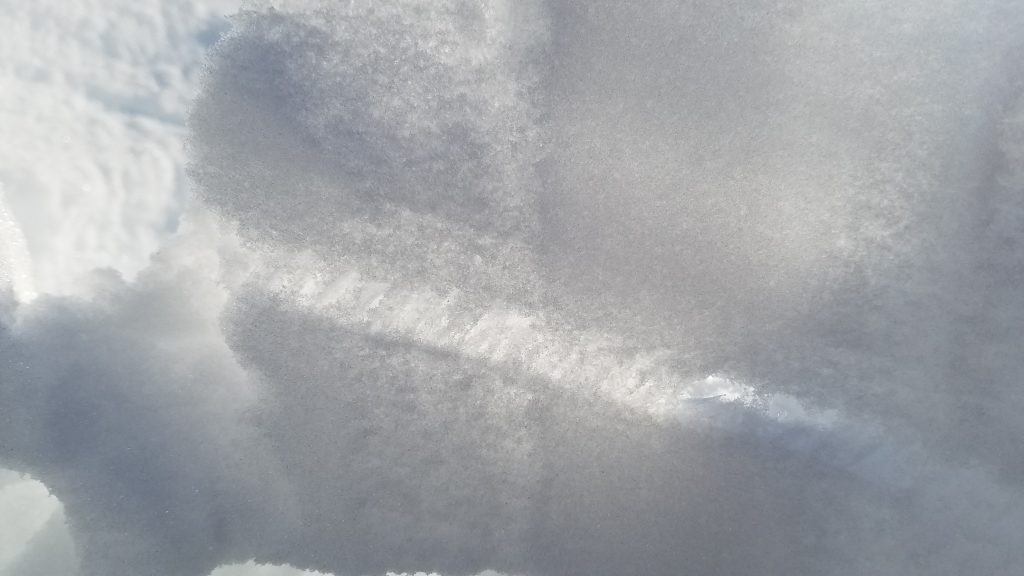 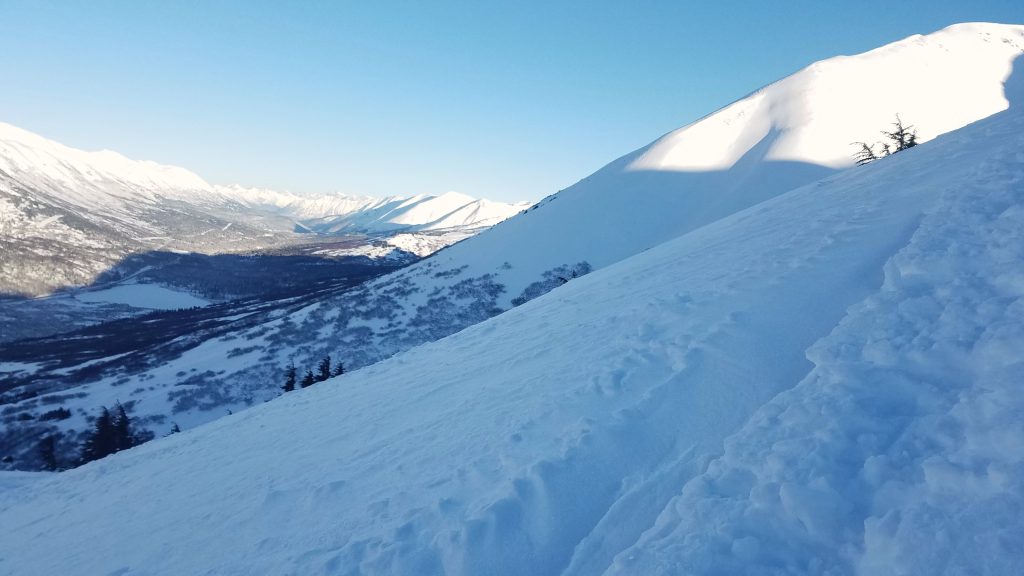 winds have blown in skin track over the week 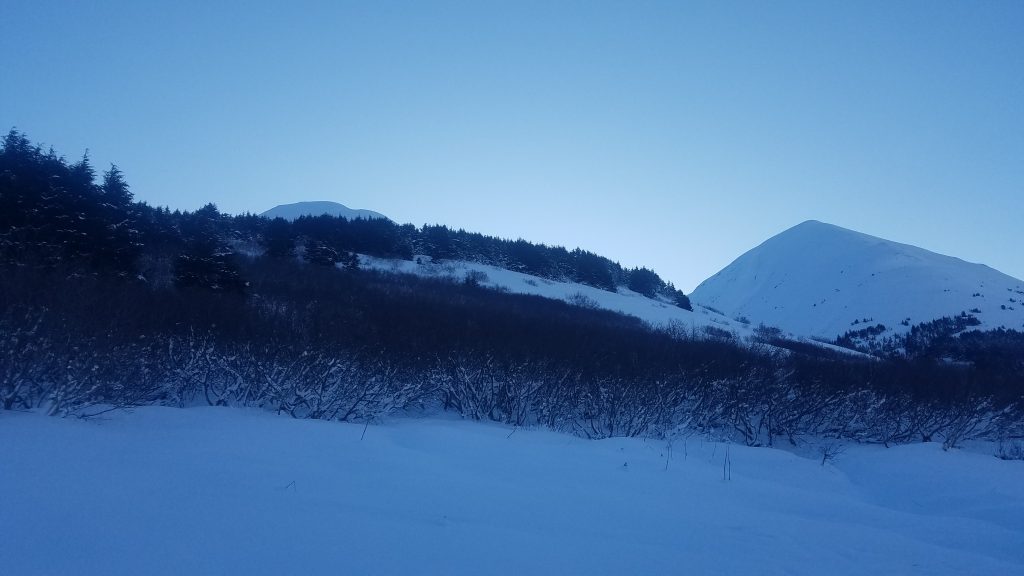 Only around 2' of snow exists around 2,000'. Snow structure here is facets intermixed with decomposing crusts 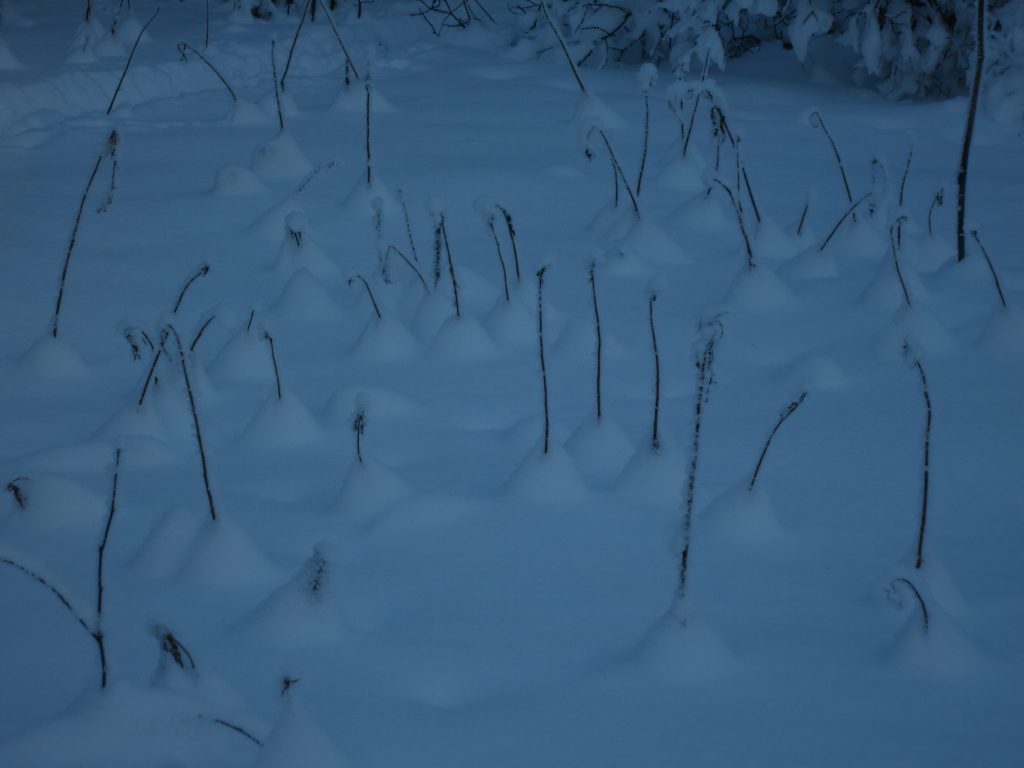 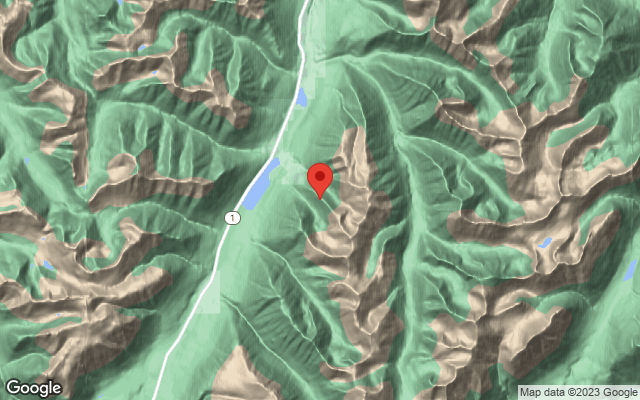