Toured up the West face to the top of Tenderfoot (3300′) to gather data for the Summit Summary.

Partly sunny skies, quickly became mostly cloudy. No snow. Temperatures in the mid 20s F increasing to near 30F as the day progressed. Road level to mid alpine was calm with no real wind, as we gained the ridge and approached the summit there were light winds out of the South.

On steeper sun exposed features, like the edges of the skin track, a sun crust was beginning to form.

Rain crust present under ~6+ inches of snow. Crust becomes unsupportable around 1800'. By 2300' the crust was gone.

Pit @ 3300', SW aspect, 20 degree slope, HS: 135cm.
15cm of fist hard wind blown snow at the top. This was over a 33cm thick wind slab. This wind slab sits above a thin layer of 4 finger hardness 2-3mm advanced facets. Tests yielded CT19 and ECTN19 at this layer of advanced facets.
Snow depth along the ridgeline was highly variable due to heavy winds during past storms, most recently the Valentines Day storm cycle. 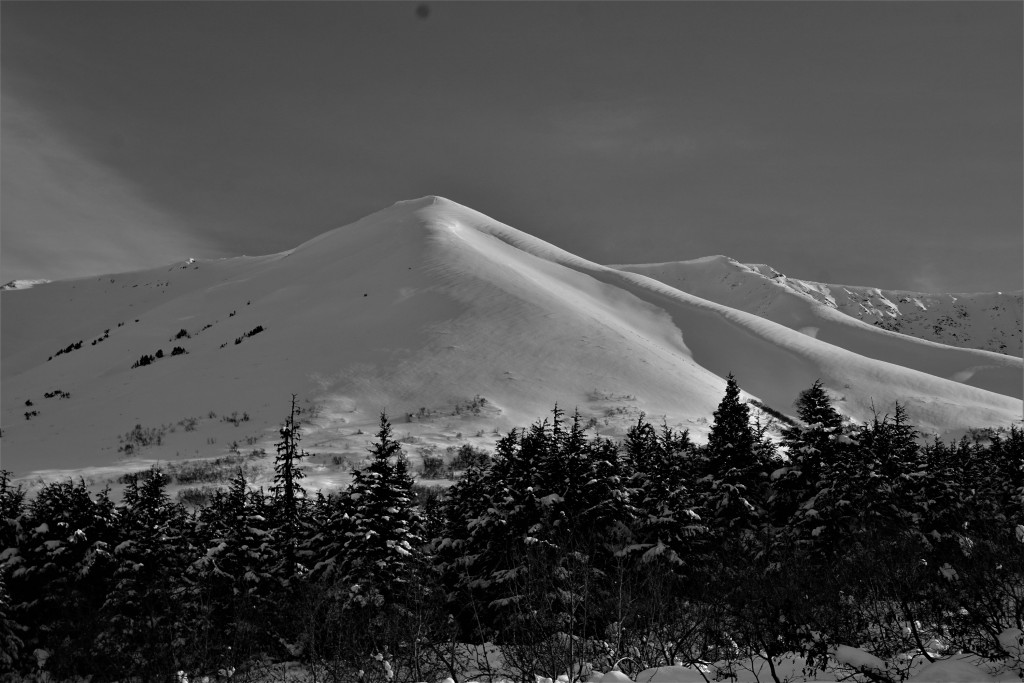 Wind loading and texturing on the SW face of Butch 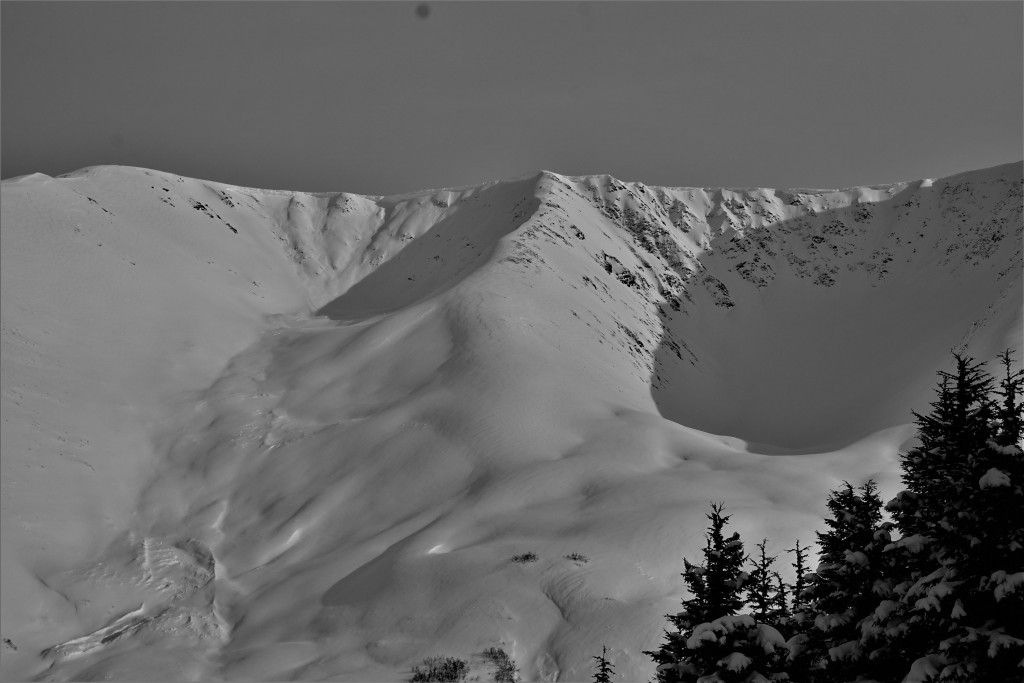 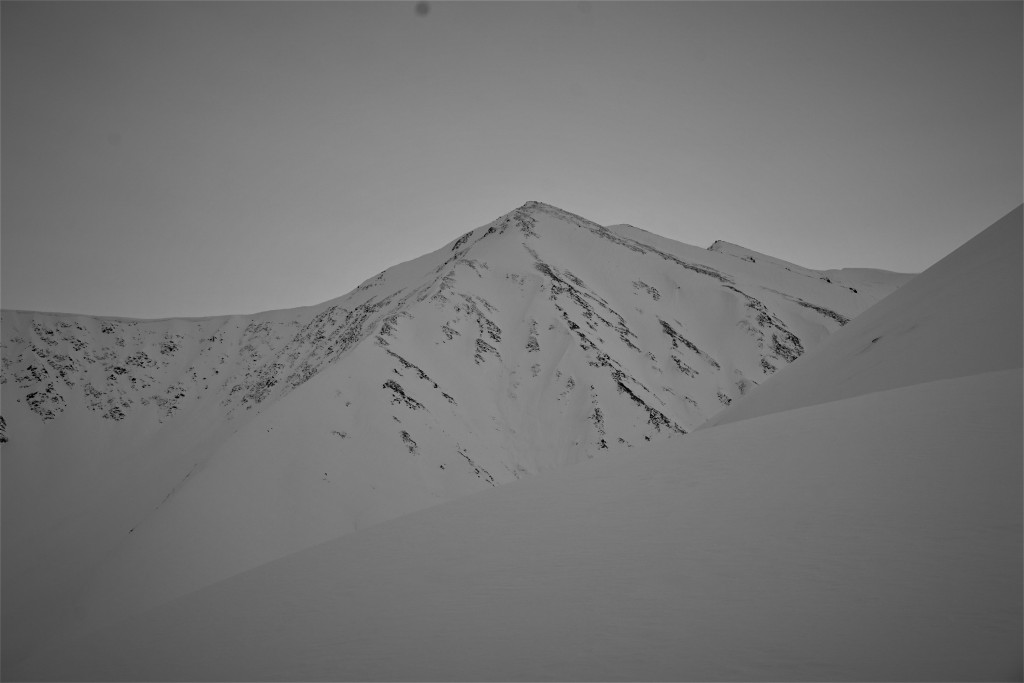 Heavy wind scouring on South face of a peak behind Butch 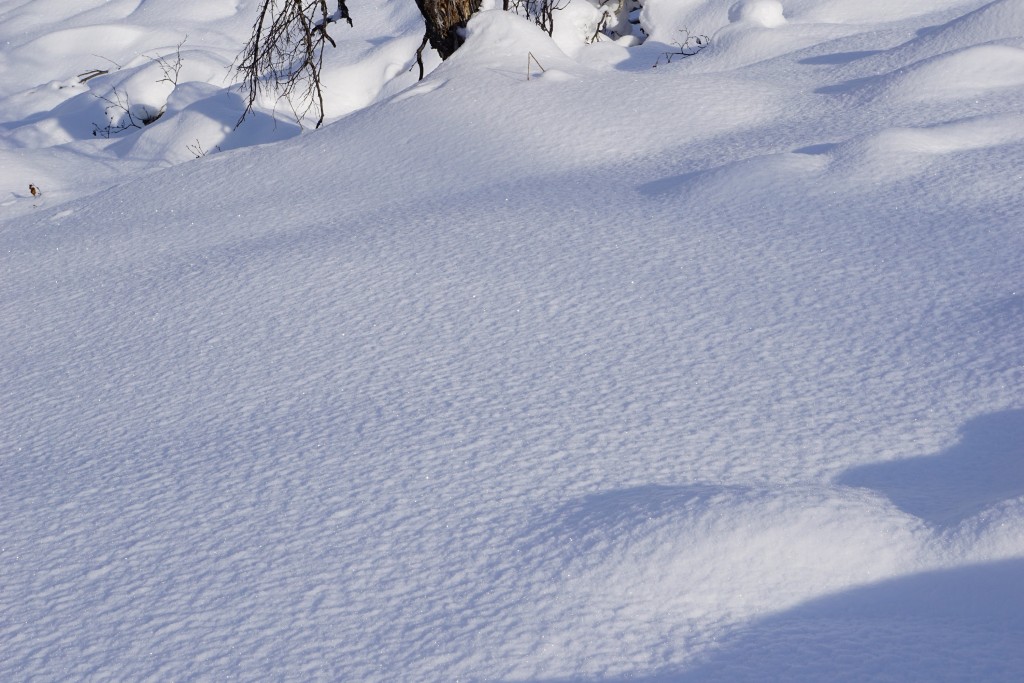 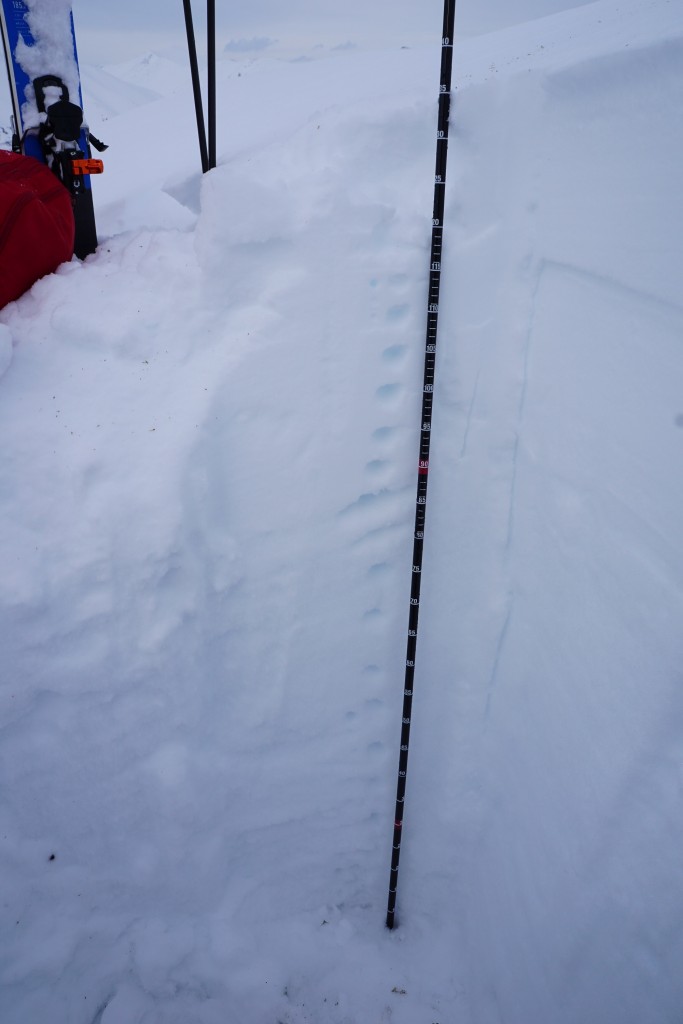 Hand hardness profile of pit at 3300' 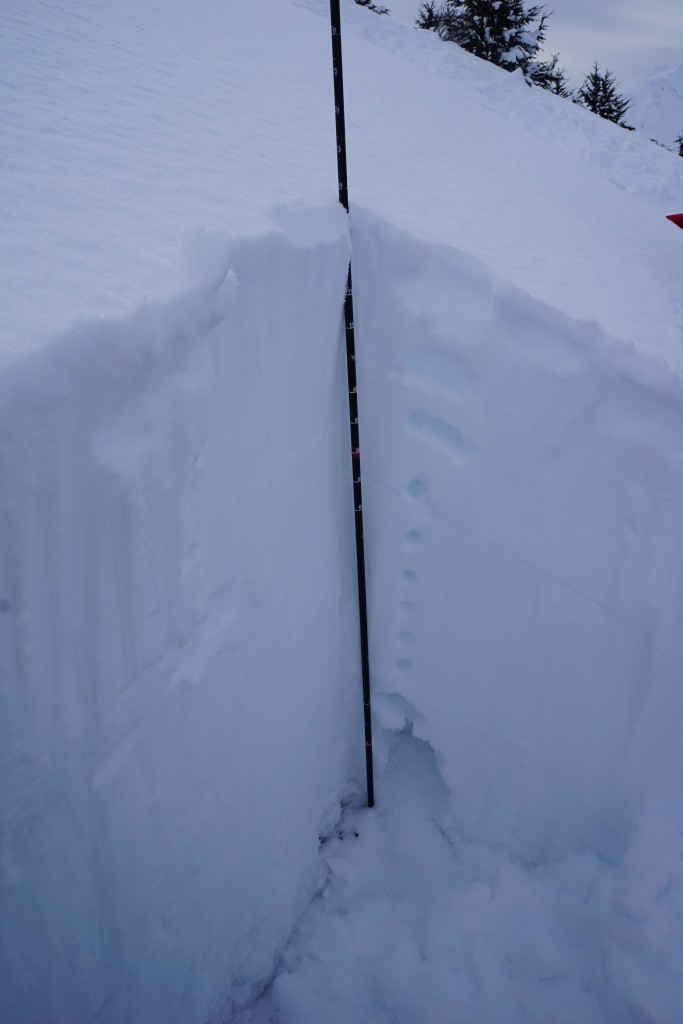 Hand hardness profile of pit at 2400' 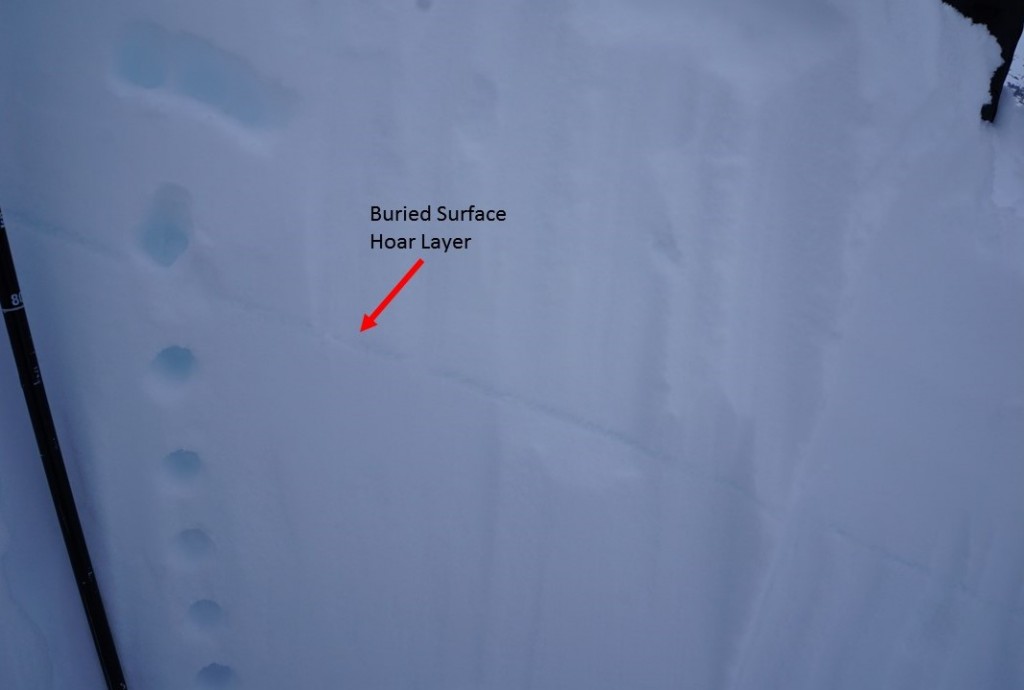 Reactive layer of buried surface hoar from pit at 2400' 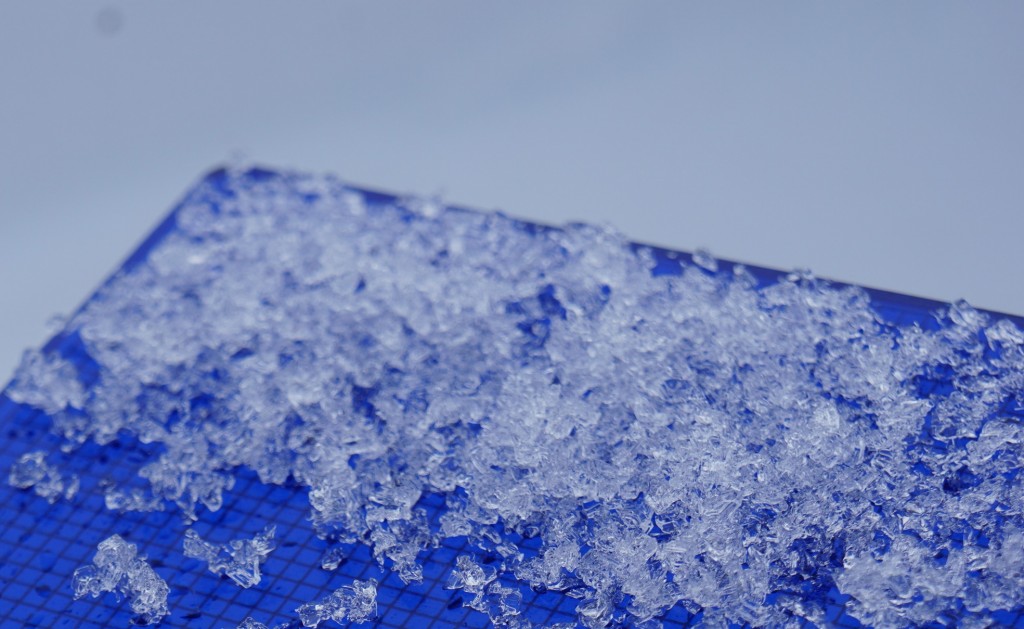 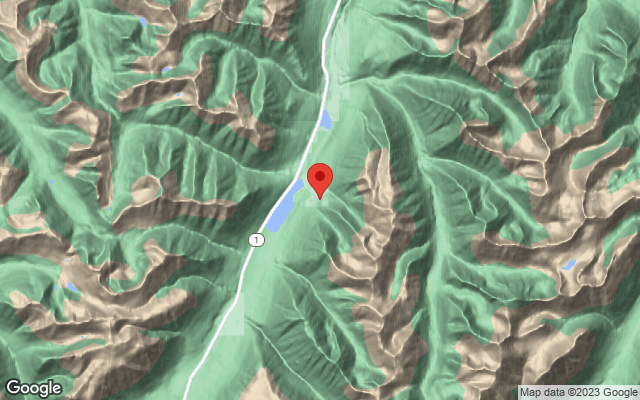