Route: Traveled from 1200ft to 3000ft on Tenderfoot Ridge

Surface Observations:
Settled, but soft surface snow from February storms
At elevations above 3000ft the surface snow is wind affected.

Snowpack Observations: (See snow profile)
Average snowpack depth in the areas we traveled is around 70-80cm. There is around 20-25cm of F to
1F hard February snow on a layer of F hard, advanced, striated facets on top of the thick crust from
January’s warm temperatures. Although the layer of facets was found at all elevations in the locations
we traveled, the layer thickness varied. In our pit location, the facet layer was only around 1cm in
thickness. However, at a sheltered location, lower in elevation (~1500ft) the layer of facets was up to
5cm in thickness.
We preformed 2 ECT tests, ECTN 13 (failed on facets above crust) and ECTX. However, there were possible inconsistencies, due to skier traffic, in the pit that may have interfered with the test results. 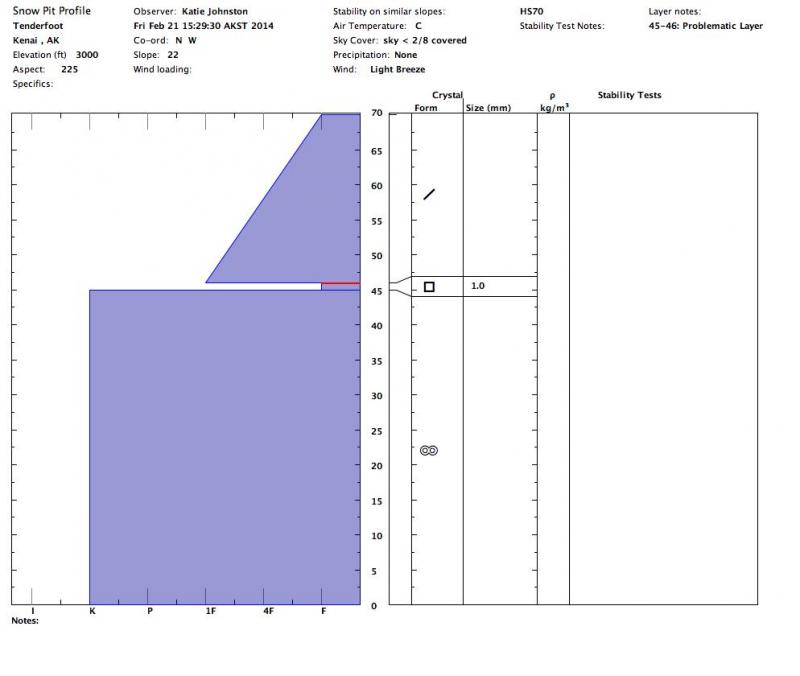 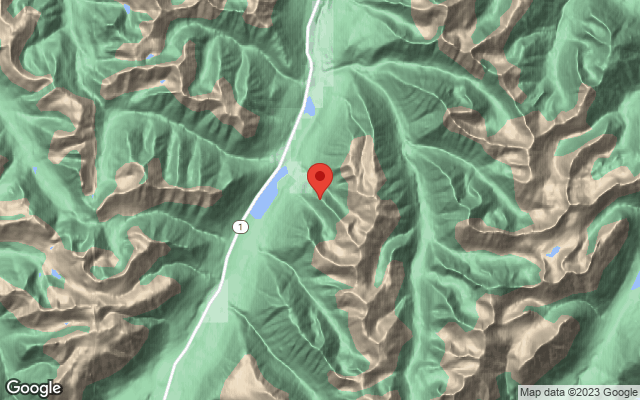