Standard skin track on W aspect of Tenderfoot to 2800′

settled snow - moist surface, easy to make into a snowball

Poor structure was found in all pits. Depths gradually increased from 20" to 30" with elevation. Below 2500' in area protected from winds (in the trees) the snow was upside down. Breaking trail was difficult as skis punched deep 15-20" below the surface in places. Hand pits and snow pits revealed a consistent layer of very weak snow on the ground (facets/depth hoar) and also found two layers of buried surface hoar in a pit at 2300'. In this pit we had an Extended Column fail with two taps from the wrist on two layers at the same time. A layer of buried surface hoar 15" (40cm) below the surface and depth hoar 27"(70cm) below the surface. We repeated the test and had a different layer of buried surface hoar fail with 7 taps from the wrist. See pit diagram below for details.

The largest and loudest whumpf was at 2500' in a protect area of the trees on a NE aspect. Dug a quick pit and very large surface hoar sitting on facets was the culprit. No tests were performed in this pit since layer had already collapsed. See photo below.

Above treeline snowpack is variable due to several wind events this winter. Depths varied from 1-3' between 2500' and 2800'. Weak faceted snow was found on top of an old melt/freeze crust near the ground with a hard wind slab and 14" of new settled snow on the surface. See pit diagram from 2800'. 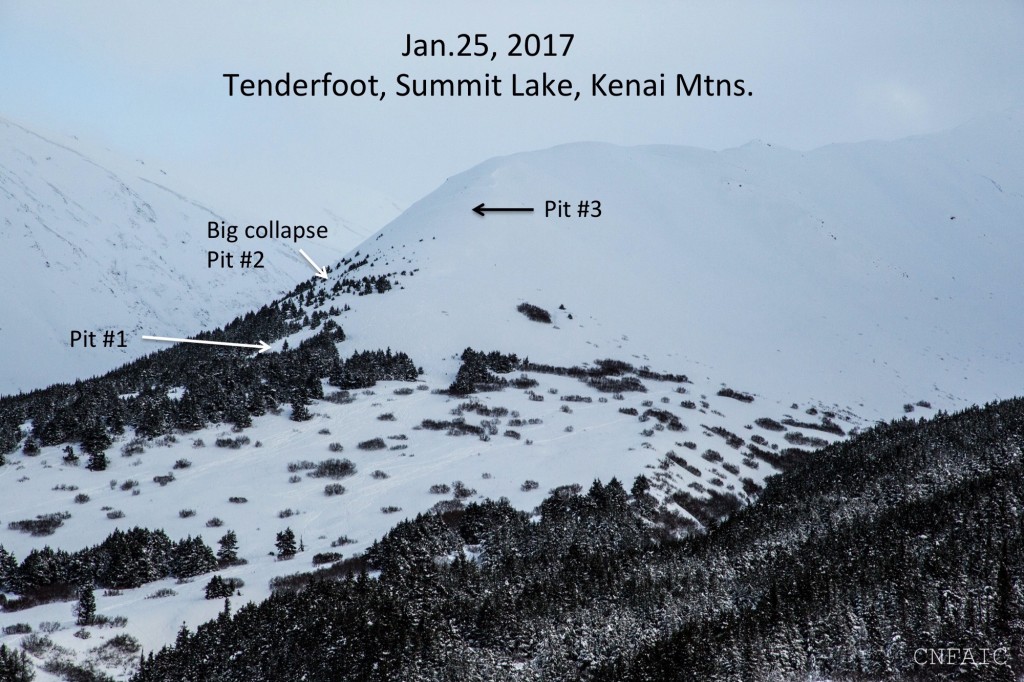 A photo taken of Tenderfoot at 11am from the Seward Hwy. Pit locations for reference. 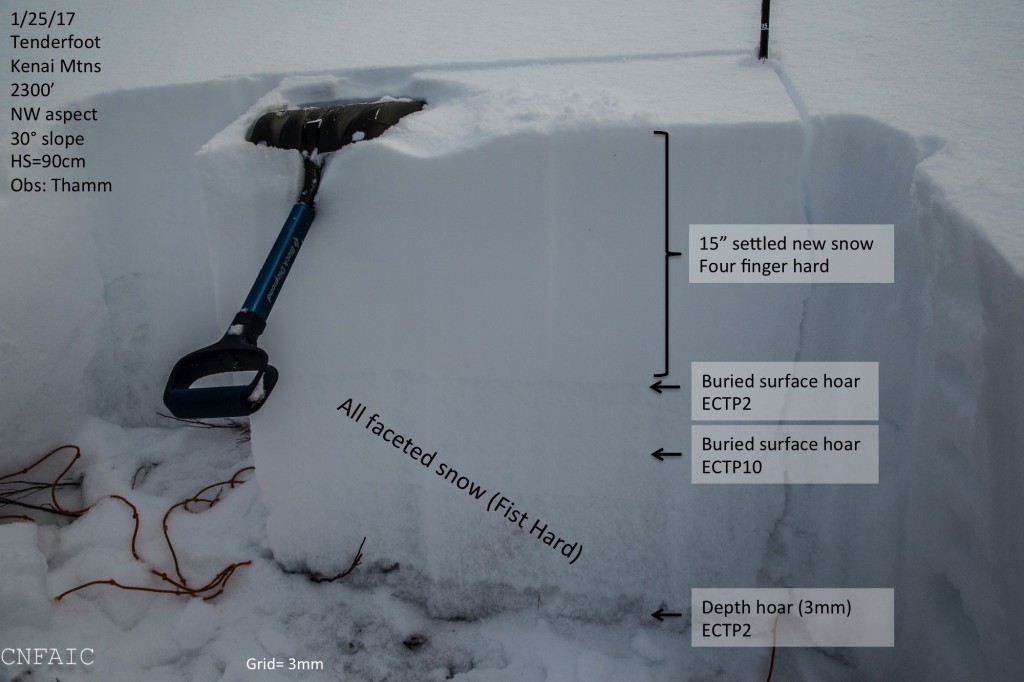 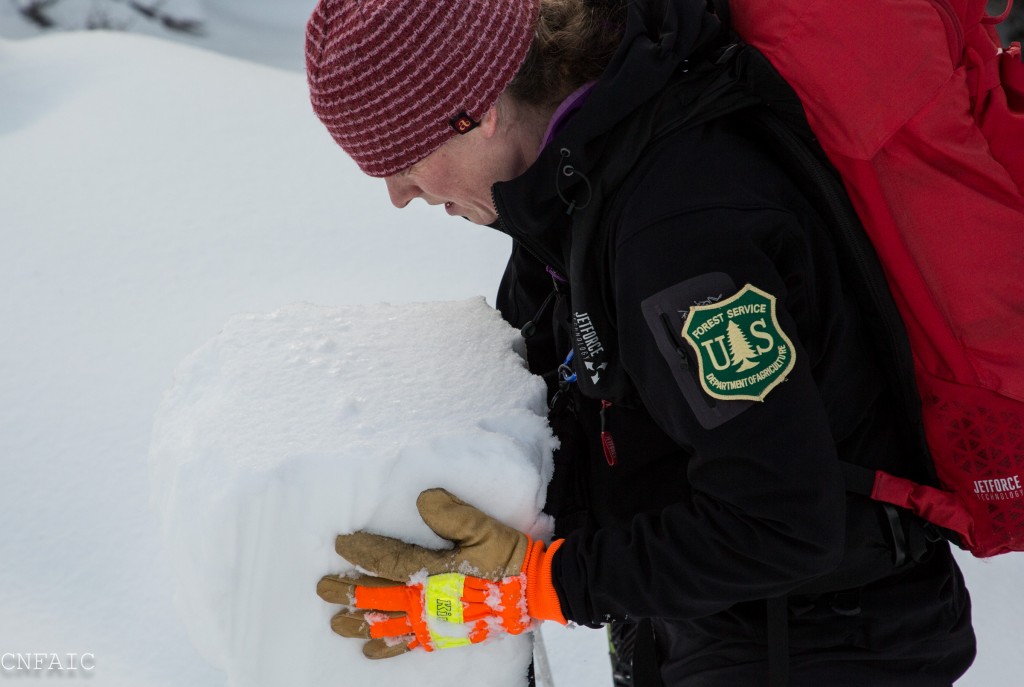 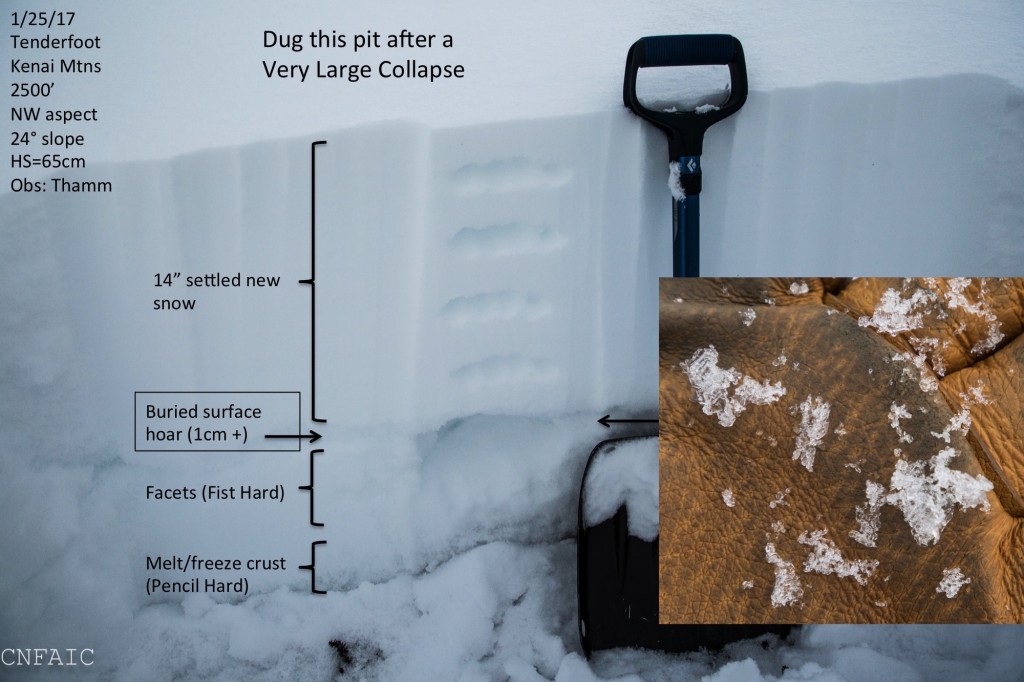 Pit #2 - experience a large whumpf in this location 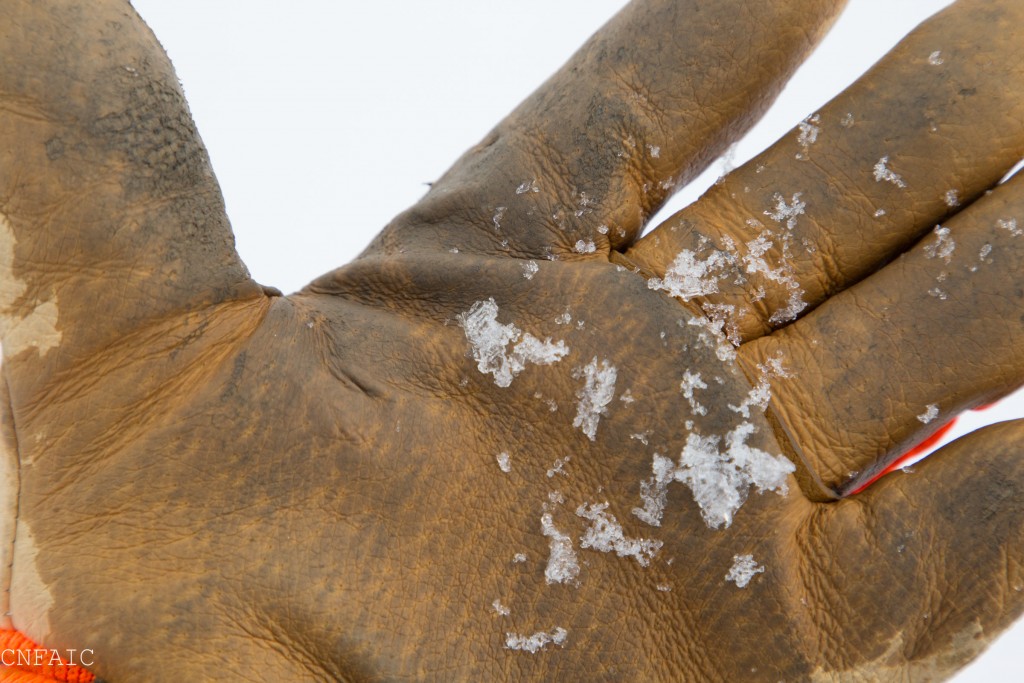 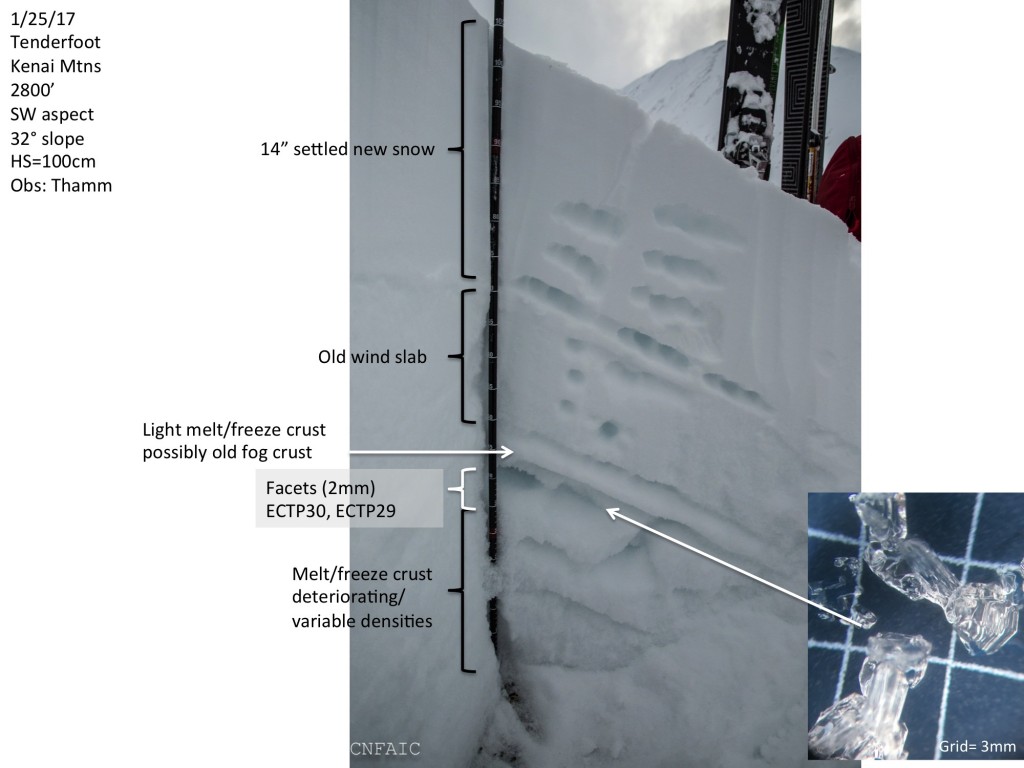 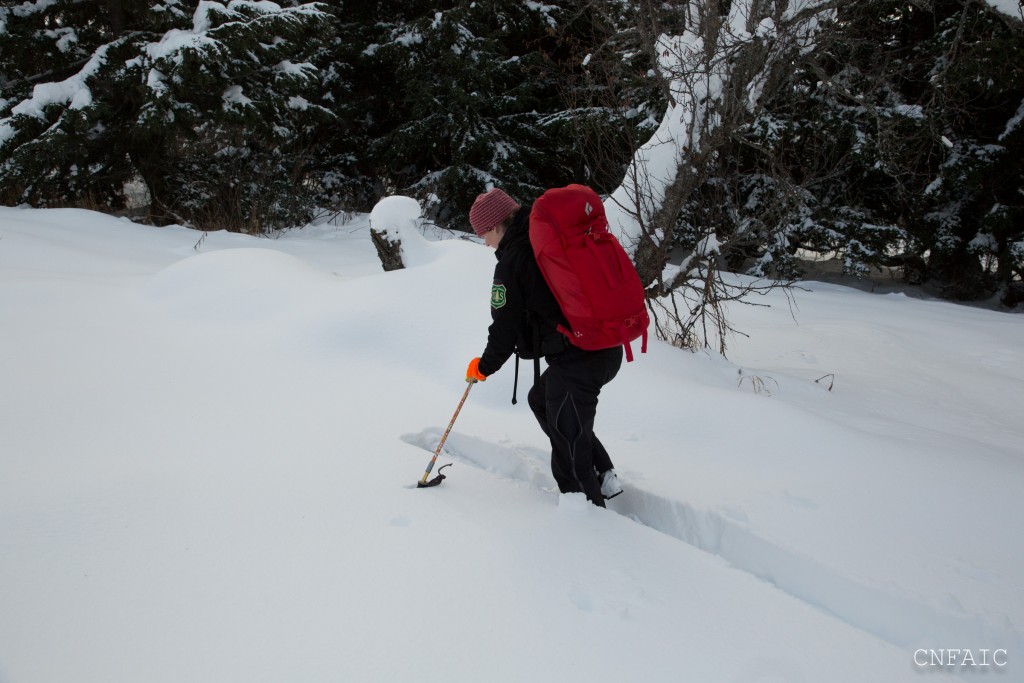 Below 2500' breaking trail was challenging skis punched through 15-20" in places. 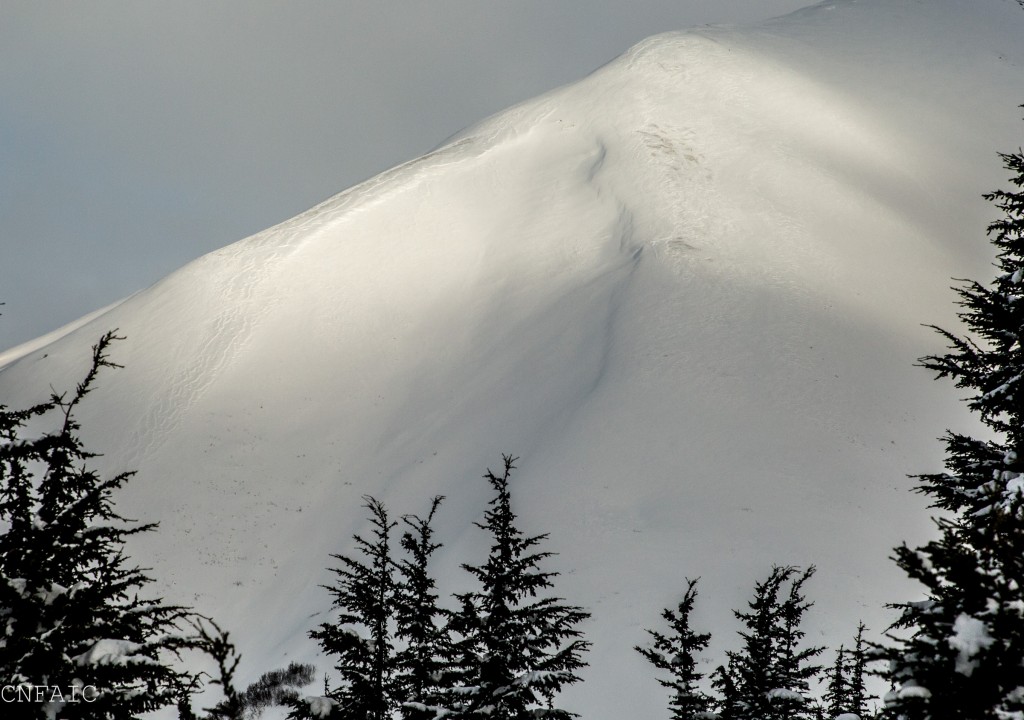 View of recent wind affect on a SW aspect of Butch 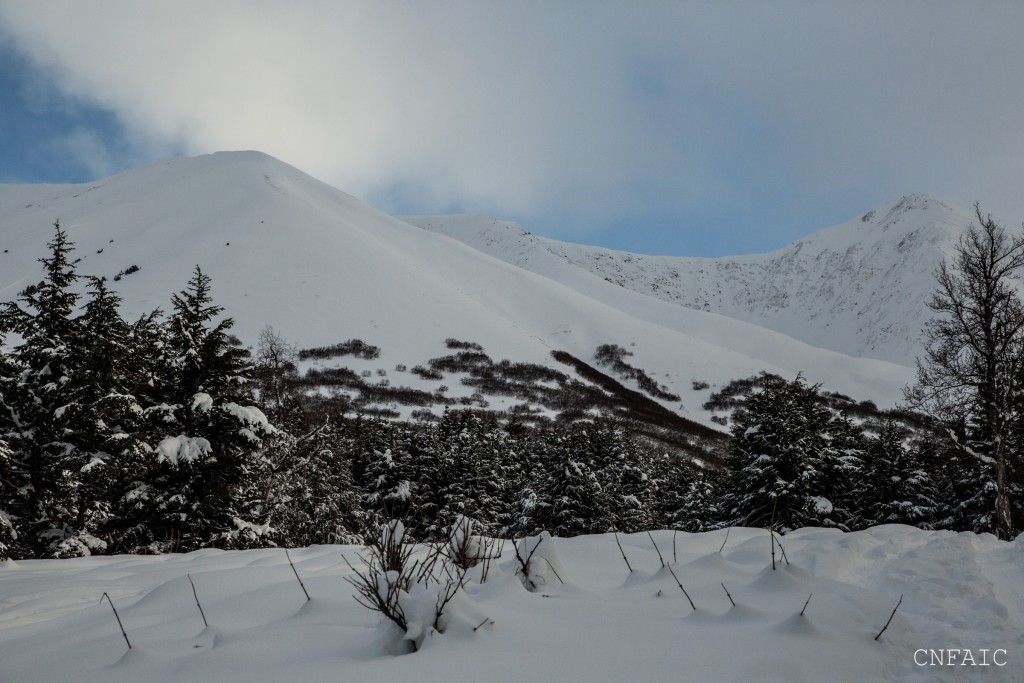 Coverage is looking a lot better in the lower elevations, but still can see vegetation 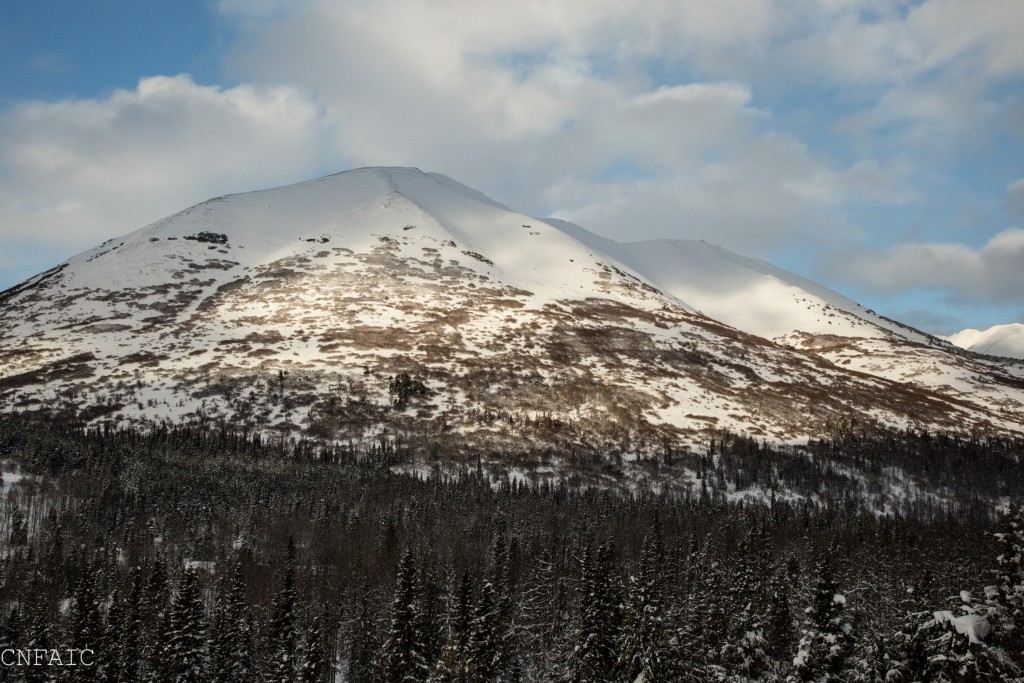 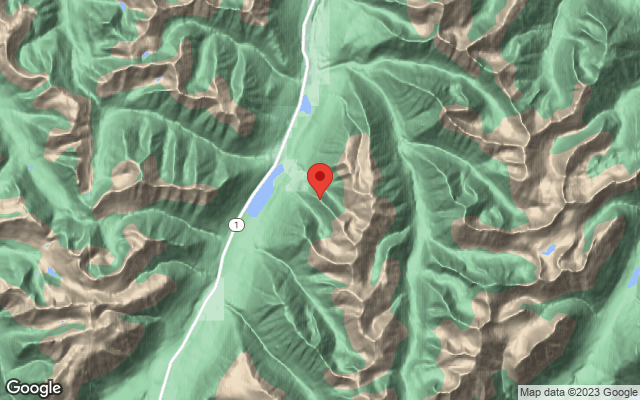