No obvious signs from today, but we did see debris from several avalanches that occurred during the last storm (Dec.15-18)on the SW aspect of Tenderfoot and the SW face of Butch. Both starting zones were just below the ridgeline.

In general the snowpack is very thin, and is composed mostly faceted snow. The current structure is very poor and ripe for increasing avalanche danger with the arrival of new snow.

In the lower elevations (below 2500') the snowpack was between 10"-15" deep, getting deeper with elevation. This was very loose faceted snow where you feel the ground when skiing. There were two thin crusts, an old one that is decomposing near the ground with depth hoar below it. See photo. There was a second very light crust at the interface between last weekends snow (top 5") and the Fist hard facets below. This light crust was also found at 2900' just below the Dec.15-18 snow from last week.

In the upper elevations where the snowpack has been more wind affected, snow depths varied depending on aspect. Along the wind-scoured West ridge there was 3" of faceting old crust and on the Southern leeward aspect there was 2-3' snow composed of different densities of faceting snow. There was 8" of deteriorating m/f crust at the ground. Test results in a pit at 2900' on a SSW aspect showed propagation potential 12" below the surface, where an old wind slab failed on Fist hard facets. This pit was adjacent to the crown of an avalanche that occurred last weekend. There was also failure under the light crust in the upper 5" of the snowpack. See photos below. 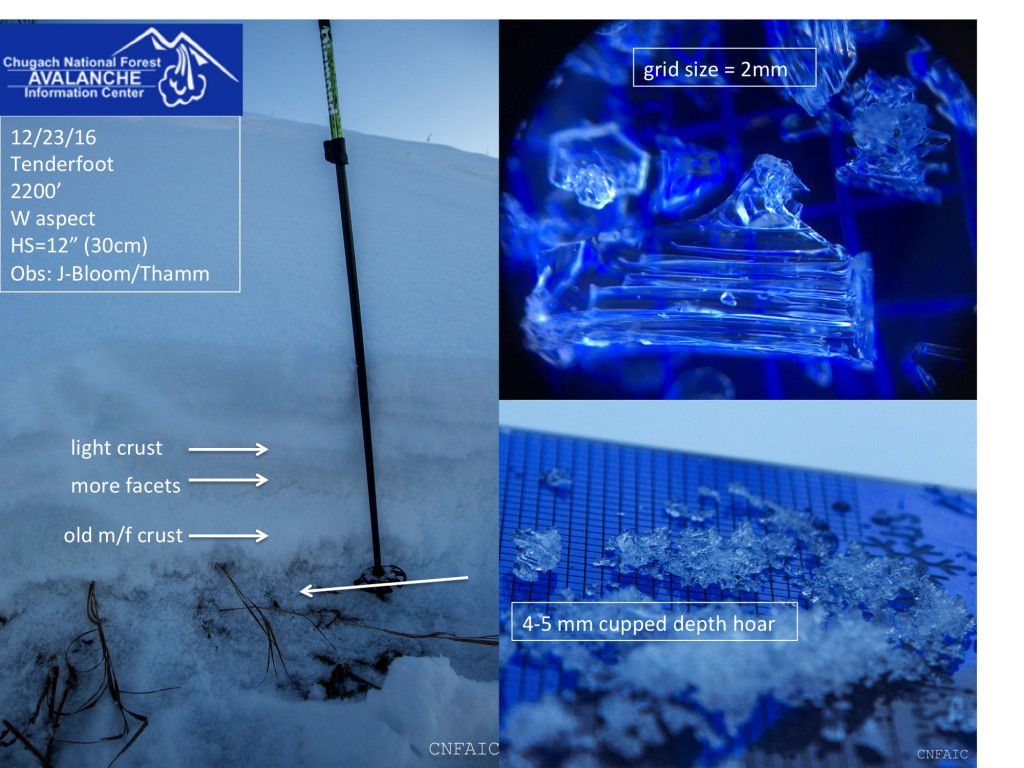 Very loose faceted snow, very representative of the snowpack below 2500' 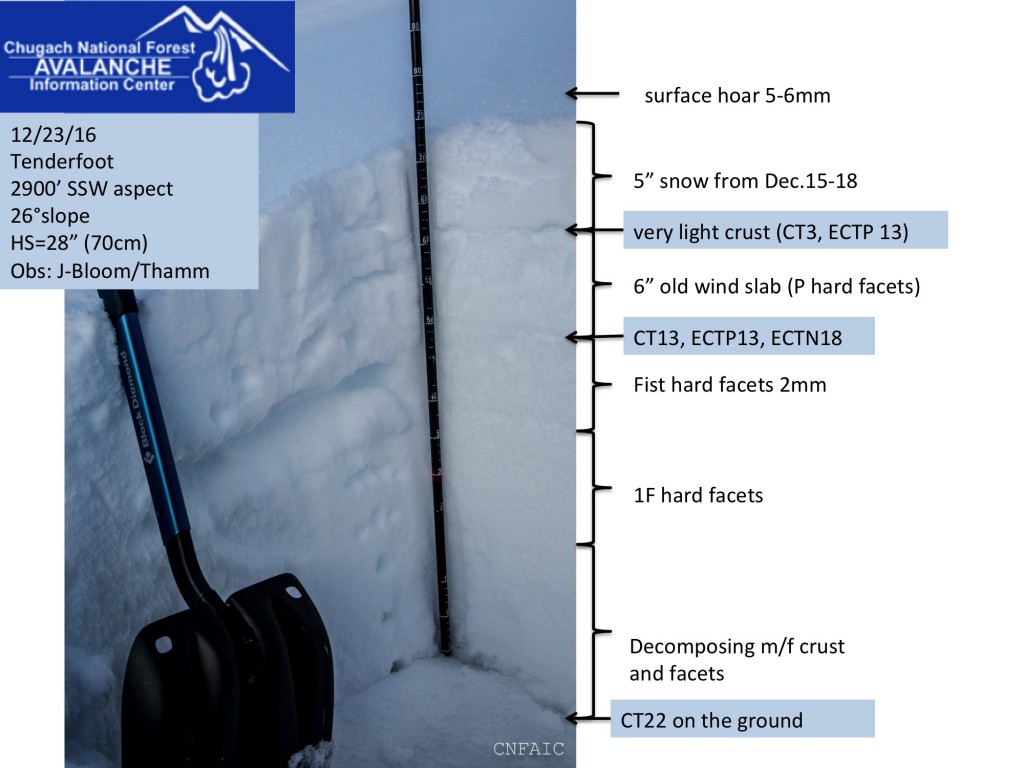 A jumble of different of faceted snow layers and crusts 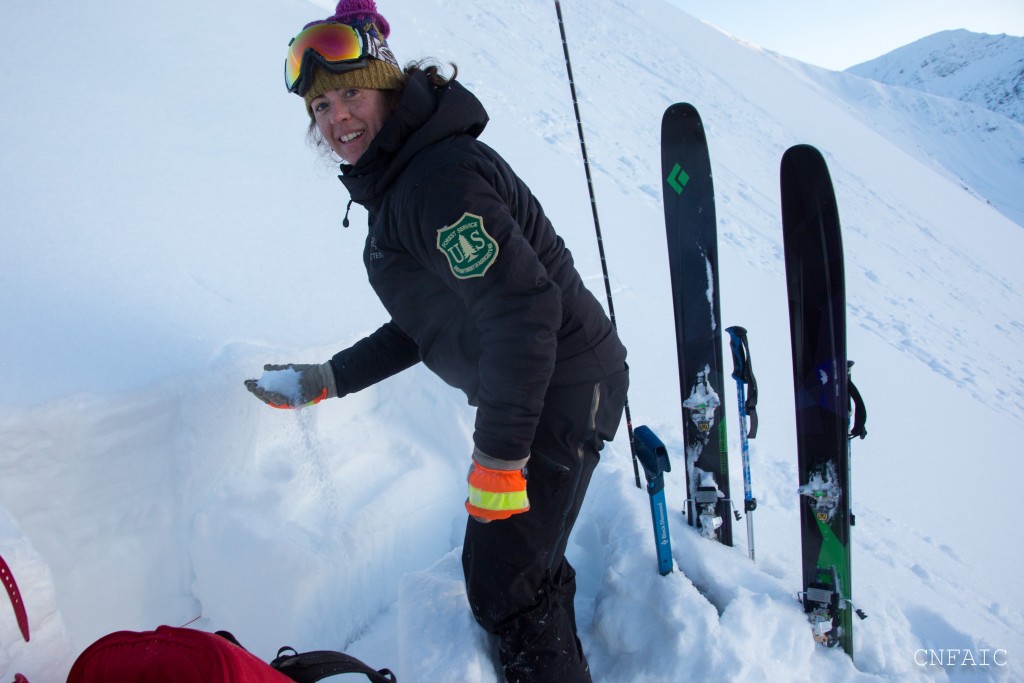 The most concerning layer was this very loose faceted snow sitting under an old wind slab. 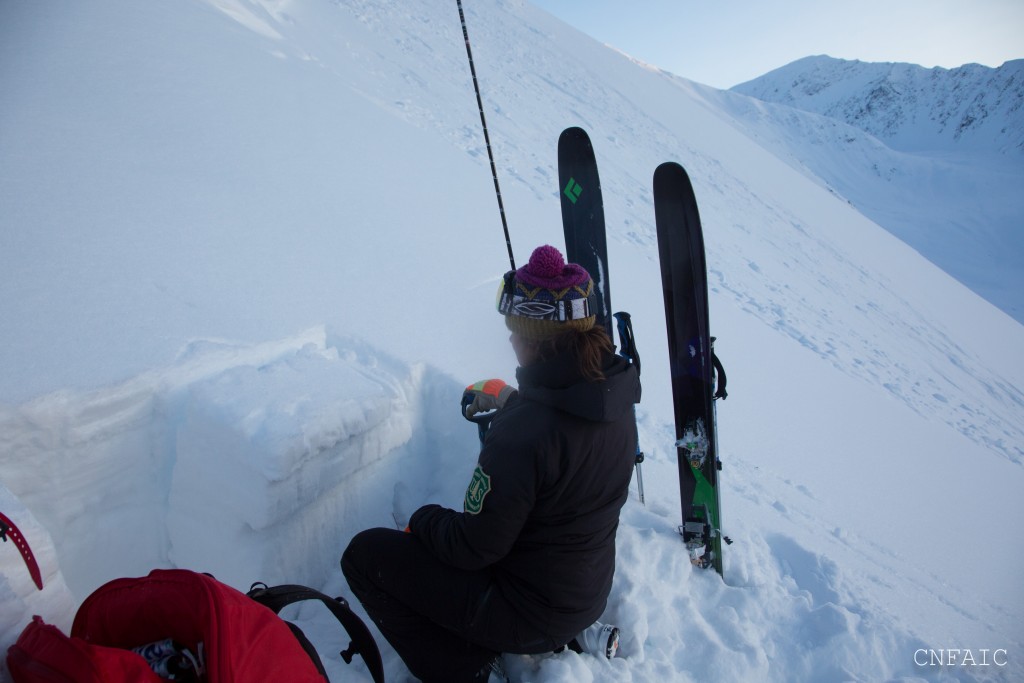 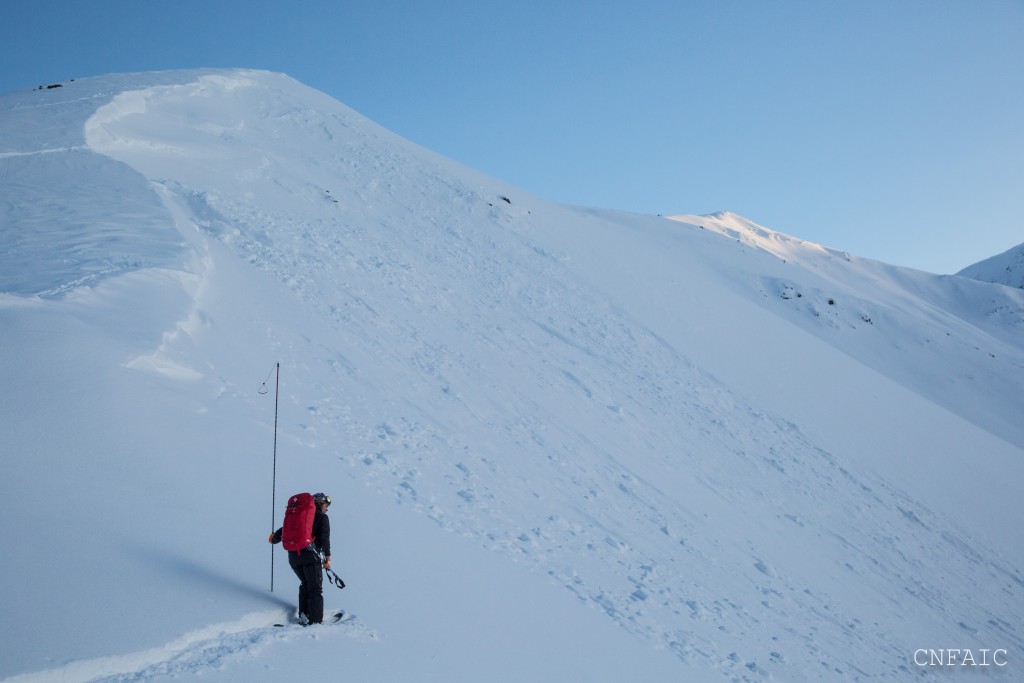 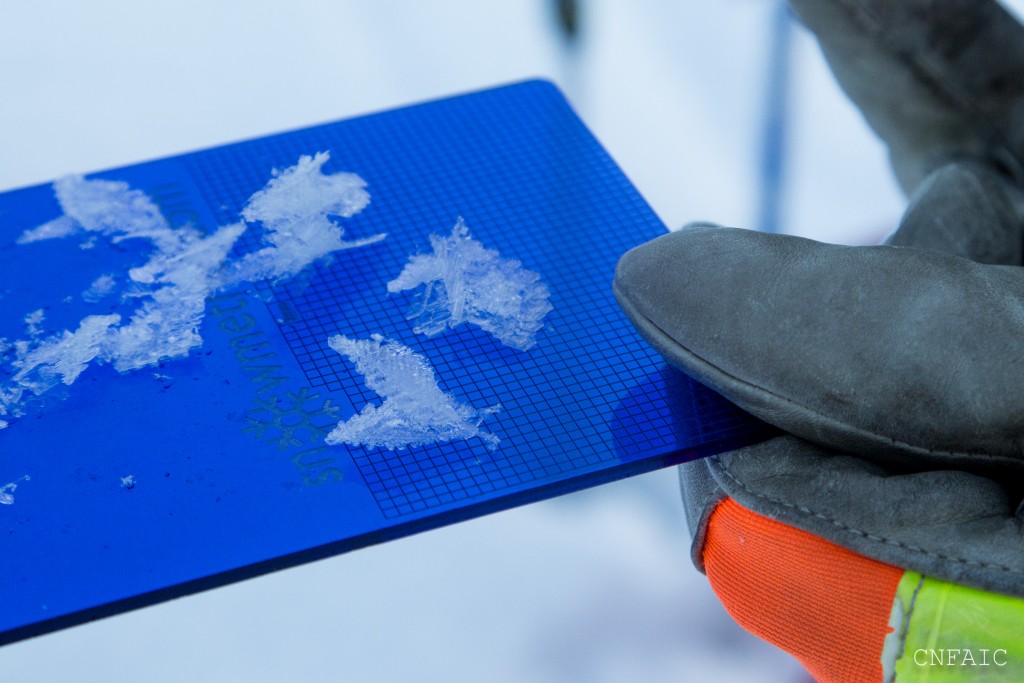 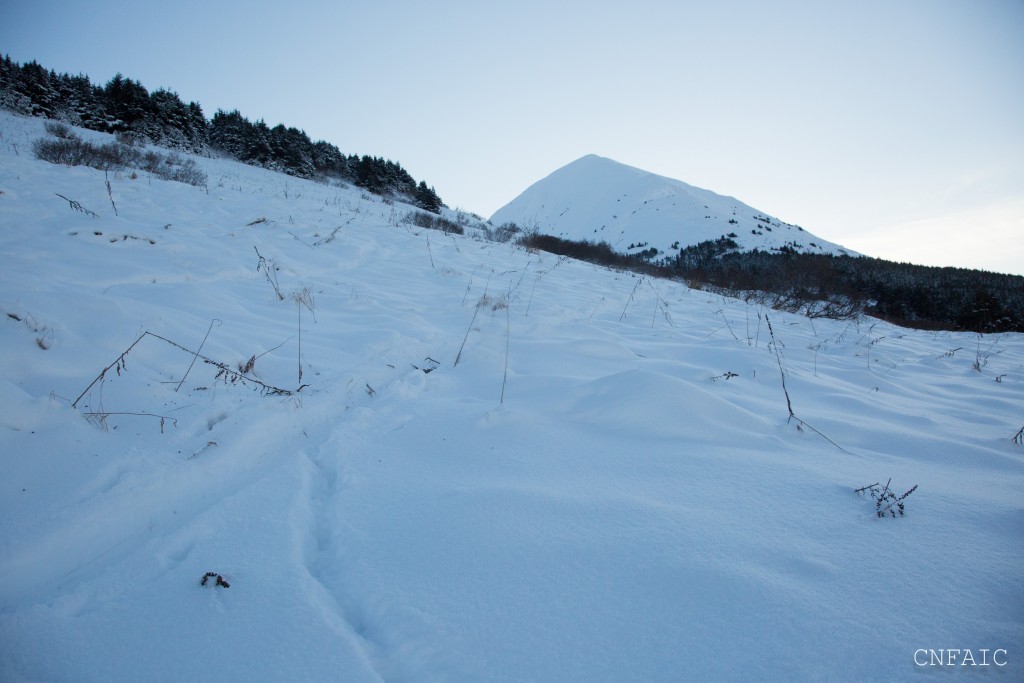 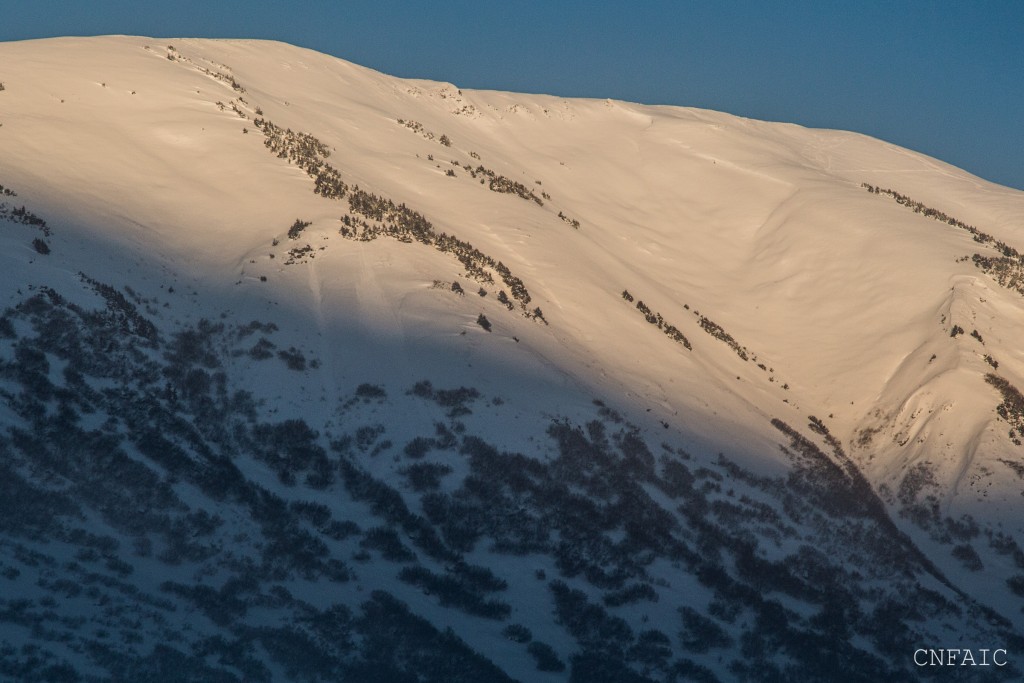 Natural point releases on E aspect of Seattle Ridge in Turnagain Pass, seen on the drive to Summit. 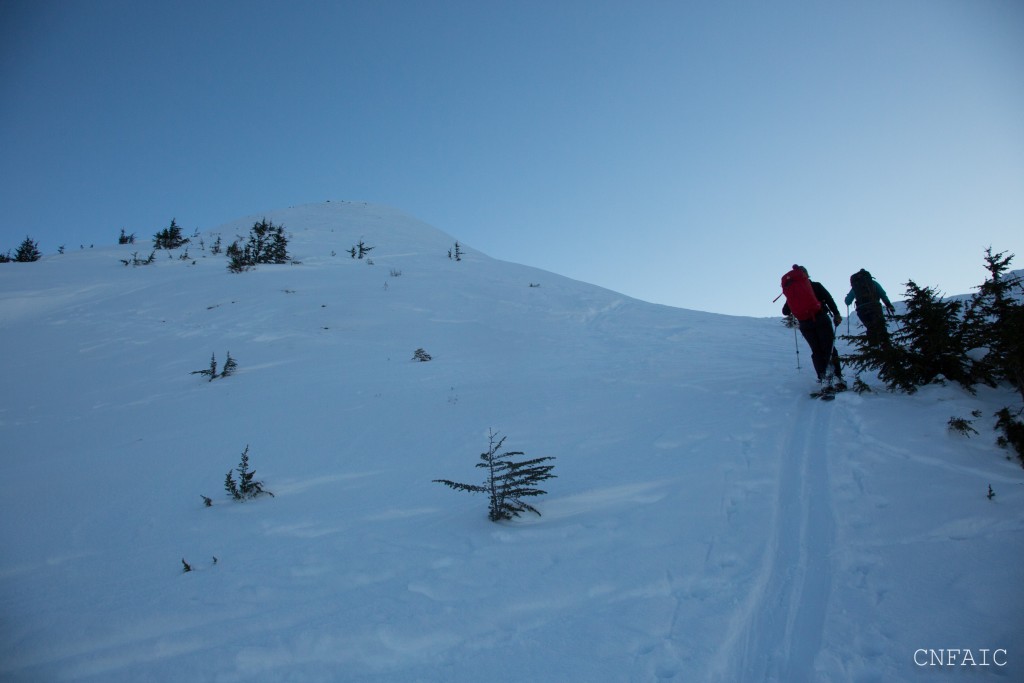 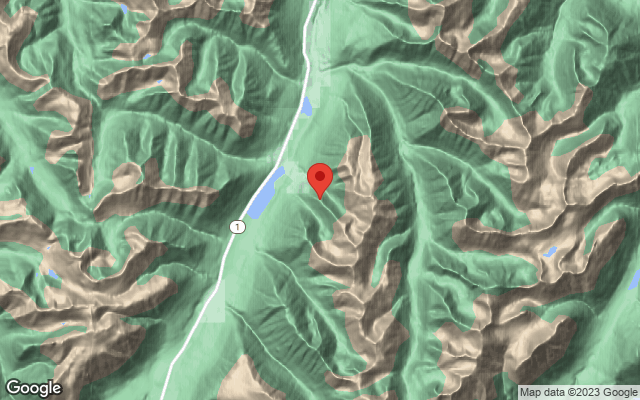