Toured the up the standard route on Tenderfoot to 3000′ on ridge. The snowpack is much shallower than Turnagain Pass. Good opportunity to check out surface conditions before the next storm.

Evidence of avalanche activity from the wind event Sunday night but nothing more recent.

Shallow: Feels downright Continental...
1200'-2000' 2-6" of faceting snow with a mf crust at the ground.
2000'-2500' 8-10" of faceting recent snow over 2-4" of faceting older snow and 6 mm buried surface hoar over mf crust at the ground
2500'-3000' wind effected snow drifted in to pillows and stiffer pockets. Mixture of scoured and loaded. All hand pits near ridgeline in wind effected snow had surface hoar below and E-M shears. Snow that is not wind effected is soft and becoming less cohesive with the cold temps.
Quick pit at 2800': W aspect 32 degrees, 1F snow over buried surface hoar 6mm. CT 6 x 2.
There was not enough snow in meadows on approach to ridge. The Southerly aspect above treeline is loaded and has the potential if it harbors the surface hoar that was found near the ridge to be hazardous. The Northerly also looks wind effected and cross loaded with shallow snow with that may also have weak snow underneath. 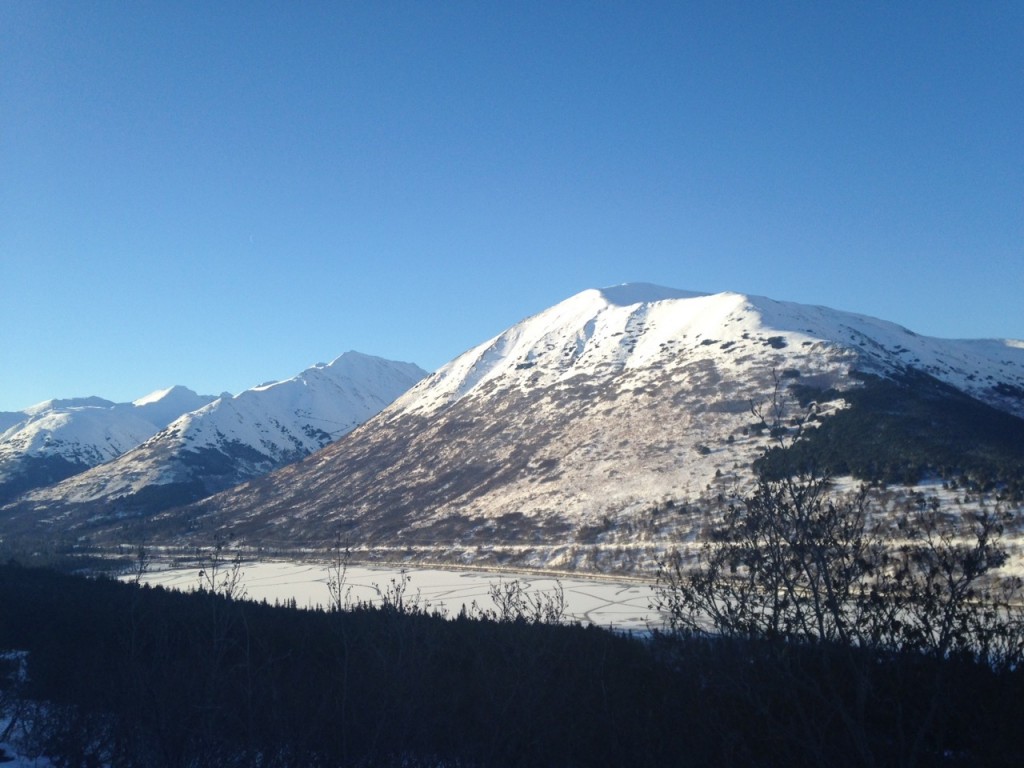 Looking across from Tenderfoot... not very much snow 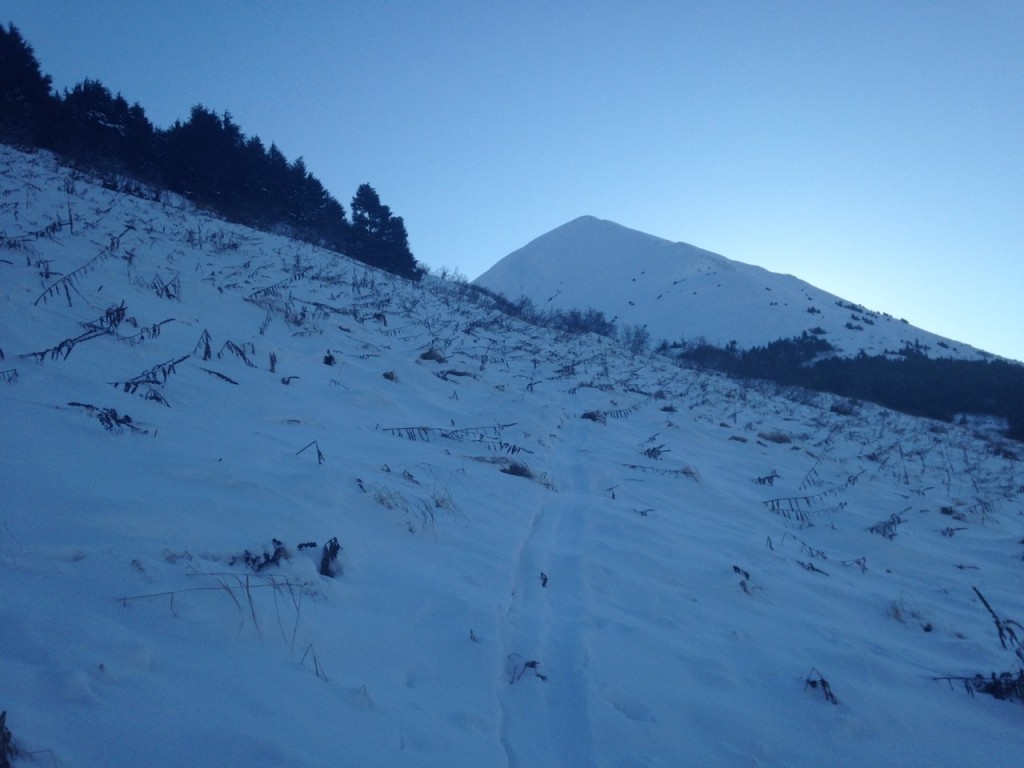 Shallow snow on the way up 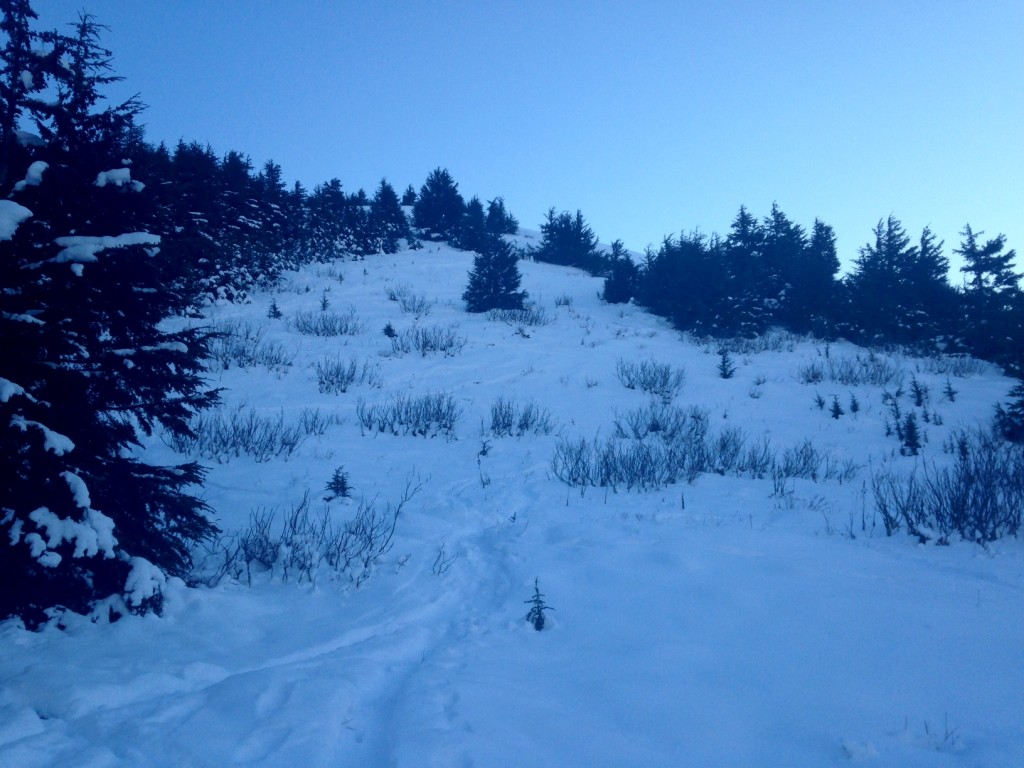 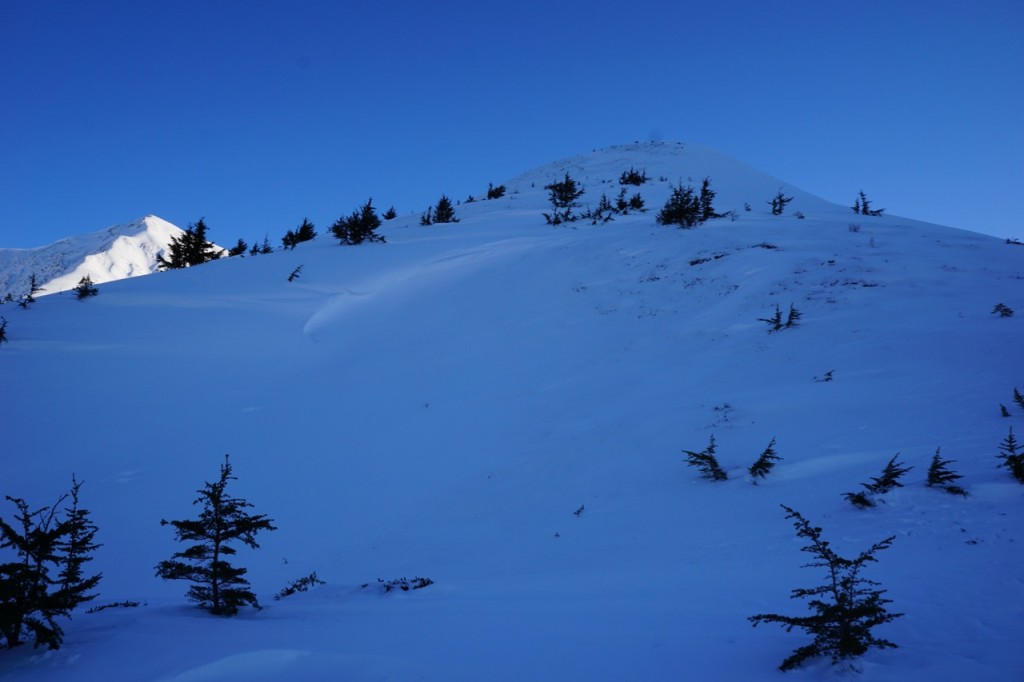 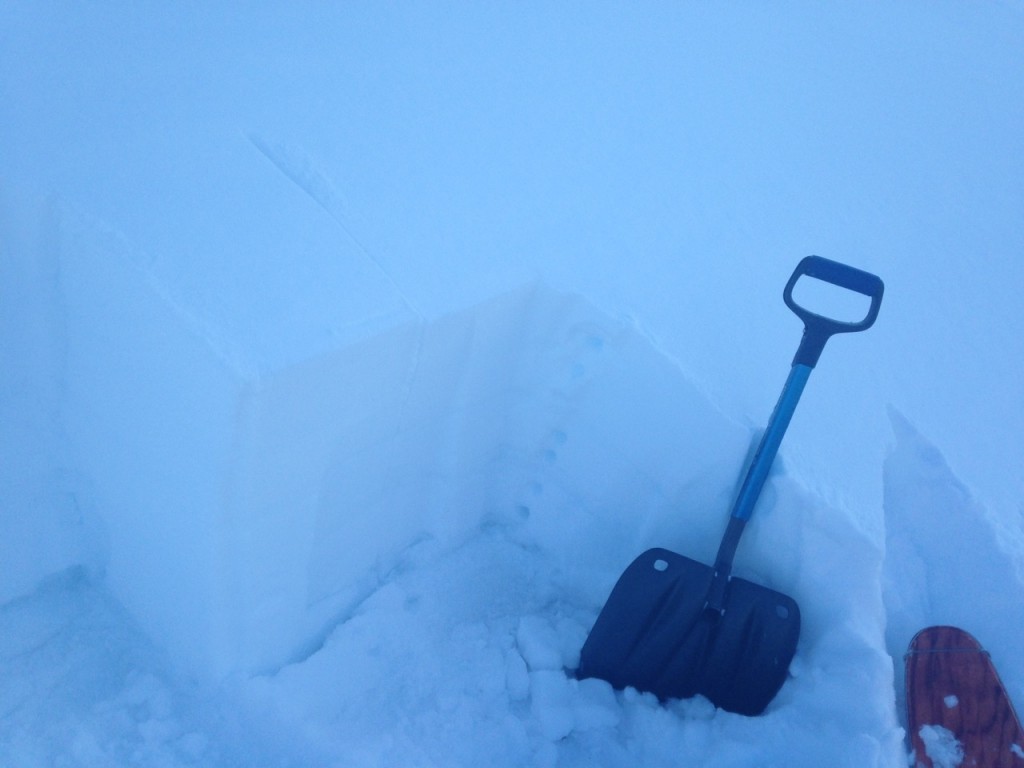 Quick pit on the ridge 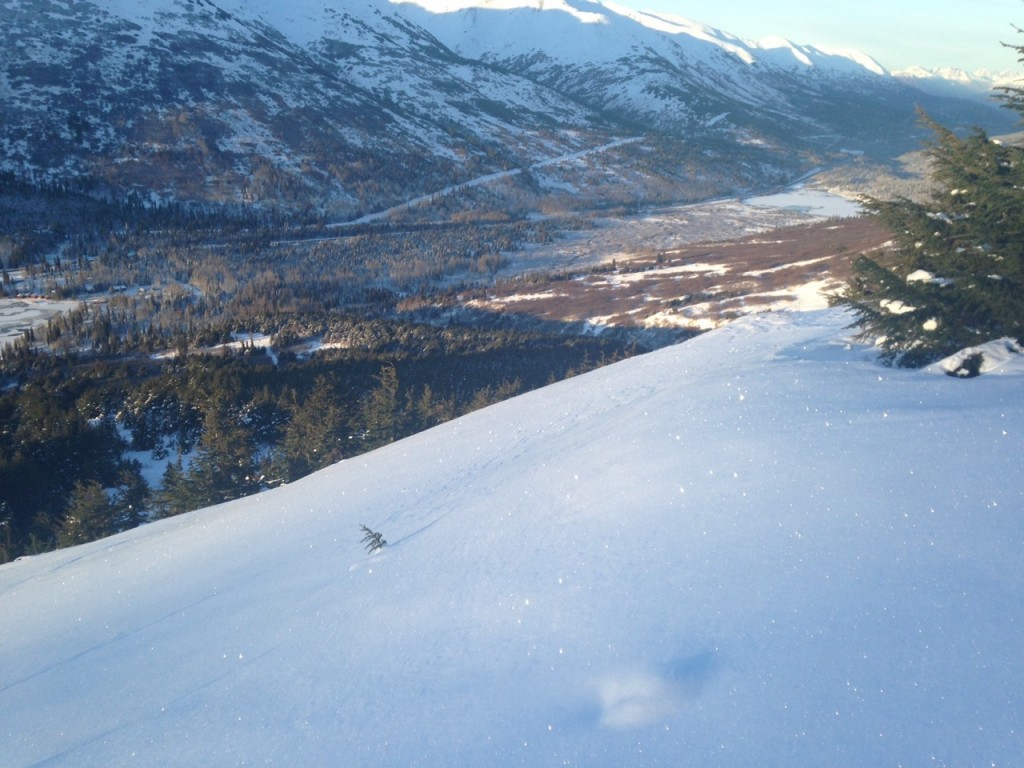 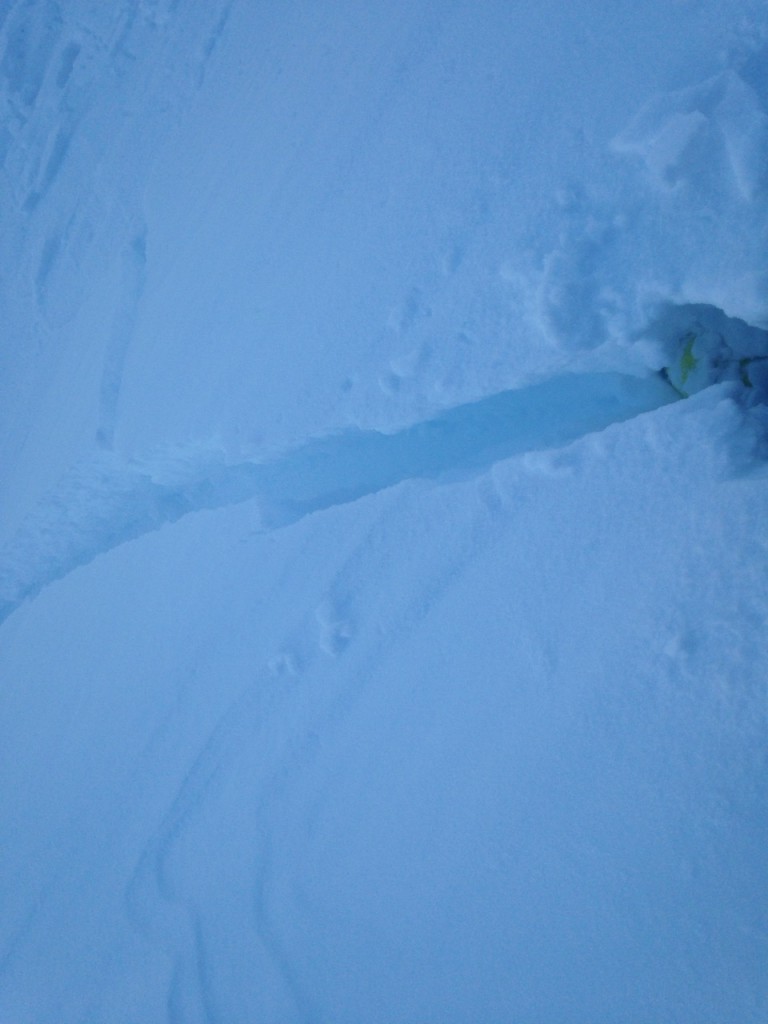 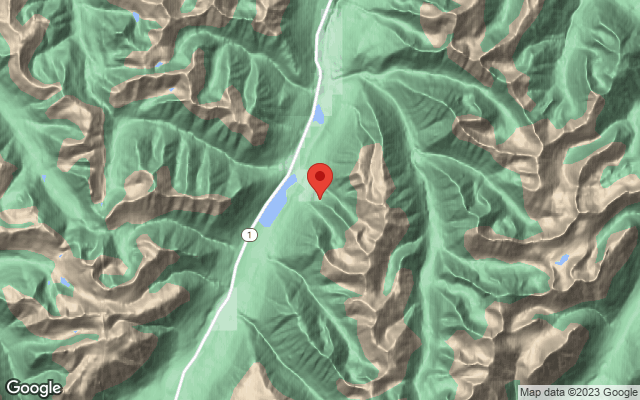