Route: Traveled from 1200ft to 3000ft on Tenderfoot ridge

Surface Conditions:
A stout melt freeze crust has formed at all elevations and aspects now that temperatures have cooled
off a bit. In locations with sun exposure at low elevations this crust had softened a bit but was still
supportable in the early afternoon.
A very thin layer of surface hoar was beginning to grow on this crust at all elevations where we traveled.

Snowpack Observations: (See profile)
We looked at the snowpack on both north and south aspects around 3000ft.
In locations we traveled, HS on north aspects is between 70 and 180cm and HS on south aspects is
much less, between 30-50cm with ground exposed in some places.
General snowpack structure is, 3-5cm K hard melt-freeze crust over 1F dry snow from February on a
layer of weak facets on top of the thick crust from January. 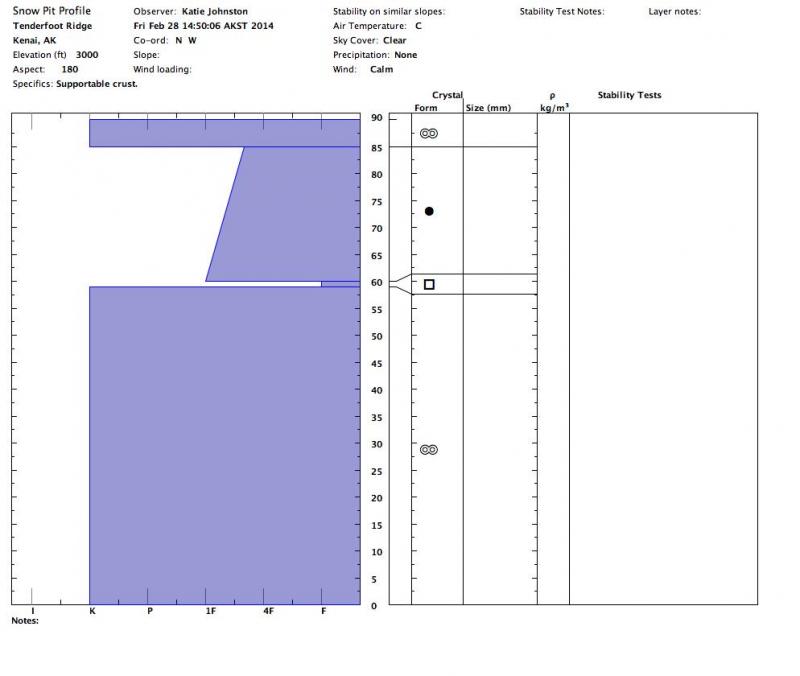 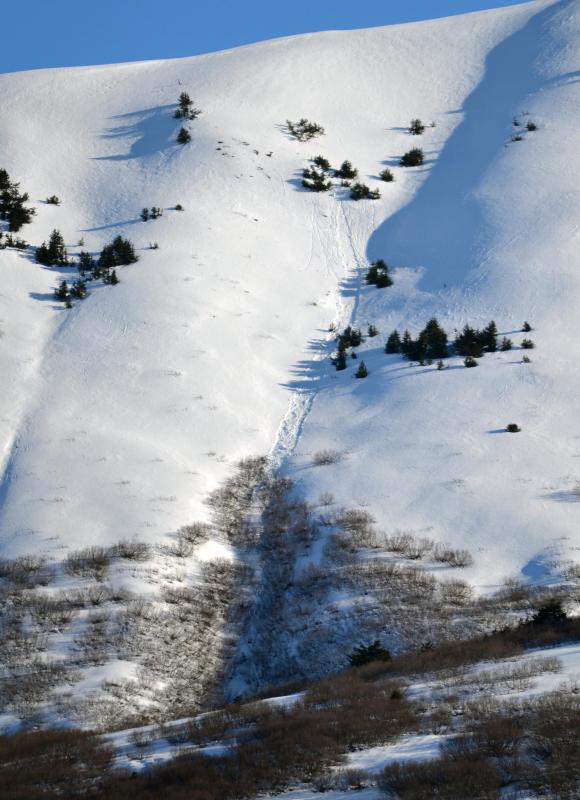 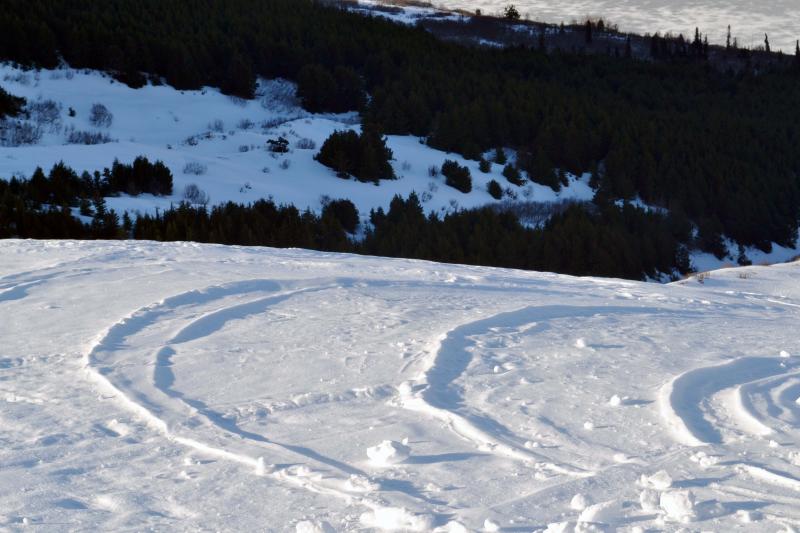 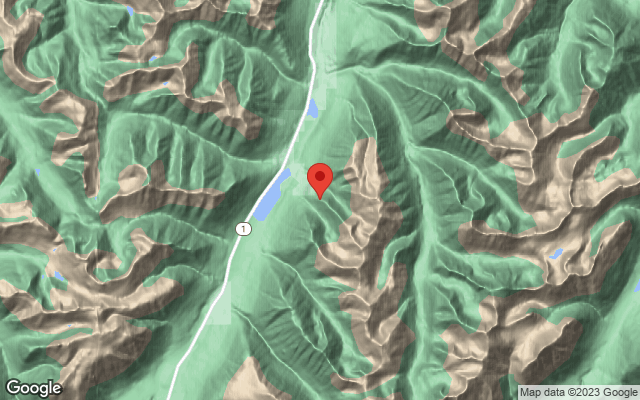