The Alaska Pacific University Snow Science 1 class toured to 2400′ on Tenderfoot today to dig a full profile. We were in pursuit of the fabled four layers of buried surface hoar, and did not return disappointed! We turned around here, staying near and below treeline all day.

None observed. However, visibility was poor for the full day and we were unable to see into higher alpine areas.

There was precipitation throughout the day, increasing in intensity in the afternoon. Most of this came in the form of snow, but rain line was around 1600'. Winds were light to moderate from the NW. Temperatures were around 0C all day, with slightly warmer temperatures (3C observed at 1000 and 1500) at lower elevations.

New snow. very high density. there was liquid water in this snow below 1600 ft. Wind effect was not observed, but we remained below treeline and observed no significant wind transport.

Snowpack was deep! Snow height at our pit location was 261 cm in a non-wind-loaded area. Strength was high and propagation potential found to be low in a PST. Structure was very poor, with four layers of buried surface hoar found in the snowpack. snowpack was primarily composed of small rounds, and some small rounding facets and melt freeze crusts. See Profile. 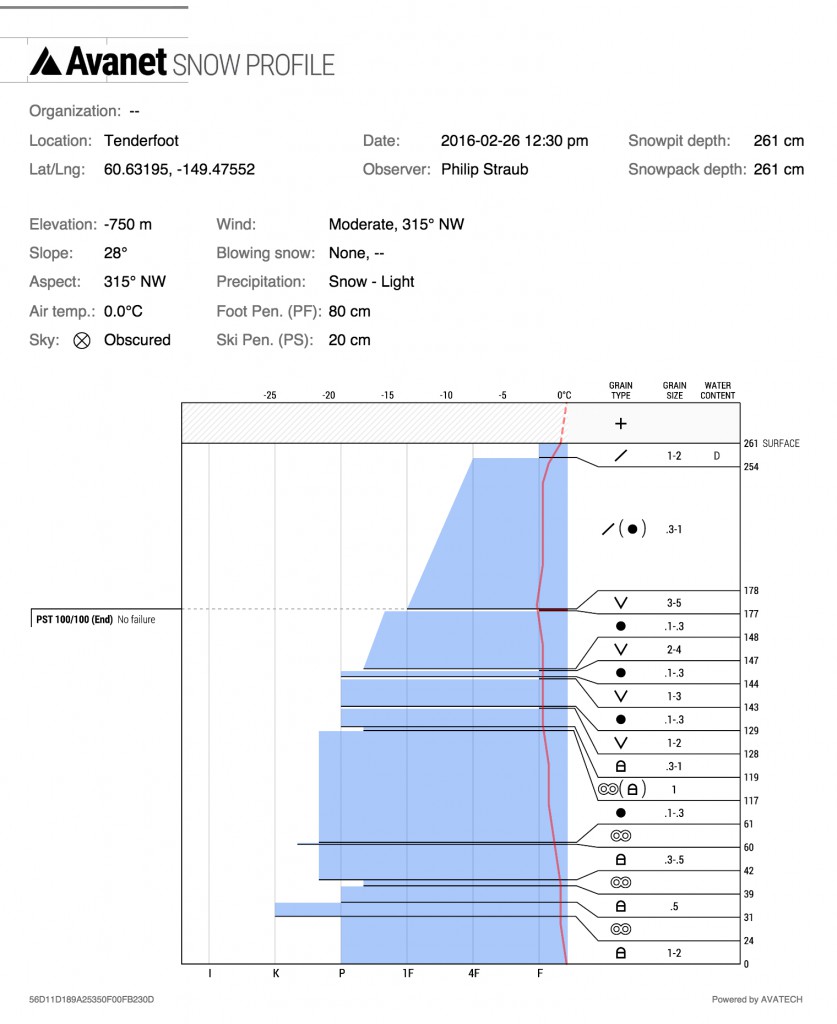 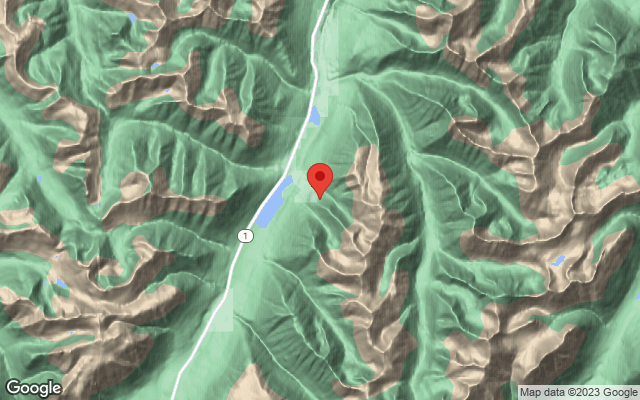