Route: Sunburst lot through Taylor Pass, then up a northern aspect of Pastoral to 3800′, retracing our
route on the way back.

Weather: 28-40 degrees f throughout the day, with an overcast sky that frequently obscured the taller
mountain peaks in the region. Coupled with light snowfall, visibility was often limited, particularly at
higher elevations.

Winds direction varied based on terrain, with consistent light winds with an occasional moderate gust
observed from the North, East, and Southeast along different points on the route. At Taylor Pass, East
winds were a steady moderate, gusting to 30 mph. Mild snow transport was occurring at this location;
mild because of the lack of available snow for transport, not due to wind speed.

Total snow accumulation throughout the day was less than 1″

Snowpack: Variable surface conditions, depending on aspect and previous exposure to wind. On north
facing aspects – where previous wind hadn’t scoured the surface, or deposited shallow windslabs – 3″ of
fist hard facets sat on a progressively harder snowpack. Ski penetration was rarely deeper than 4″
throughout the day, and occasional boot packing behind Taylor Pass saw foot penetration consistently
near 6″. On aspects that faced even slightly south, previous sun affect had influenced the snowpack,
making thin breakable crusts and/or a denser top few inches. The snow surface was dry today along
most of our route, with the only exception being the West facing slope down low near the parking lot.

Instability: While limited visibility made it tough to confirm these slides as new, it appeared that some
small (D1), wet loose snow avalanches had come down recently off the steep, south facing Tincan
Library spines, starting up by exposed rocks.

No collapsing, cracking, or other recent avalanche activity observed. 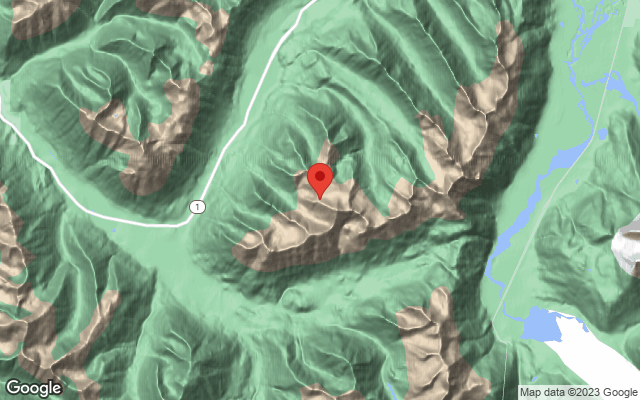