We toured up Taylor Pass to Sunburst weather station to try to assess why it stopped working on 11/24. We encountered steady winds 15mph on our ascent up Taylor and by the time we descended (2:30pm) winds had increased to a steady 25mph with gusts in the mid 30’s mph. We observed blowing snow and multiple shooting cracks 10-20′ in length on the Western aspect of Taylor Pass toward the weather station.

We also spread out and moved quickly (to minimize our exposure) under the glide crack on the SW face of Sunburst. We tried to keep the furthest distance possible, well below the debris of the glide that released on 11/23, to distance ourselves from its run-out. Something to keep in mind if you are thinking of going up/down Taylor Pass.

-Broken skies in the morning becoming obscured by mid afternoon.
-Winds were light from the East becoming moderate by early afternoon. Seemed to be the most intense at Taylor Pass.
-Temperatures were in the low-mid 20F's
-Light snow started falling around 3:30pm

1" of new snow from overnight
1000'-2000' - 6 inches of loose unconsolidated snow
Variable surface conditions throughout all of Taylor creek, wind affected snow. Near the Taylor Pass snow become more supportable with patches of sastrugi and upside down snow punchy snow. Shooting cracks were found on the Western, wind deposited side of Taylor Pass toward Sunburst Wx station.

We probed around on a wind deposited area at 3400' on a Western aspect between Taylor and the Wx station near an area where we experienced shooting cracks. The snow was completely supportable, but could punch ski pole basket through with some force. Snow depths were between 120cm -160cm in this area.

The snowpack was dense pencil hard with the top 40 cm were 1F hard. We had a CT score of 17 RP that broke 40cm down on density change. We could see a visible layer where it broke, but we also didn't find any obvious buried surface hoar. Due to blowing snow and unfavorable conditions for the hand lens we couldn't identify the grain type. The extended column test produced no results (ECTX.) 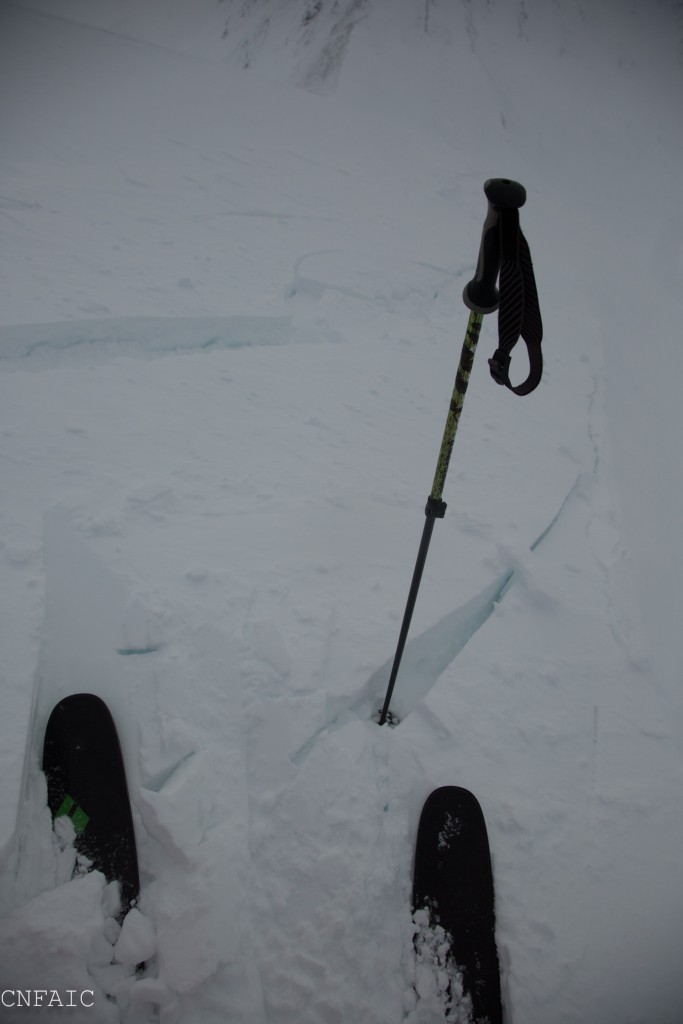 Shooting cracks found on descent of ridge at about 3500'. Due to low snow cover on ridge we skirted the Western aspect on low angle terrain. 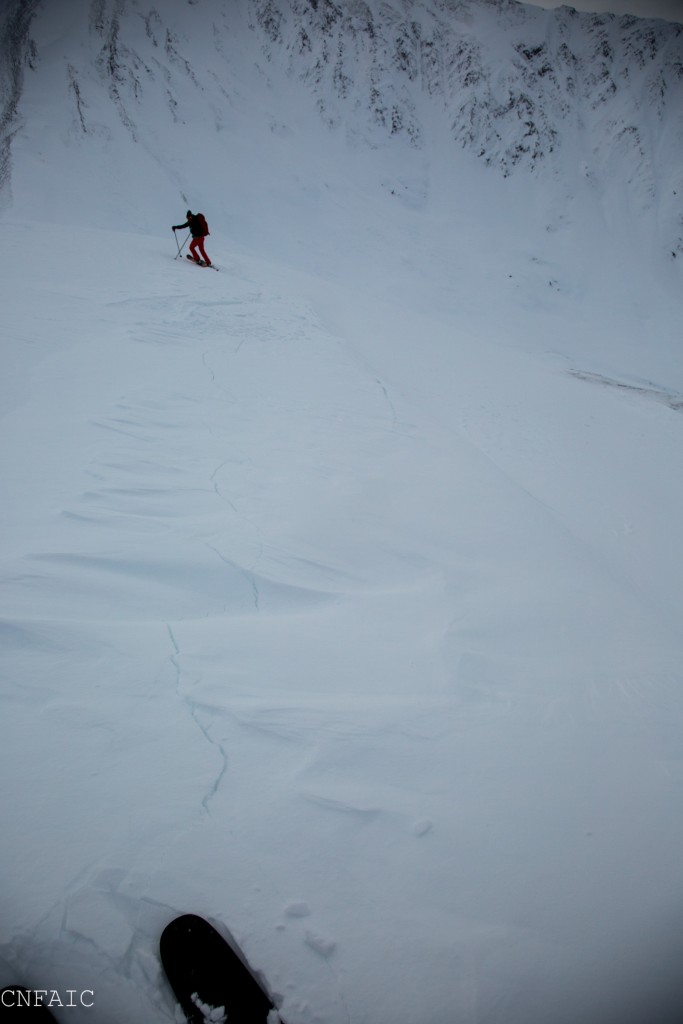 Some of the shooting cracks were 10-20' in length 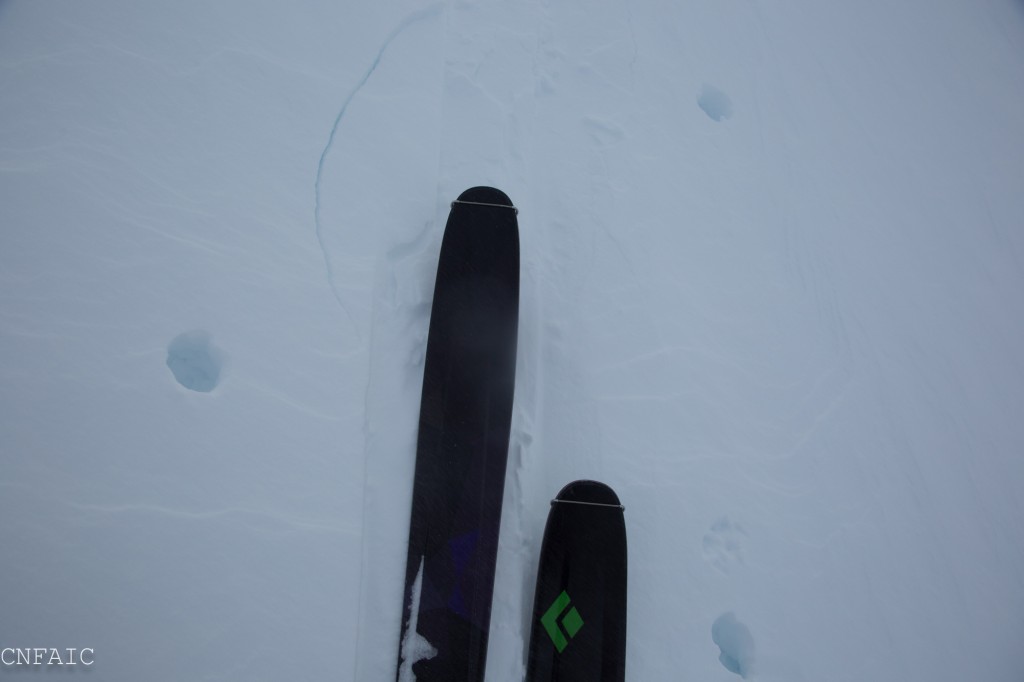 Cracking was also observed while putting in the skin track to Taylor Pass. Notice the punchy snow, pole baskets holes. 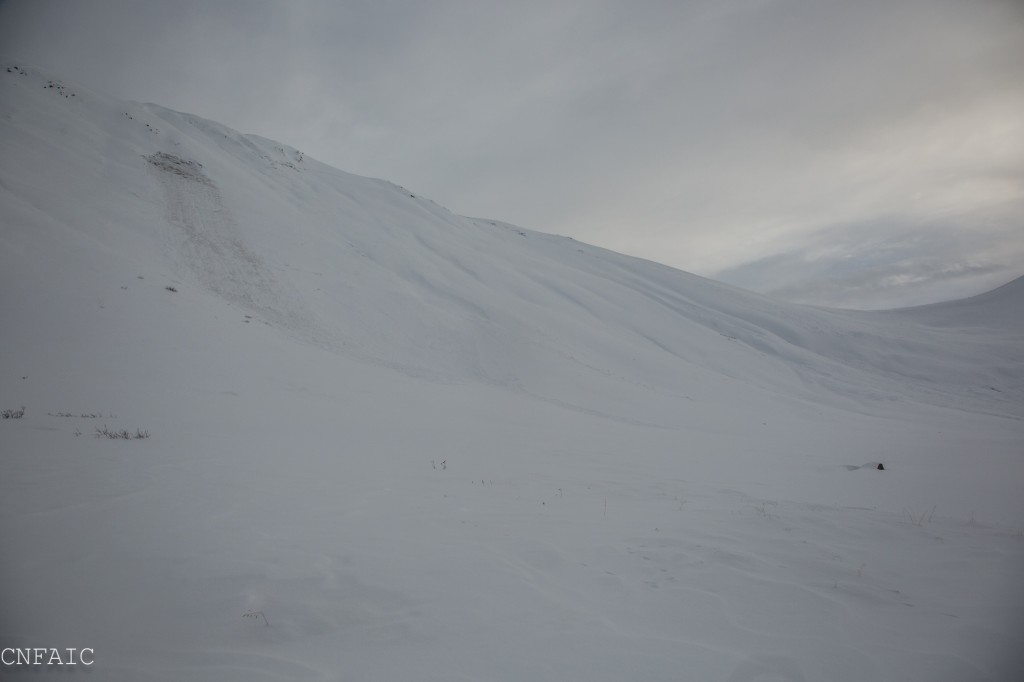 We did our best to stay far away and spaced out to distance ourselves from the runout of the glide crack, upper left corner of photo. 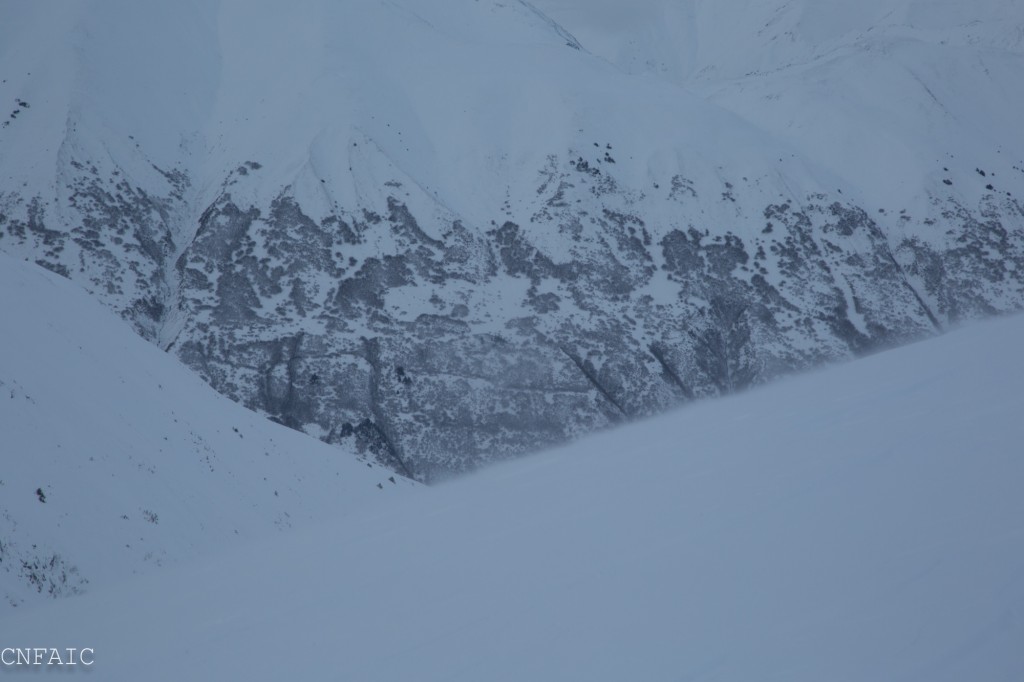 Hard to see in this photo, but steady winds were blowing snow for the entire time we were on the ridge. 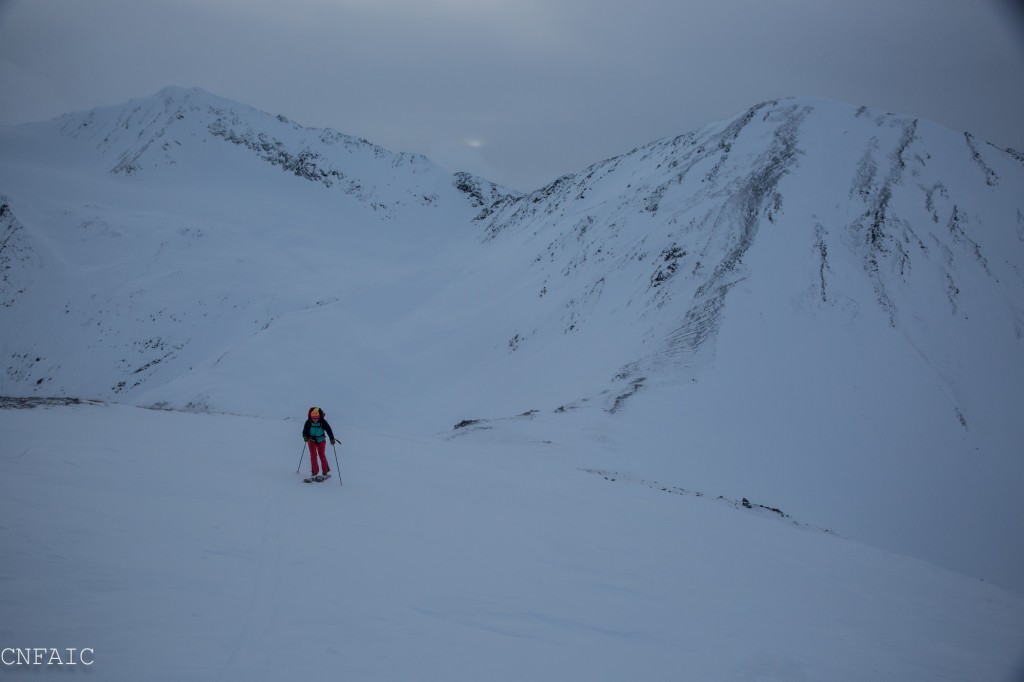 View looking back towards Pastoral before visibility became obscured 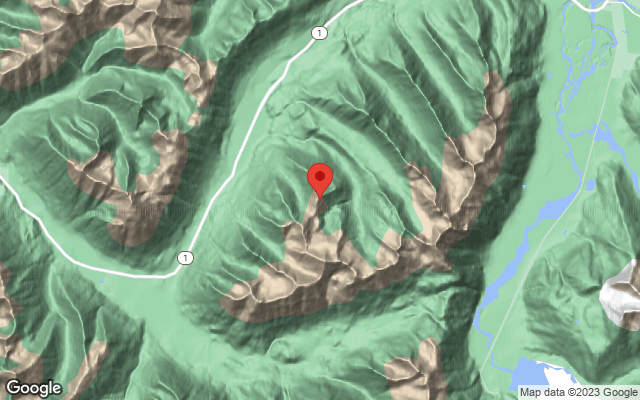