Skinned to Taylor Pass and up to Wx station on Sunburst. Skied NE Shoulder to about 2500′. Ascended NE shoulder to Wx station and skied West aspect of Sunburst to Taylor Creek. 3″ new snow from overnight on 8″ of settled snow.

Along ridge on NE shoulder we found cracking in an isolated pocket of wind drifted new snow. Very localized and not widespread.

Recent avalanche debris on a South aspect between the Library and Kickstep.

Mostly sunny in the AM, become partly cloudy in the afternoon
32F-42F along the roadway
Winds - 10mph gusting to 20mph SW
No precip fell while we were there

Dug a several hand pits on shaded aspects between 2500 - 3000' and found good stability. Only a few test pits failed on a plane, but surface was broken and uneven and was difficult to get the slab to fail. Looked at the snow grains at the interface and just below the 3" of new snow and found rounds and decomposing fragments. 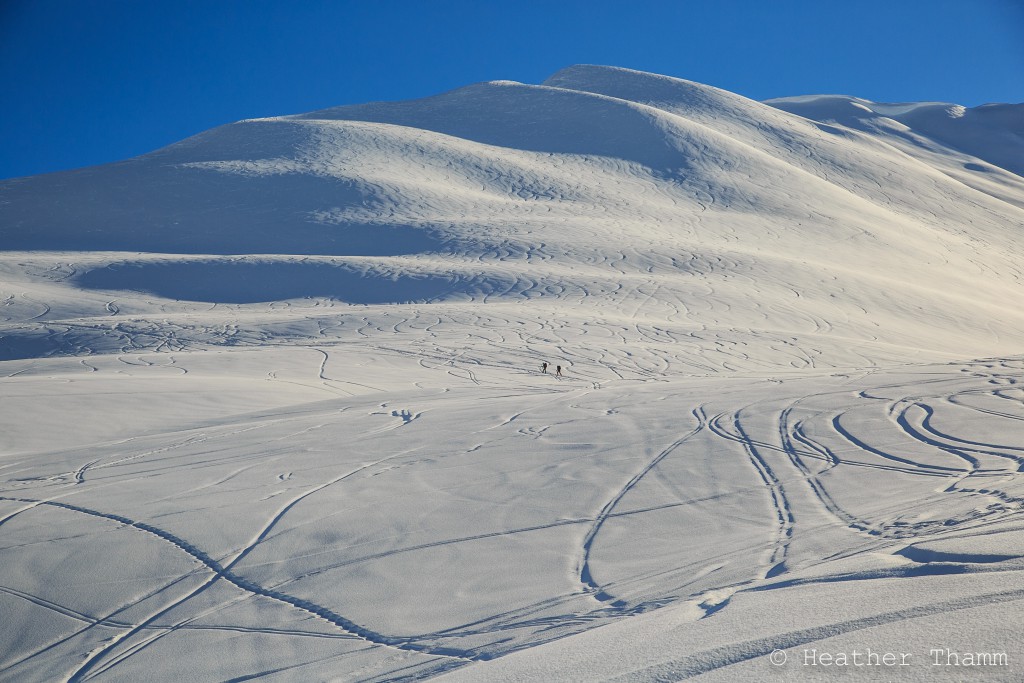 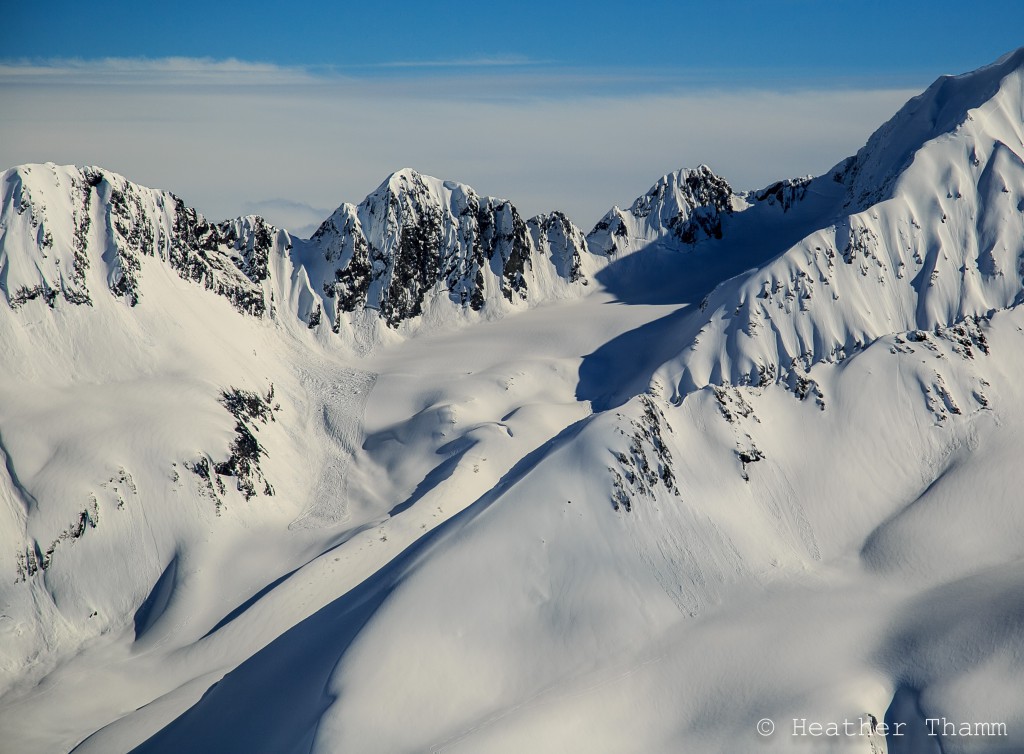 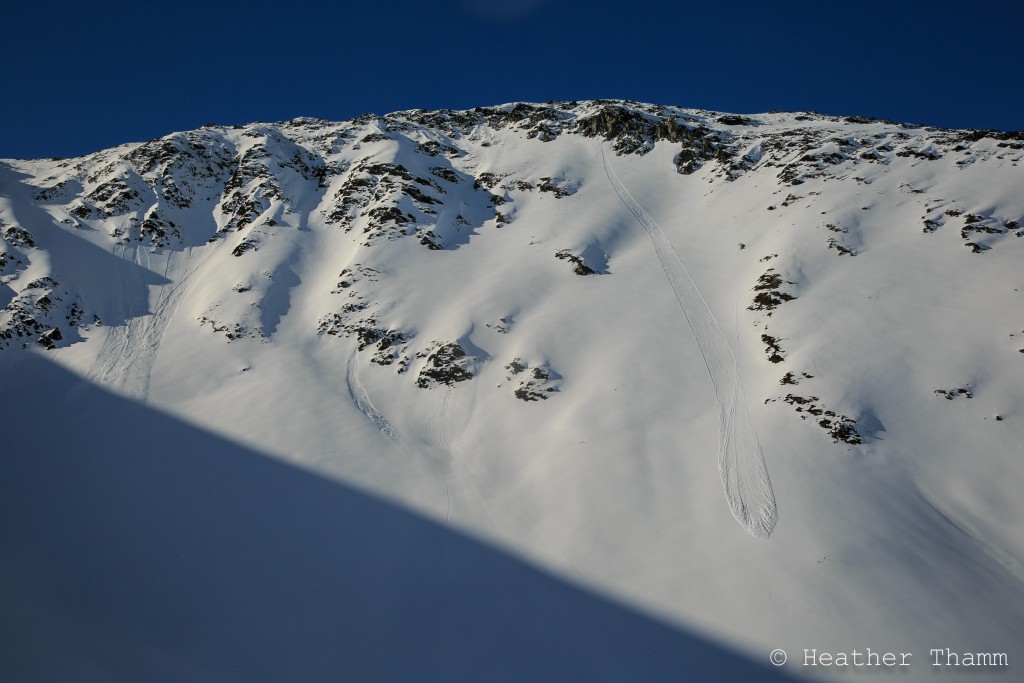 Recent point releases from the 3" of new snow. Started at rock on an East aspect early in the day. 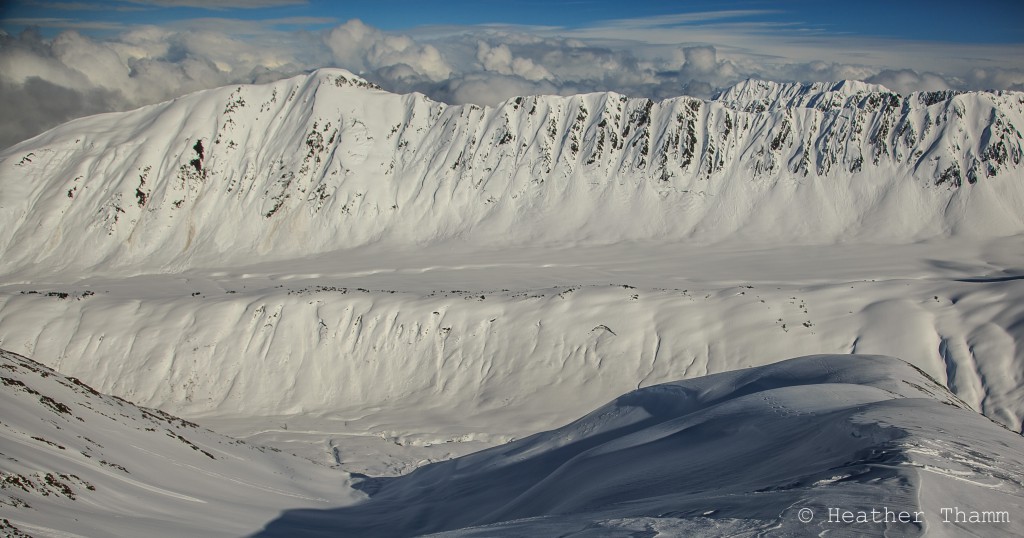 Most of the LIbrary is covered in glide cracks 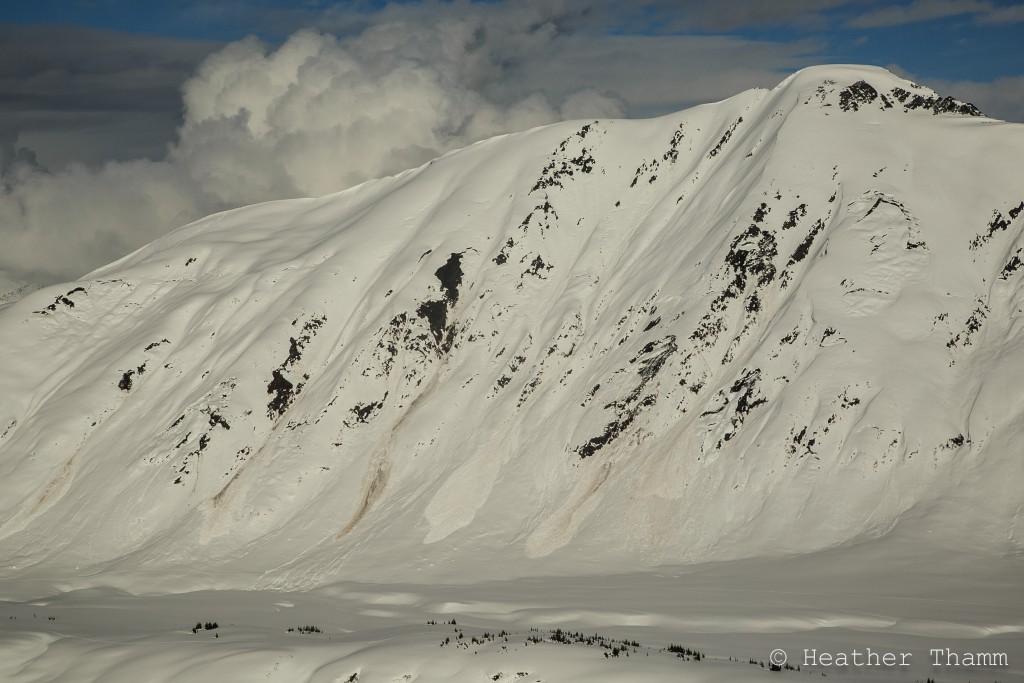 Tincan Proper has had several recent glide avalanches including one that witnessed today. 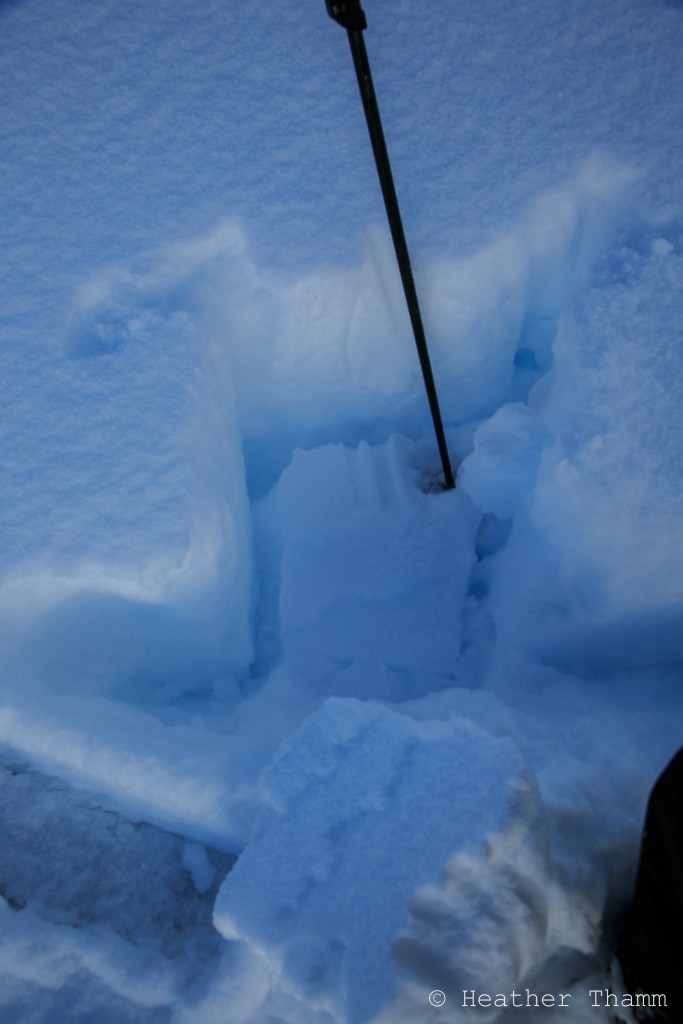 An example of one of the hand pits today on a N aspect. 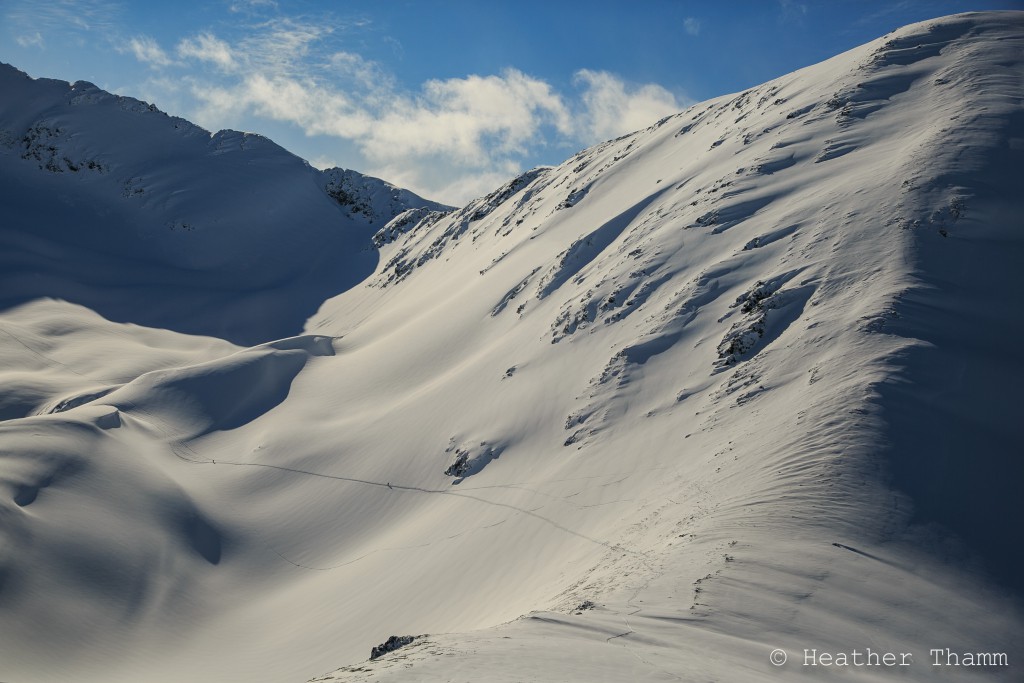 Great example of 'exposing one person at a time' in steep terrain. Route from Taylor Pass to Pastoral. 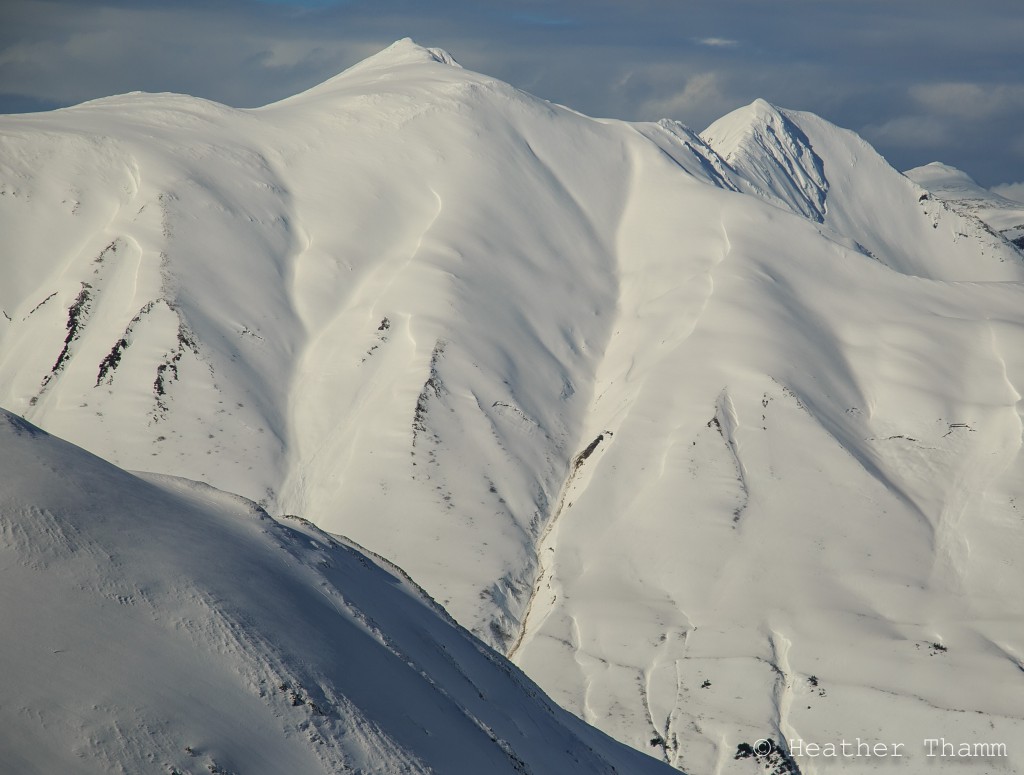 Recent glide release on a SE aspect of Seattle Ridge as seen from Taylor Pass. 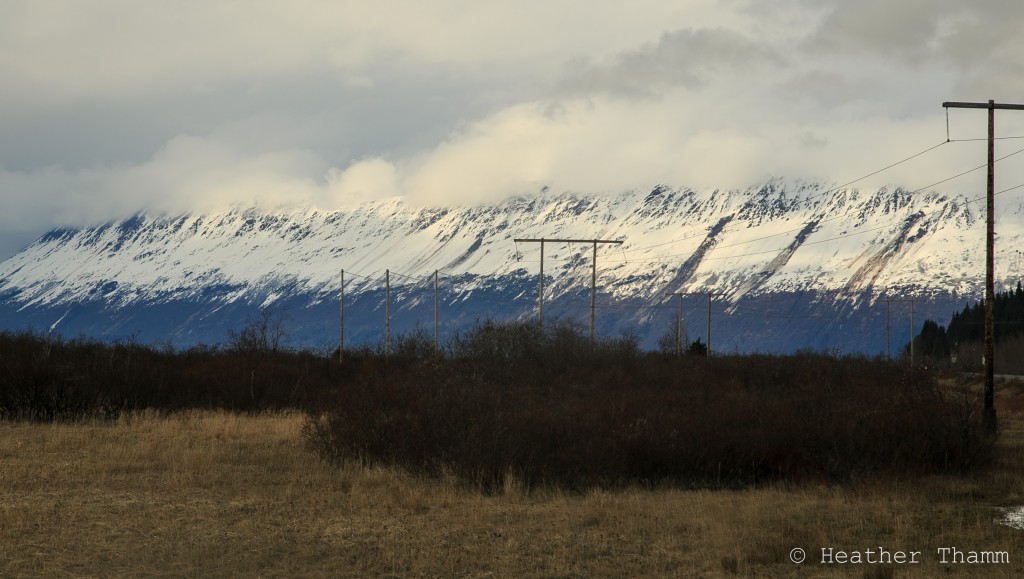 View of the many glide avalanches on Penguin Ridge - these have all released over the last week.