Toured up Taylor Pass, to the weather station and down the Sunburst Ridge to get an eye on what slopes have slid and what haven’t. The Nov 16th buried surface hoar continues to prove reactive. During the day we saw a fresh slab triggered in Hippy Bowl on Tincan as well as a remotely triggered slab on the SW face of Sunburst.

Although it looks as though half, or a little more than half of the Sunburst SW faces (from the weather station and West) have slid, there still remains much that has not and is suspect. Theoretically, a slope that has slid has knocked down the buried surface hoar and risk of triggering an avalanche again after new snow is low – but getting on a slope that has not slid, or a portion that has not slid, the risk of triggering will be high. With a bit of new snow and wind filling in old fracture lines and flanks, it’s not very easy to tell which slope is which.

Taylor Pass: As you can see in the photo below – Taylor Pass headwall and adjacent slopes released naturally sometime Monday during the 5″ of new snow and wind. *There was a report of a shallow slab (human triggered) that propagated under Taylor Pass on Sunday, Nov 20. If anyone has information/photos of this please send them to us – we are wondering if debris from the larger naturals above are covering the reported slab from Sunday.

Soft slab avalanche failing on buried surface hoar was remotely triggered from the knoll along the ridgeline seen in the photo. Debris ran to valley floor. No one was caught but there was a party of skiers on an adjacent slope close to the avalanche.

Recent avalanches. We had no cracking or collapsing which was a surprise. Although other parties remarked on widespread cracking off ridgeline.

Top 5-10" is soft settled powder that is beginning to facet and loosen under the cold clear skies. A new layer of surface hoar is forming below 1,500' but none was seen at the higher elevations. Winds from Monday have grown cornices and formed wind crusts and shallow slabs along ridgeline.

Unstable. Buried surface hoar, roughly 1cm in size, sits 10-14" below the surface on Sunburst and is still highly reactive. 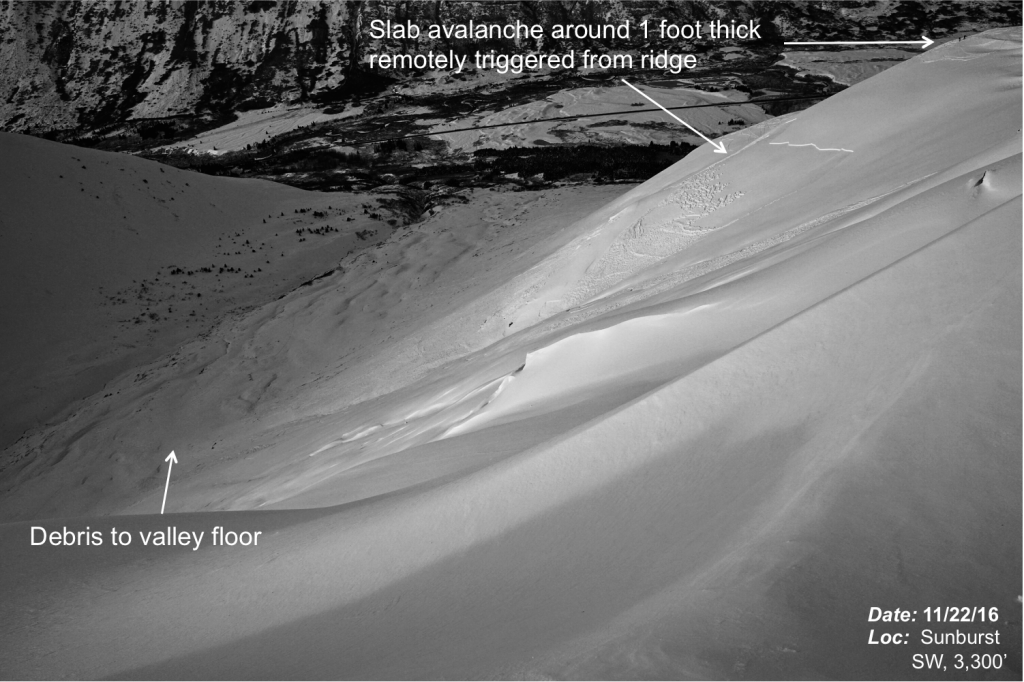 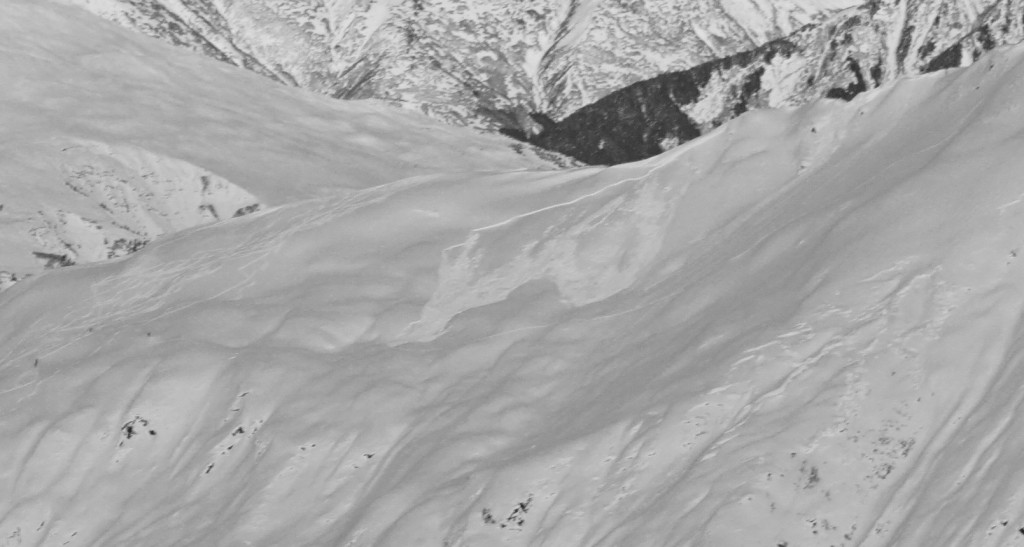 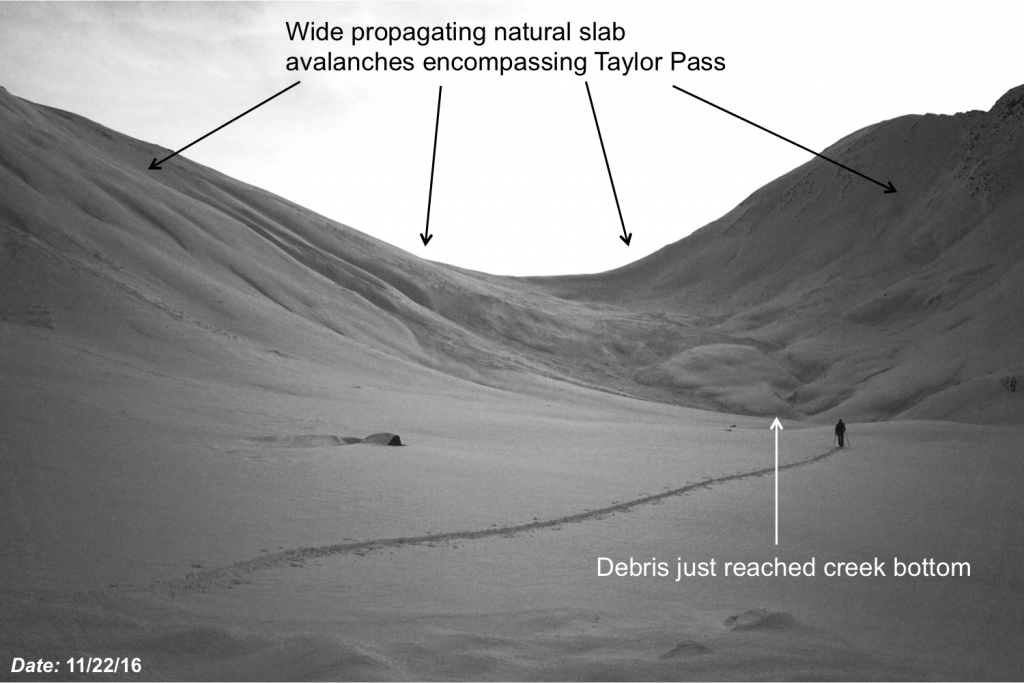