Signs of Instability:
Recent Avalanches: None observed
Cracking: Nothing substantial observed
*A couple 10’ long 1’’ deep cracks with associated wind slabs near Taylor Pass, not of concern now,
however, could be an issue in the future with more loading.
Collapsing: None Observed

Snowpack Observations:
Dug down at 2300ft to see the thickness the surface crust and the state of the wet snow/facets below. Surface crust was 30cm thick with 30cm of wet weak snow and facets below.

Dug a pit at 3600ft
N aspect
HS=180 cm
CT 14 Resistant Planar 18cm down (failed under a 3cm crust in decomposing fragments)
Snowpack profile (see photo as well):
Surface consisted of 15cm of soft snow snow over a melt/freeze crust around 3cm thick. Slab under crust was P hardness throughout, with a crust (1-2mm likely Dec drizzle crust) at 110cm depth below slab. At 135cm depth is another crust (2mm) with 1f facets above it. Under the 135cm crust there was 5cm of F hard weak facets. This was the weakest layer found and likely the one of most concern for triggering a deep slab avalanche, especially in areas where the slab is not as thick. The basal layer was 50cm of hard, strong, Sept./Oct. snow.

Potential future weak layers:
The 3cm melt freeze crust 15cm below the surface has potential for facets to develop both above and below with forecasted clear/cool weather. This crust gets thinner with elevation but was seen as high as 4,500′. 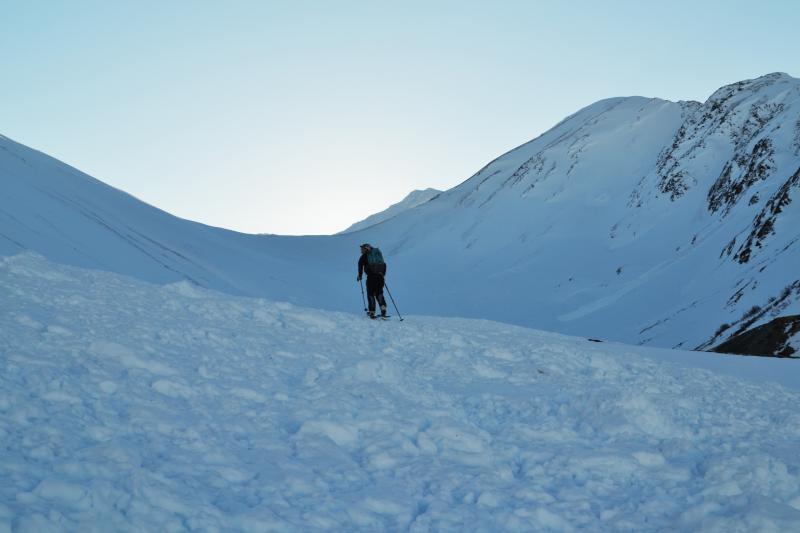 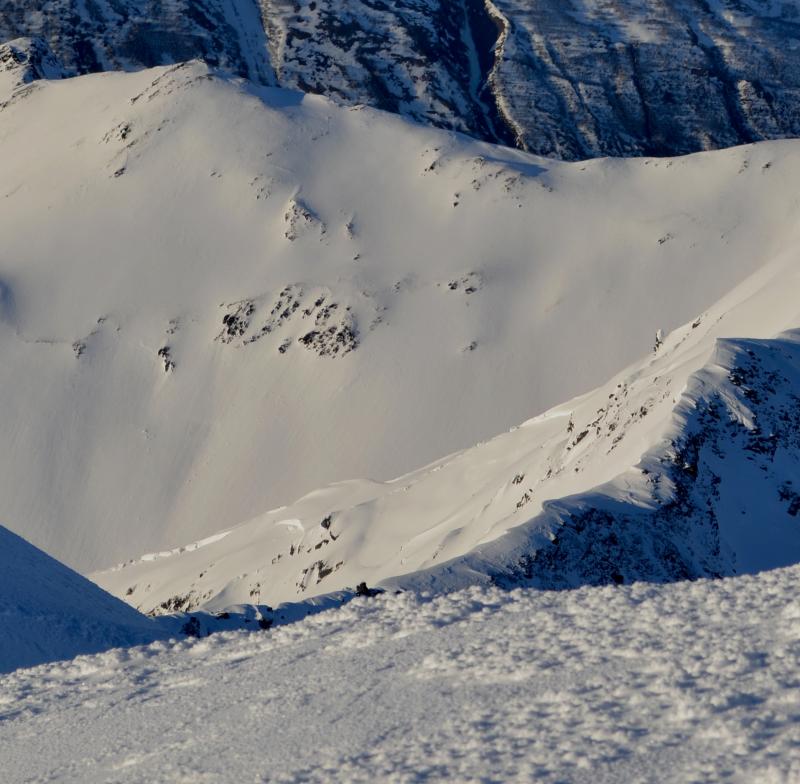 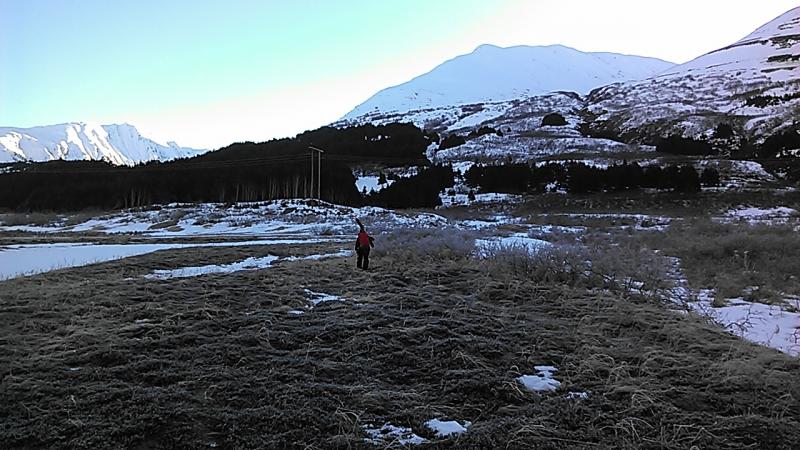 Conditions Near the Sunburst Parking Area 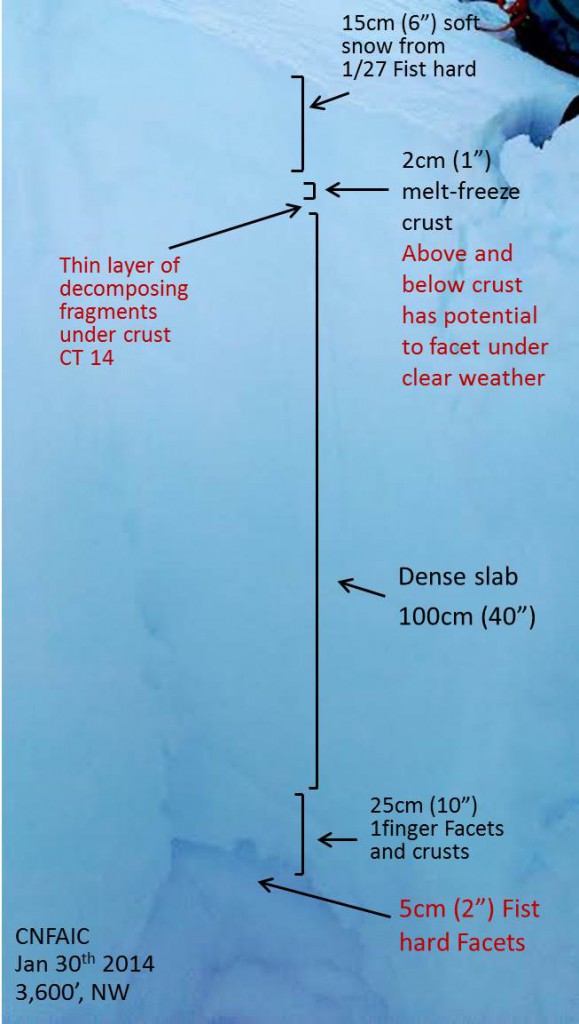 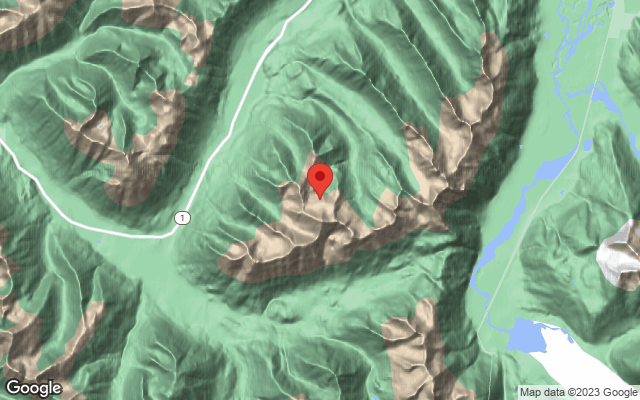