On the morning of March 31st we did a short tour from the Magnum parking lot to the top of Basketball via Taylor Creek. We skinned up Basketball run then retraced our tracks back to the car.

We dug a pit at approximately 3,300 feet on a north aspect with a slope of 35 degrees. This pit was on the north side of the Magnum Ridge. The test location was selected to closely mimic the conditions of Basketball Run including similar potential cross loading. A 1 meter deep extended column test was performed, which extended through the storm snow. The depth of the test was selected to focus on the storm snow and its interface with the bed surface. After reaching an ECTP30 without failure, I banged on the column until I got bored.

Skinning up Basketball, pole probing, hand pits, and jumping on switchbacks were used for further investigation. The snow surface stayed soft to the top, but was of variable depth as low as 15 cm, presumably this was due to avalanches that ran during the storm. On the last switchback below the top, jumping producing a small wind slab failure on the bed surface which was 30 cm down. No other signs of instability such as cracking, whompfing, or hollow snow were observed on the skintrack. Nothing moved at the location of the top failure on the descent, but the slope angle is quite low right there. Some sloughing occurred on the descent. 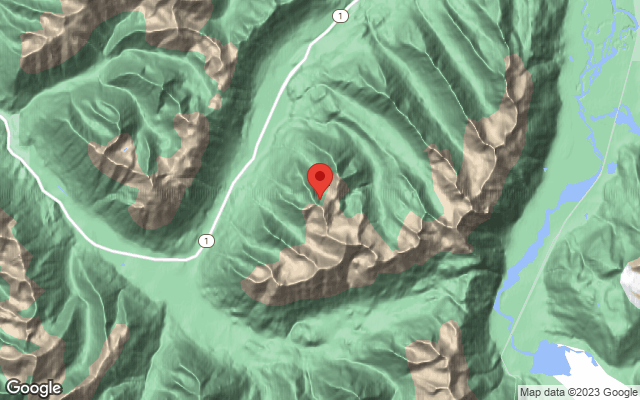