Low expectations tour up to Taylor Pass from the Sunburst parking lot to see the sights. Followed the valley uphill along the west (Magnum) side of the creek until near the pass, then crossed over the bottom to connect with a skin track set by two skiers 45 mins ahead of us. At the pass, climbed another ~300 vertical feet up the shoulder towards Sunburst ridge before descending a west aspect, 25-30 degree slope to the valley bottom and traversing out along the east (Sunburst) side of the creek. Weather was deteriorating and light was becoming very flat as we transitioned off skins.

Saw a few small debris piles covered with some new snow (estimating the avalanches occurred early this week 1/1 - 1/2) near the head of the valley on the Sunburst side, WSW aspect.

Skies: Valley fog up to 2000' at 12:00p. Clearing skies from 12:00 - 2:00p. When we reached Taylor Pass approx. 2:00p, skies were clear over us and west to Seattle Ridge, but Pastoral Peak, Tincan Peak, and Kickstep Mountain were all obscured in clouds. Skies became overcast as we hung out at the pass and skied out.
Temps: mid-upper 20s F.
Winds: Calm throughout our skin up the valley, light at the pass itself.
Precip: None.

5-8cm of new snow. Below the new snow was a crust. This crust was more pronounced and hard below 2400', becoming softer and softer above 2400'. Wind effects in the new snow were isolated to within a few hundred feet of the ridge on the leeward (northwest) side of Taylor Pass. Wind scoured down to the moss and rocks at the pass itself. 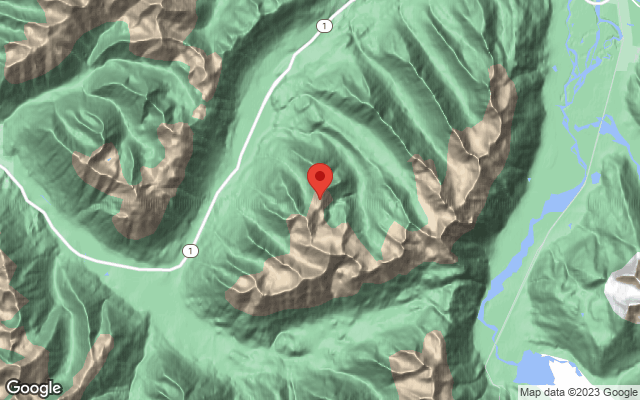