Ascended Taylor Creek to 2500′. Due to multiple nights of above freezing temperatures in the mid elevation zone, our objective was to monitor surface conditions with elevation. We found very moist unsupportable snow below 2000′.

There are many new glide avalanche throughout Turnagain Pass that occurred within the last 24 hours. One glide released while we were touring in Taylor Creek. It was out of our view when it released, and visibility was obscured when it occurred. Another party reported it sounding like a jet flying overhead.

*In general the snow conditions below 1800' are becoming isothermal and the snow has been significantly losing its strength. There is potential on steep slopes below 1800' to triggered wet loose avalanches that could be very difficult to escape. The only thing that will help the stability at this elevation is freezing temps to help create a supportable crust. Monitor the surface conditions for unsupportable snow and avoid steep terrain if you posthole up to your thigh, or your skis or snow machine are sinking deep into the wet snow.

Dug a pit at 2500' on NNE aspect in Taylor Creek: Top 10cm moist melt/freeze crust on ~20cm of moist melt forms. Snow below was this was moist rounds. See photo

Yesterday dug at 3000' on NNE aspect on Sunburst: Top 5cm is m/f crust on mostly dry snow below. Found a 3cm m/f crust ~20cm below the surface. See photo 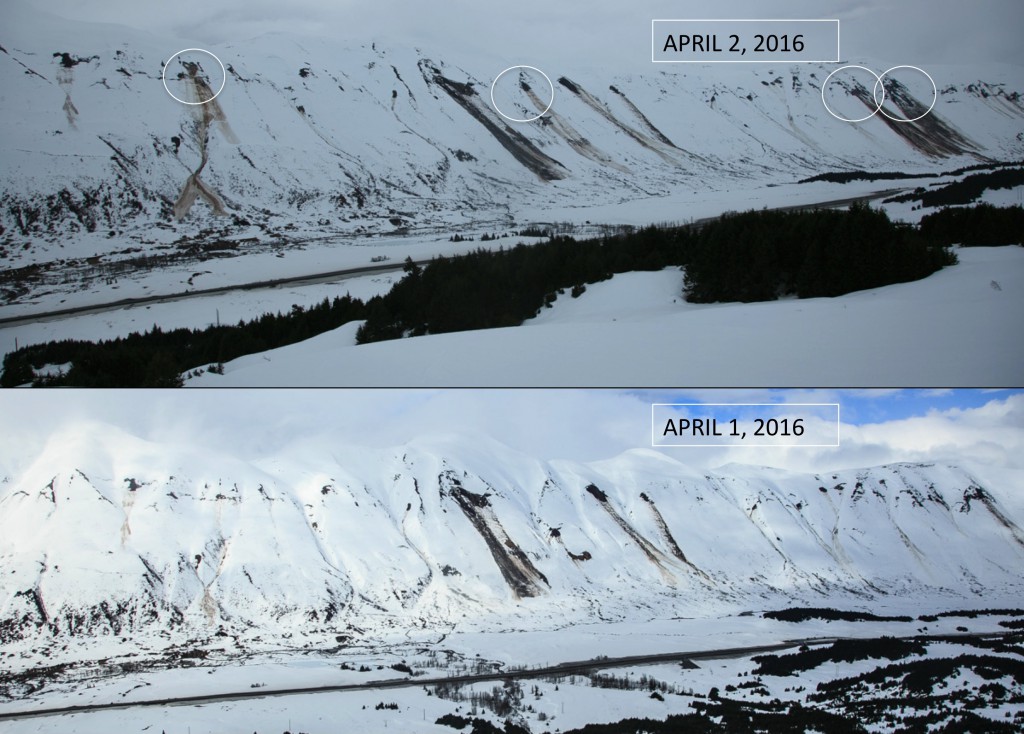 Glide avalanche occurred sometime mid day, but we did not witness it. 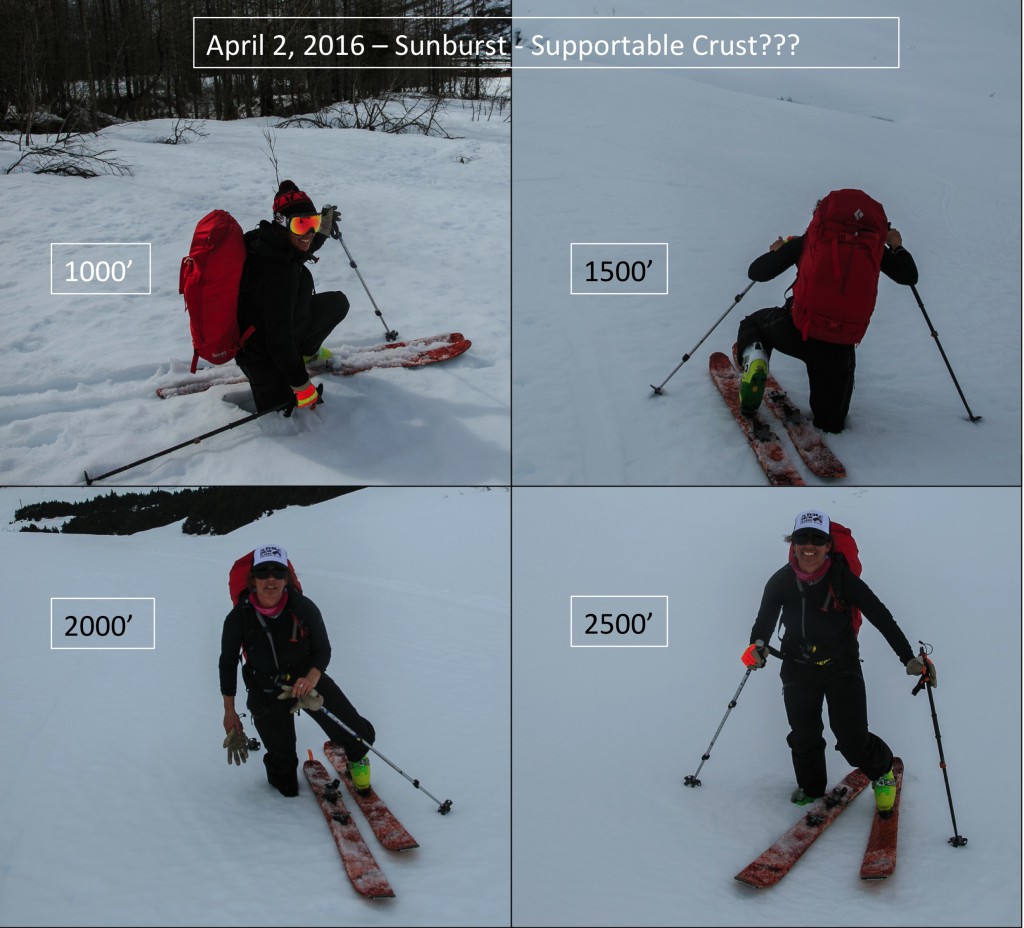 Boot penetration from 1000' - 2500'. Due to many nights of above freezing temperatures the snow has remained insupportable below 2000' 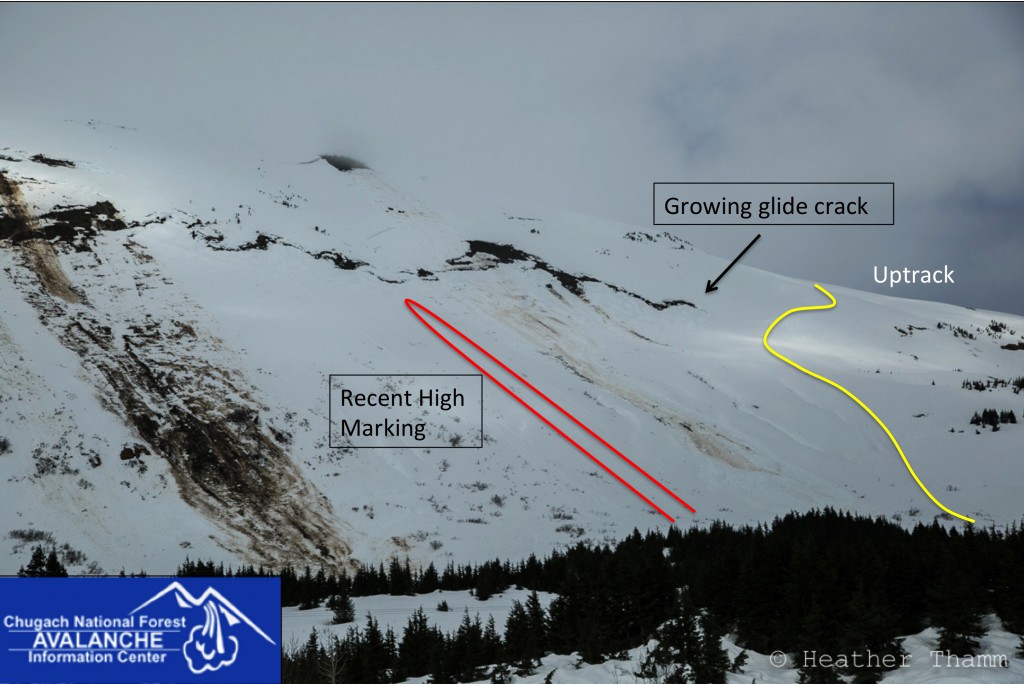 Observed recent high making tracks below a very large glide near the up track on Seattle Ridge. This glide has been growing daily and has the potential to run across the up track. 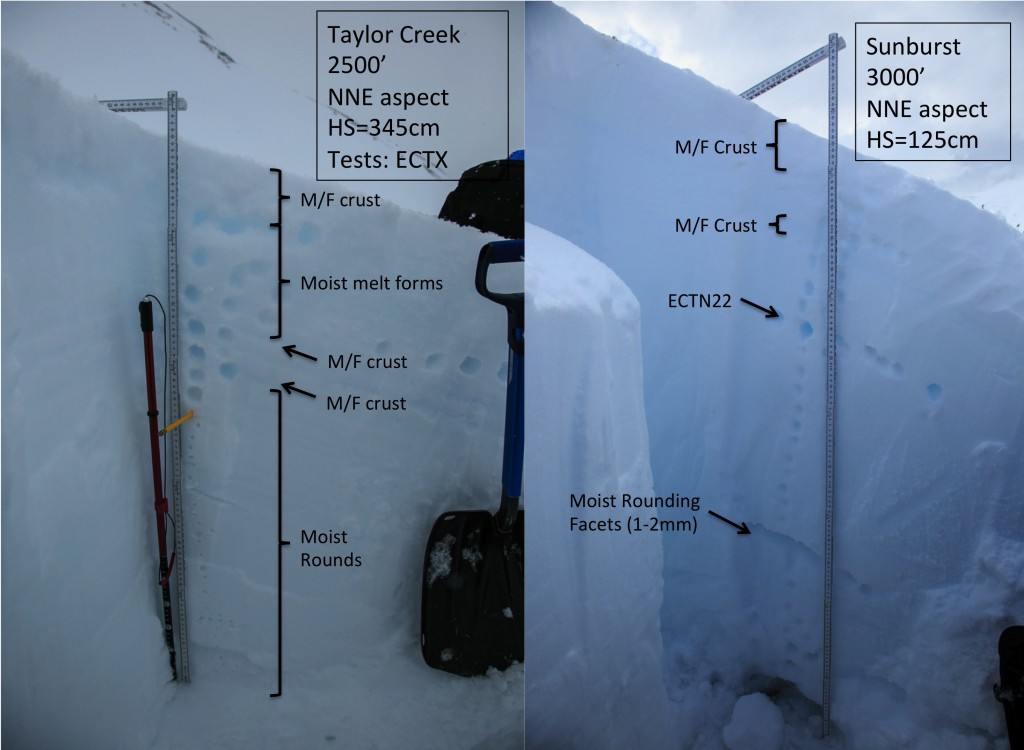 Snow pits on Taylor Creek and Sunburst over the last two days. 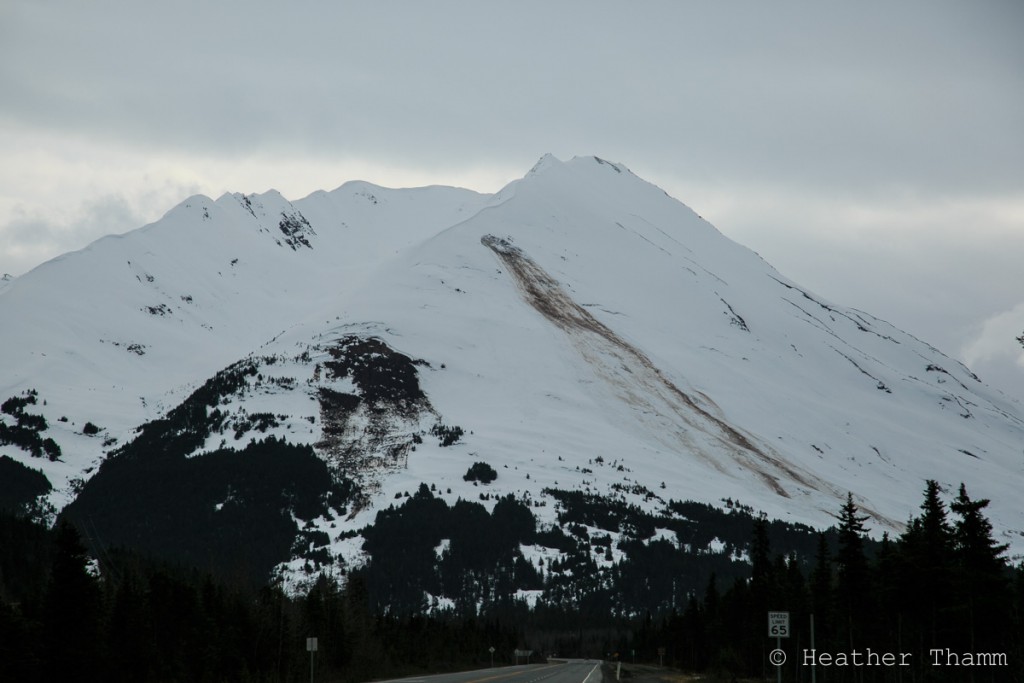 Pete's South had another glide release within the last day. 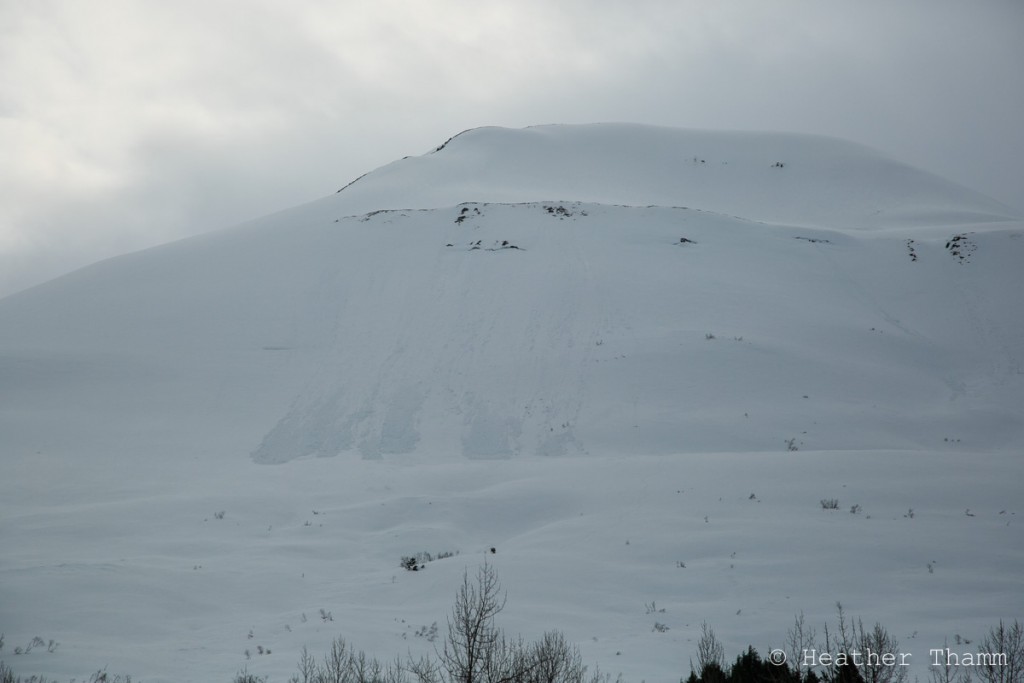 Glides starting to open up on Magnum's West face 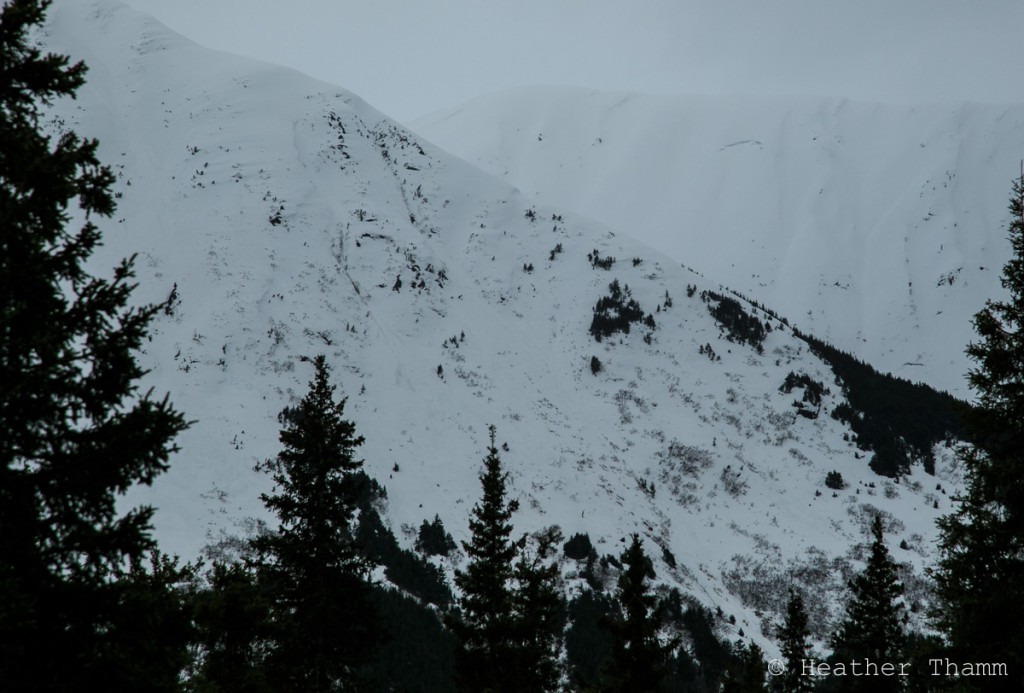 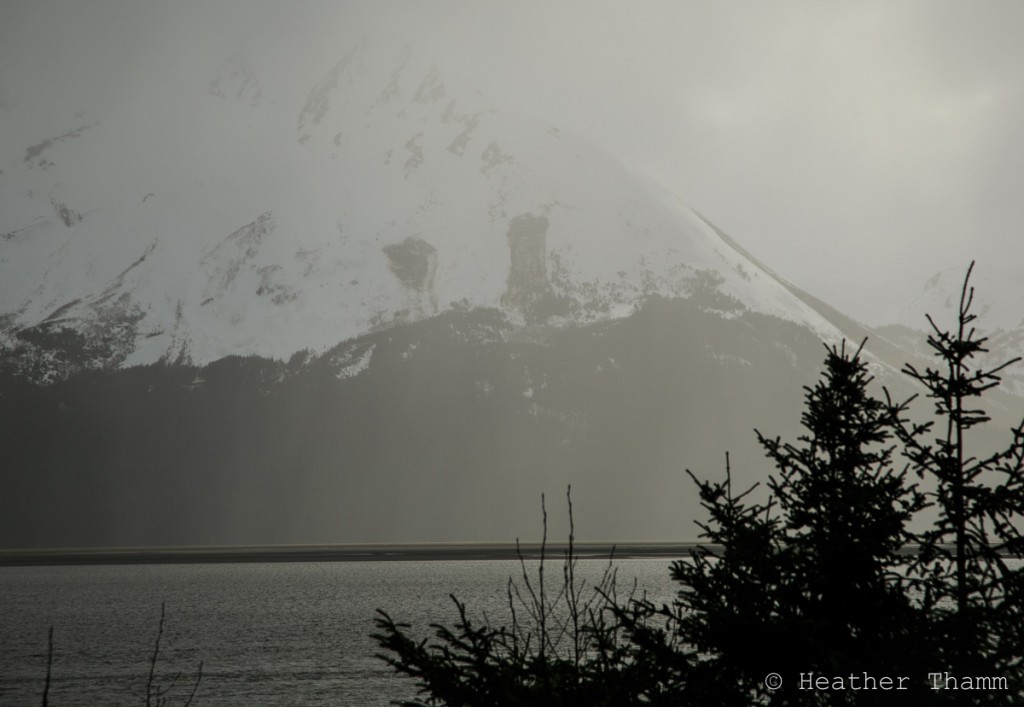 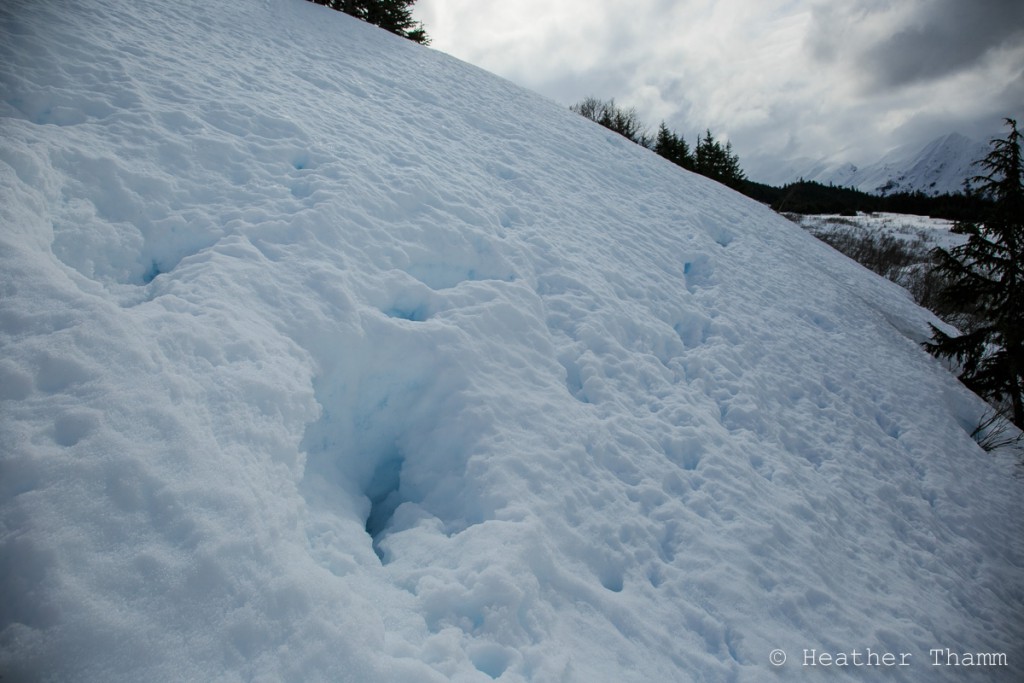 Lots of holes are opening up below 1500', especially where alders are covered up below. 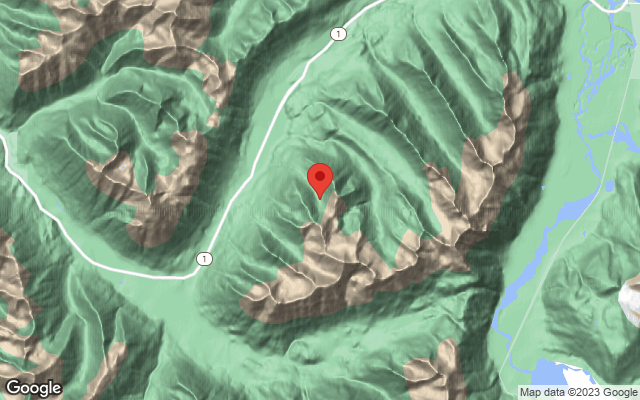