A few laps in Swiss/French bowls, on north, east, and west aspects

Skier triggered loose snow avalanches observed across valley on Harp - see photo below - likely in the last few days. Otherwise, nothing looked new in the past week... One instance of cracking on a wind loaded west aspect near ridgeline - cracks were in a slab only a few inches thick and travelled ~5 feet

Clear, light winds above 2500' occasionally gusting moderate generally from the Northeast, but occasionally from the east or west, likely due to terrain channeling. -4f at the car, rising to the single digits at ridgeline.

What a difference the past week has made, with the occasional moderate winds & strong gusts according to the Arctic Valley weather station. While winds that were capable of snow transport generally came from the North to Northwest at that station, pockets of a breakable thin (<1") wind crust were found occasionally on all aspects above 2500', likely due to the terrain channeling. We also found a run from ridgeline to the valley bottom without any sign of wind affect on a north aspect (!?!)... again here we suspect, and thank, the terrain for mixing things up.

The 18" of soft snow from the Veterans Day storm has settled to 12" in wind sheltered locations. The greatest sign of wind affect was on north to west aspects of a ridge that defines one edge of french bowl running down towards ship creek, where tracks from last Saturday were largely filled in above 2500' and raised near the ridgeline. The surface in this area had a 1-3" thick breakable wind affected snow, sitting on 1-6" of soft snow from the veterans day storm. As reported last weekend, this structure sits on a crust/facet/stout crust combo that existed prior to that storm.

No formal stability tests, but hand pits showed that the Veterans Day storm - wind affected surface layer aside - is still not acting like a slab. 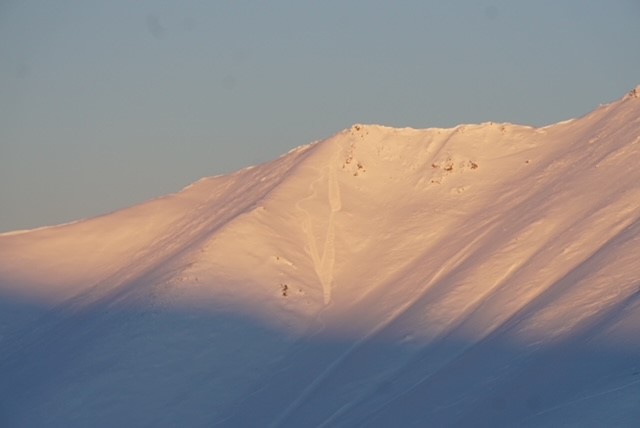 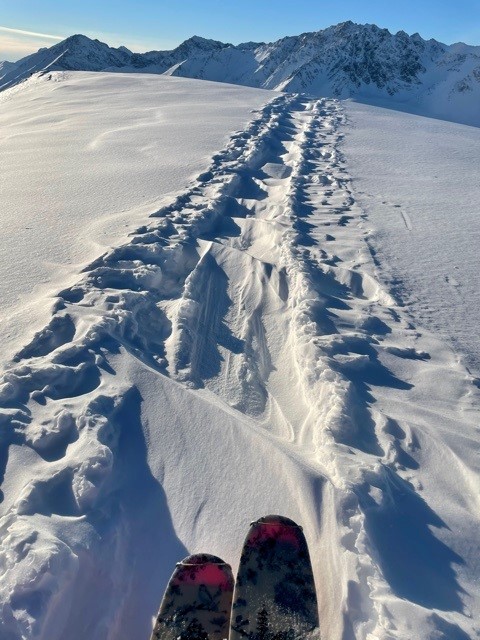 Wind affect at ridgeline, partly filling in tracks we made from last weekend and leaving a thin breakable crust on the soft snow surface 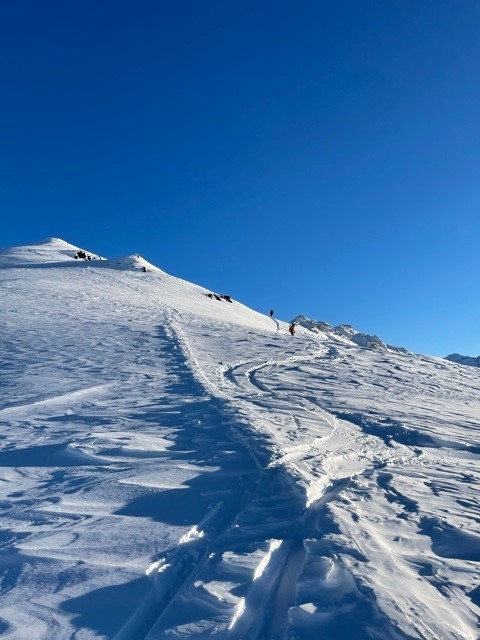 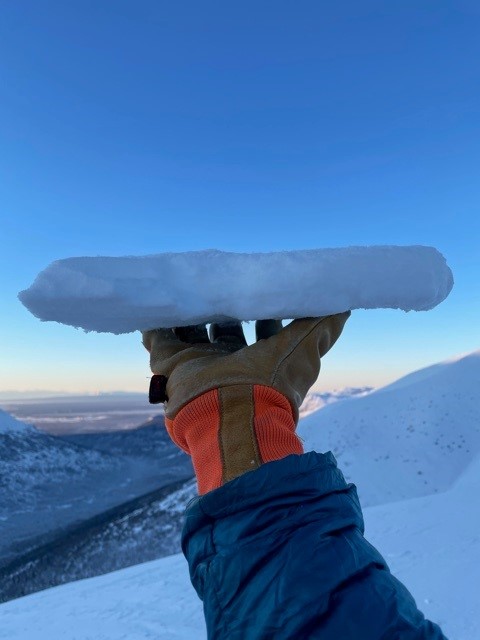 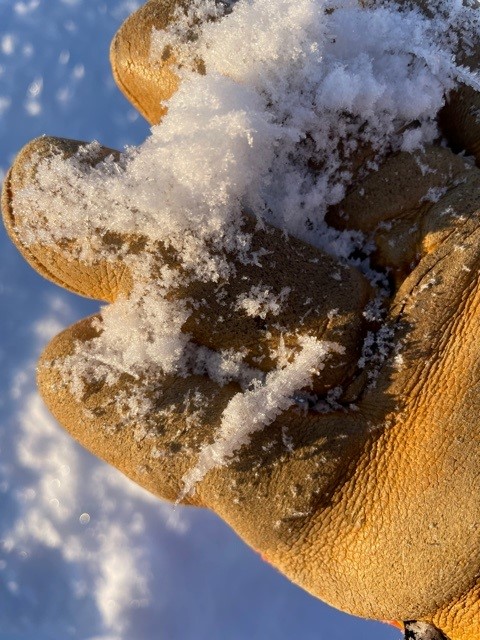 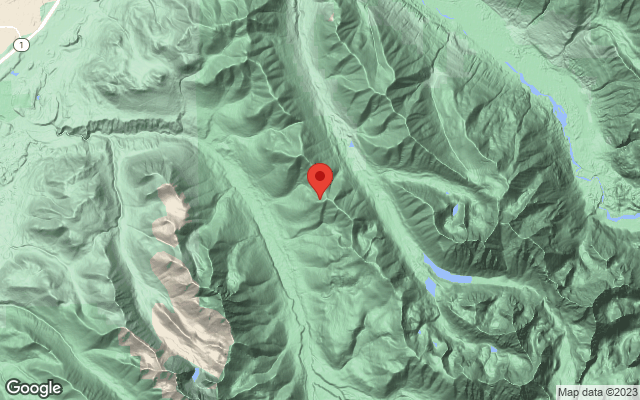