There was about 12 sets of tracks in the bowl from Saturday. There where a few signs of sluffing,
but no major indications of an underlying weakness in the north aspect. It was noticed that the top 12
inches of snow was not bonding to underlying crust, but was assumed to be the cause of the
sluffing that had been observed.

First two skiers of the group ski the slope with out incident. The third skier entered the bowl, 2 to 3 turns past the convex roll, the snow fractured around the skier. The slab then propagated across
the majority of the bowl. The skier caught in the slide was able to self arrest 200 feet down the slope.

Two additional individuals from a separate group where standing in low lying shelf at the bottom of
bowl, when the avalanche occurred. They where partially buried, no injuries occurred, one set of ski
poles where lost in the debris. 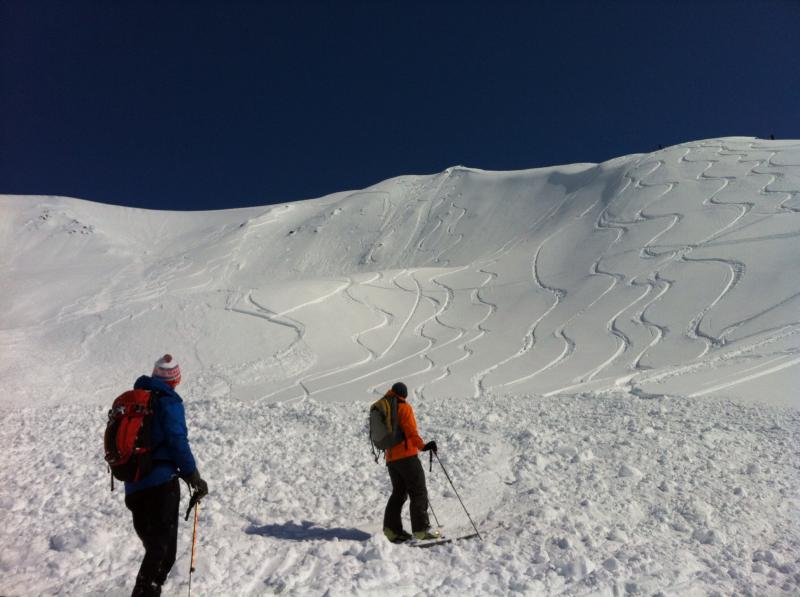 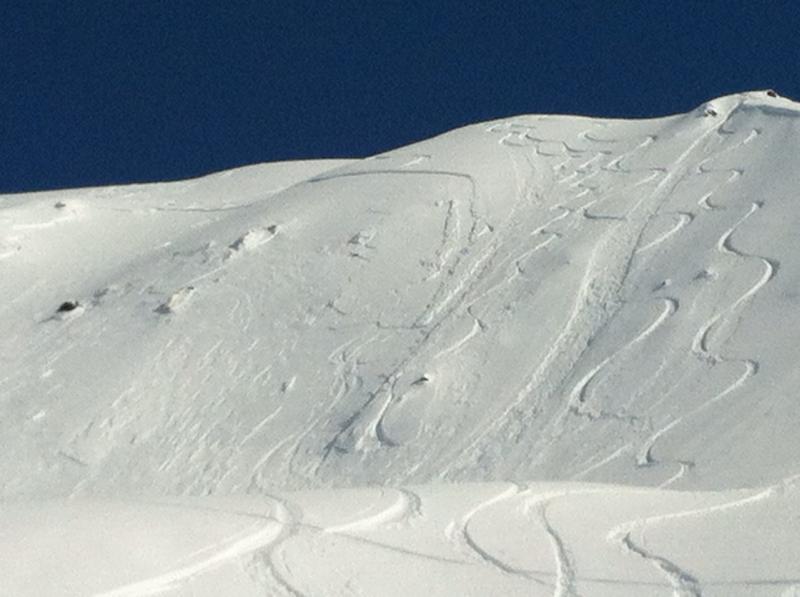 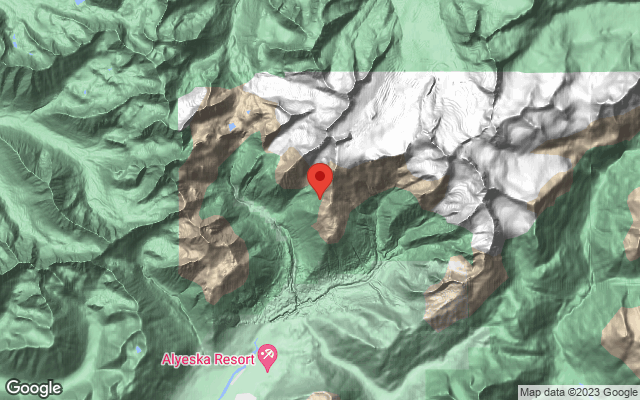