Crown profile (from lower pocket at 3,300′ that pulled out on rollover, see photos):
Weak layer was a 1cm thin layer of near surface facets (very small surface hoar
was intermixed but not standing up or the main grain type). Slab was the settled
storm snow from April 6-8. It was around 14inches deep and 1finger on the bottom
gradually weakening to fist at the top. The bed surface was a 2cm sun crust
believed to have formed during the first week of April’s dry spell.

*It is believed that the structure under the wind slab above was similar- facets above
a crust.

Comments:
There have gratefully been many people who have wrote in about this avalanche.
It seems there may have been some unsafe travel practices. Whether this is true
or not it brings up the importance of always traveling one at a time and backcounty
etiquette when multiple groups are playing in the same avalanche zone. Luckily,
all are ok and only a bit of gear was lost. 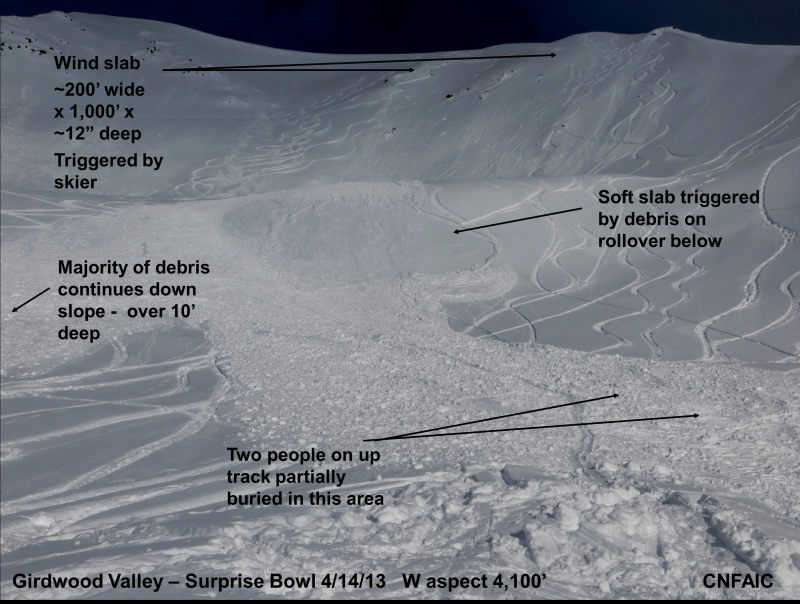 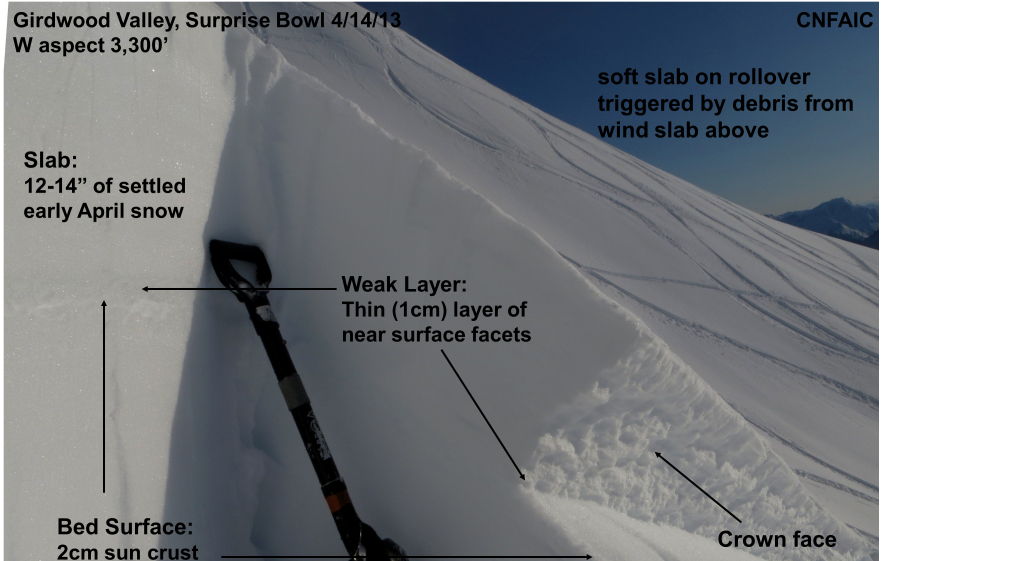 Crown profile on the lower bench. 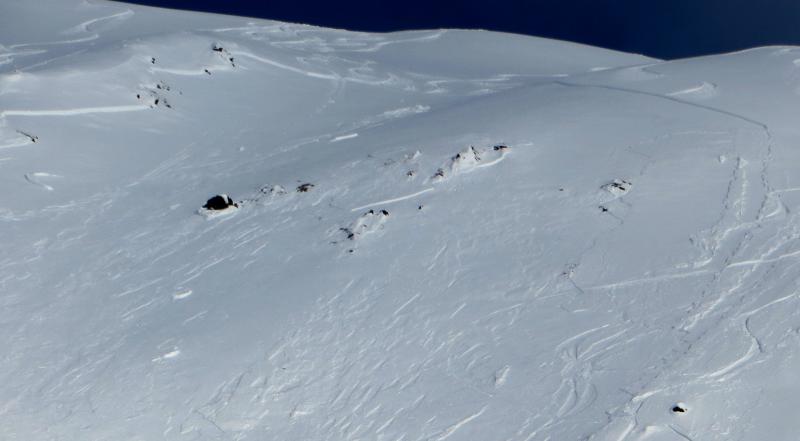 Close up of the wind slab 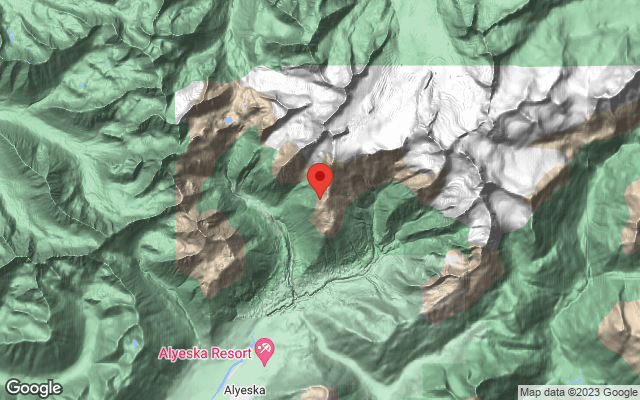