Glide Avalanches/Cracks- No evidence of recent glide avalanches observed, but some recent glide
movement noted in picture below.

Pit at 3750* – the surface snow had 1″ of low density skin (slight wind affect) with 4 finger hard snow
below it. In other places along the skin track at this elevation the surface snow was looser and snow crystal
formations from Jan. 24 were still intact and present on the surface.

Snow Below the Surface:
The dense melt/free crust could be felt under 4-6″ of low density snow until about 2800′. In a pit dug at
3750′ about 150′ below the ridge on WNW aspect the height of snow was 225cm. The first meter of snow
was composed mostly of very uniform rounded snow with no visible layer changes. The snow density
transitioned from 4Finger hard to 1Finger hard at 15cm below the surface. This was the weakest interface,
but showed moderate to high strength (ECTN20) with no propagation potential. The snow gradually
became denser (Pencil Hard) near 70cm below the surface. This pit was dug in a deposition zone of a
leeward aspect. 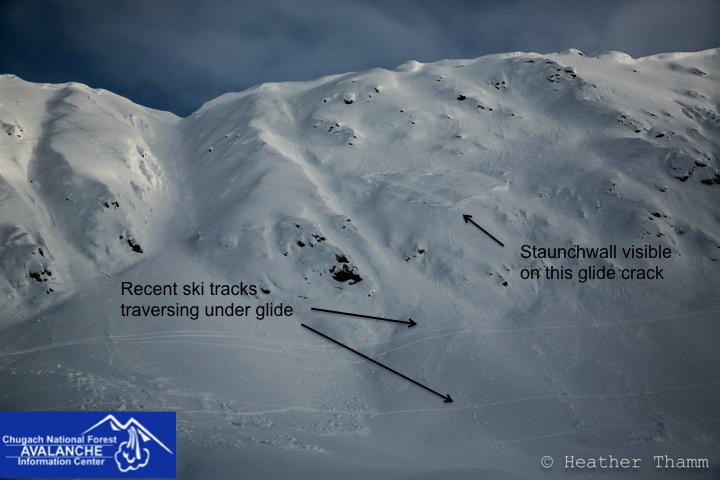 View of a glide crack on Magnum's South face. Note the visible staunchwall present as it slowly creeps downhill and pulls away from the bed surface below. 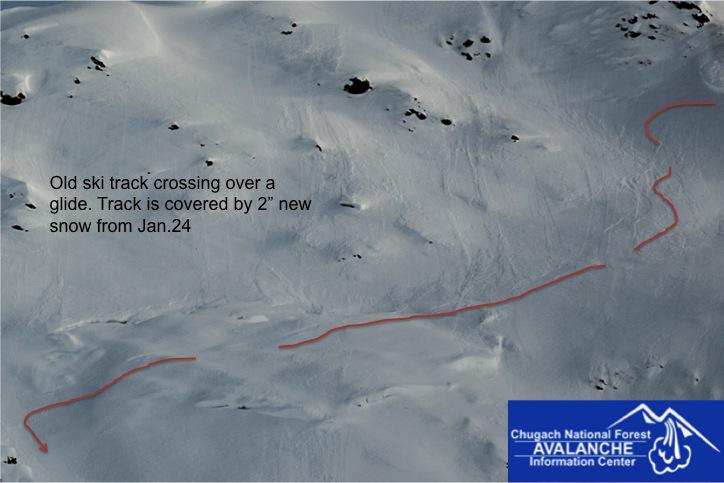 Close up of the same glide crack on Magnum's South face. An older ski track from before Jan.24 new snow crosses over this glide. 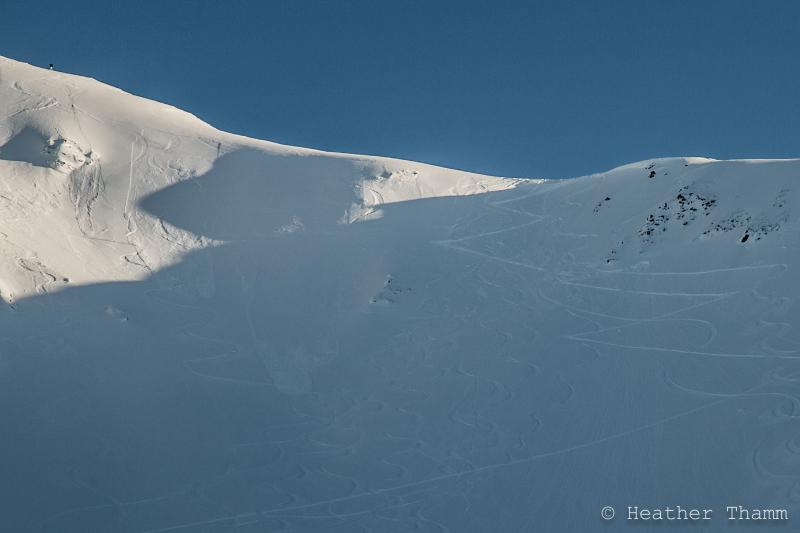 Loose snow "sluffing" on very steep terrain. This very low consequence natural activity and was most likely from Jan.25 just after 2" of new snow fell. 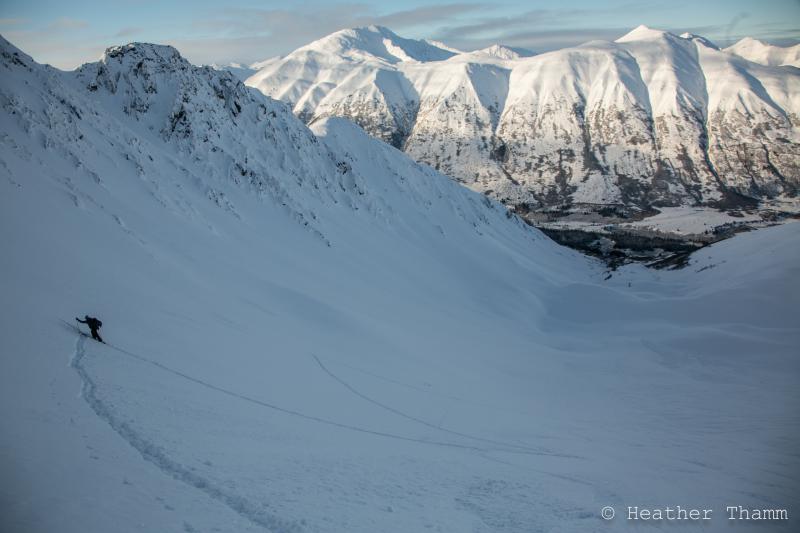 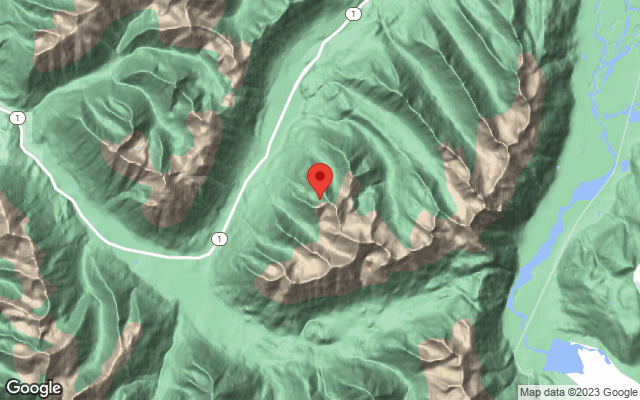