Location: Sunnyside of 4068 above Frostbite

Toured up from the Skeetawk parking lot to Frostbite and then up towards 4068, keeping things at 30 deg or less. Saw a couple of recent natural small slab avalanches on convex rollovers approx >35 deg that looked to have failed on either storm snow or NSFs above the drizzle crust. Several significant whumpfs occurred on our tour which seemed to propagate a large distance. No cracking observed.

Dug a pit on a SE aspect at 3063ft elevation at a slope angle of 28 deg. Results below.

Isolated a column for ECT and it popped out (Q1) when we cut out the back on the depth hoar (ECTV). We checked to make sure we didnt undercut it and we hadnt. This was disturbing so we did another ECT (see video with apologies for the sound quality!). This time we got ECTP (Q1) on the facets/drizzle crust combo 40 cm down. ECTX for the depth hoar layer.

With all the above in mind, chose to keep things at <30 deg and got some really nice mellow POW laps in before calling it a day. 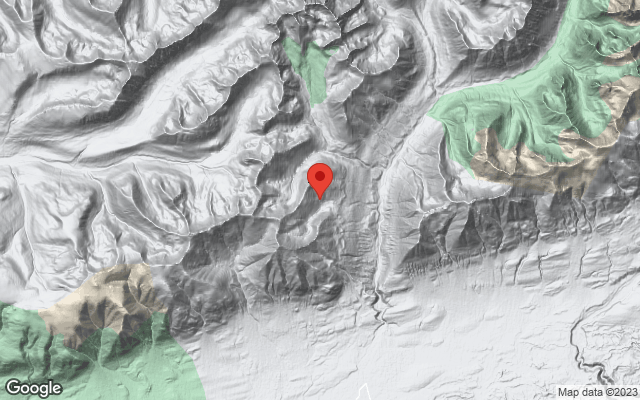