Numerous D1 R1 natural loose snow avalanches on a variety of aspects from the past 24 hours, ~2000-3000' in elevation, which looked to have generally run within new snow from 11/22 - 11/23. On a steep north aspect in main bowl, a few of these triggered some cracking... but without much propagation (see below). In this area of main bowl, most debris piles were covered by a few inches of snow, but a few were post storm. As pictured below, one slightly larger (~D1.5/R1) debris pile may have been the result of a slab on a west aspect below the Seattle Ridge weather station... but we couldn't get eyes on the start zone.

Some light skier triggered sluffing today on sunnyside. While ski tracks occasionally scraped the new snow down to the crust layer, these sluffs appeared to generally run within the storm snow, and not down to the crust.

One outlier to this small loose activity was seen across the arm to the northwest of Girdwood, where a large slab was observed back on the far skyline (see photo below).

Avalanche activity as reported above.

Moderate wind transport midday on high peaks back by Pastoral, Magnum/Taylor Pass, and Tincan Peak, with some transport well into the bowls below these mountains.

Temps around 20, light NE wind at ridgeline occasionally gusting moderate.
Few clouds in the AM, transitioning to broken skies with some low clouds by mid afternoon.

~1' of new snow from 11/22-11/23, with the north end of the pass appearing to be the winner. 26cm of new snow at both the Eddies and Sunnyside parking lots, with just 12cm of new snow at the Sunburst lot. Impressive surface hoar - 4-6mm - grew on a very delicate crust below 1500', with smaller but still substantial surface hoar observed all the way up to ridgeline, ranging from 1-4mm.

Along the route, 30-40cm of new snow in areas above 1500' that were wind protected, with some wind effect at ridgeline reducing new snow over the crust to ~10cm. We didn't encounter any location where winds scoured the new snow down to the crust.

Generally, the new snow/snow surface was dry today, even down at the parking lot level (1000'). The only exception was steep slopes directly facing the sun mid-morning, where just the surface snow was moist.

No formal pits/stability tests today, but overall it seemed like the new snow has bonded very well to the crust! 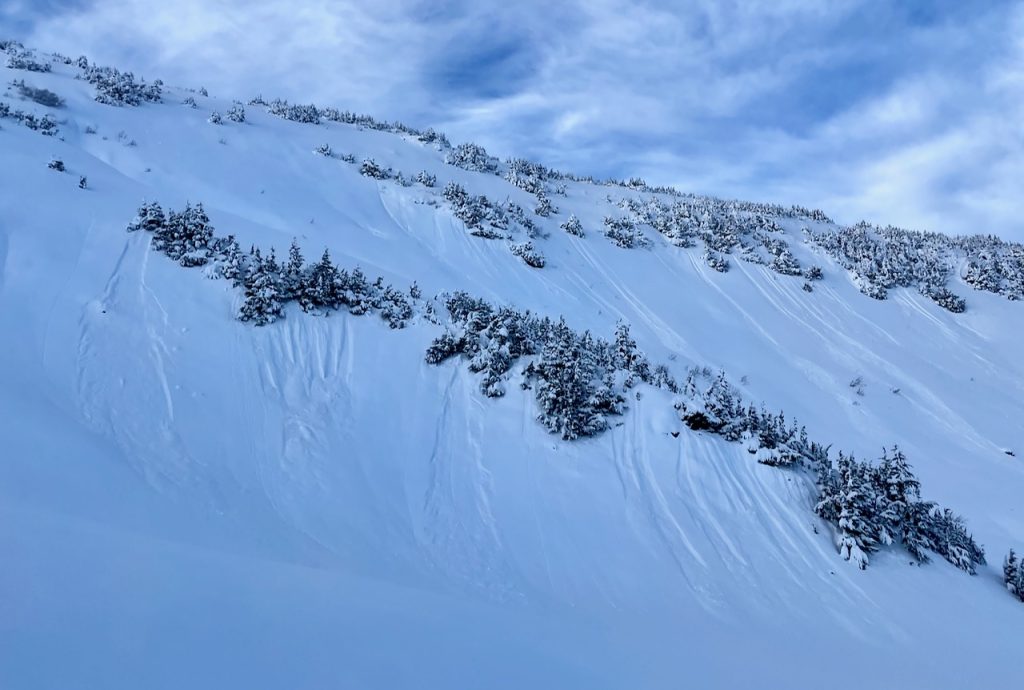 Loose snow avalanches in main bowl on a north aspect, 2500', that generally occurred during the tail end of this week's storm. Note some small cracks just below the start of some, with very limited propagation. 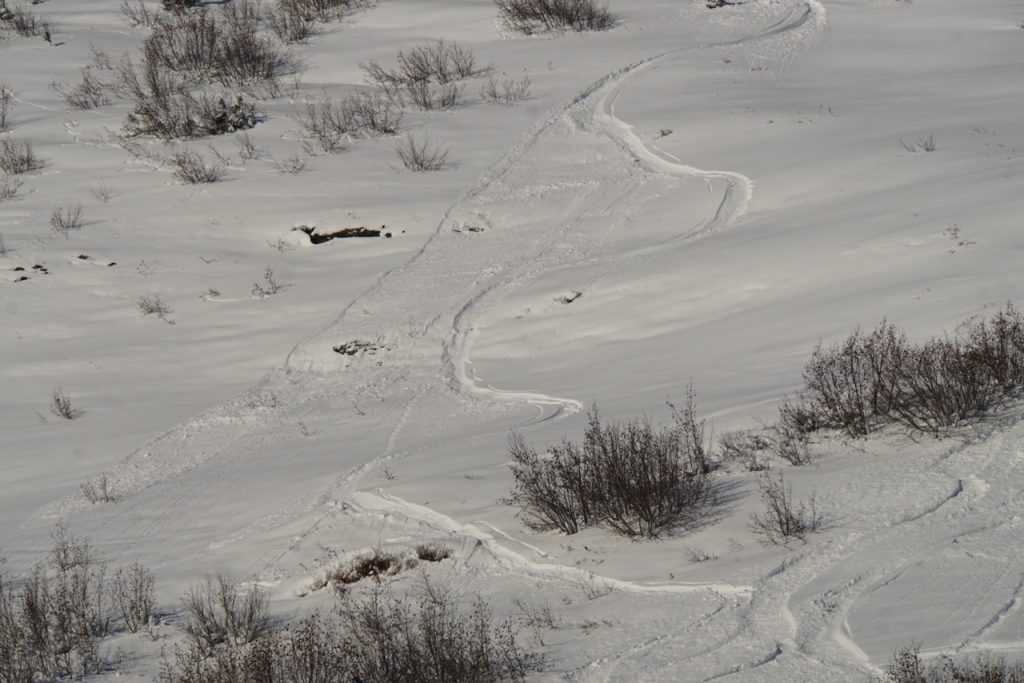 This was the largest skier triggered sluff we observed today on sunnyside, and upon closer inspection it ran within the new snow and not down to the crust! 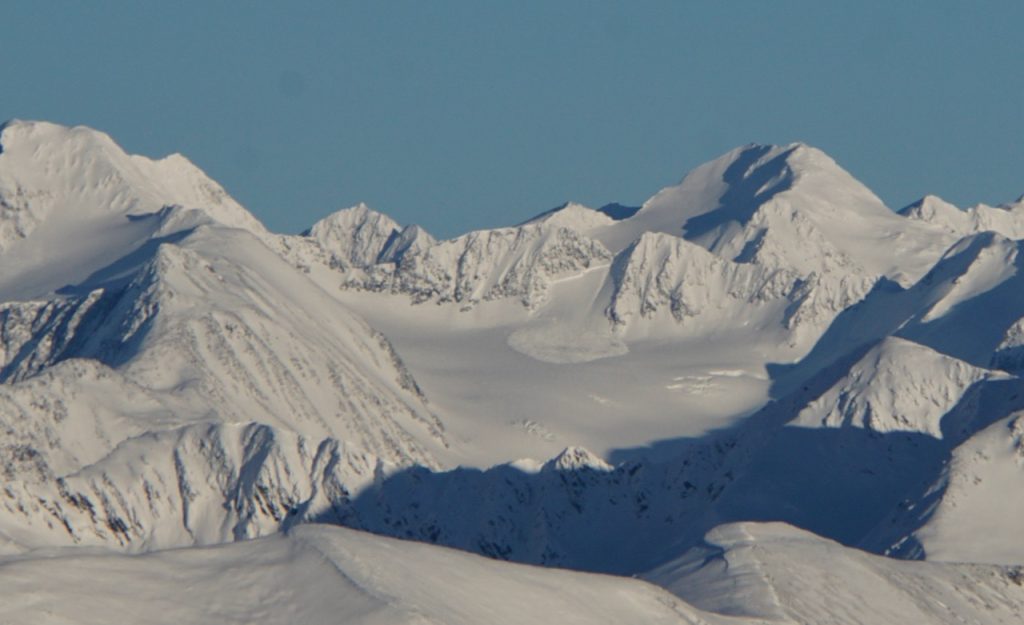 This large crown/recent avalanche was observed across the arm, on the far skyline above the Girdwood Valley. 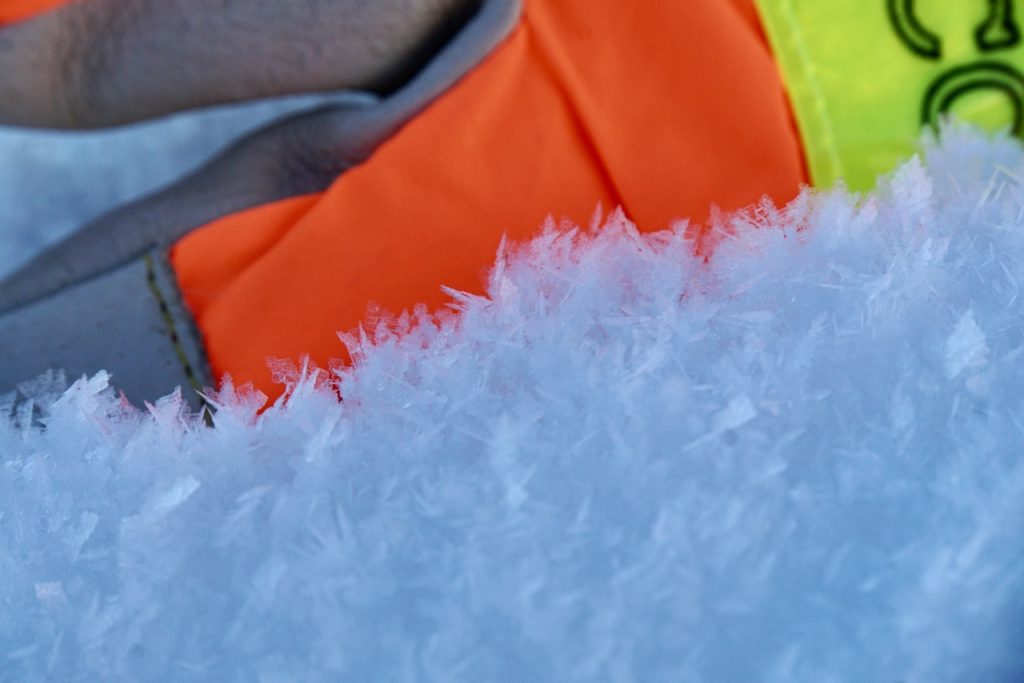 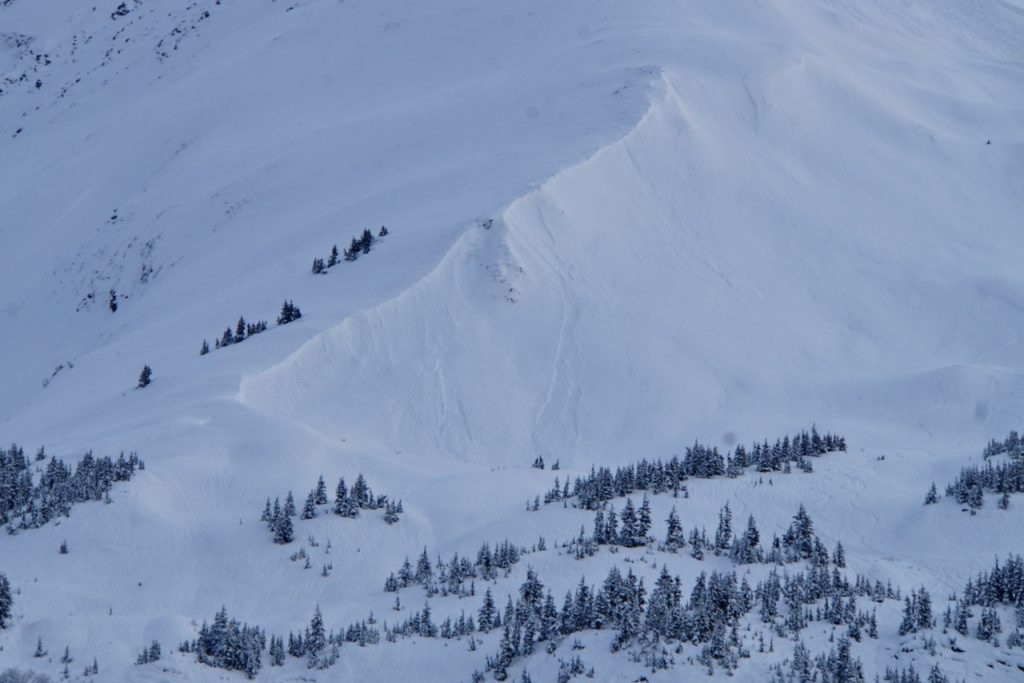 CFR had some small loose snow activity as well from the tail end/just after the storm. Similar small activity could be found on sunnyside. 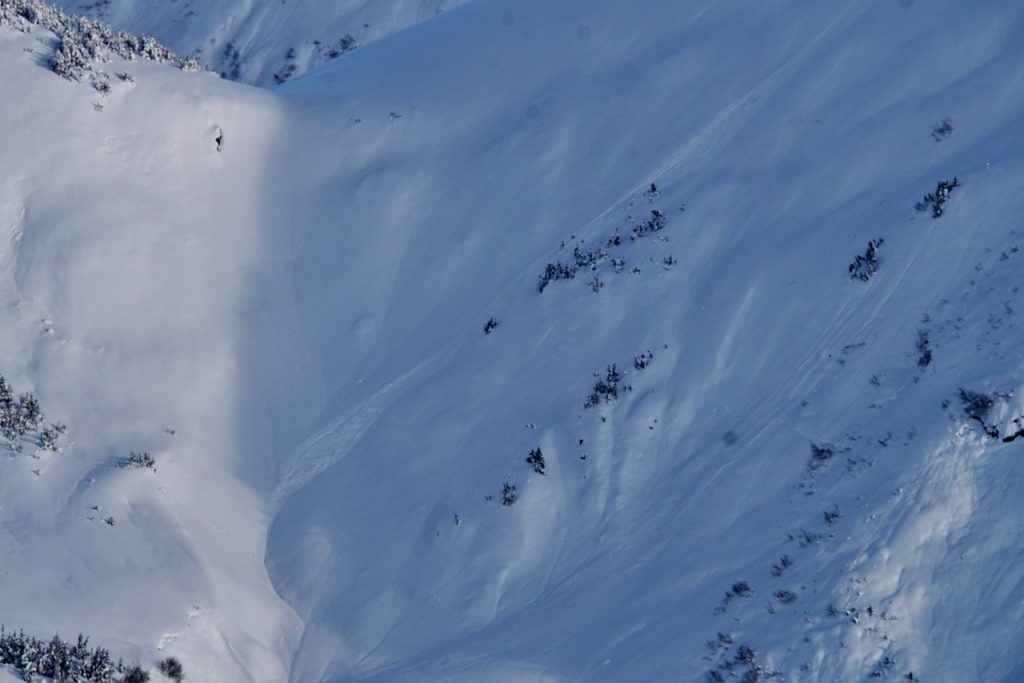 This debris pile, on a west aspect of main bowl below the weather station, looked slightly larger than the small loose activity, and could be a small wind slab or something else? We didn't get eyes on the start zone. 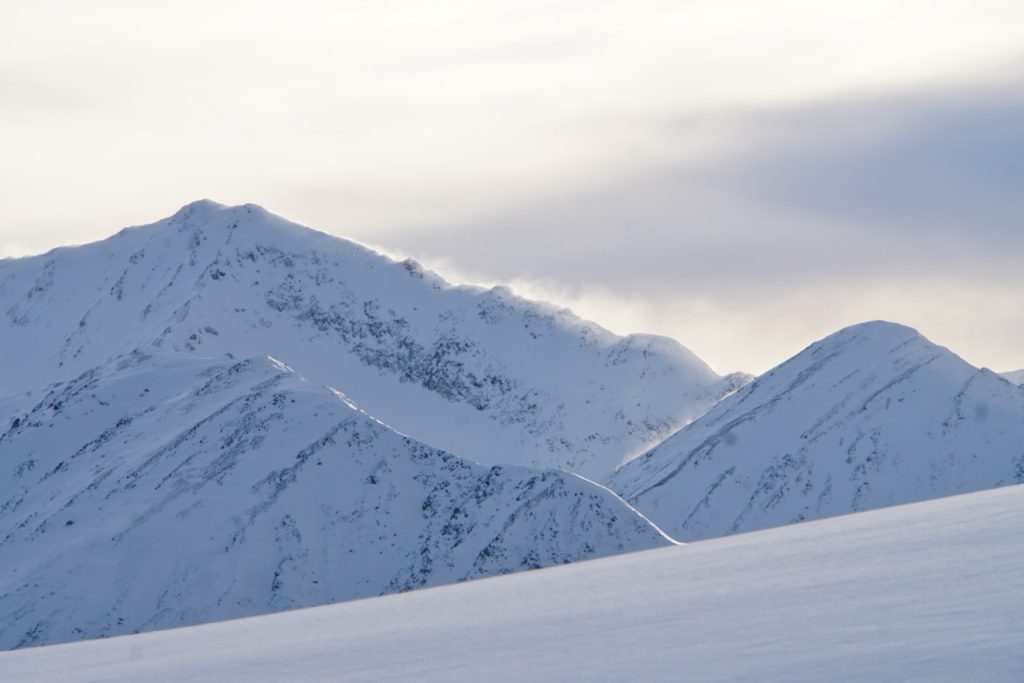 Moderate wind transport along the peaks of the non-motorized side mid-afternoon. 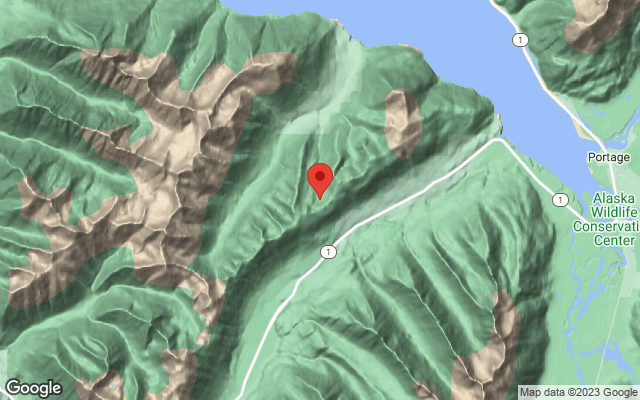