We toured up to Sunnyside with the idea of continuing to A1 Mountain, NE ridgetop winds convinced us to stick to the CPG area.

Several inches of new low density snow were reactive to ski cuts at convexities on steeper slopes in isolated areas in the Sunnyside/Notch bowl. The weak layer seemed to be the new/old snow interface near the surface. The area has plenty of terrain traps and tight gullies so we were traveling carefully.
On the topic of terrain traps, several ski tracks dropped into the Sunnyside creek gully and there were several large openings dropping five or six feet down to open water. Yikes!

We did not see any recent avalanches, hear whumpfing or see shooting cracks, however, on steep convexities the new snow readily gave way in isolated pockets at the new/old snow interface. We were wary of terrain traps and steep rollovers into steep unsupported slopes.

The wind was blowing 15G20 from the NE on the Sunnyside ridge but it was calm in the bowl.
Intermittent light snow in the morning and clearing skies in the afternoon. 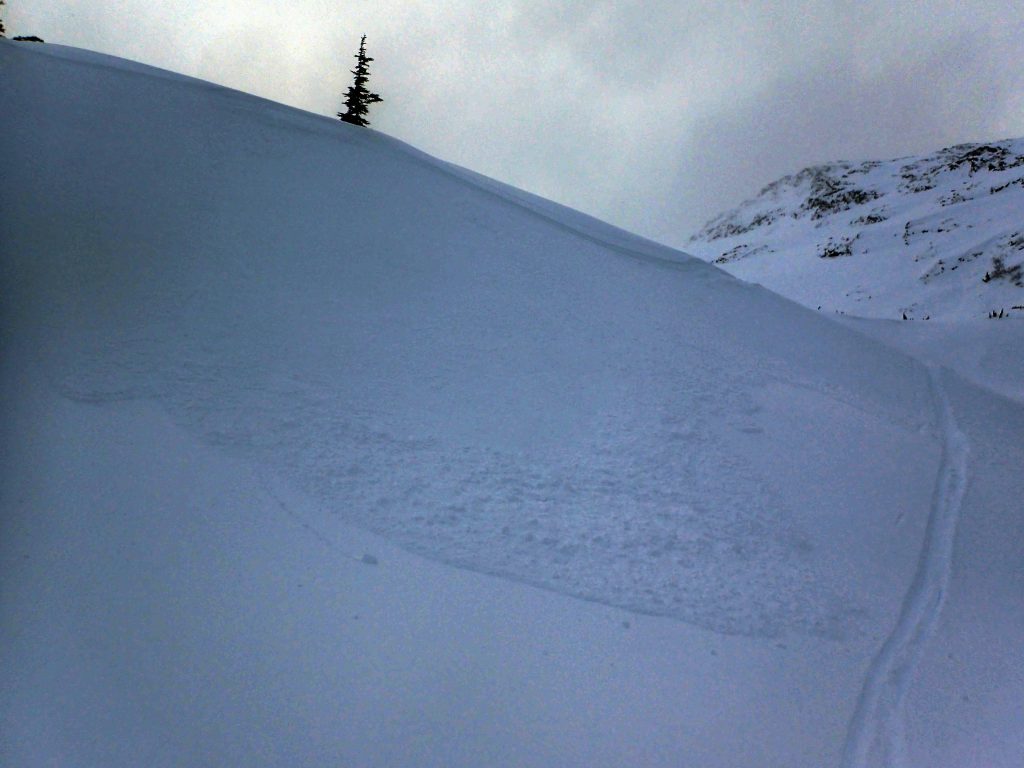 Several inches of new snow was reactive in isolated pockets in steeper terrain. 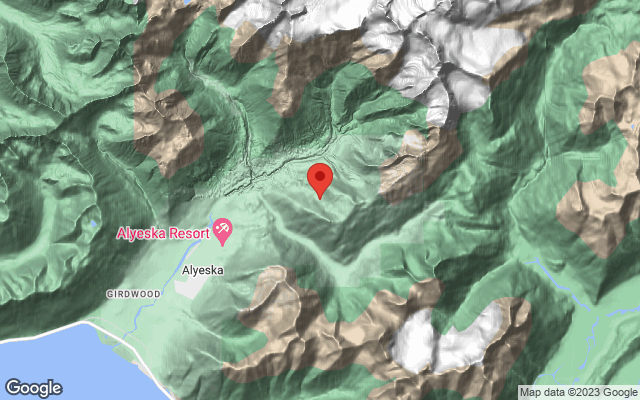