Looking for good, sunny turns, we encountered a markedly shallow and continental snowpack. Its spatial
variability and general feeling was a departure from previous observations on the non-motorized side of
the highway. No obvious signs of instability were observed, other than the occasional hollow sound. The
slabbiness of the snow on the crust was unnerving at times, but it multiple hand shears yielded
encouraging results. Having targeted shallow areas on the non motorized side to examine the deep slab
problem in various non motorized side areas (and found little to no results even when significant basal
facets were present), I had just about written off the Deep Slab problem for the season. After switching to
bootpacking higher on our tour, dramatic postholing revealed very weak basal facets. Test results from a
shallower pit (not worth a profile) showed stronger snow than the deeper location the attached profile is
from. The ECT literally attacked Caitlin. I guess I will not write off the deep slab problem just yet. 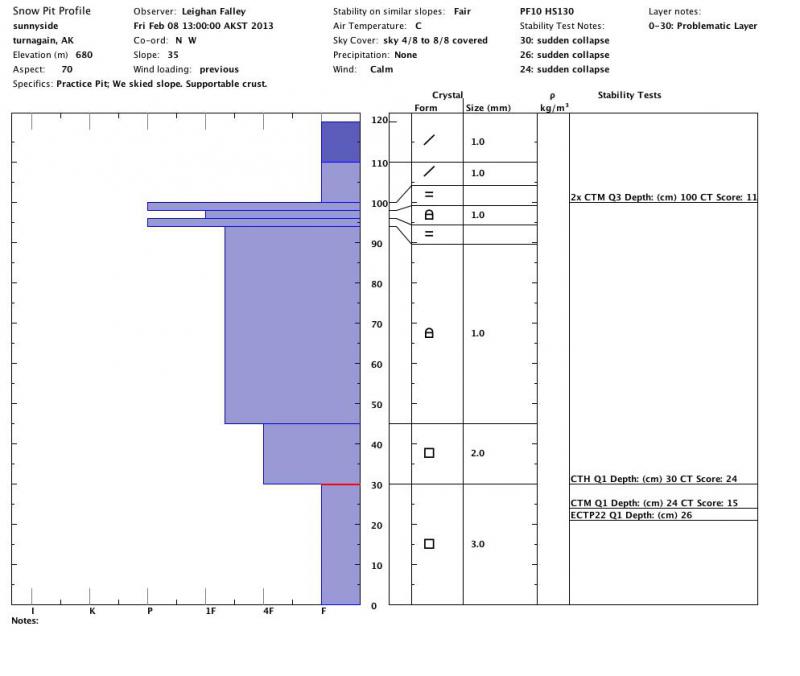 Snow Profile by Caitlin and Leighan 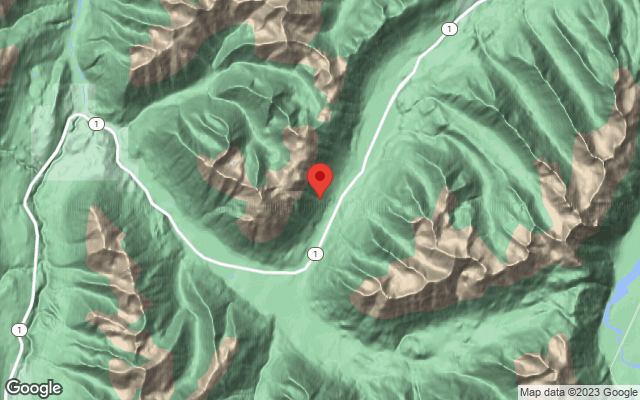