While skinning up, still only at around 1200′, an avalanche released from the
ridge above and funneled down an obvious gully. I’m not sure if it was a glide
crack that had filled in (we saw no frown prior to release) or if it was a slab
avalanche, but it ripped to the dirt. We were in a fairly safe spot, but it was
enough to send us running. In the following hour or so, we saw evidence of
several natural releases on Sunnyside, both slab and glide, as well as a couple
on the east side of the highway. Everything looked like it failed at the
scoured, thin areas near ridges. 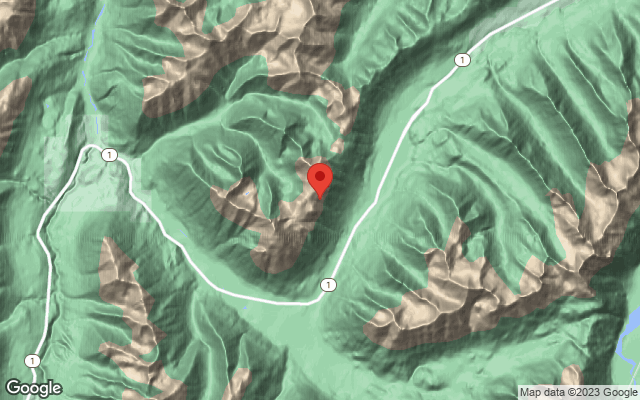