Route:
Sunny side snow machine uptrack, skinned from the parking lot however had to remove skis to cross
some open streams.

Weather:
Mostly clear skies and calm wind. Temperatures below freezing at the road and in the high teens to
20s at the ridge top.

Obvious signs of instability:
Recent avalanches (probably mid storm) on NE side of main bowl off of common snow machine
uptrack. No collapses or cracking.

Snowpack:
Dry surface snow with variable depth at different elevations. Melt freeze at base of snowpack very
solidly frozen by the afternoon. Highly variable total depth and depth to persistent weak layer above
2500′. Surface hoar forming on snow surface throughout the day, about 3mm by 3pm. 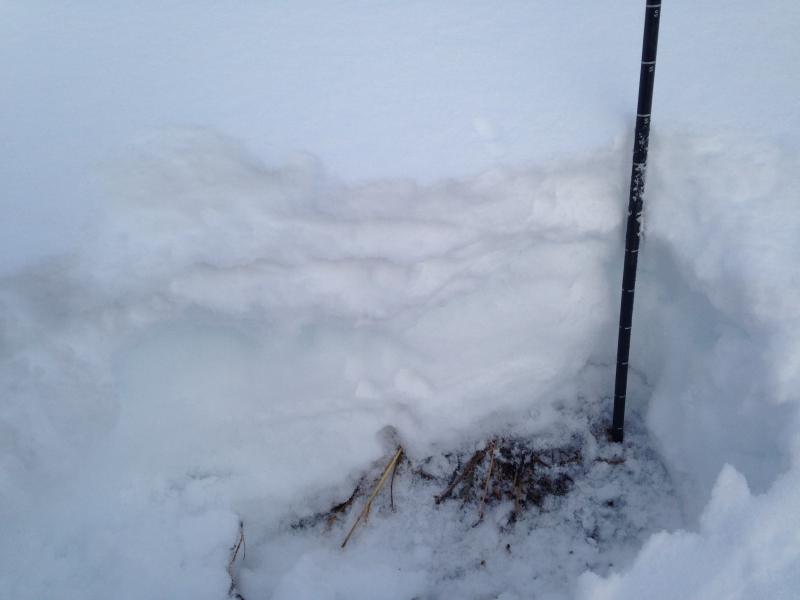 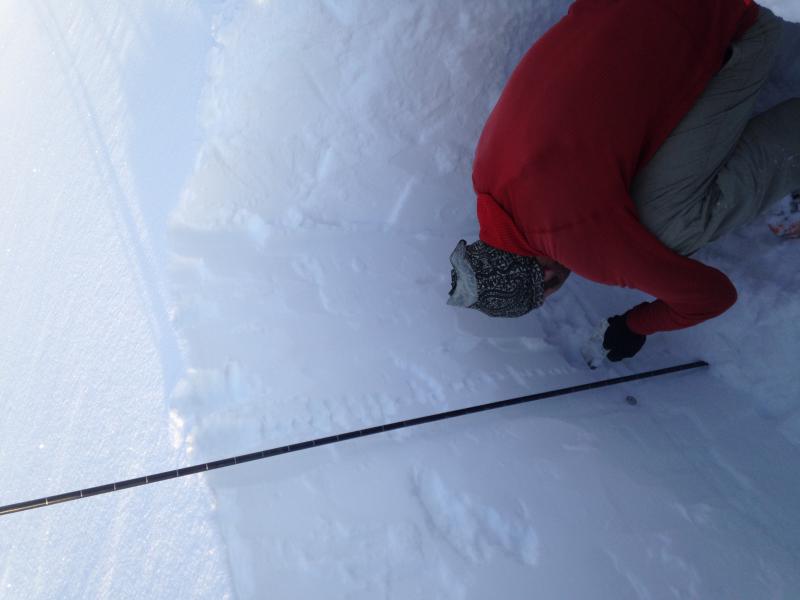 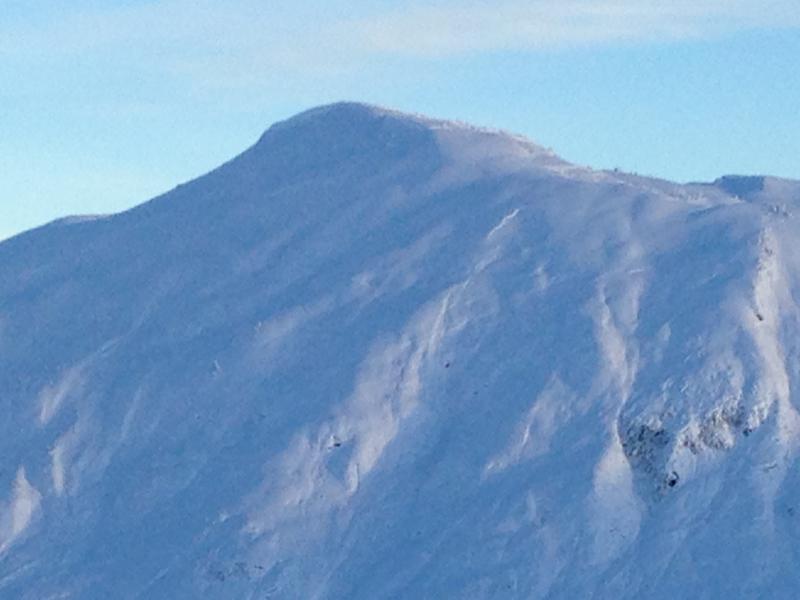 Recent avalanches across main bowl, multiple crowns adjacent to the one visible in this picture 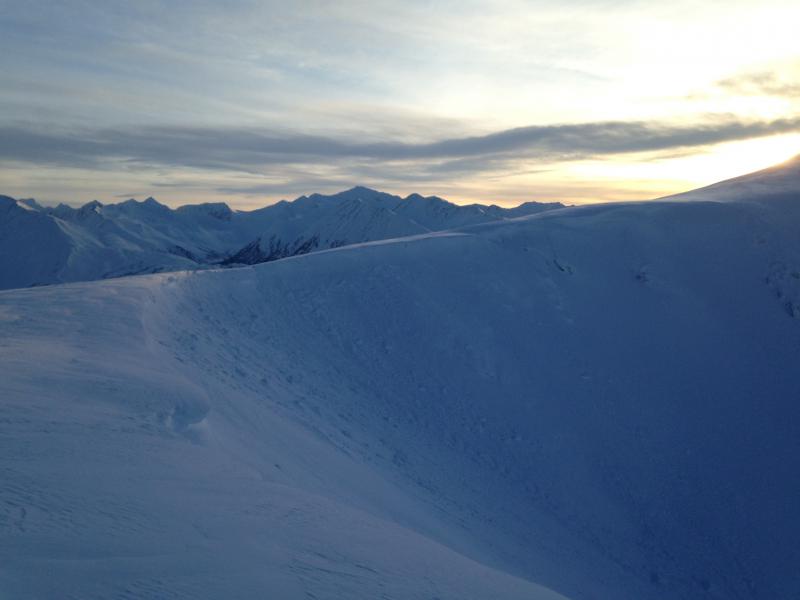 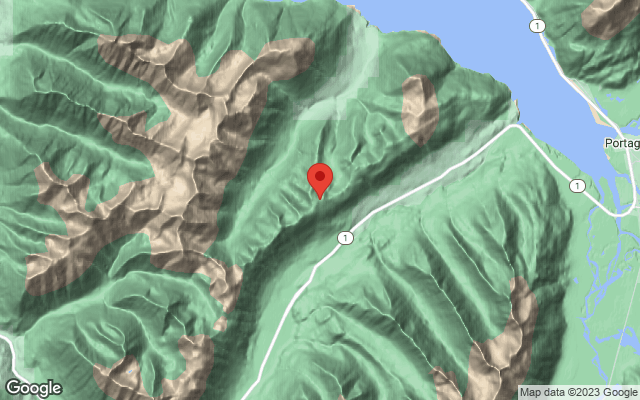