Alder laps on Seattle Ridge between 2,600′ and 1,600′.
Great right-side up powder skiing, with *almost* no signs of instability…some minor whumphs on the flats, and a few kickturn triangles popped out.
Ski penetration was knee+ deep on the skin track.
Boot penetration was bottomless, even the moose were dragging bellies.
On the southern half of Seattle Ridge it looked like every gully probably slid mid-storm (obviously thicker snowpack in runout, with thin snowpack in catchment bowls above), but any avy debris was covered over by 1ft+ of more storm snow.
small cornices had built on some ridges west of the road. Could see larger cornices had built above Sunburst slopes.

Some areas with slight wind effect, but minimal. Very surprising given the wind readings from the weather stations and the obvious signs of wind scouring elsewhere in Turnagain Pass.

Didn't dig, but could feel the basal facets below a crust if pole-probed very deep. We did several similar cornice cut tests as Wendy did on the snowmachine, but on our skis, down low on the flats on a rolls going into the creek. Our cornices also broke off very easily into big blocks, and triggered some of the snow below them, but much less overall movement. So, cornices were very reactive to skier weight, but the steep slopes below were not very reactive. All snow movement stopped while still on the steep slope. 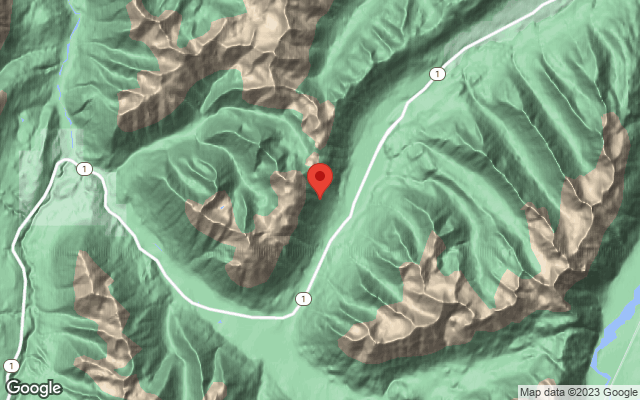