We took the normal skintrack up Sunburst with high hopes but low expectations of making it up to the weather station to replace a broken part. We took our time assessing the snowpack in the area and felt safe enough to get up to the ridge without taking much risk.

We were surprised to see about half as much new snow on Sunburst as we saw on Tincan yesterday. This, along with the absence of any concerning surface hoar at the 4/1 interface, no red flags, no unstable test results, and no fresh avalanche activity in the Taylor Creek drainage gave us enough confidence in the new snow to get all the way up to the top. Not a straightforward travel day, but it paid off in the end and we got the weather station back up and running smoothly. For now…

No shooting cracks, no collapsing, no fresh avalanche activity.

Broken to overcast skies with calm winds and occasional light flurries. Temperatures were warm, but not warm enough to fully melt surface crusts.

Supportable crust on all aspects up to around 1800', with a trace of new snow on top. In the alpine, north and west aspects did not have as much of a crust as southerlies, making for much better surface conditions. On our way out around 4:00 we were pleasantly surprised by some quality corn skiing below 1500'.

The 4/1 storm only dropped 4-8" snow in the Sunburst/Magnum area- compared to the 12-18" we saw at Tincan yesterday. Some of this was likely due to snow settlement, but it seemed like it just snowed harder at Tincan. This played to our advantage because it made for safer travel and allowed us to get all the way to the top without hanging our necks out there. A small glide avalanche released in the steep south-facing terrain below Tincan's Hippie Bowl while we were out (See photo).

We dug three pits- SW aspect at 2000', NW aspect at 2000', and due west at 3200'. I could not find any surface hoar or near-surface facets at the 4/1 interface in any of our three pits. The 3/22 interface was buried about 3' deep at 2000' elevation, and did not break with a shovel shear. The 3/16 interface was only about 3" deeper, and it failed in some compression tests (CT18 Q3, CT25 Q2, CT32-bonus taps). The SH grains had rounded significantly since the last time I dug down to that layer last weekend. All of this was very encouraging in the stability department. 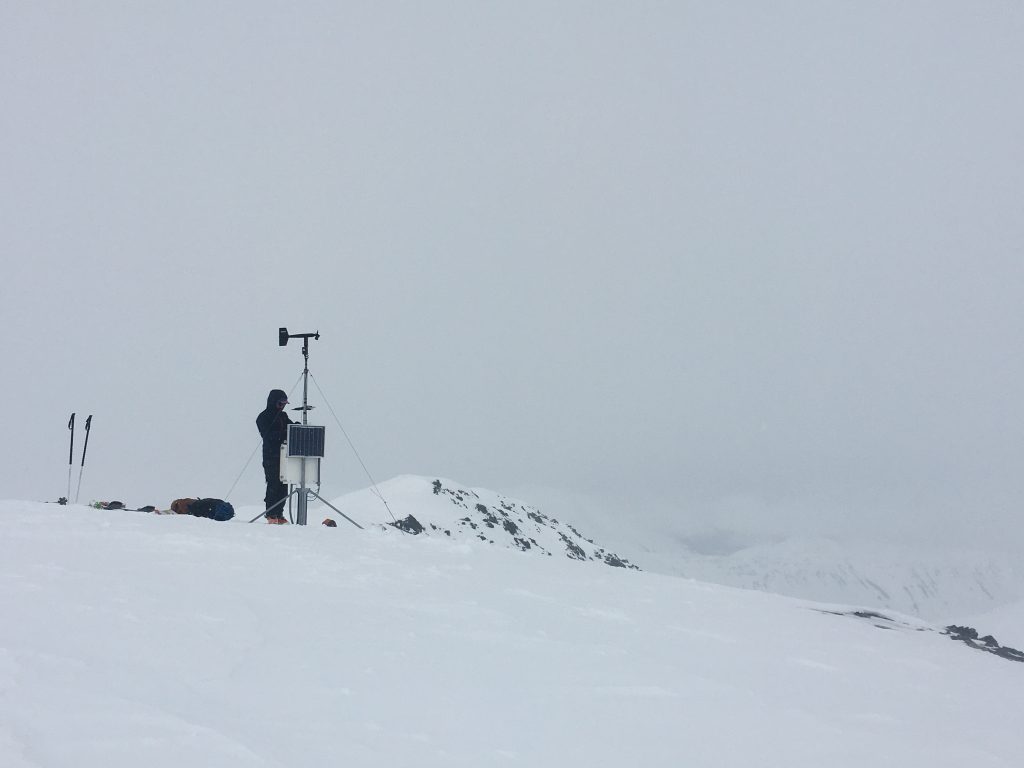 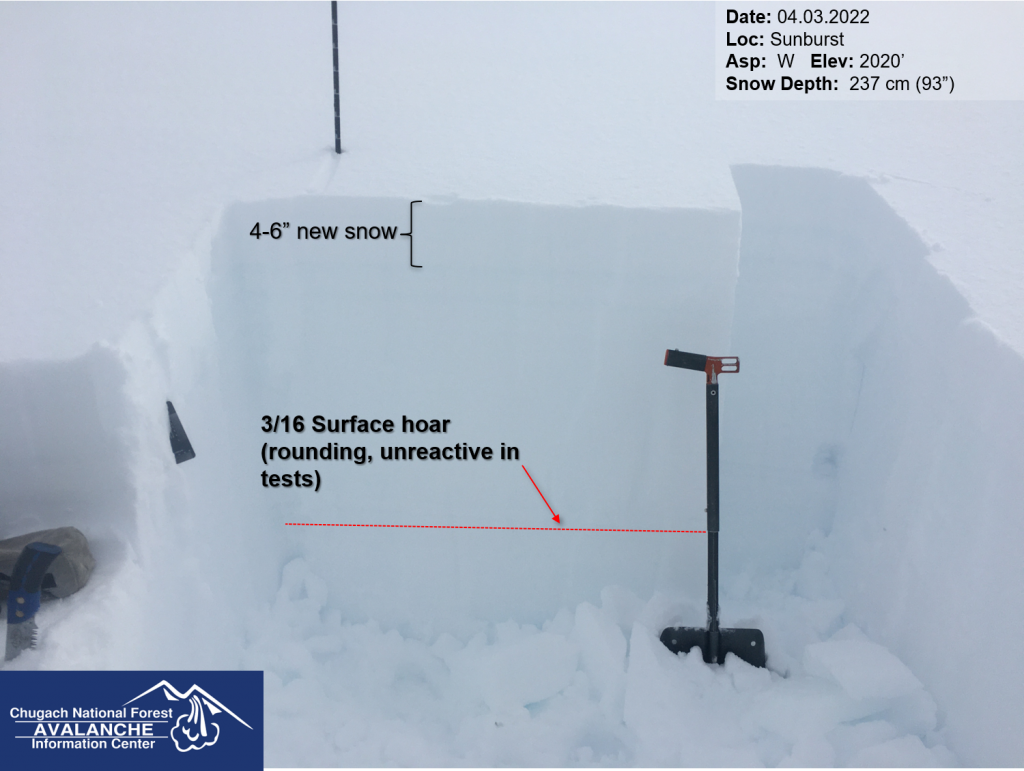 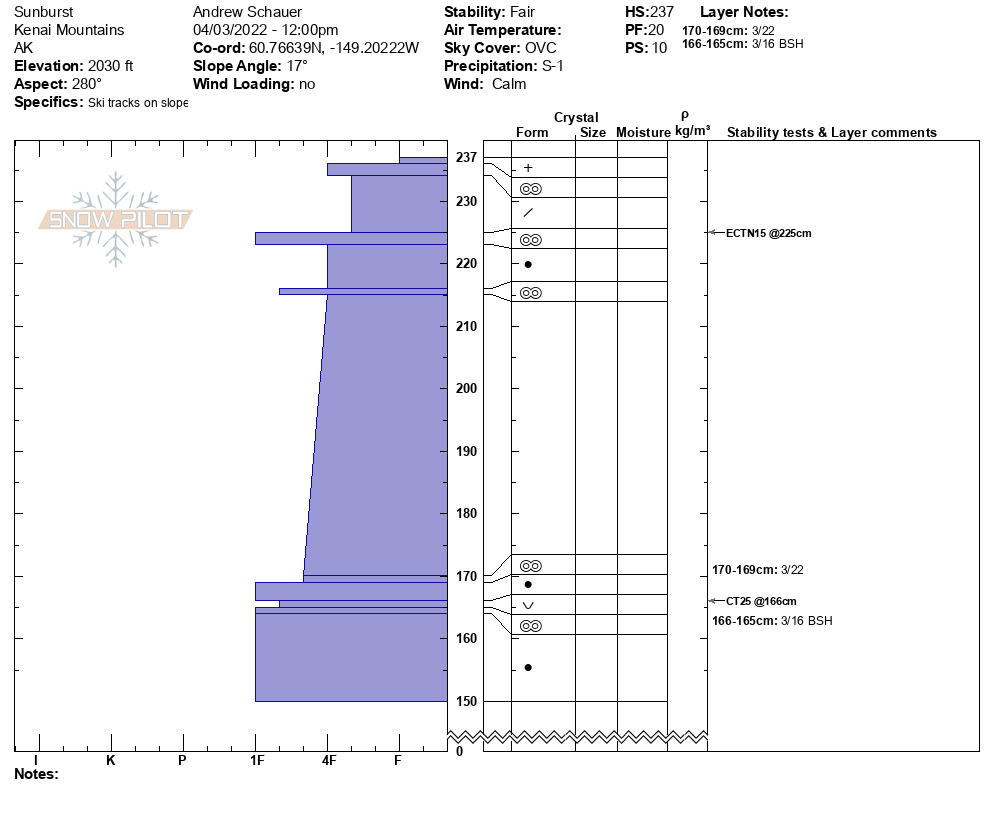 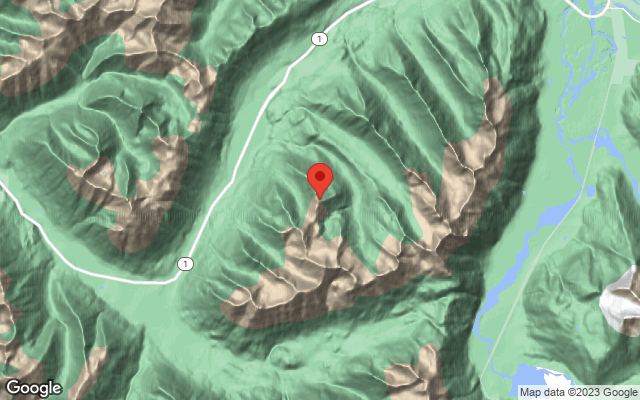