Alaska Avalanche School Level 2 students toured in the Turnagain Pass zone to observe the changes in the surface snow conditions with the incoming storm. Due to high winds and poor visibility, groups were confined to lower elevations, topping out at 2400′.

Very windy day, 20-35mph with quite sustained gusts up to 40+mph, enough to make us brace for balance at times.
It snowed all day with a rate up to 1cm/hour at short periods of time. Accumulation up to 20cm in the leeward areas at highest elevations with the wind redistribution of transportable snow.
Temperatures were mild, hovering at 32F throughout the day.

Surface hoar from previous day was flattened out or blown away on all but most wind sheltered areas in the trees at lower elevations.
Dust on crust conditions at lower elevations, with more soft snow on the top of the surface 2000' and up.
Wind slabs were starting to form above 2300' close to the ridge crest.

Generally unreactive and deep (200cm+) snowpack up to 2200'.
Only few significant test results.
Sunburst: 2300', W aspect, ECT14PC @ 64cm down at new/old snow interface with some rounding facets on crust.
Cornbiscuit: 2000', E aspect, ECTN8PC@15cm down on rounding facets above crust.

Small wind loaded test slopes & wind lips on small terrain features were touchy and might give a glimpse of what is going on in the alpine with the winds whipping the new snow around. 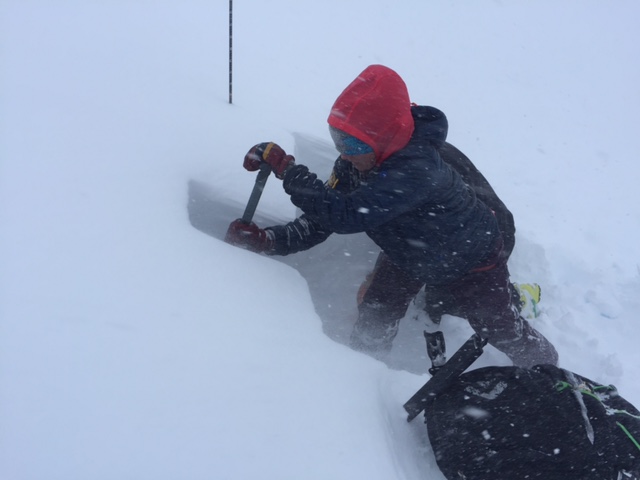 Windy day for observations on Sunburst. Not many recreational skiers out. 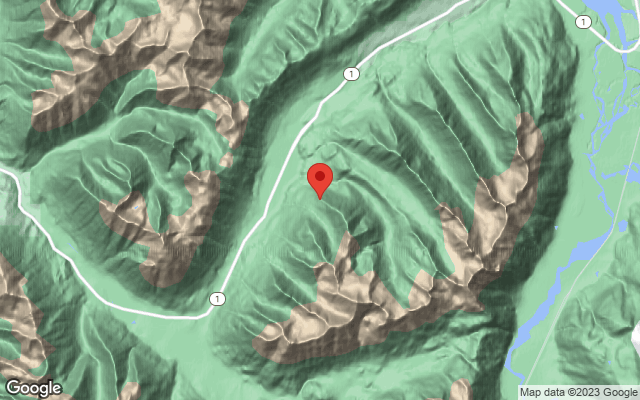